Patriarch John X of Antioch and All the East visited Sheikh Nahyan bin Mubarak Al Nahyan, the Minister of Tolerance and Coexistence, accompanied by Bishop Gregorios Khoury, and the President of the University of Balamand, Elias Warraq.

During the meeting, Patriarch John X expressed his deep joy at this fraternal meeting and the tight relationship with His Highness and through Him with the United Arab Emirates as a whole. The Patriarch of Antioch thanked His Highness for His constant support to the University of Balamand through the Sheikh Nahyan Center on the university’s campus in Balamand.

Sheikh Nahyan welcomed Patriarch John X and the accompanying delegation and stressed before Him the importance of the pioneering role of the Antiochian Patriarchate and the University of Balamand at all levels, despite the difficult conditions and circumstances experienced by the region in general and Lebanon in particular. He also stressed the need to preserve human dignity and the right to a decent life in an ambiance of security, safety, and stability.

At the end of the meeting, Patriarch John X and Elias Al-Warraq presented Sheikh Nahyan with an honorary doctorate degree for his valuable contributions in promoting cultural pluralism, religious dialogue, and tolerance.

Following that, Patriarch John X and the accompanying delegation toured Dubai Expo 2020 and visited the Syrian and Lebanese pavilions. The Patriarch praised the valuable and distinguished efforts of everyone in charge of the two pavilions to show the richness, distinction, and civilization of the two countries.

The Patriarch of Antioch wished the organizers and participants success, hoping that the participation in this exhibition would offer a space of hope and an opportunity to rise from the multiple crises surrounding the two countries.

During the visit, Prince Salman bin Hamad Al Khalifa, Crown Prince and Prime Minister of the Kingdom of Bahrain arrived at the exhibition to celebrate the Kingdom’s National Day. The Patriarch met him with Sheikh Nahyan and congratulated Him on the occasion, as He visited the private pavilion in Bahrain. 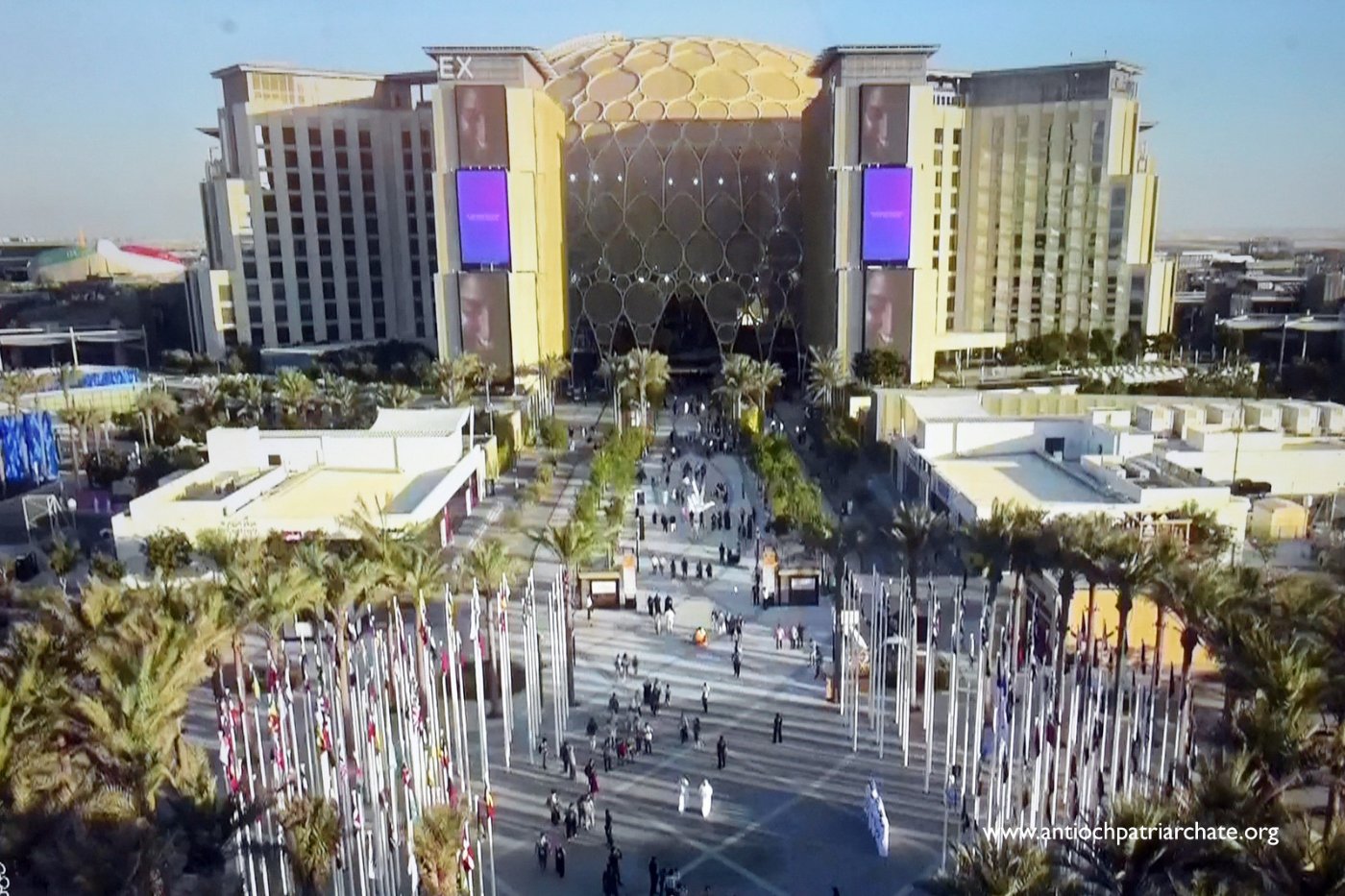 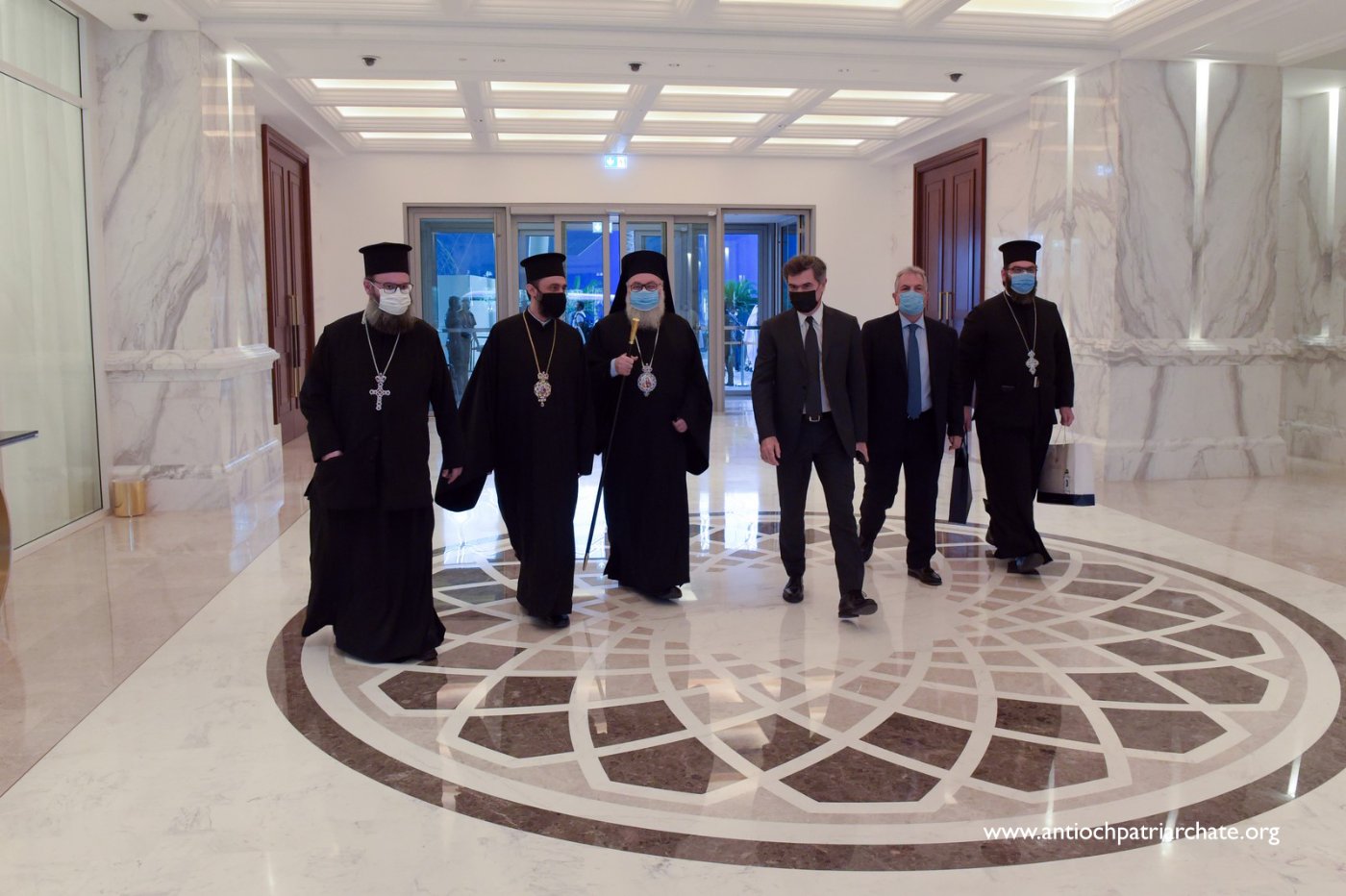 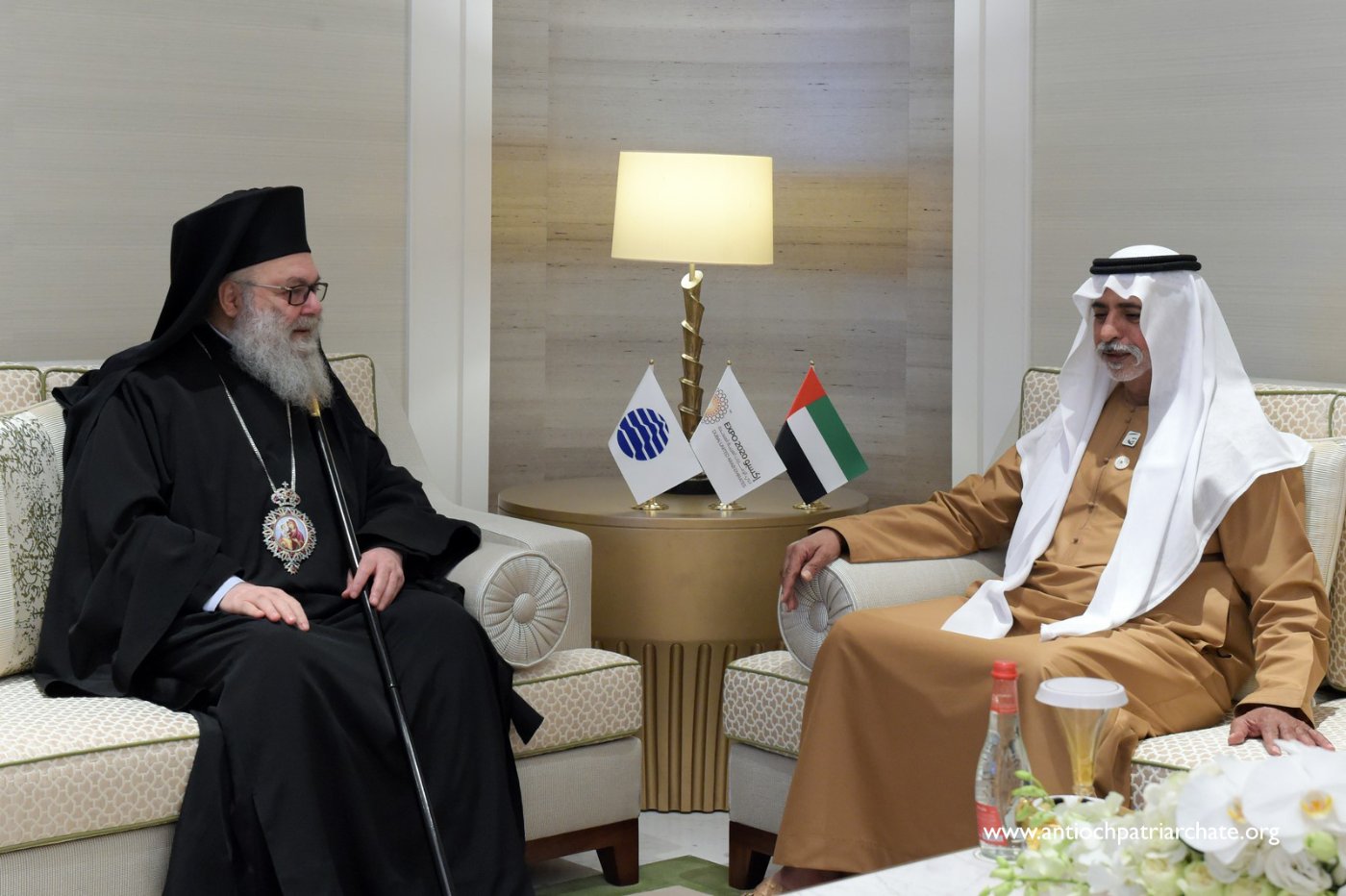 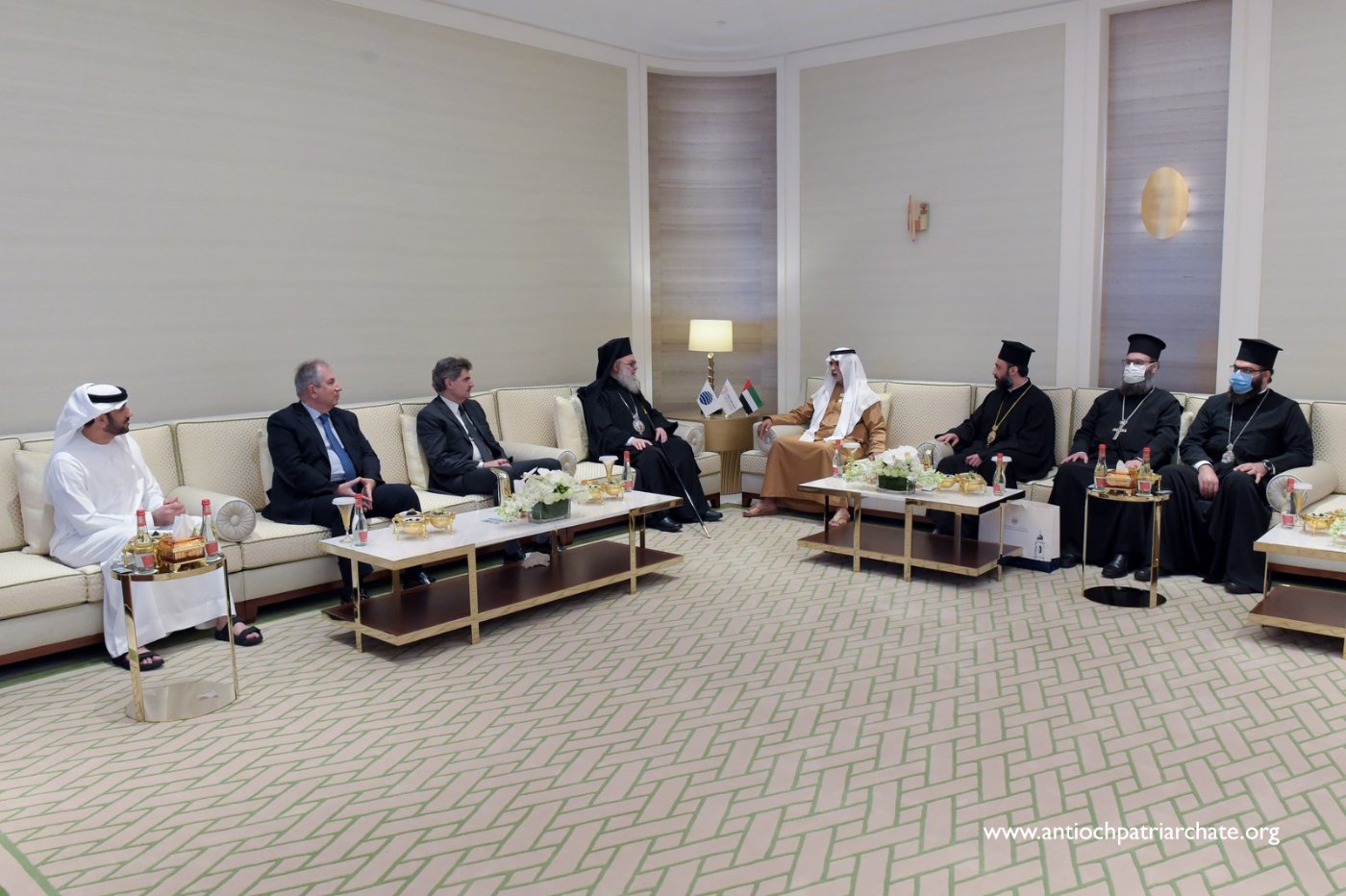 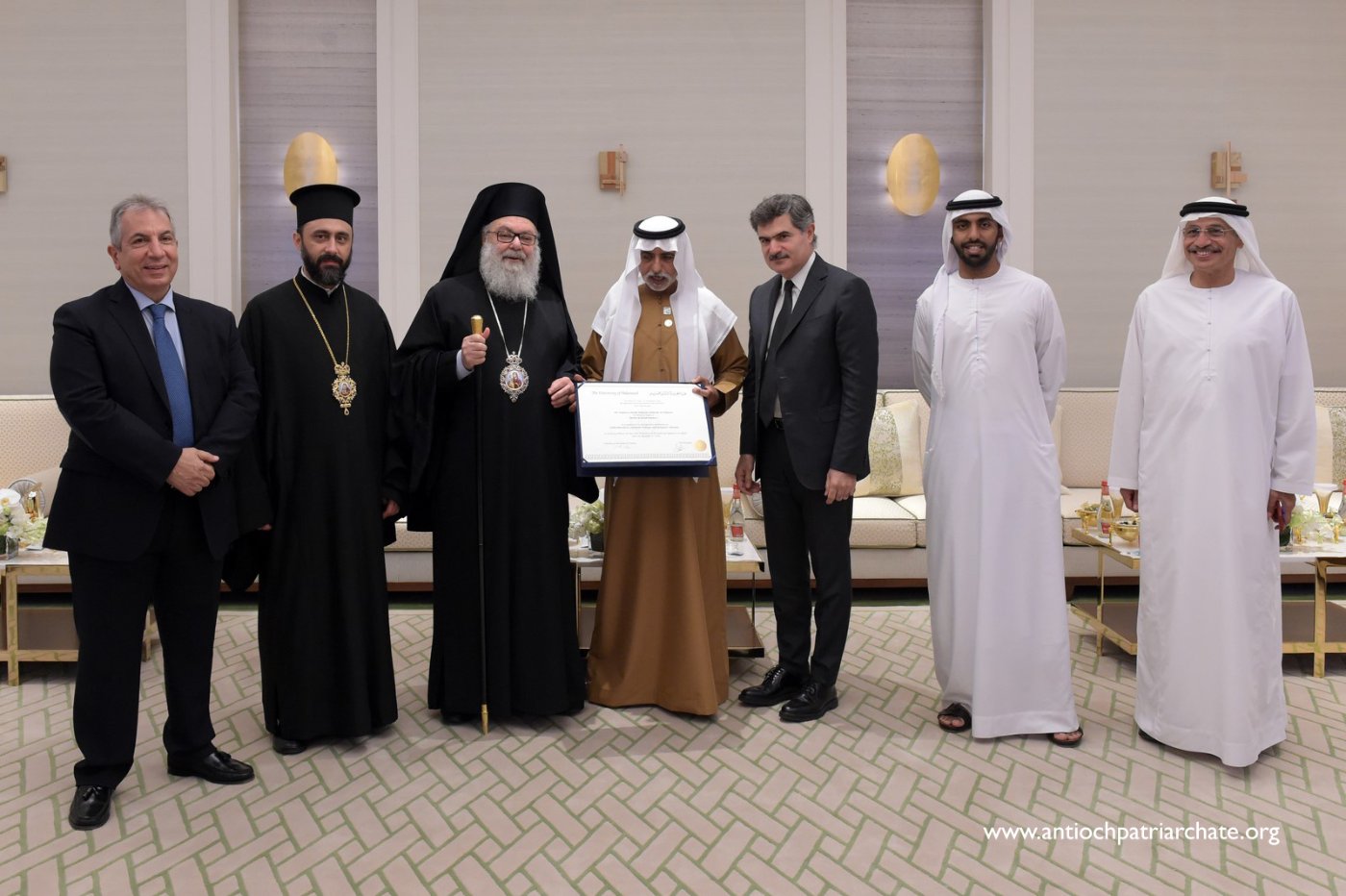 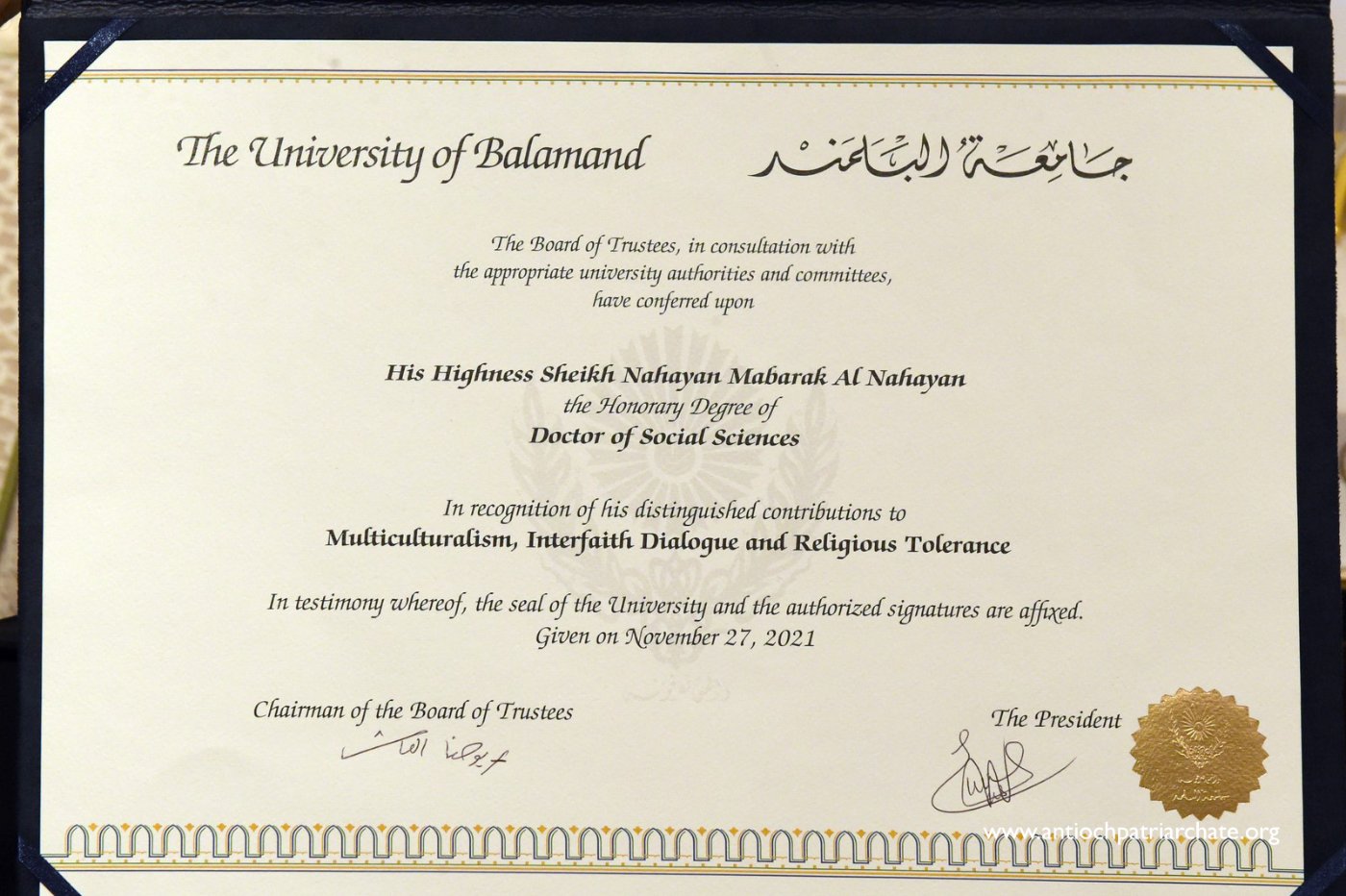 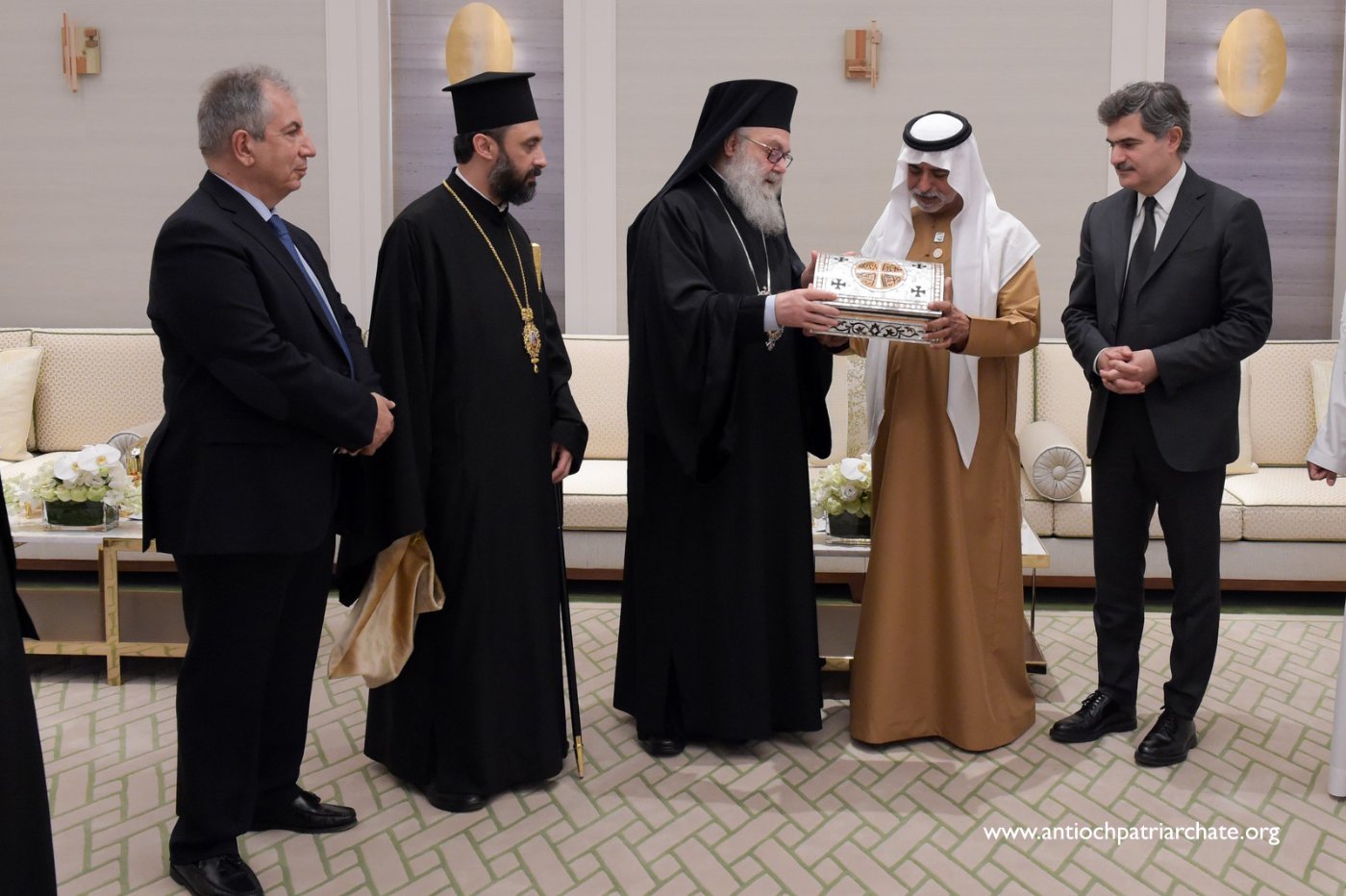 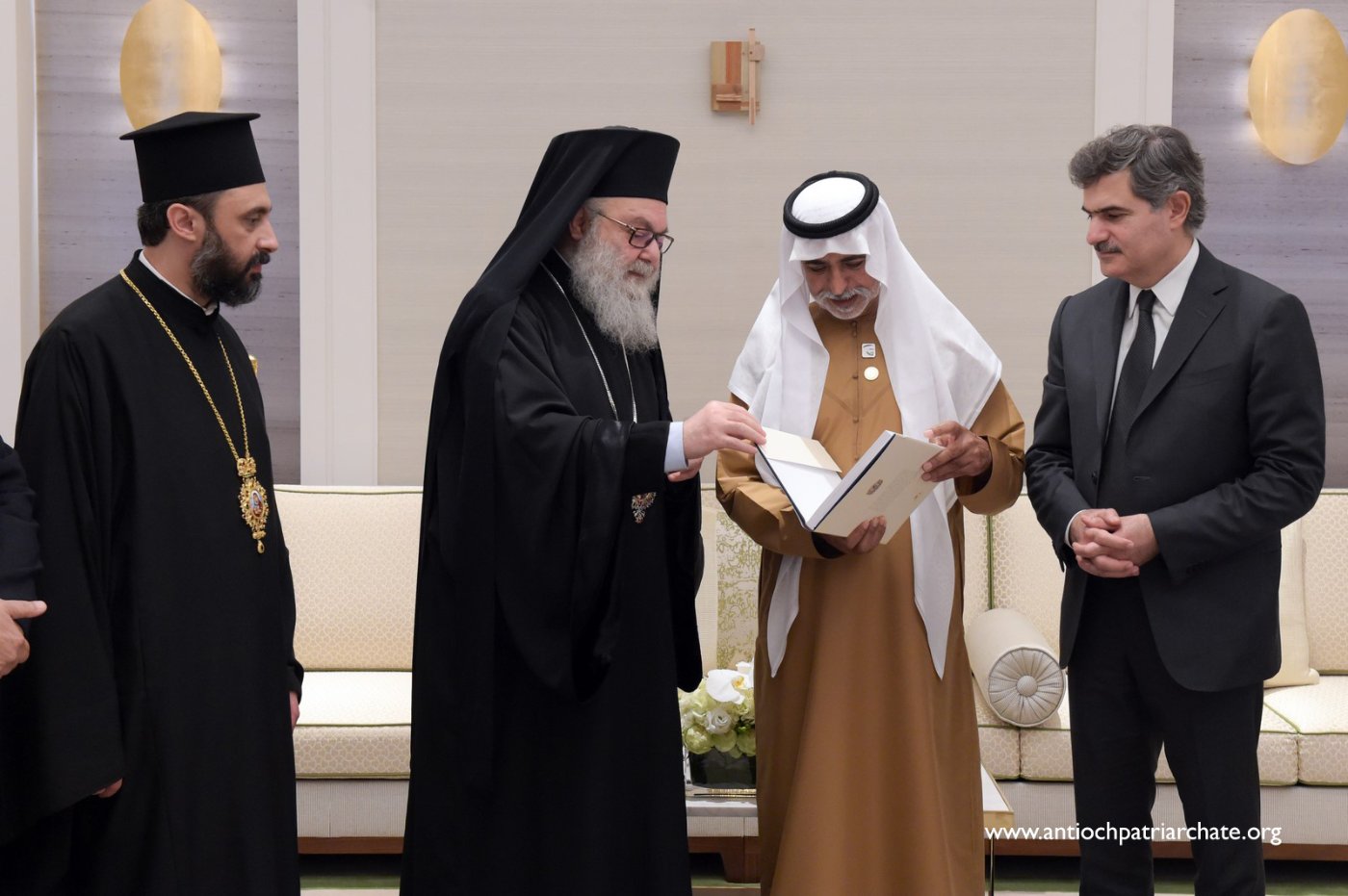 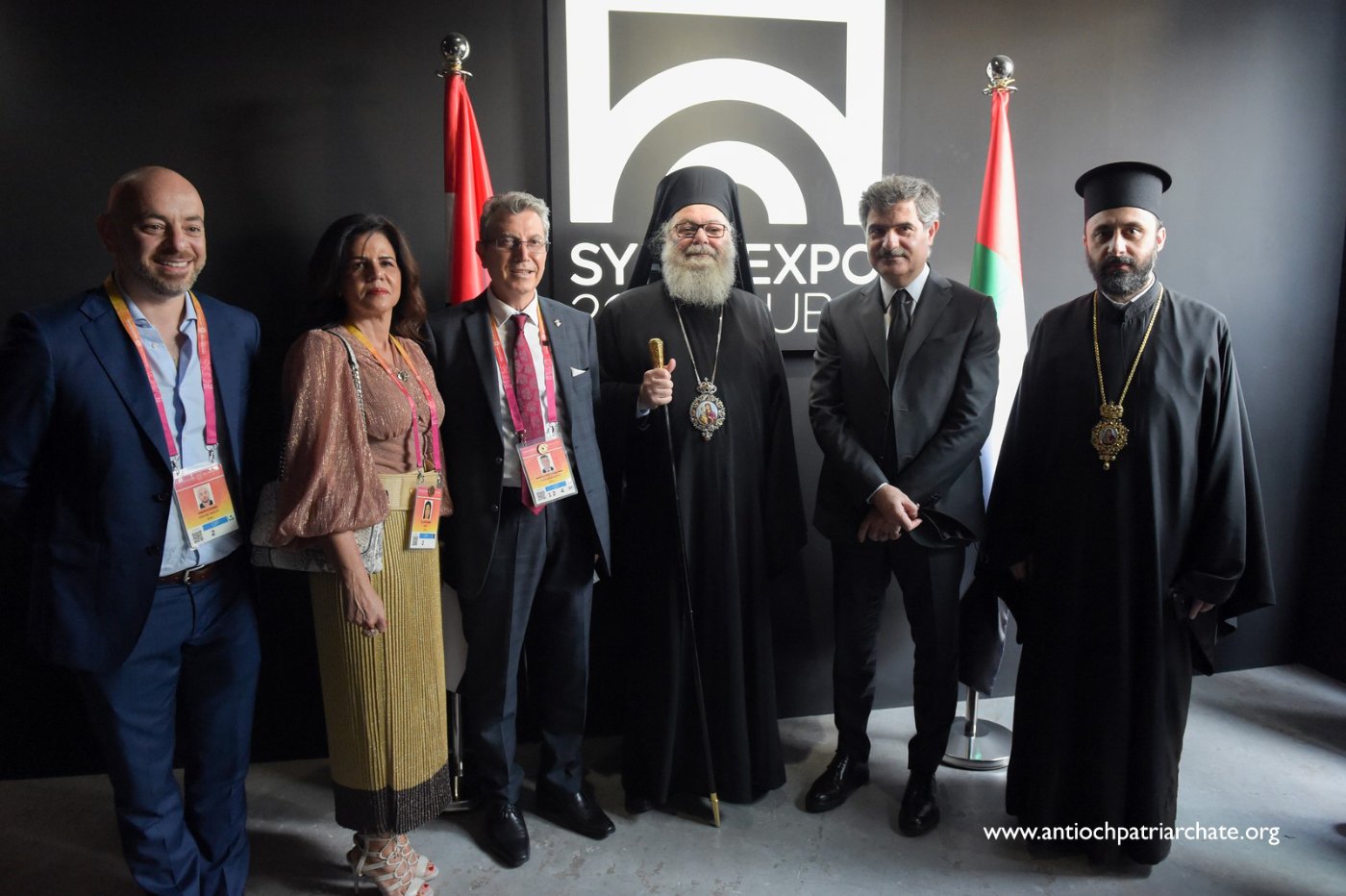 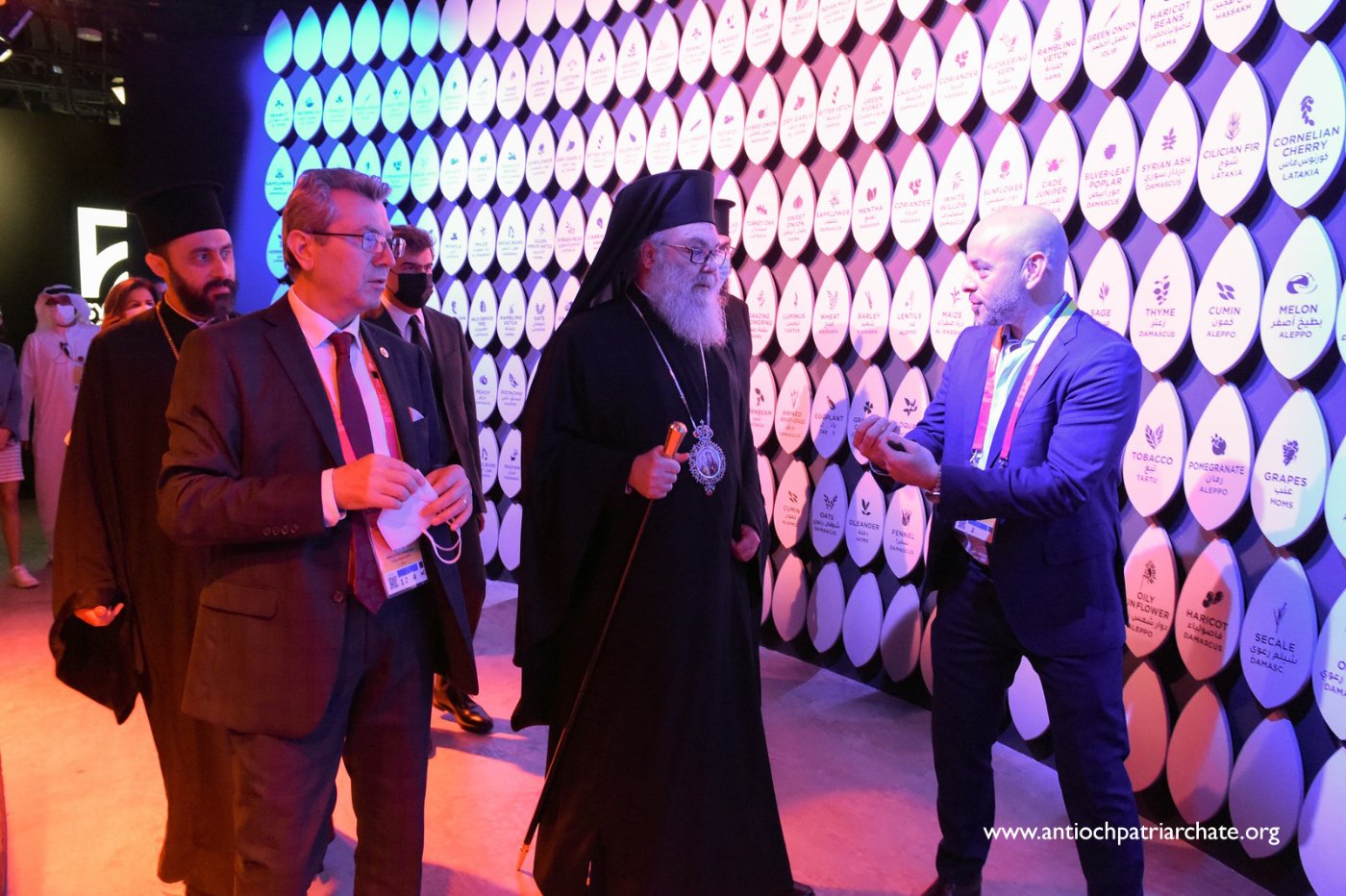