Patriarch John X of Antioch and All the East, Dean of the Congregation for the Oriental Churches in the Vatican, received Cardinal Leonardo Sandri at the Patriarchal Headquarters in Damascus, accompanied by the Pope’s representative to Syria, Cardinal Mario Zenari and Monsignor Flavio Bacchi.

His Eminence, Ephraim Maalouli, the Metropolitan of Aleppo was also present. Bishop Moussa El Khoury, the Patriarchal Vicar Bishop Gregorios El Khoury, and Bishop Youhanna Batch were among the attendees.

The meeting was held within the program of the Cardinal’s visit to Syria.

Several topics were dealt with, most notably the general situation in the Middle East, especially in Syria and Lebanon, the state of Christians in particular, and the relationship between the Orthodox and Catholic churches. 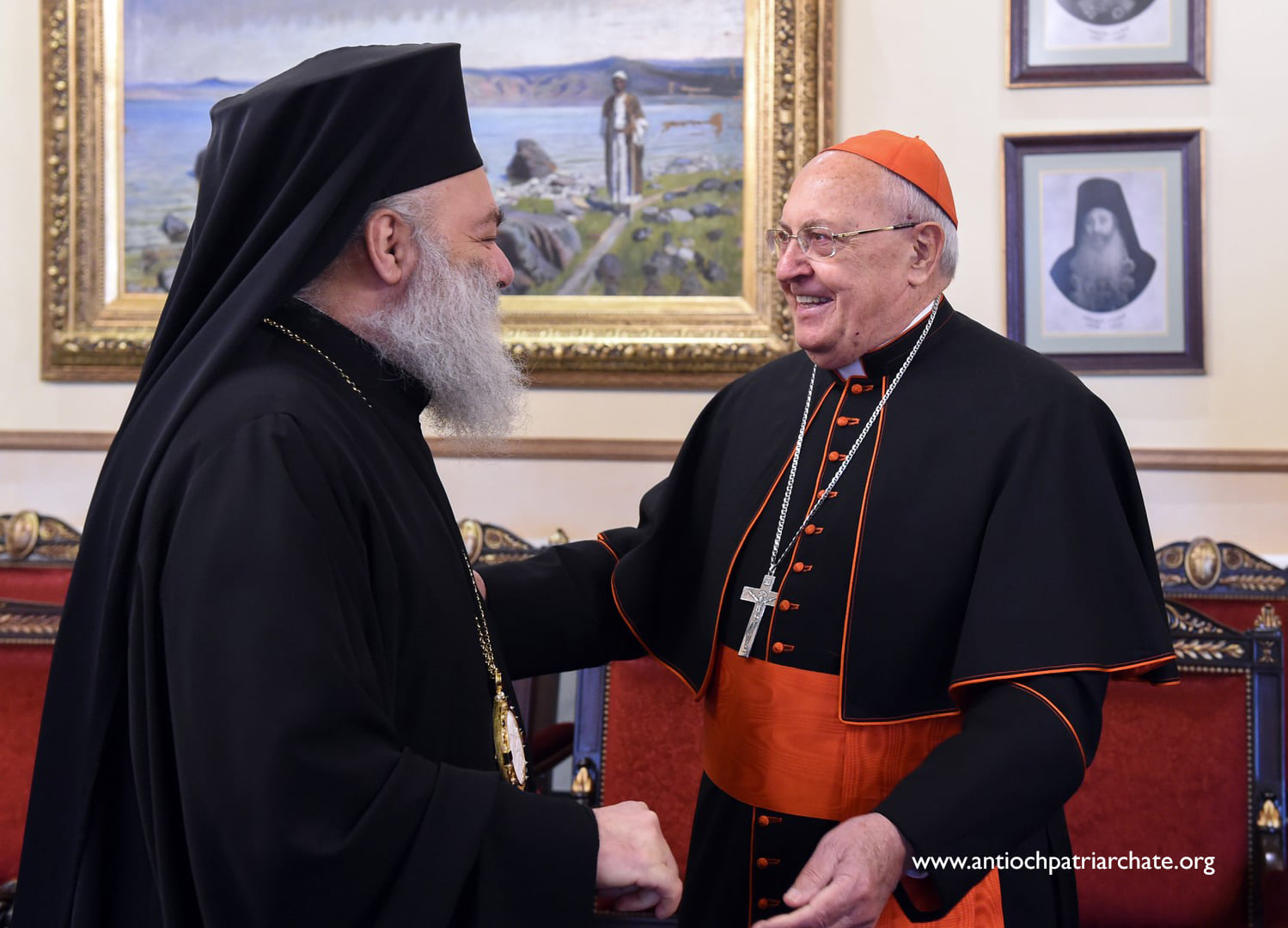 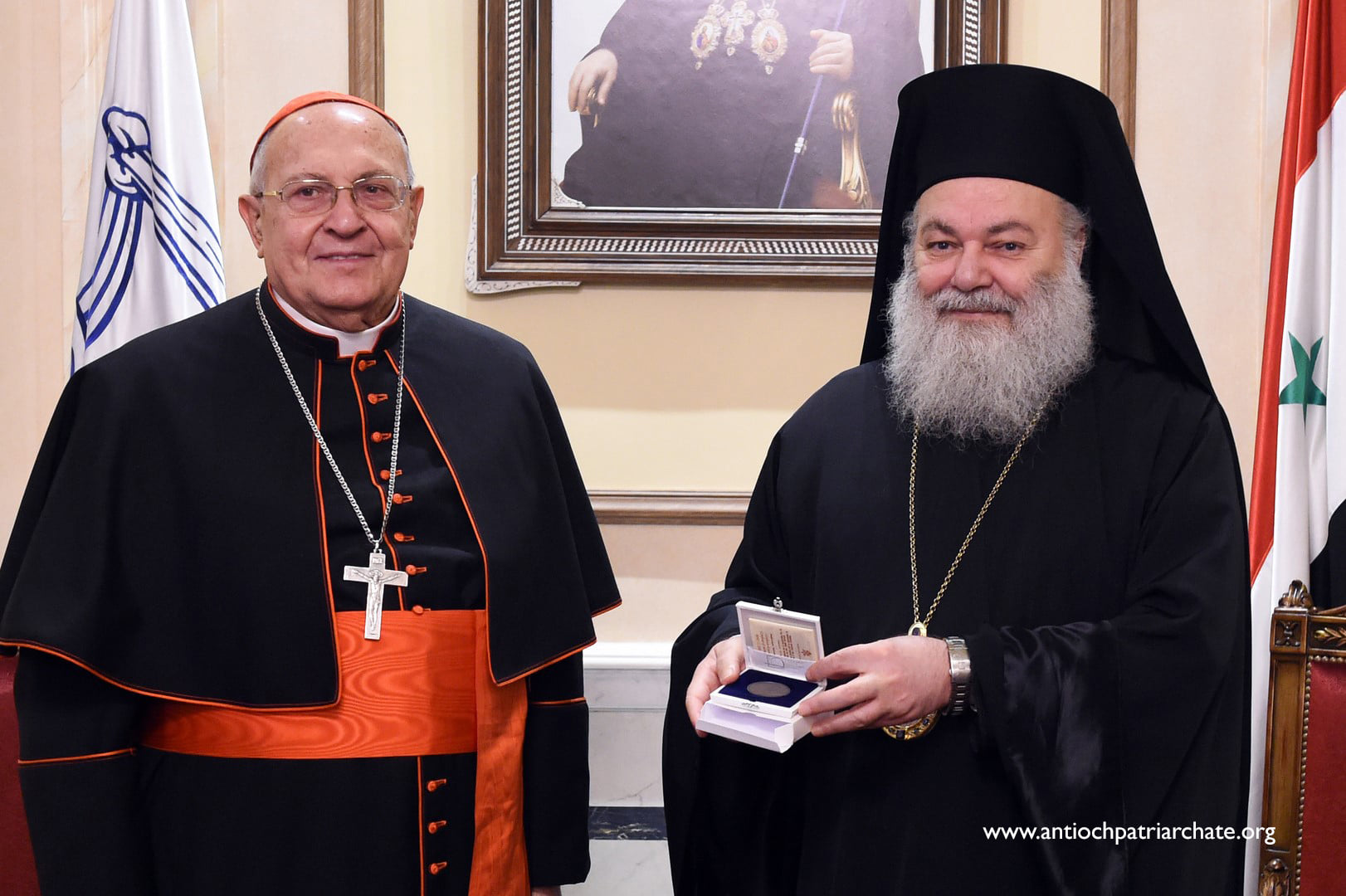 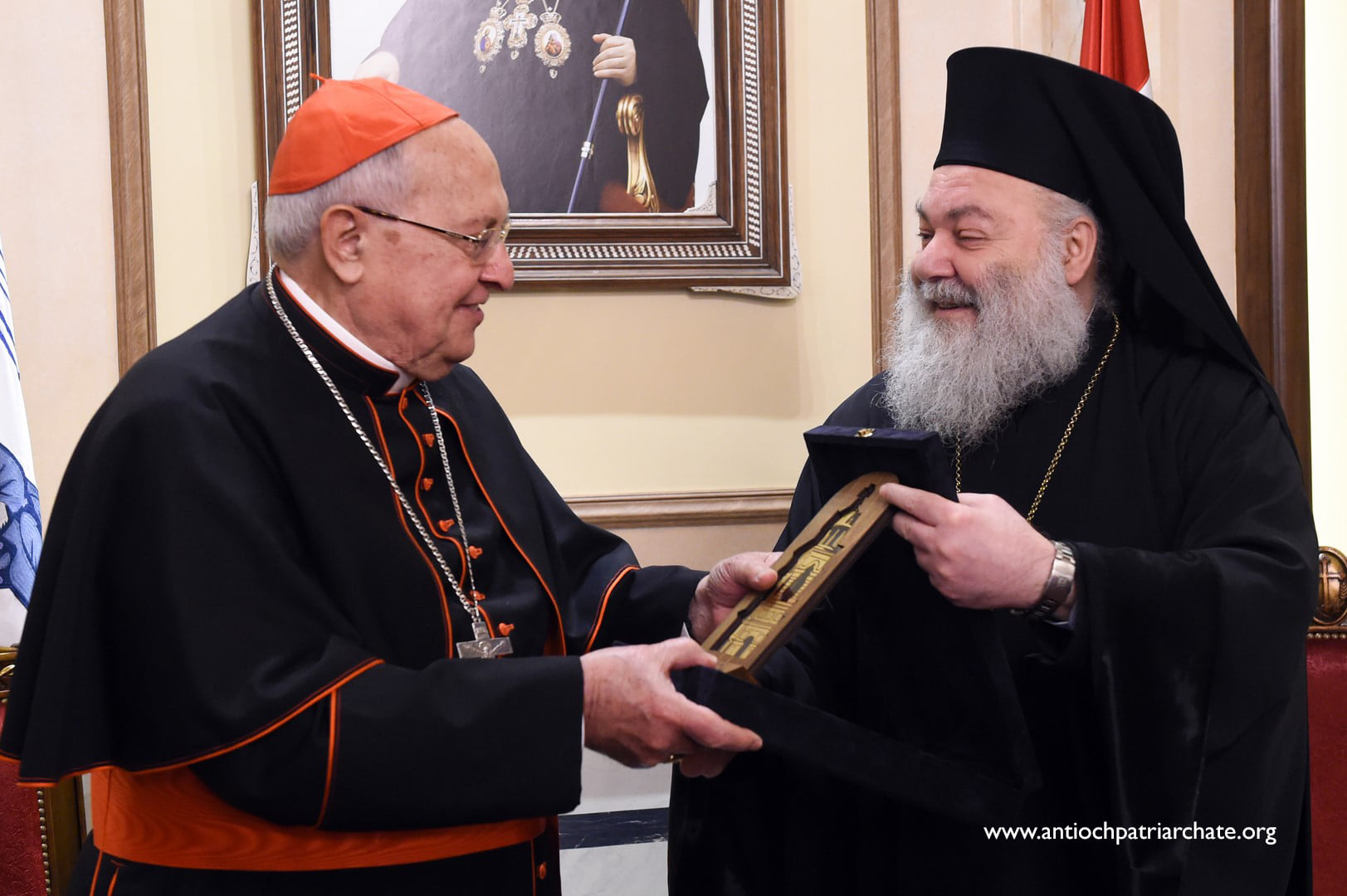 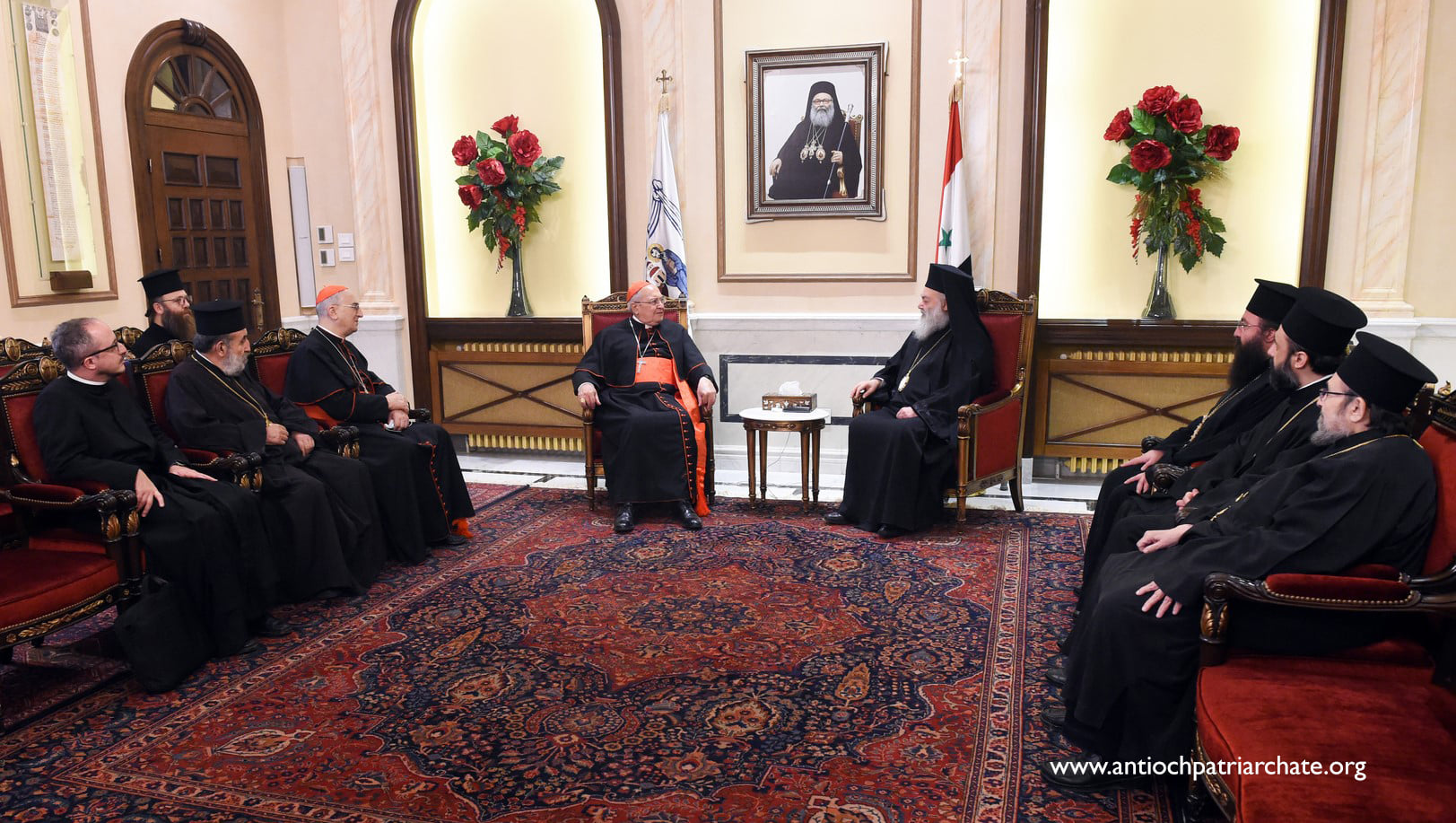 Patriarch of Antioch met the Crown Prince of Abu Dhabi

Metropolitan of Korea: The family institution is going through a great crisis in our time