Patriarch Theodore II of Alexandria and All Africa presided over the Patriarchal Divine Liturgy at the Holy Temple of the Holy Apostles in Bukoba, on October 20, 2021.

The Patriarch, along with the Bishops Agathonikos of Arusha and Central Tanzania, Silvester of Gulu and Eastern Uganda, and the Patriarchal Commissioner of Bukoba Archim. Chrysostomos spoke to the people of Bukoba about the power of the Mission and the work done by all who passed through the land of Africa, with the aim of sowing and cultivating the word of Christ.

Specifically, as Patriarch Theodore underlined, the steps of the Orthodox Missionaries were not lost in the jungle. They trampled the soil, the soil blossomed, spiritual flowers blossomed, and became trees for the suffering people to rest in their shade. They became rivers to quench the thirst of the thirsty souls of so many Africans.

Then the Spiritual Father of the entire African continent addressed spiritual instructions to the Patriarchal Commissioner of Bukoba, Chrysostomos, emphasizing that the field of Christ must be cultivated. And if weeds come so that he will not be disappointed, the Lord will be near him, the tears of Our Lady will be the raindrops that will water the earth and increase the fruits.

Closing his speech, the Patriarch thanked the Bishops, Fr. Chrysostomos, and his associates.

Before the dismissal, the Prelate of the Church of Alexandria ordained 3 Hierarchical Commissioners and 2 spiritual fathers, thus rewarding their efforts and struggles for the progress of the Diocese.

A festive event followed by the Parishes of the Diocese, but also by the Youth in honor of the Patriarch in the courtyard of the Church of the Holy Apostles.

Afterwards, the Patriarch of Alexandria had a meeting with the Governor of Bucoba, Charles Bouge, who briefed him on the multilevel work of the Patriarchate throughout the African continent.

Later, the Patriarch visited the Ikiba area, where he was welcomed by the Priests and the residents of the area. There, the Patriarch inaugurated the Kasikizi Camps “PEACE AND JOY OF CHRIST”.

The third day of the Patriarch’s presence in Bukoba ended with his visit to the “AGIOS SOSTHENIS” High School, where more than 200 students were waiting for him and welcomed him with joy and rejoicing. The Patriarch had the opportunity to talk to the students, to whom he wished to progress in their studies, to be diligent, to be able to follow the train of life, and assured them that the Orthodox Church and especially their Spiritual Father and Patriarch Theodore will always be by their side.

On Thursday, October 21, 2021, and before his departure from Bukoba for Dar es Salaam, the capital of Tanzania, the Patriarch visited the Holy Monastery of St. Makrina Kibouye, where he performed the service of the Rassophoria of three nuns and the sanctification rite of the new wing of cells of the Monastery.

It is worth noting that the Monastery of Agia Makrina is located above the “Spinalonga” of Tanzania, three villages inhabited exclusively by AIDS patients, the care and education of which has been undertaken by the Diocesan Mission of the Diocese, consisting of doctors and teachers. 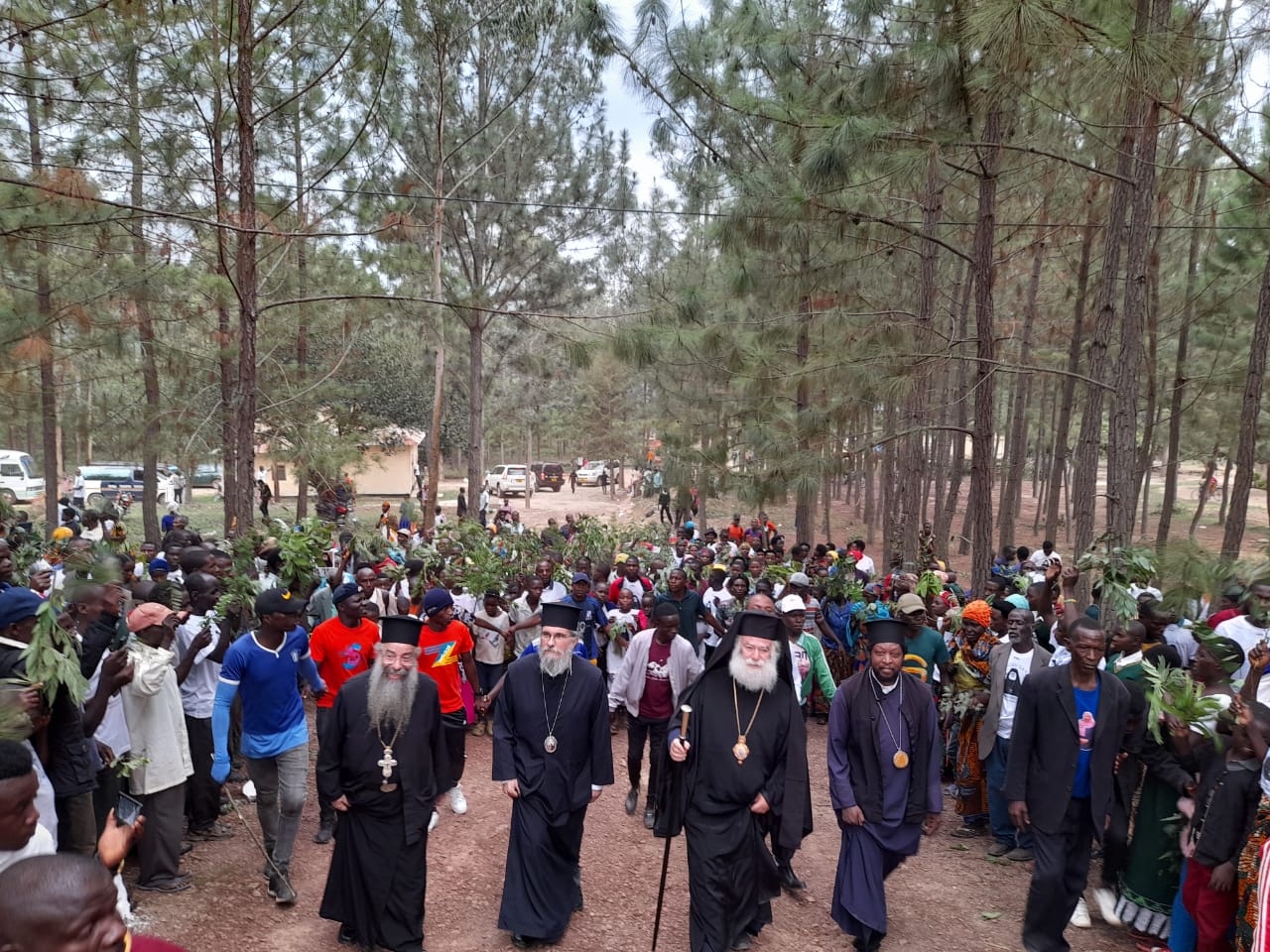 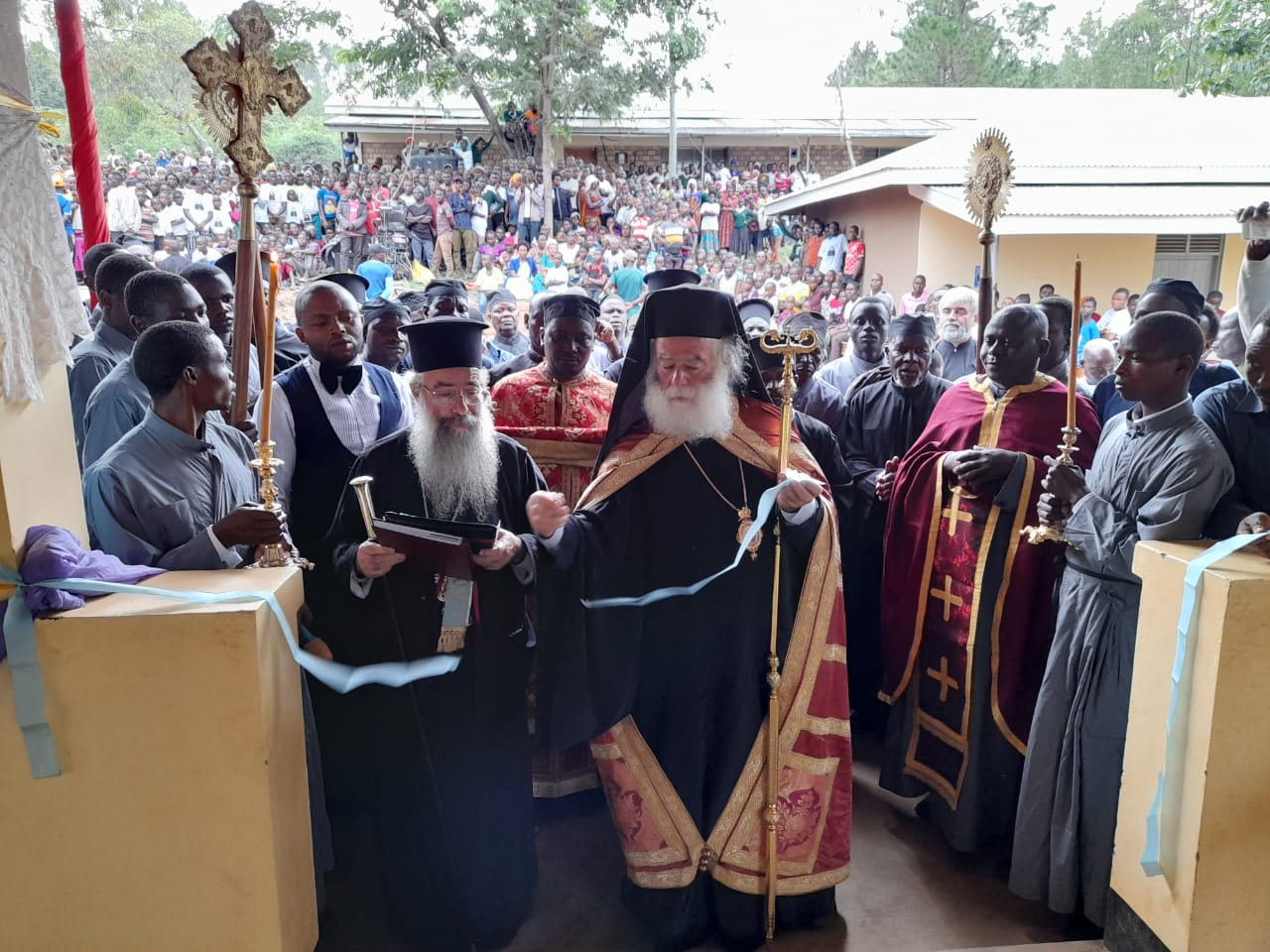 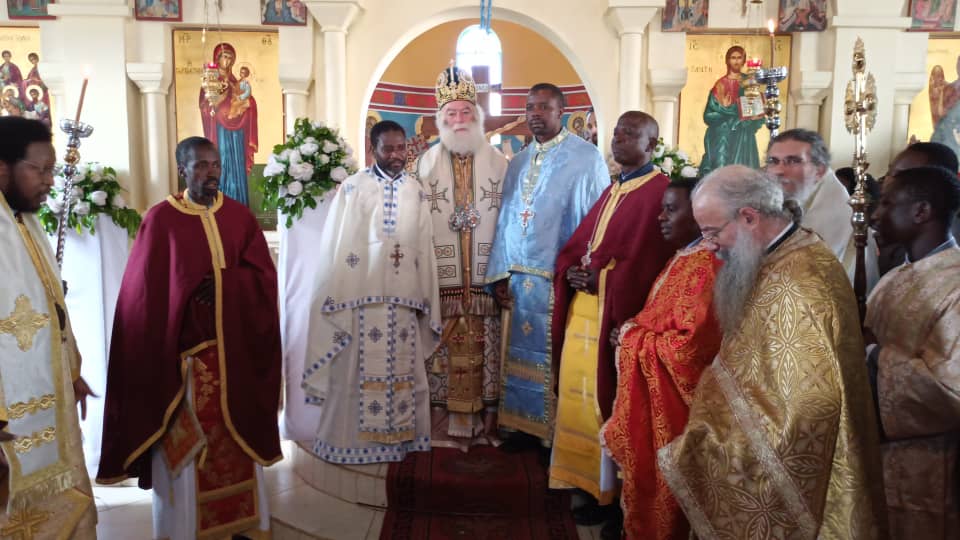 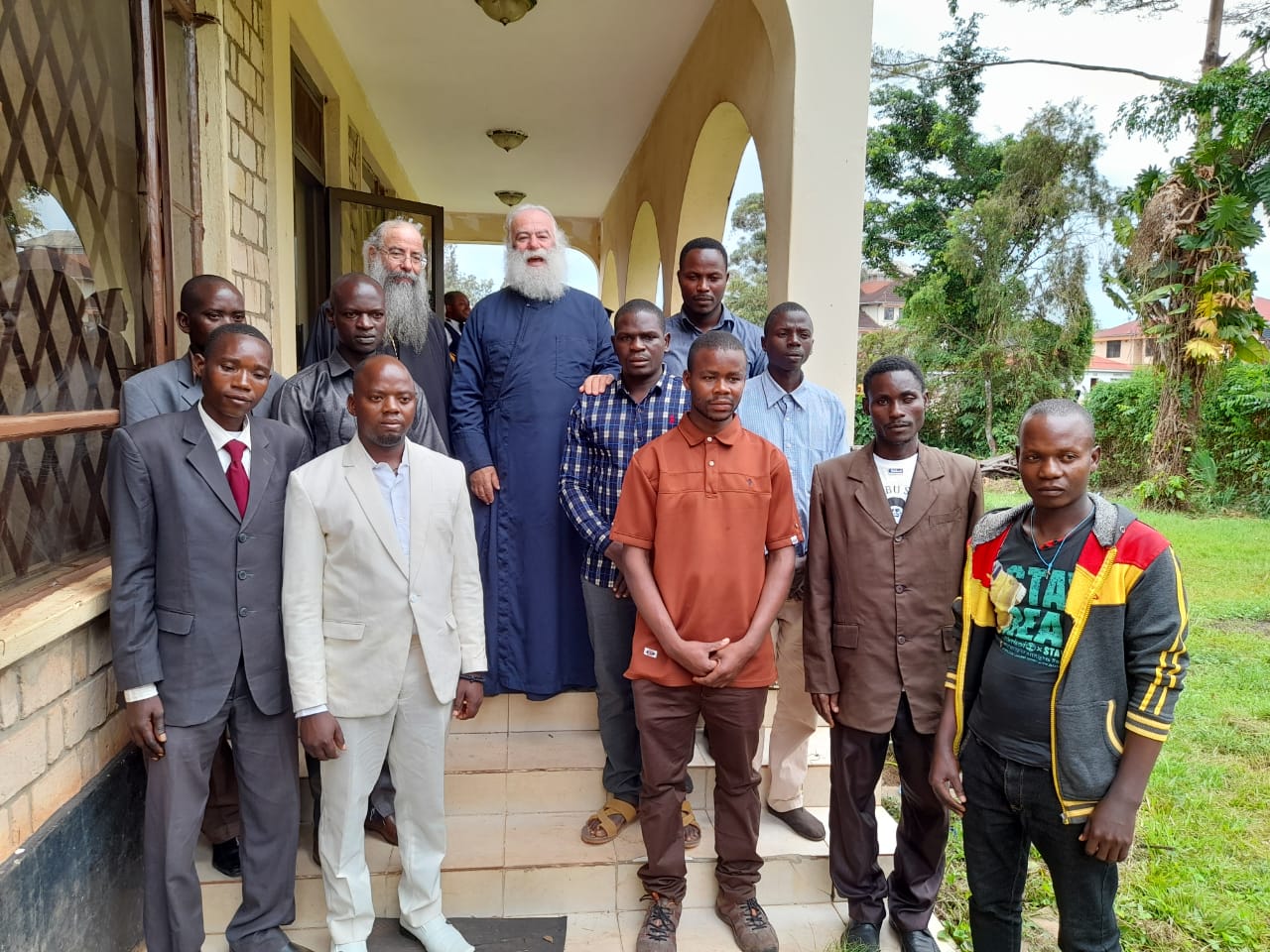 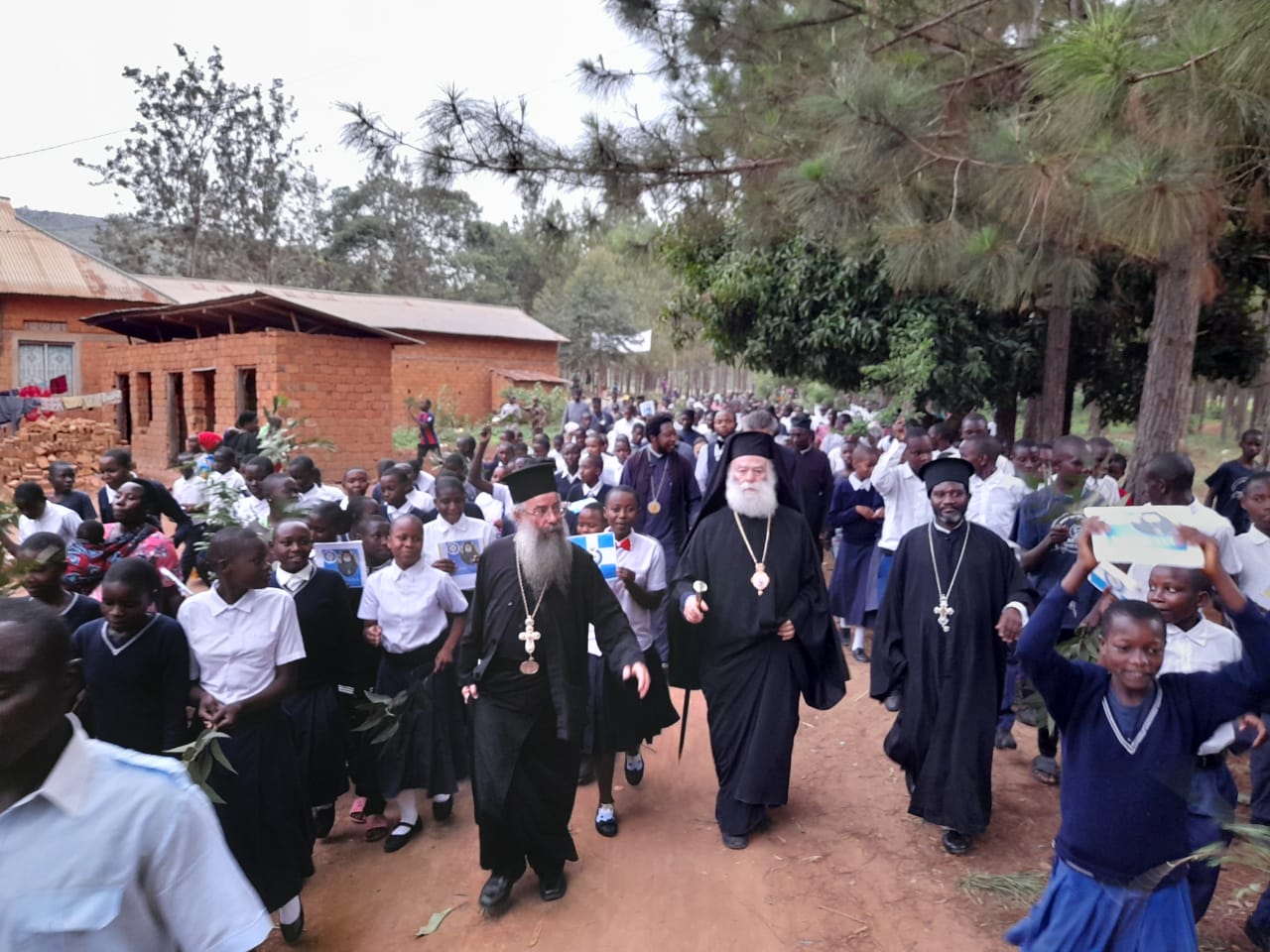 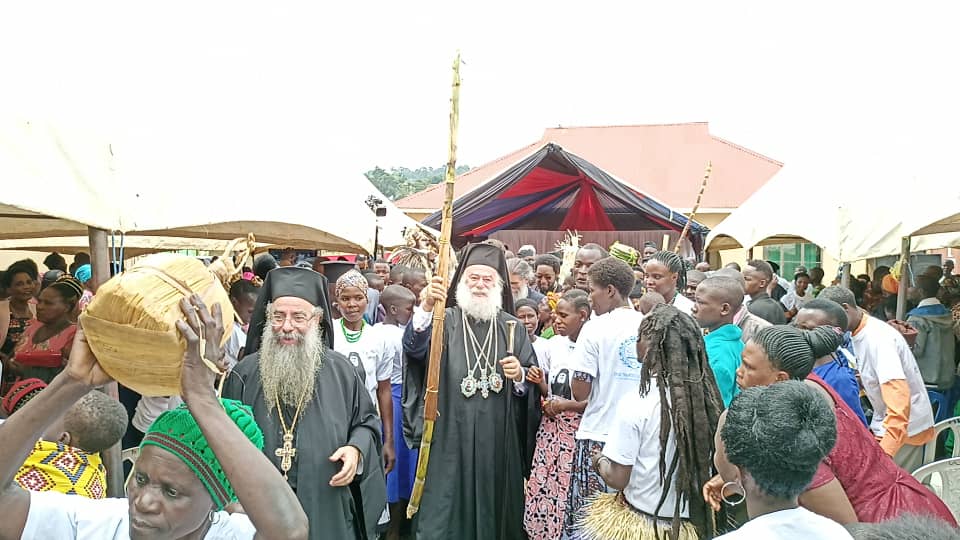 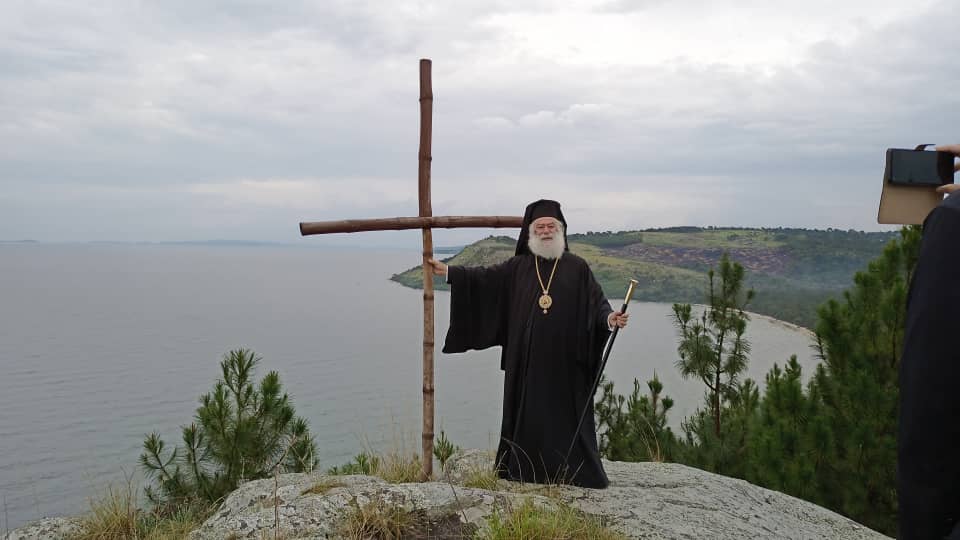 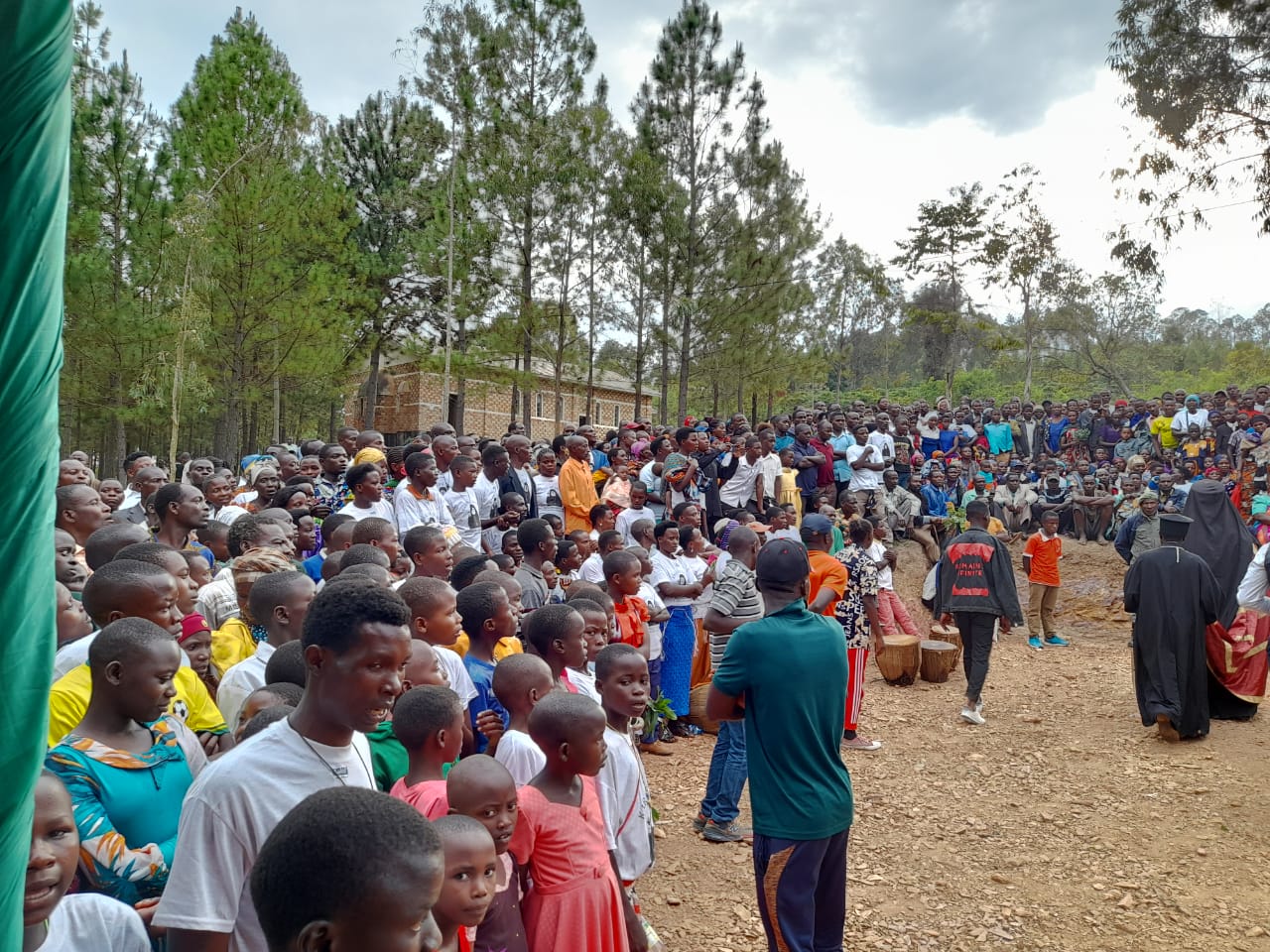 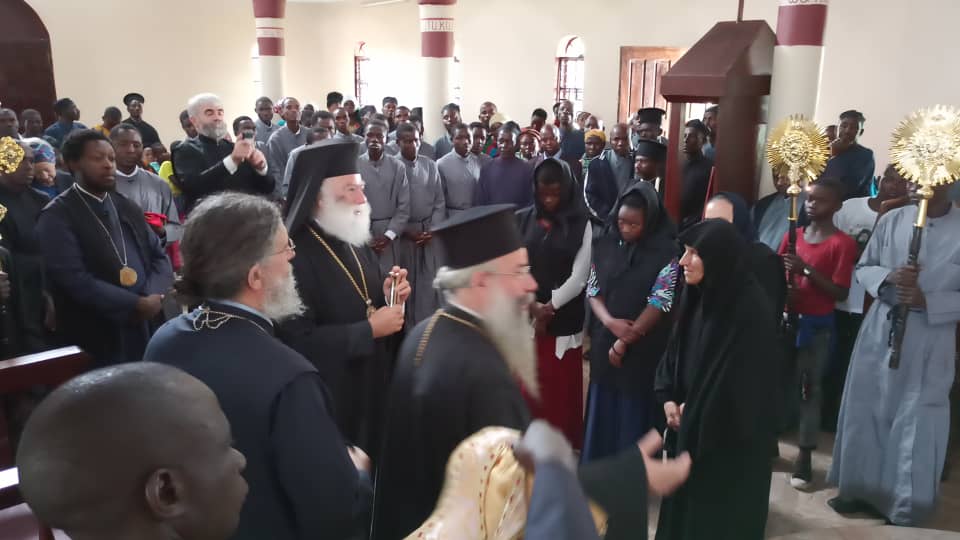