Patriarch Theodore II of Alexandria and All Africa flew together with his entourage on Tuesday, November 23, 2021, to Gaborone, the capital of Botswana.

At the airport, the Patriarch was welcomed by the Chairman and members of the Greek Community.

The Patriarch of Alexandria has repeatedly expressed his special weakness for Botswana, because as the Metropolitan of Zimbabwe, he often visited the country and the local community, having developed close ties with Greek families.

On the following day, Wednesday, November 24, 2021, Patriarch Theodore officiated at Orthros and the Divine Liturgy at the Serbian Church of St Savvas in Gaborone.

The Divine Liturgy was served by the Chief Secretary of the Patriarchate of Alexandria Archimandrite Nicodemus Totkas and the Serbian Priest Fr Isaiah Markovic, in the presence of the Ambassador of Serbia Goran Goran Vujičić, the Honorary Consuls of Greece Michael Sioutas, and of Cyprus George Kazantzis, the founder of the Serbian community in Botswana Mike Nicolic, as well as many faithful Christians fro the Greek and Serbian Communities.

Patriarch Theodore spoke warmly about the small Serbian community and praised it for the construction of the Church and the spiritual center, which were completed in a short space of time.

Admiring the work, he expressed the gratitude of the entire Orthodox Church for the existence of this new Church and the spiritual center, because, as he stated, all of Orthodoxy is a family.

Also, in the face of the Ambassador of Serbia, Vujičić, he praised the glorious and heroic Serbian people who know how to strive. Addressing the representatives of the Greek community, he stressed that the two peoples, Greek and Serbian, are connected by a long-term friendship.

He noted that although they live far from their homeland, they maintain their traditions and religion. He also stated his desire for everyone to celebrate Christmas together.

In the person of the Serbian priest Fr. Isaiah Markovic, who traveled from Johannesburg, he greeted Patriarch Porphyrios of Serbia, a dear friend, and brother, and prayed for the repose of the blessed Patriarch Ireneos, who laid the foundation of the Church of St Savvas.

That night, the Patriarch of Alexandria and his entourage departed for South Africa. 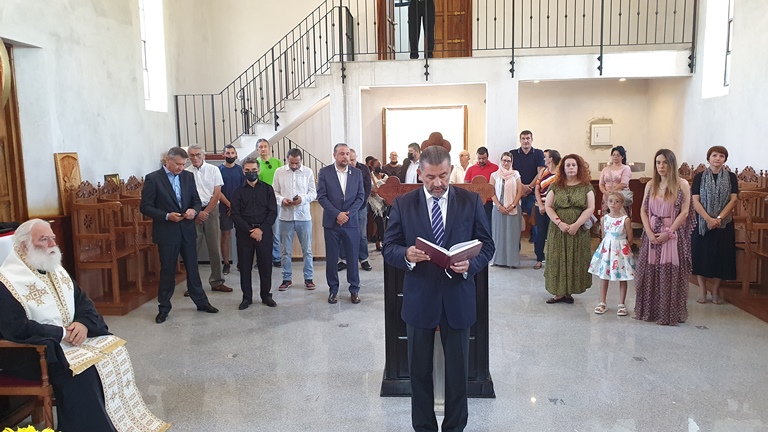 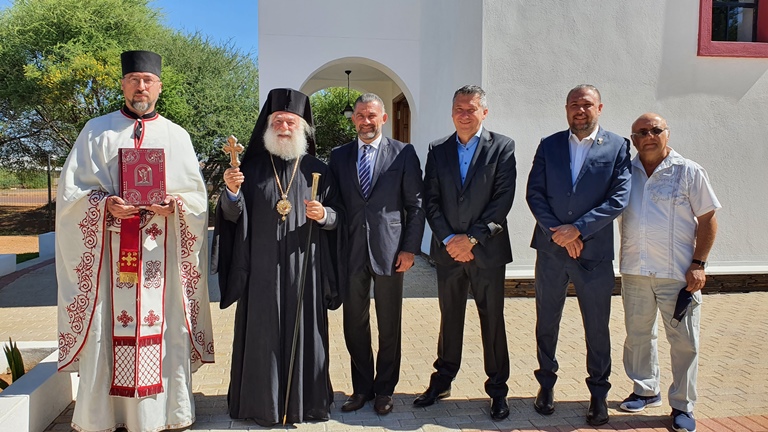 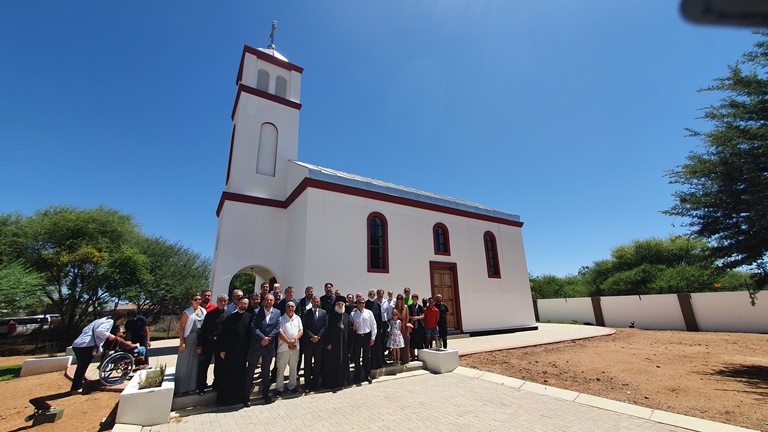 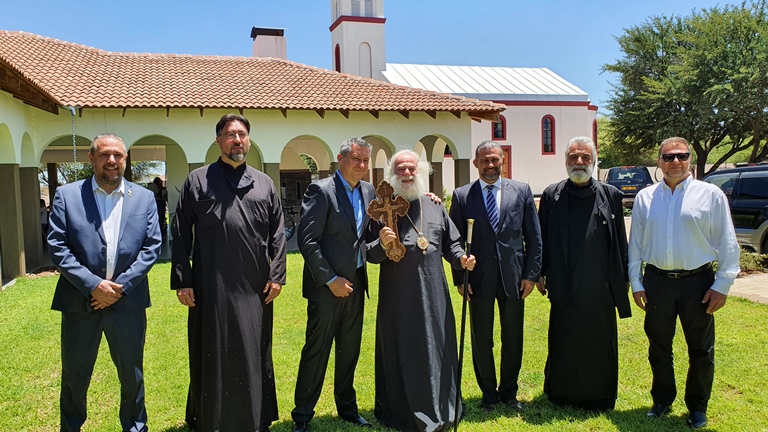 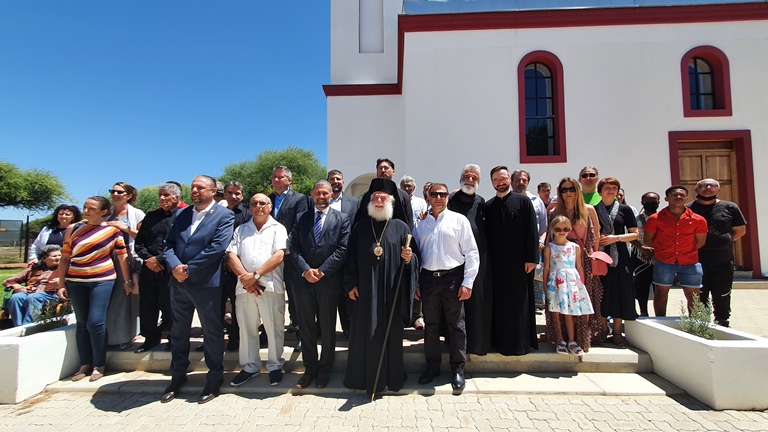 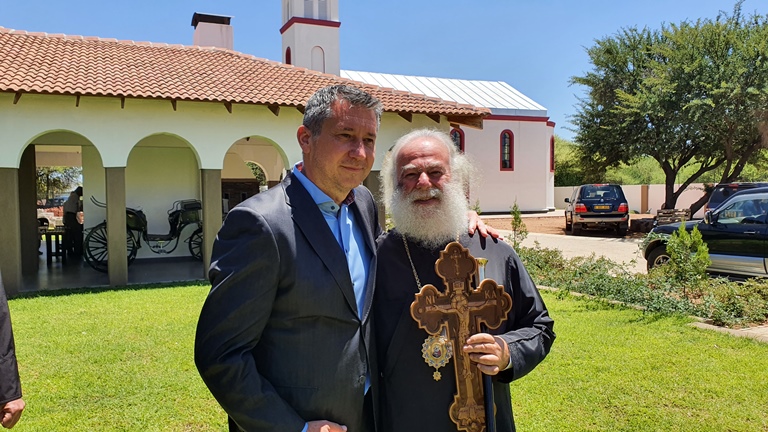 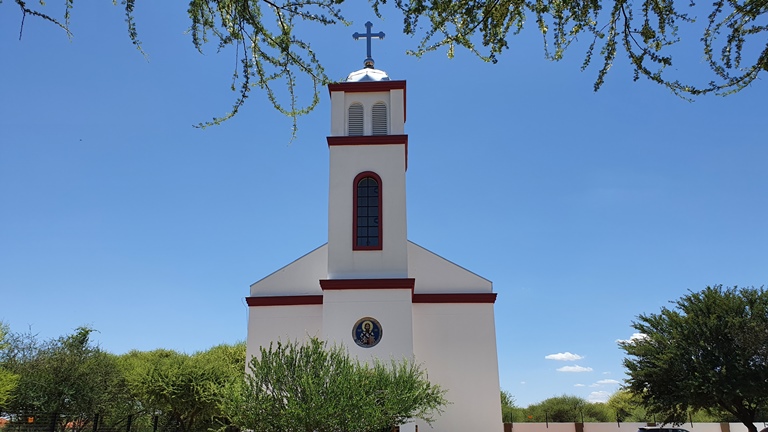 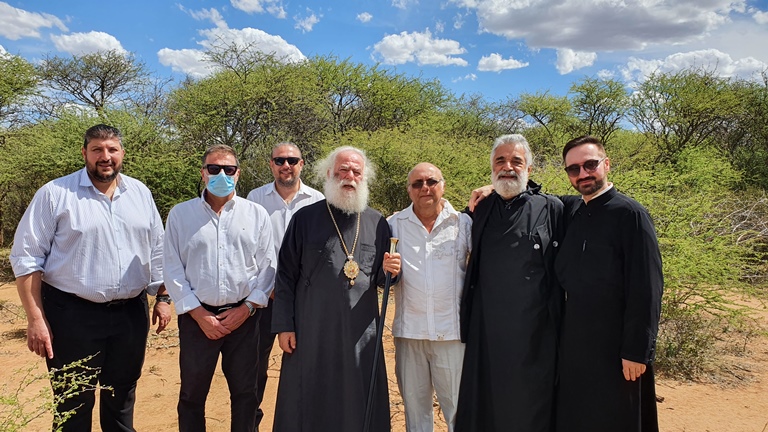 The feast of St. Dimitrios was celebrated in Zambia