On the morning of Saturday, November 13, 2021, Patriarch Theodore II of Alexandria and All Africa performed a Trisagion for the rest of the souls of Archons and Benefactors of the Patriarchate, George Mpizos and Alexandros Mpaladakis, in the cemeteries of Alberton and Westpark.

“I arrived in Alexandria from Egypt and my blessed journey begins with the memorial service today to a man who glorified Greece, the Greek community, and the creature of God called Man,” said the Patriarch, referring to the late George Bizos. He added, “I am convinced that he rests in peace after his struggle with Nelson Mandela for a more humane, freer, fairer and more peaceful Africa.”

In the evening of the same day, the Patriarch attended a large event, organized in his honor at the Greek Community of Germiston, in which the Consulate General of Greece in Johannesburg and the Greek community in the Gauteng region and surrounding areas, celebrated the completion of the three-volume publication of the Consulate General entitled: “The Greeks: A Tribe of South Africa.”

It is noted that the Germiston Community was founded in 1956, although the Greek presence in the area dates back to 1920. The premises of the Community host the Hellenic Federation of South Africa, the Brotherhood of Cretans of South Africa, the Association of Imbrians, the Lemnian Brotherhood, the Association of Macedonians and the Greek Spiritual Movement.

The event, which was organized by the Brotherhood of Cretans, the Association of Peloponnesians and the Association of Ithaca, was attended by Metropolitan Damaskinos of Ioannoupolis and Pretoria, accompanied by the clergy of the Metropolis, the High Commissioner of Cyprus, Andreas Mandritis, the Chargé d’Affaires of the Embassy of Greece, Stephanos Ioannidis, the Consul General of Greece in Johannesburg, Ioannis Chatzantonakis, the Cultural Counselor of the Consulate General Dr. Marilena Griva, the President of the Hellenic Federation of South Africa, Ioannis Spyridis, the President of the Cretan Brotherhood, Michael Pavlakis, the President of the Peloponnesian Association, Angelos Poulos, as well as a crowd of people who hurried to kiss the hand of the primate of the Patriarchate in Africa.

The Consul General of Greece in Johannesburg gave the third bilingual edition entitled “The Greeks: A Tribe of South Africa,” which was prepared by the Cultural Counselor and Ambassador-Counselor Marilena Griva on behalf of the Consulate General, to the Primate of Alexandria.

The project, which is under the auspices of the Patriarchate of Alexandria, is included in the official program of Greece 2021 Committee for the 200th anniversary of the Greek Revolution and has the moral support of the Hellenic Federation of South Africa, and its realization is due to sponsorships of Greek businesspeople of the Johannesburg region. The two volumes of the publication will be available for release in December while the first will be published soon by a Greek publishing house.

In his speech, the Patriarch congratulated the Consul General for this initiative and the four-year effort that the Consulate General continued during the pandemic.

He also stressed the importance of mapping the activities of the Greek Orthodox Church, communities, unions and all institutions of the Greek community in South Africa from the late 19th century until today, which are areas of traditions, language and religion outside the Greek borders, and added that the Patriarchate of Alexandria always encouraged and stood by such initiatives, trying to pass intact the history of Christianity and the Greek community to future generations.

The Patriarch hoped that there would be other such efforts, which would boost the morale of the Greek community everywhere and safeguard the history of Greece and of Cyprus in the remote and inaccessible regions of Africa.

In closing, he said that the presentation and completion of this edition is an ideal occasion during the celebration of the 200th anniversary of the proclamation of the Greek revolution.

Then the Patriarch presented Dr Grivas with the Cross of St. Apostle and Evangelist Mark, in recognition of the work of mapping the most remote Greek community in Africa, and attended a dinner with members of the Greek and Cypriot community. 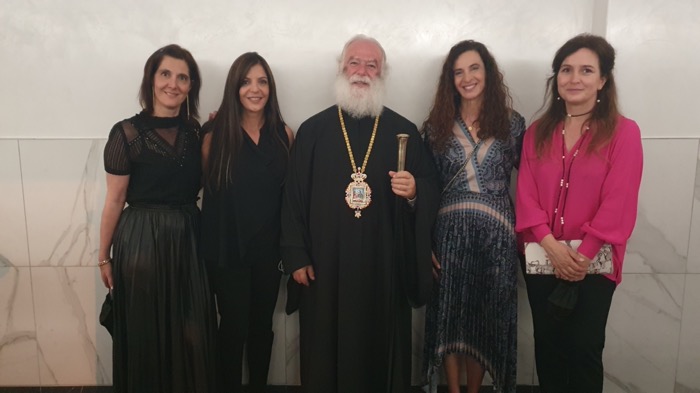 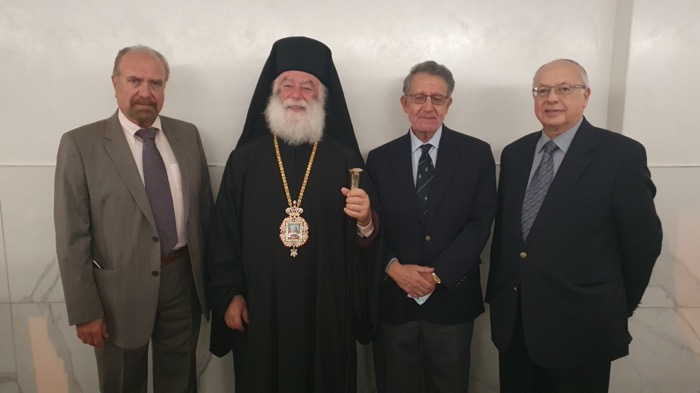 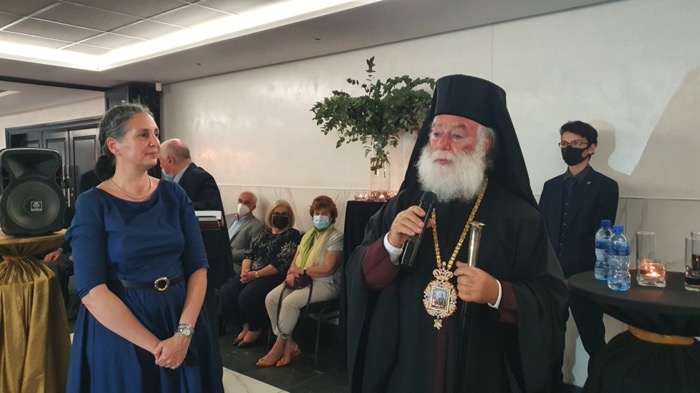 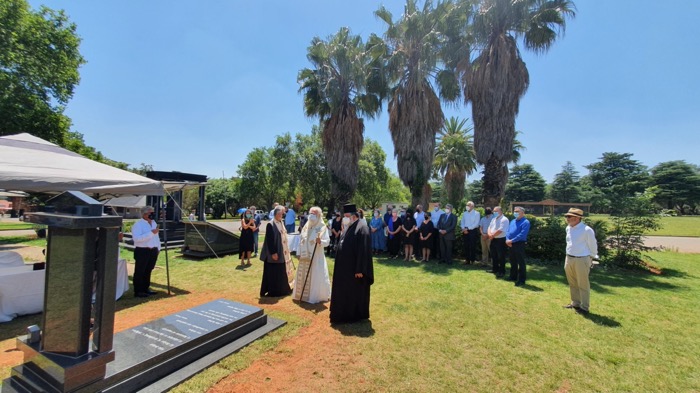