The next stop of Patriarch Theodore II of Alexandria and All Africa was the Greek School SACHETI, located on the outskirts of the city and built by the members of the Greek Community of Johannesburg and surroundings in the early 1970s.

The school, which is one of the best schools in South Africa, today has 1,300 children of various nationalities at all levels of basic education, the Greek language is compulsory.

The Patriarch makes sure to visit the school every time he travels to South Africa in an effort to be close to the Greek children and Greek-speaking children of South Africa.

The Patriarch was welcomed by the Chairman of the Board of the SAHETI Katakouzinos and Principal Warwick Taylor.

Present were Metropolitan Damaskinos of Ianooupolis and Pretoria, the High Commissioner of Cyprus, Andreas Mandritis, the Chargé d’Affaires of the Embassy of Greece, Stephanos Ioannidis, the former President of the Federation, Ioannis Filippou, the Chief Secretary of the Patriarchate, Archim. Nikodimos Totkas, and Archim. Athos Papaevriviadis.

Addressing the students, the Patriarch expressed his joy for being with them. With his beautiful speech, he mentally transported them to cosmopolitan Alexandria, talking to them about the great figures born in the country where the Patriarchate is located, as well as guiding them to the rich library of the Patriarchate with the invaluable treasure of manuscripts.

Finally, the Patriarch discussed with the President and the Director of the school about issues concerning the school and as usual, walking outside the school, admired the elegant buildings and the gardens.

Afterwards, the Patriarch attended a meal offered in his honor at the premises of the neighboring Greek Sports Association.

On Saturday, November 20, 2021, Patriarch Theodore met representatives of the National Association of Hellenic Youth and Student Organisations of South Africa (NAHYSOSA), an organization formed in 1981 at the University of Cape Town and quickly united the Greek Cypriots from Greece and in all universities of the country. With the slogan “Unity, Knowledge and Culture,” the organization is the voice of the Greek Community for the youth of the Diaspora in South Africa.

After welcoming the children, the Patriarch stressed the importance of the organization and the fact that they are tied to the Greek community, tradition and the Church. Continuing, he stressed that he was always close to them and spoke to them about the importance of missionary work in Africa, historic Alexandria and its famous library, as well as the library of the Patriarchate and encouraged them to pay a visit to Alexandria and the Patriarchate. He also announced the granting of two annual scholarships by the Patriarchate for studies in higher education to prospective male and female students.

Afterwards, the Patriarch visited the Greek Community of Germiston to bless the work of the Congress of the Hellenic Federation of South Africa, which meets annually with the presence of all communities and associations in the country. The Federation presented to the Alexandrian Primate the Greek flag he created on the occasion of the celebration of the 200th anniversary of the Greek Revolution.

The President of the Federation, Ioannis Spyridis, offered a gift to the Patriarch of Alexandria, thanking him for his presence in the Congress.

In a charged atmosphere, he sent his wishes for the work of the Conference and urged the participants to prevent the departure of Greeks from the country. “Make sure that Greek community remains prosperous in this country,” said the Patriarch of Alexandria, while comparing with Egypt, where the Greek community is declining in relation to the past and reiterating the Patriarchate’s support for the Greek community and, in youth, in particular.

He then left the premises of the Congress to perform Vespers at the Holy Metropolitan Church of the Presentation of the Virgin Mary. 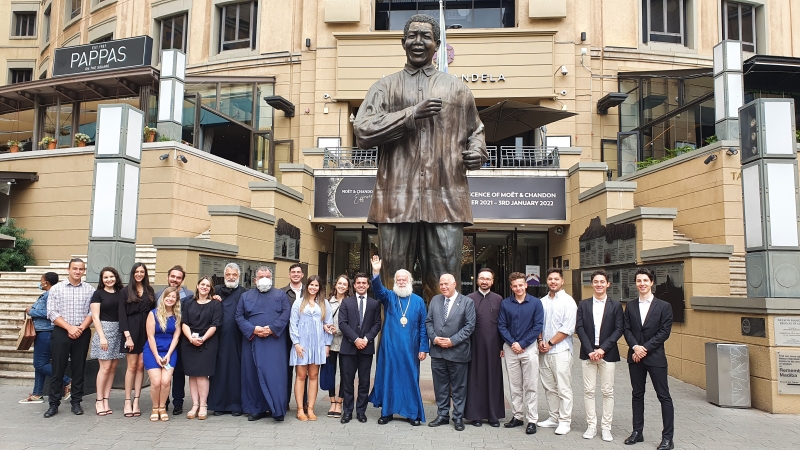 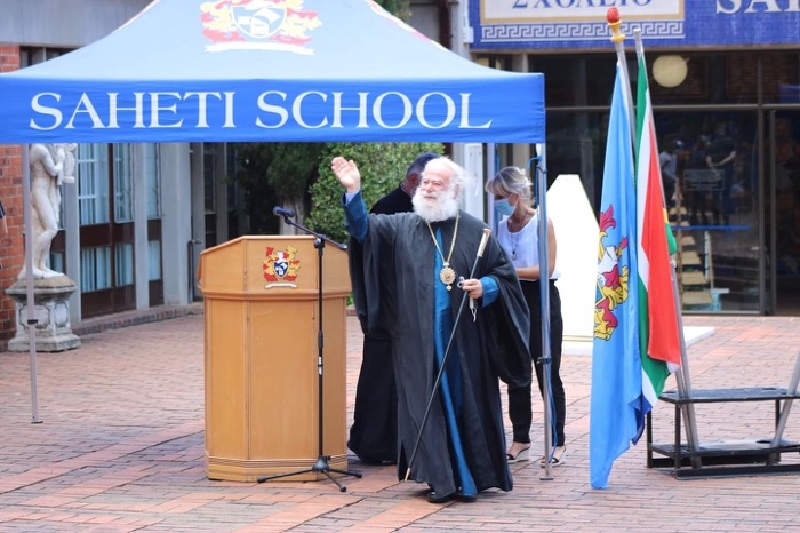 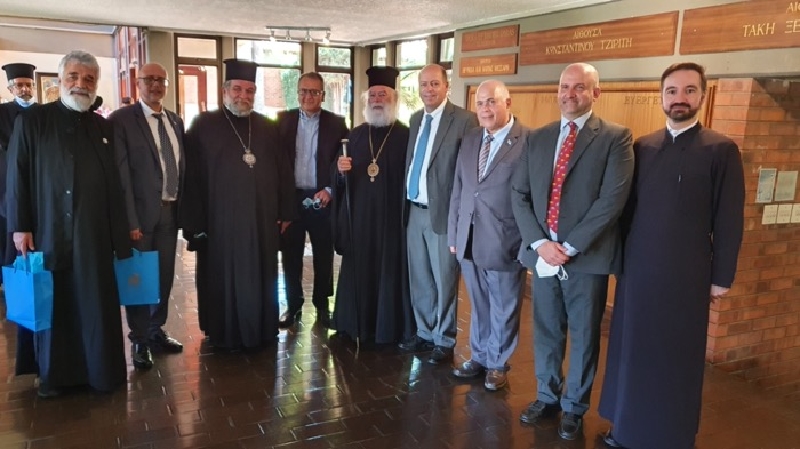 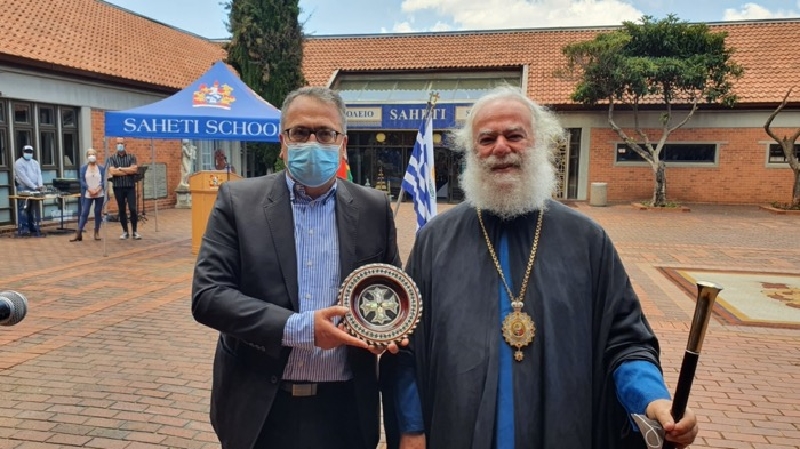 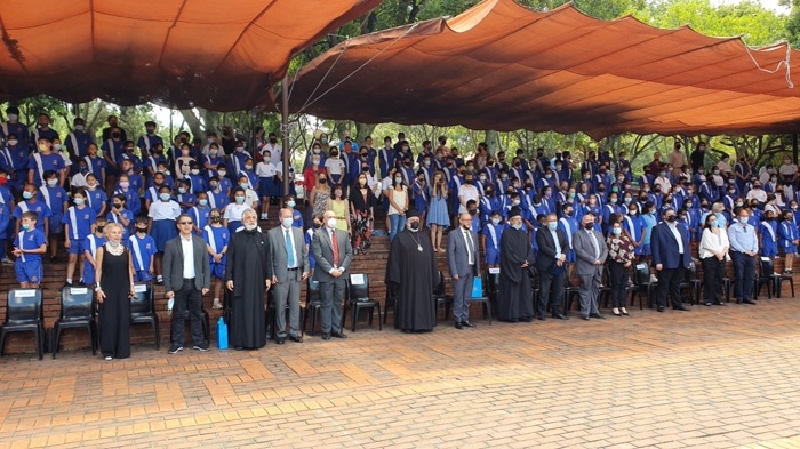 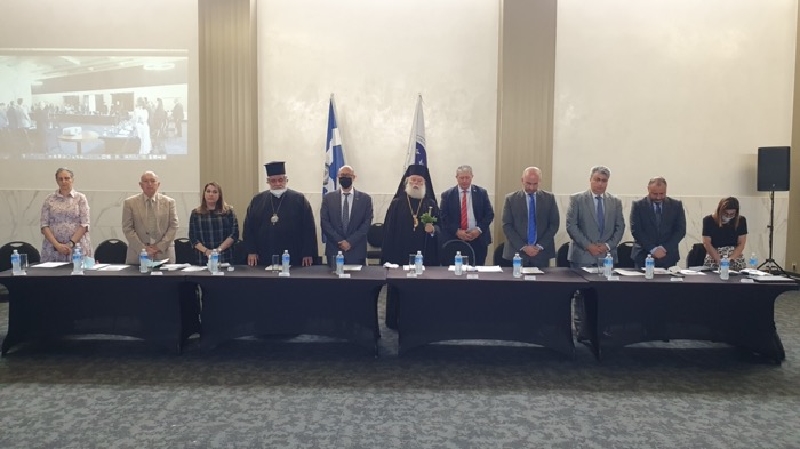