Patriarch Theodore II of Alexandria and All Africa visited as part of his tour the remote Greek Communities in the Free State region, on November 16 and 17, 2021 with the aim of strengthening the spiritual and moral support of the Greek Diaspora, which is still being tested for the second consecutive year by the Coronavirus

On Tuesday, November 16, Patriarch Theodore, together with his entourage traveled to Bloemfontein, the Judicial Capital of South Africa. It is noted that the Greek Community of Bloemfontein was founded in 1956, although the Greek presence in the city dates back to the early 20th century.

The Patriarch was welcomed by the members of the Executive Committee of the local Greek Community at the Church of the Annunciation of the Virgin, which has been owned by the Community since 1962.

The Chairman, Marios Savvas, welcomed the Primate of Alexandria, emphasizing that the Patriarchal visit, especially at the present time, is a great joy and a special honor for the Greeks of the region.

Patriarch Theodore expressed his pleasure to meet the members of such an active community in the heart of South Africa and expressed the full support of the Patriarchate in their activities in perpetuity.

“Fifteen whole years have passed since my last visit here, but I always remembered you and I was looking forward to the time when I would come again. I came from Alexandria and when I arrived in Johannesburg, I longed with all my heart to be with you to give you joy and strength. It was also an opportunity for you all to hear the Greek language, the psalms in Greek that make hearts tremble. I congratulate you for this small but active community”, said the Patriarch and wished all the families health, love and hope.

The Patriarch met in the Community with the flock and talked to everyone in a very warm atmosphere.

On the morning of Wednesday, 17 November 2021, Patriarch Theodore went on to Welkom, where he was received by the members of the local Greek Community, at the Holy Church of the Dormition of the Theotokos.

The construction of the church began in 1962 and was completed in 1975 with the tireless efforts of the Greeks of the area. The President of the Community, Ioannis Iliades, welcomed the Alexandrian Primate with warm words and thanked him because despite his heavy schedule he traveled to Welkom to strengthen with his presence the Greeks in the area.

The Patriarch expressed his support for the afflicted Greek population and the feeling of solidarity that he feels towards every Greek woman and Greek man in the country.

The Greek Community hosted a wonderful meal in honor of the Patriarch in a very joyful atmosphere.

On Thursday, November 18, 2021, the Alexandrian Primate honored the city of Klerksdorp with his presence. After a short journey, the Patriarch of Alexandria visited for the first time the North West Province, where a large number of believers of the city and the surrounding areas came to the beautiful Church of the Dormition of the Theotokos, to welcome the Patriarch and receive his blessing.

“Today is a special day as the presence of a respected Missionary Patriarch and Spiritual man of Orthodox Christianity in Africa, brightened our city and our historic Community,” said the Chairlady of the Greek Community, Maria Moutzouris, welcoming the Patriarch.

She added that it is also a great honor for the Community that their parish priest of five years, Archimandrite Nikodimos Totkas, was elected and appointed by the Patriarch to the position of Chief Secretary of the Holy Synod of the Ancient Patriarchate.

The Patriarch stated that he feels the special emotion and joy that he is among such good faithful Christians for the first time.

“My children, today God wanted me to be with you today, to get to know you. Also with me today is His Excellency the Consul General of Greece in Johannesburg, to show us how close our homeland Greece is to us. Next to me is Ioannis Filippou, to show that the Federation cares for all the Communities”, said Patriarch Theodore and thanked the Chairlady and the Committee of the Community for the warm welcome.

A memorial service followed in the grounds of the Church, for the repose of all the late blessed benefactors, patrons, and members of the Community, with Patriarch Theodoros adding that “the honor from the Community for all its members, who each left their own contribution, is the duty of every Christian soul “.

There followed a celebration in a festive atmosphere and a wonderful meal in honor of Patriarch Theodore at the premises of the Greek Community.

It is noted that the Greek Community of the Western Transvaal, was founded in 1959 and the Holy Church of the Dormition of the Theotokos operated for the first time in 1988.

On the same day, the Patriarch and his entourage left for Johannesburg to meet with the President of South Africa, Cyril Ramaphosa. 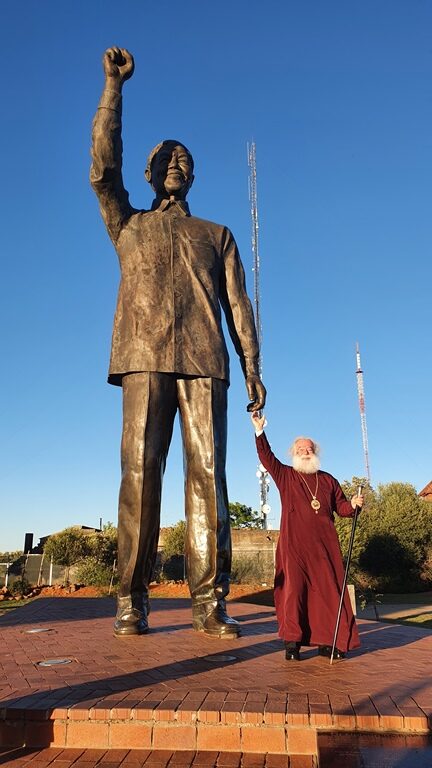 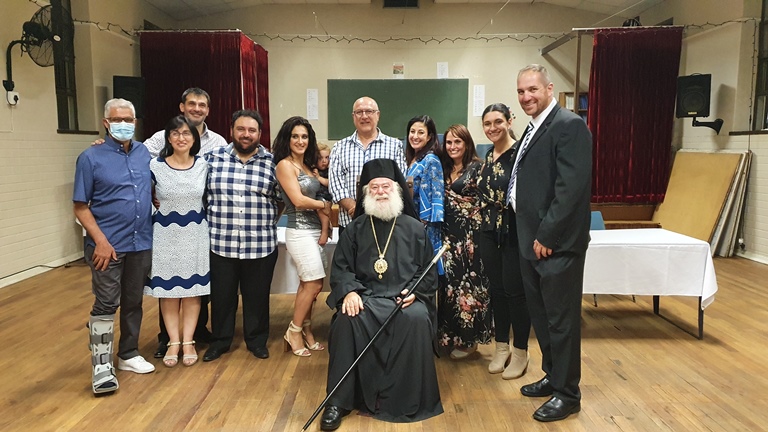 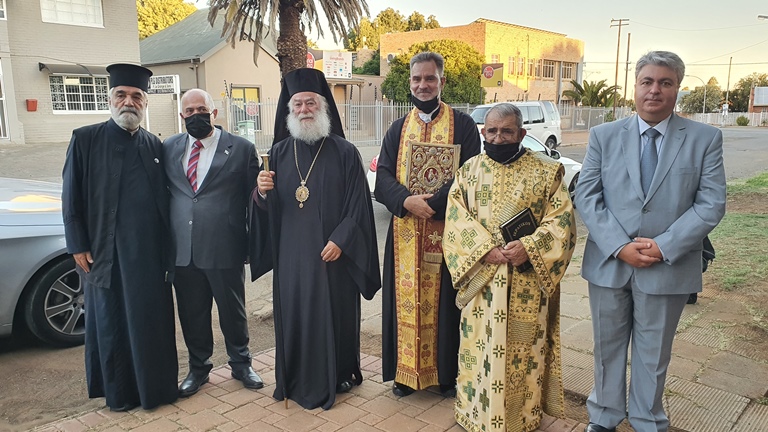 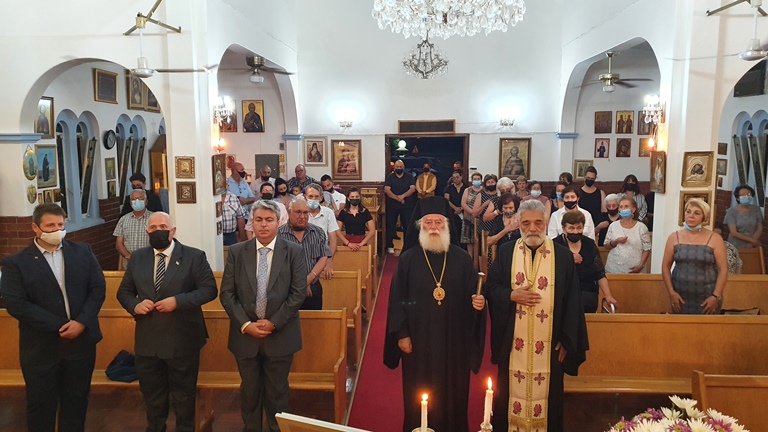 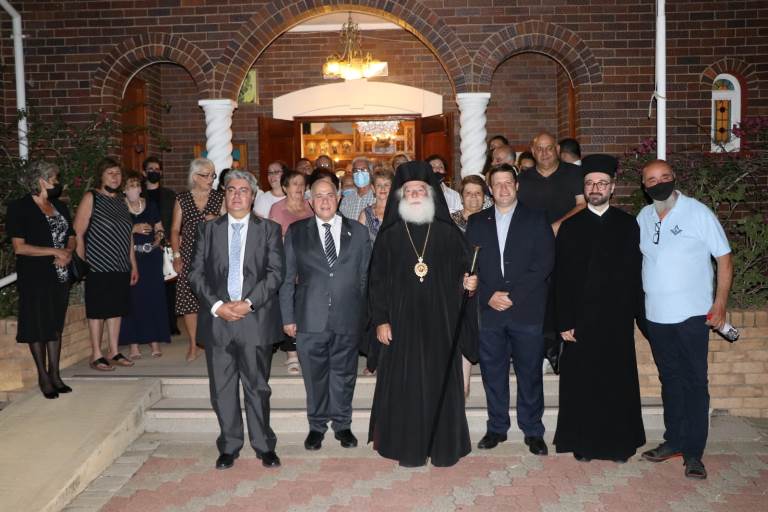 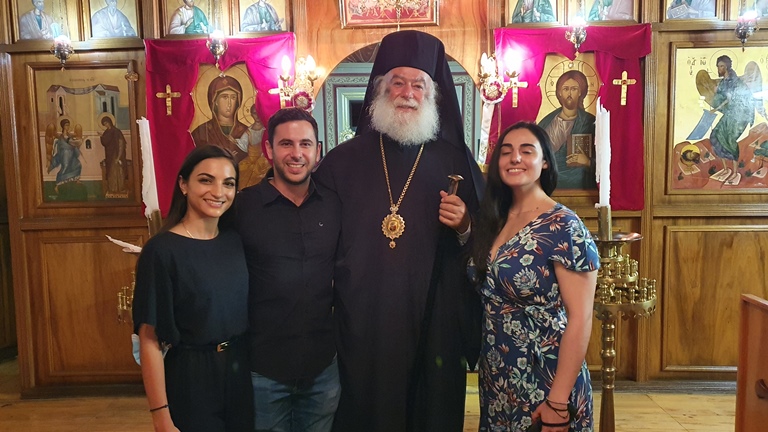 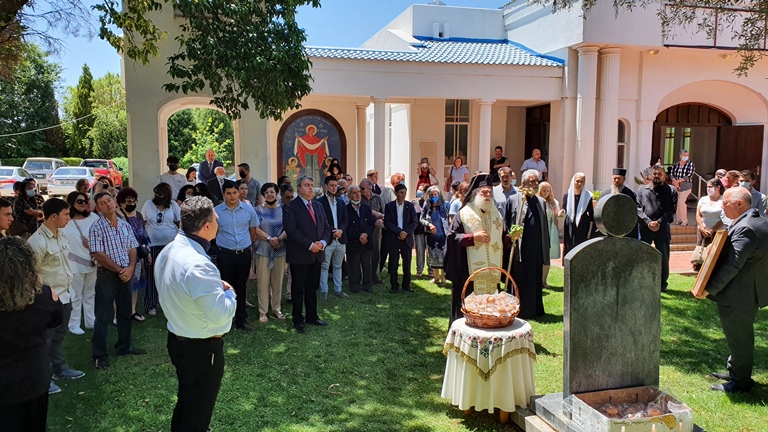 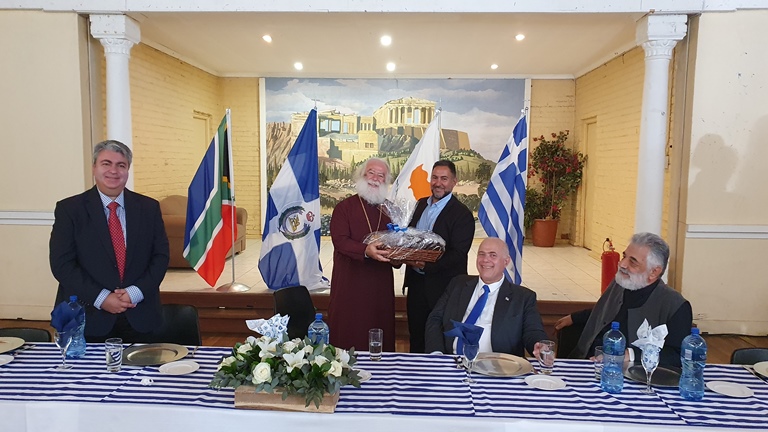 A meeting of religious leaders took place in London