Patriarch of Alexandria: As long as love nestles in our immortal soul, hope will not fade

The bells rang out joyfully today, Sunday 14th November 2021, at the Holy Church of the Annunciation of the Theotokos in Pretoria, wherein a festive and pious atmosphere the Patriarchal Divine Liturgy was served by Patriarch Theodore II of Alexandria and All Africa, concelebrating with Metropolitan Damaskinos of Johannesburg and Pretoria.

In his moving speech, which touched the hearts of the faithful, Patriarch Theodore expressed his joy that after a long time he is once again in the mother of Hellenism, at the far end of Africa, among people that he loves. In his moving speech, which touched the hearts of the faithful, Referring to the plague of the pandemic, the Primate of Alexandria likened it to the seven plagues of Pharaoh, which came to show us the temporal nature of humans and the weakness of human flesh. However, he stressed that despite our physical weakness, as long as the gift of God called “love” nestles in our immortal soul, hope will not fade. “Humanity has changed, we all wear masks and people have been locked up in their homes. However, their hearts were opened and in this way, they were given the opportunity to get closer to each other, without being bound by time”, said Patriarch Theodore.

He also did not forget, in the persons of the Ambassador of Cyprus and the Representative of Greece, to thank Cyprus and Greece respectively, for their undivided assistance to the Patriarchate and in particular to the work of the Mission, offering material goods, medicines, vaccines, and food.

After the end of the Divine Liturgy, the Patriarchsang a memorial service for the repose of the souls of all our brothers and sisters who fell asleep due to the pandemic. Patriarch Theodore also warmly thanked Metropolitan Damaskinos of Johannesburg and the clergy, for their ministry and contribution throughout the pandemic and recommended that they continue with patience and with Christ among us.

Finally, the President of the Hellenic Community in Pretoria, Ioakeim Efthymiadis, welcomed the Patriarch of Alexandria on behalf of all, especially in a period where his presence is a blessing from God and a balm for the souls of the faithful.

In addition, he thanked the local Metropolitan Damaskinos for all his support through his wise advice during these difficult days, as well as the Parish Priest who throughout the pandemic, constantly tried to be beside his flock, finding various ways, such as, for example, through the internet.

In the evening of the same day, Patriarch Theodore attended a reception in his honor, at the Greek Consular residence in Johannesburg, in the presence of prominent members of the Greek community from the broader area.

The Primate of Orthodoxy in Africa had the opportunity to talk to the guests, some of whom had come from remote areas in order to meet him.

On Monday, November 15, 2021, the Patriarch of Alexandria and All Africa, accompanied by the Metropolitan of Johannesburg and Pretoria, visited the Non-Governmental Organization Grace Center in the Yeoville area, which performs important work to help ease the plight of the children of the local population, providing food and education.

The Director Christina Vougioukli explained to His Beatitude the activity of the Center, especially during the pandemic, and guided him around its premises, where the Patriarch had the opportunity to see and talk to children.

The Patriarch said he was pleased with the existence of the Center and the work that is being done, as it contributes to the upgrading of the living standards of hundreds of families in the area. The children in a special way, melodic and impressive, honored the Patriarchal presence in their hospitable space, while Patriarch Theodore distributed gifts to all. He wished health and strength to the people who work tirelessly to offer a better life to the children and long life to the institution. 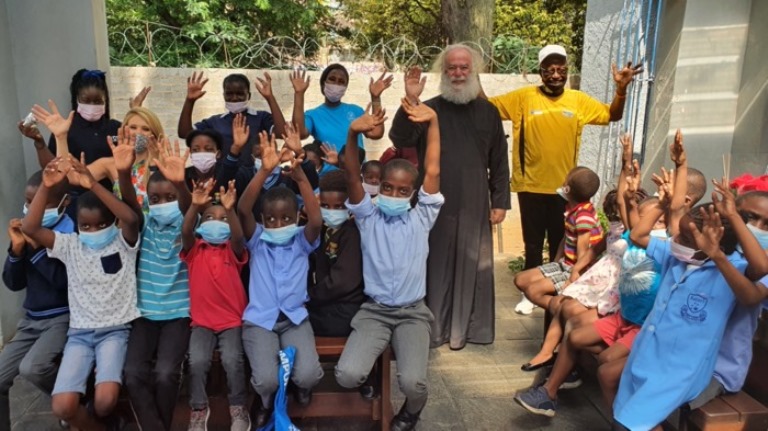 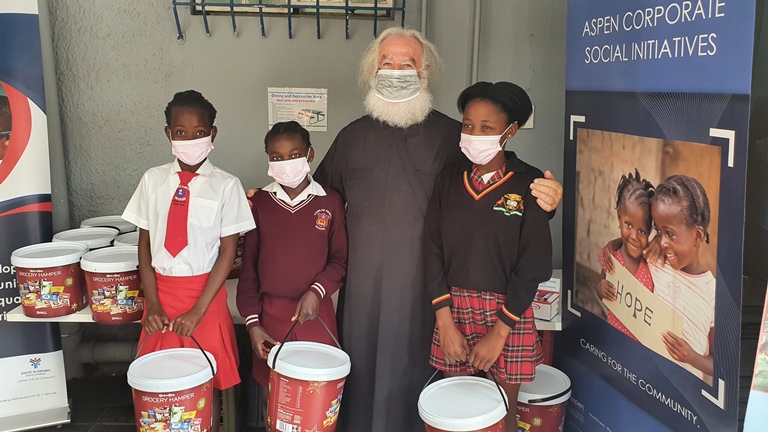 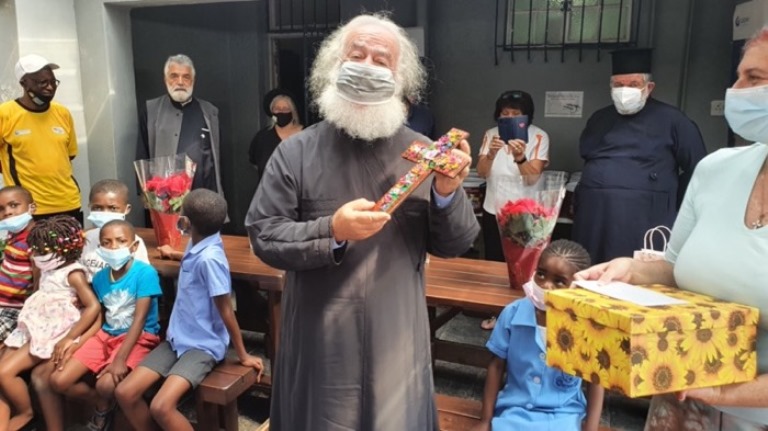 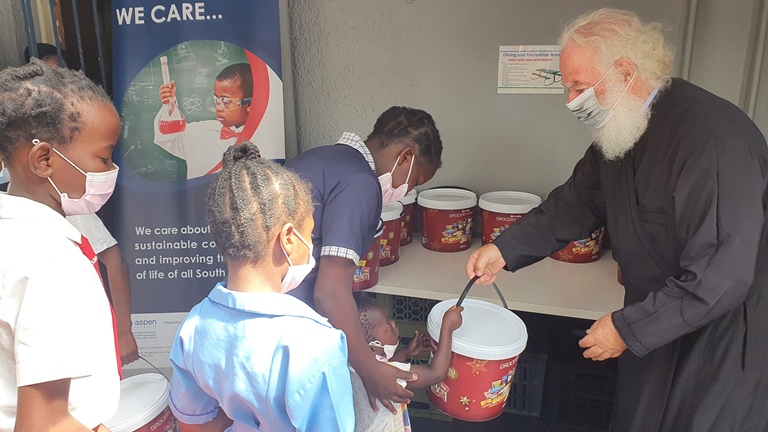 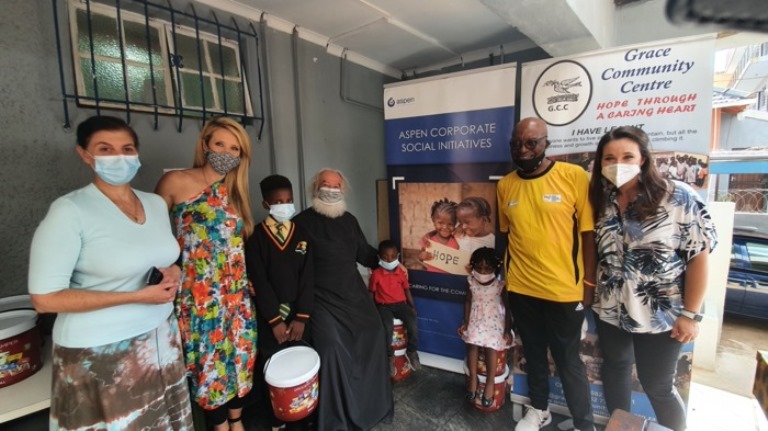 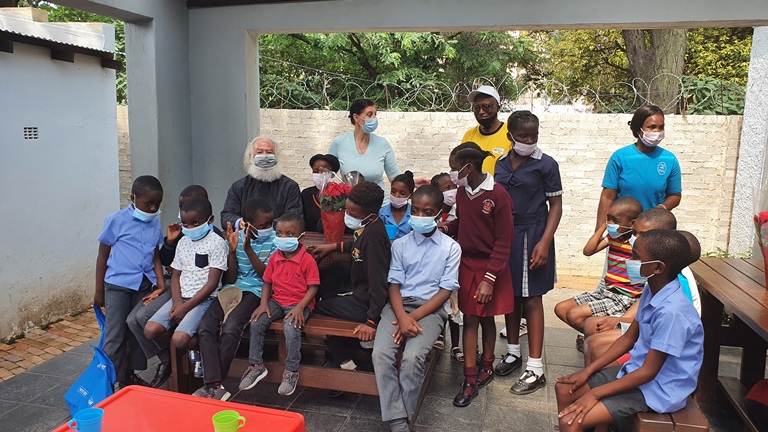 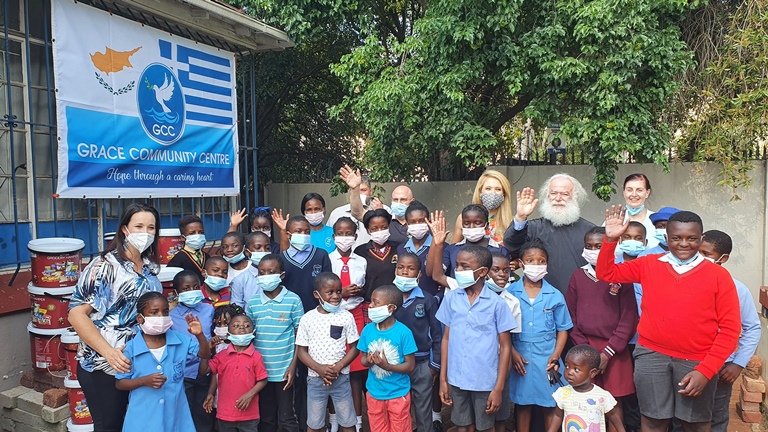 Bartholomew's "what do I care" bothered Moscow