Pastoral Conference in the Metropolis of the Americas: Patriarch Daniel sent a message of unity

Patriarch Daniel sent a video message for the Pastoral-Missionary Conference of the Clergy in the Metropolia of the Americas, organized online last Saturday. In the video message, His Beatitude said the Church responded to the needs of the Romanians by founding new parishes and eparchies in America. He encouraged the unity between the Romanian diaspora and Romanians from back home.

“The Romanian Orthodox Church has shown a special care towards the Romanian Orthodox communities from outside the country’s borders, concretized through the founding of new parishes and new eparchies that would respond to the needs of the Romanian Orthodox living either temporarily or definitively outside of Romania, especially in the United States and Canada, for the maintaining of their religious, linguistic and cultural identity,” transmitted the Patriarch of Romania.

“With much fatherly love, we encourage the Romanian Orthodox living on the American continent to maintain permanent contact with the dear ones who have remained in the country.”

His Beatitude expressed his gratitude and appreciation for the activity of Metropolitan Nicolae, of Bishop Ioan Casian, of the clerics, and all the members of the Romanian Orthodox communities on American land.

To carry out one’s mission with love and courage

“We preach the secret and hidden wisdom of God”, the metropolit an said. “And if this wisdom displeases, if it is not fitting for the times, if it does not align to the rules and recommendations, let us make the correct, Christian choice for this life, as well as for the eternal one.”

The hierarch put the mission of the clerics in the context of the medical crisis and of the modern challenges, urging his audience to look at things through the wisdom of the Holy Scripture and of spiritual meanings.

His Grace Ioan Casian mentioned the priorities of clerics: evangelization in the new millennium; new biological and ethical tendencies; freedom in a world that is not free; charity and the care for the needy; sexual ethic and pastoral care; religious pluralism in a globalized world.

“In order to fulfill the mission and our goal, one thing is necessary from which all the others flow – to love and to be love,” he said.

Other messages at the conference

The invited speakers were Father President of Saint Vladimir’s Orthodox Theological Seminary in the New York State and Father Ioan Teșu, professor at the “Dumitru Stăniloae” Faculty of Orthodox Theology from “Al.I. Cuza” Univeristy of Iași. Their lectures were followed by Q&A sessions.

In his lecture “What Future for the Orthodox Church on the American Continent?”, Father Chad Hatfield presented the context of Christianity in the USA and three types of attitude manifested by Orthodox Chrsitians faced with contemporary challenges: the Benedict option, the St. Constantine option, which emphasizes the role of faith-based schools, and the Accommodationist Movement, which promotes the idea that Orthodoxy is too stuck in the past and needs to be brought into the contemporary era.

Father Ioan Teșu offered the lecture “The Contemporary Family – between Ideal and Crisis”. He said that family is the fundamental form of communion, which allows sharing love, and that “family is the sacrificial altar of our selfishness”.

The Metropolis of the Americas has 58 Romanian parishes and missions, of which two are in South America: in Caracas, Venezuela, and in Buenos Aires, Argentina. There are three Romanian Orthodox monasteries within the metropolis: Allegan, in Michigan, Middletown, in New York and Mono, in Ontario, Canada. 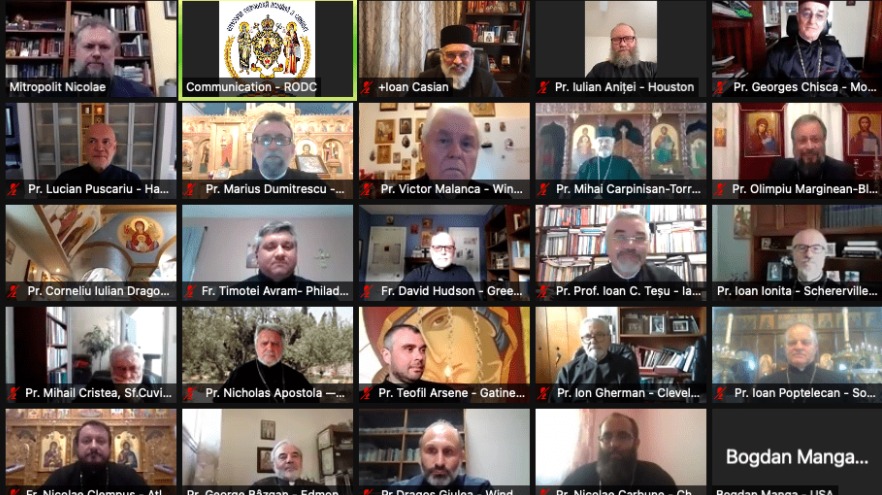 Seven-day celebrations dedicated to Saint Demetrius to begin in Bucharest

Chapel of Life-giving Spring and St. Nectarios under construction at Bucharest Oncology Centre

Metropolitan of Transylvania: Saint Parascheva is God’s gift for Romania