Metropolitan Cleopas of Sweden and All Scandinavia paid a pastoral visit to Oslo on the weekend of May 7 & 8, 2022, where he attended the solidarity events organized by the Parish Council of the Metropolitan Church of the Theotokos, in collaboration with the local Ukrainian Community.

On the afternoon of Saturday, May 7, Metropolitan Cleopas presided over the Vespers Service, conducted at the Metropolitan Church by the Archimandrite Alexandros Loukatos, Presiding Priest, and the assistant Pastor Maxime Lesage.

The solidarity concert for the Ukrainian people followed at the church premises, with the participation of: a) the traditional Ukrainian choir in Oslo “FolkeMelodi”, conducted by the musician Ms. Anna Kargaltseva Sandvik, and the Byzantine Choir of the Metropolitan Church of Oslo, who chanted Paschal hymns, conducted by the choirmaster Mr. Panagiotis Katsivalis.

Proceeds from the event and Sunday’s tray were donated to buy medication for the war-torn Ukrainian people.

The concert was also attended by the Ambassador of Greece in Oslo Anna Korka, the Honorable Deputy of the Ukrainian Embassy in Oslo Liliya Honcharevych, Iryna Sabor, Ira Oliferuk, and Alina Chornovil, representatives of the Ukrainian Society of Norway, the members of the Parish Council of the Metropolitan Church, members of the parish and music-loving visitors.

In his speech, the Metropolitan thanked the concert organizers, the 16-member FolkeMelodi choir, and the 7-member Byzantine choir, and reiterated his promise to the Ukrainian brethren that all the churches of the Holy Metropolis are at the disposal of the Ukrainian people, for their pastoral and liturgical needs.

On the next day, Sunday of the Myrrh-bearing Women, May 8, Metropolitan Cleopas presided over the Divine Liturgy, held at the Metropolitan Church, with the participation of its pastors, he prayed for an immediate ceasefire in Ukraine, and bestowed upon Fr. Maxime the office of the Economos, congratulating him for his voluntary ministry in the local Church.

The Divine Liturgy, which was conducted in Greek, Norwegian, English, and French, was attended by Ambassador Korka. The hymns were chanted by Panagiotis Katsivalis, Stig Simeon Frøyshov, Kosmas Plakou, Eric Porphyrios Hasner, and Halle Theologian Bakken and the member of the St. Gerasimos Parish Council in Trondheim Athanasios Mermigas served in the Altar.

In his speech, the Metropolitan spoke about the courage of the Myrrh-bearing Women, which was rewarded by the Risen Lord, thus they witnessed the angel, they experienced spiritual ecstasy, and they were informed of the Lord’s Resurrection.

A reception followed at the Metropolitan Church’s fellowship hall, which was attended by Metropolitan Cleopas, the church Pastors, the members of the Parish Council Kyriaki Papadopoulou Samuelsen, Dimitrios Kraniotis, Michail Bikoulis, and Dimitra Valeonti, the President of the Greek School Oslo Antonios Koumouridis and several volunteers.

After thanking everyone for their dedicated ministry and service to the local Church, Metropolitan Cleopas returned to his Eparchy’s headquarters in Stockholm, on the same afternoon. 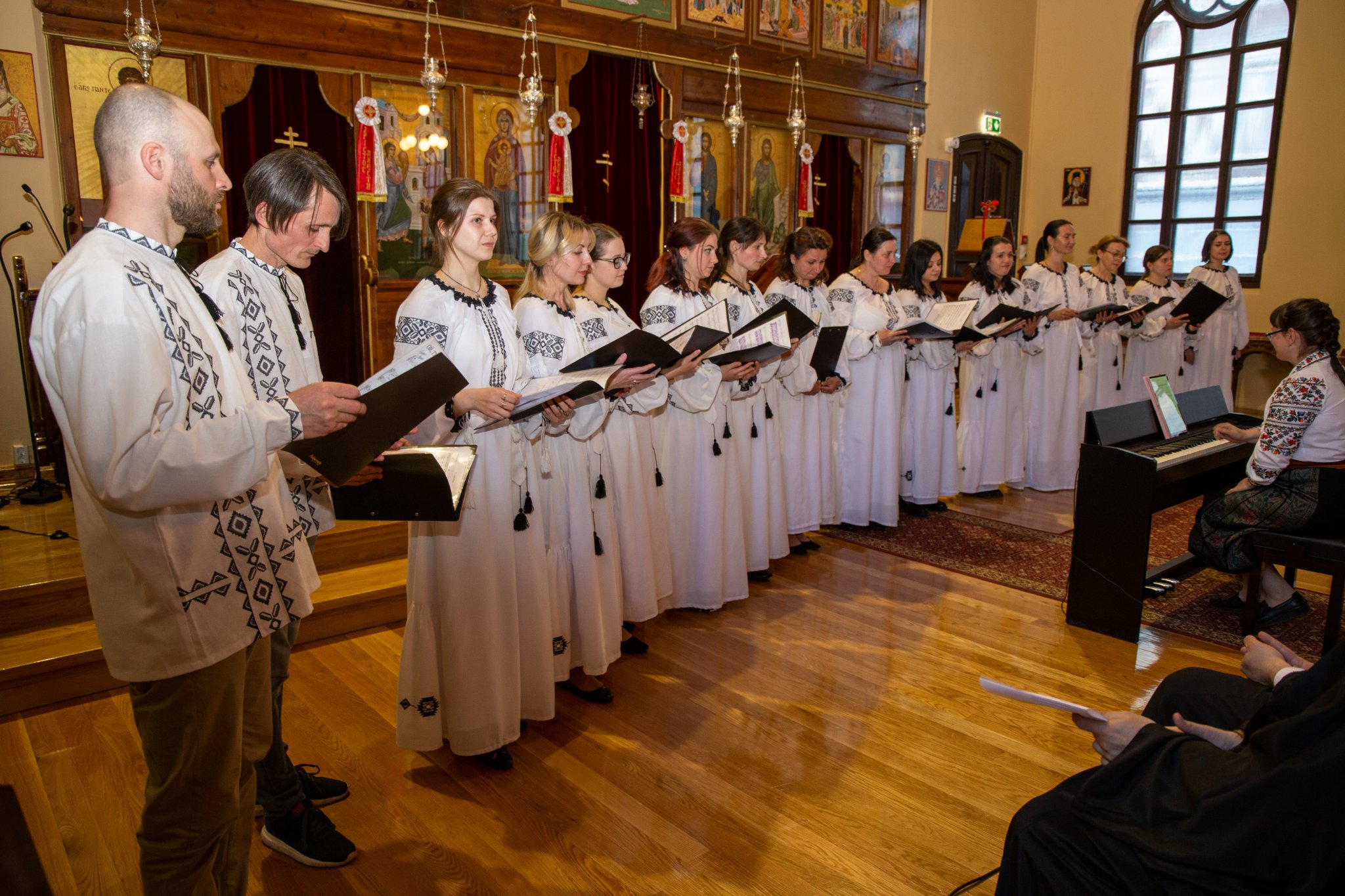 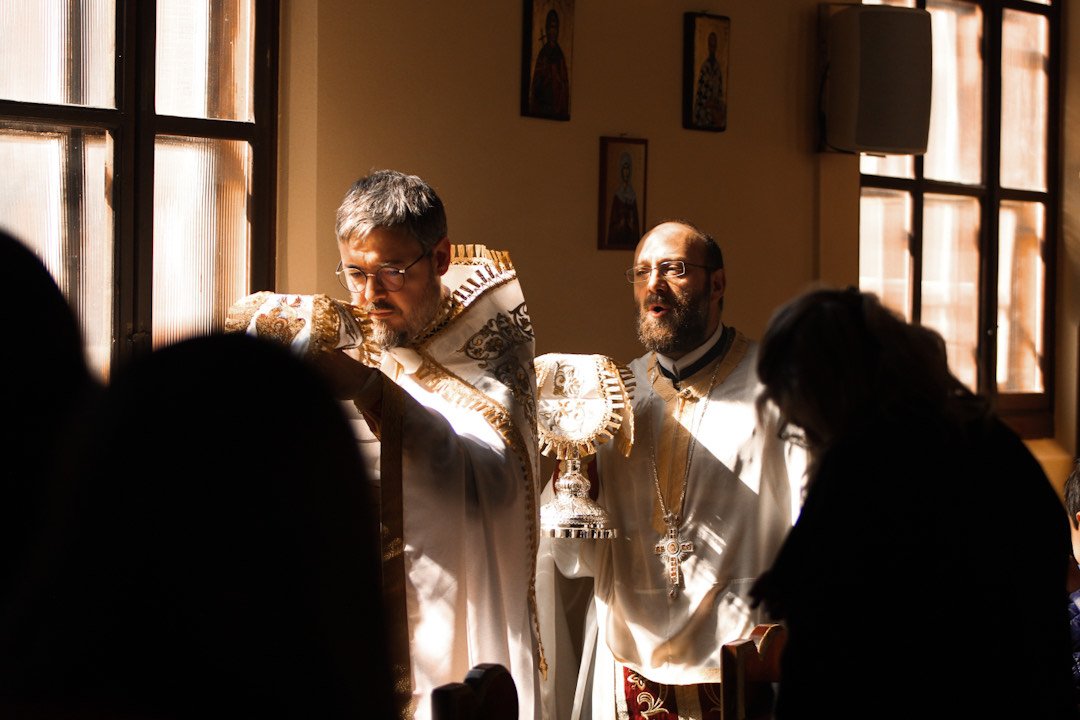 A two-day solidarity event for the Ukrainian people in Oslo

Pastoral visit of the Metropolitan of Sweden to Göteborg

Patriarch of Romania: This year’s Census is a proper time to confess our religious identity