The faithful who attended the Parish of St Stephanos in the Sydney suburb of Hurlstone Park on Saturday morning, 5 June, experienced feelings of great spiritual joy and excitement. During the Divine Liturgy, presided over by Archbishop Makarios of Australia, two ordinations were performed; one of a priest, and one of a deacon, while the Parish Priest of St Stephanos, Fr Stavros Ivanos, was counted worthy of receiving the rank of a spiritual father.

Archbishop Makarios, along with Archiepiscopal Vicar of Canberra, Archimandrite Father Prochoros Anastasiadis, and other priests from Sydney, ordained Deacon Kyriakos Theologou to the priesthood. He will take over the duties of a parish priest in the Church of St Panteleimon in the town of Goulburn. Archbishop Makarios then welcomed the sub-deacon Father Dimitri Katsis to the ranks of the clergy of the Holy Archdiocese of Australia. It should be noted that after many years, the parish of Goulburn will acquire a permanent priest.

During his counseling address to Fr Kyriakos, the Archbishop began by describing a relevant story, which took place in Rome, around AD 165, regarding the cholera pandemic that plagued the capital of the Roman Empire, resulting in the decimation of a third of its population, including the then Emperor Marcus Aurelius himself. “While the healthy citizens fled the capital, leaving all who were ill to their own fate, the only ones who remained to care for those who were severely affected by the pandemic, and risked contracting the illness themselves, were the Christians,” His Eminence explained, pointing out that this event made a great impression on the people at the time, who converted to Christianity en masse.

After recalling that a similar attitude was heeded by the Christians a century later, in AD 251, on the occasion of another pandemic in Alexandria, he then addressed to Fr Kyriakos the paternal exhortation to become a partner in God’s work of the salvation of people. “You are called to offer Christ through the pastoral ministry of our Church in the small but historic community of Goulburn, which is equally important for our Holy Archdiocese,” he stressed and continued: “You are called to minister the work of the Gospel; a ministry that does not necessarily require exclusive degrees or academic knowledge but, primarily, a determination to apply the principle of love in the face of every person. The incidents regarding the pandemics in Rome and Alexandria, which I described earlier, express precisely this great reality. Only through the practice of love does our struggle – whether it is pastoral, spiritual, or ecclesiastical – acquire meaning. Otherwise, we are talking about a struggle that is directed towards ourselves and that aims at fulfilling our own desires and passions or even serving our own interests. In other words, it is a struggle dominated by ego, selfishness, and stubbornness.”

Emphasizing, elsewhere, that the new priest does not assume a rank but a great responsibility, he asked him to serve his blessed flock with humility, self-denial and to go beyond the limits of his formal responsibilities. “Be the link between God and the faithful of your parish and bring them closer to the Church, closer to God,” he urged Fr Kyriakos among other things, while not failing to thank him for accepting his priestly vocation and being willing to serve, without recompense, the small parish of Goulburn.

The value of humility, a virtue that allows a person and especially a cleric to move towards God and to partake of His goodness, instead of turning to himself, was the central message of the Archbishop’s counsel to the new deacon, Fr Dimitri. Archbishop Makarios initially observed that in modern times, much more than in previous years, there is a prevailing confusion that stems from inner ignorance, discord, ambiguity, disorder, empathy, or from all of these. Acknowledging that various forms of discordance have, unfortunately, affected even the life of the Church, he noted that “this spirit of confusion in ecclesiastical life is mainly manifested by the tendency to distort the truth, Christian teaching or, more correctly, the ecclesiastical ethos.

The basis of this distortion,” he explained, “comes mainly from the demonic notion that certain things are evil and demonic in themselves, while others are good by nature. However, we forget that the Church considers all of creation as being very good. And that which can transform good to evil is only human choice. So, something cannot be a bad thing in and of itself, unless the intention, will, and energy of a person change the good creation of God into a bad one.

Addressing Fr Dimitri, he paternally urged him to avoid confusion himself but also not to confound others around him emphasizing that “it is not the good deeds alone or the virtues that are valuable, but the humility that arises from them.” He pointed out that humility always leads to leniency, while in contrast, “when humility is not followed by leniency toward one’s neighbor then we are talking about merely speaking humbly and acting in a humble manner. Never believe that only you understand the teaching of Christ and that you have the monopoly of Orthodoxy,” he advised him among other things.

Concluding his speech, the Archbishop of Australia declared his conviction that Fr Dimitri will be found worthy of the expectations of the Holy Archdiocese, recalling the rich gifts and qualifications that he has and also the many ecclesiastical and spiritual experiences he has gained from being raised in the Church from young by pious parents.

Finally, to Fr Stavros Ivanos, whom he raised to the rank of a Spiritual Father Confessor, the Archbishop gave him the following paternal advice: “Seek an opportunity to forgive people. What we need to do is to imitate Christ, Who is looking for a way to save all of us,” Archbishop Makarios stressed and asked Fr Stavros not to lay unbearable burdens on people, but to offer them what they need from the Church; a little compassion and some love. “I am certain you will do this,” he said, “because you have many spiritual gifts and qualifications and, above all, you have a loving heart, you are a sensitive person, noble and faithful to the Church, your Archbishop and to the Holy Archdiocese. And all these are a guarantee that you will be a good and blessed spiritual father and many souls will find rest under your guidance, and they will also find salvation,” he concluded. 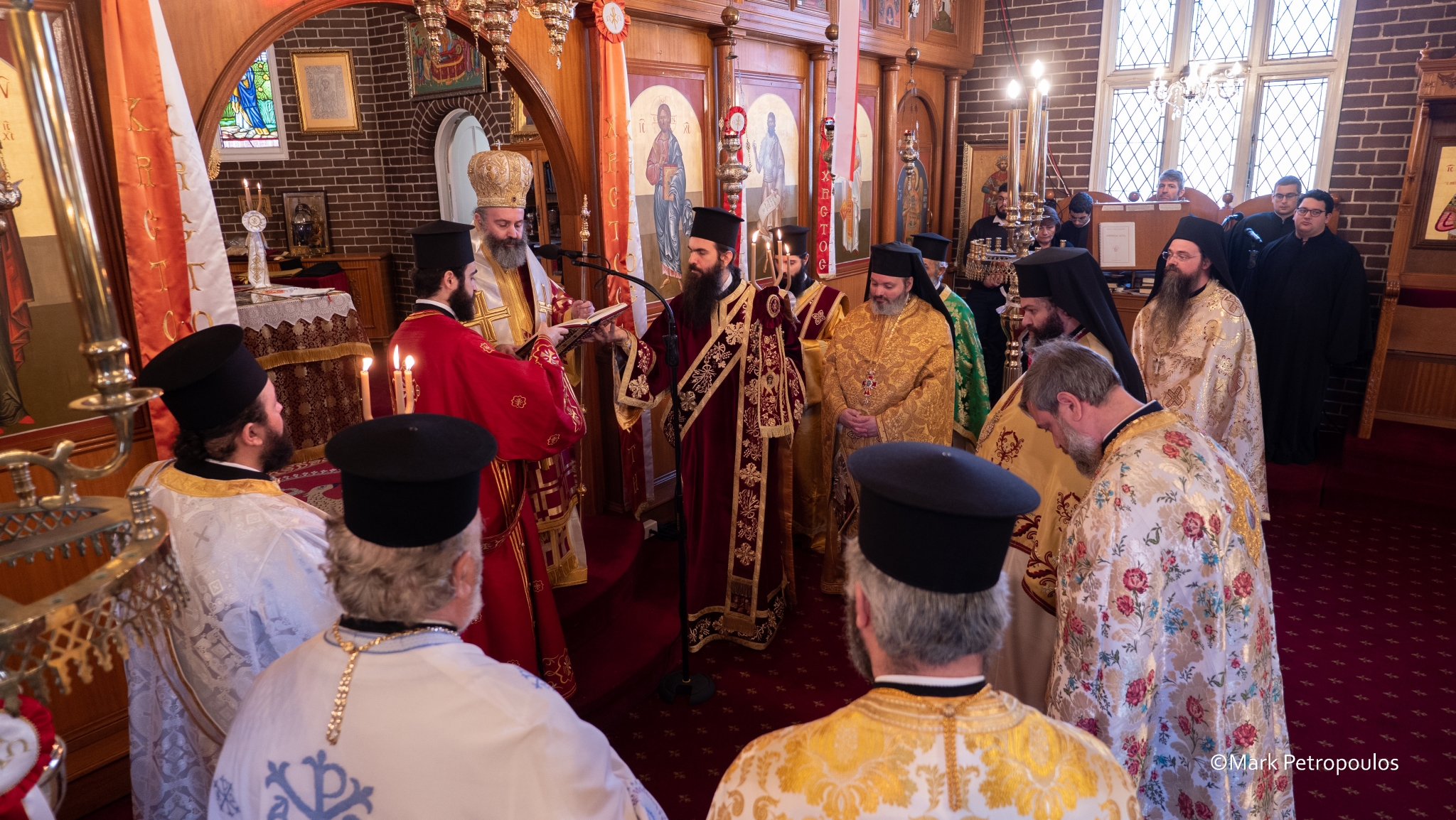 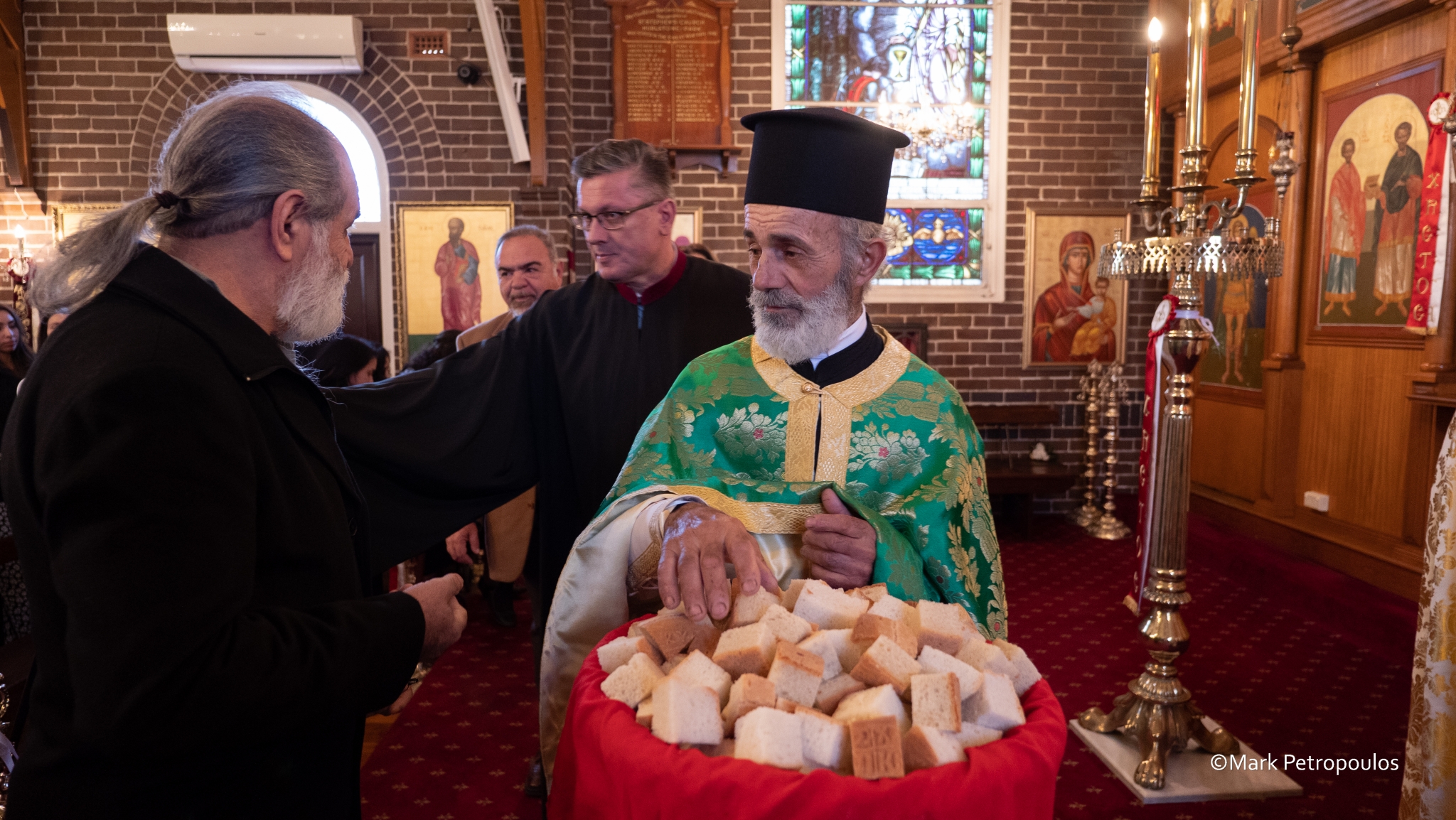 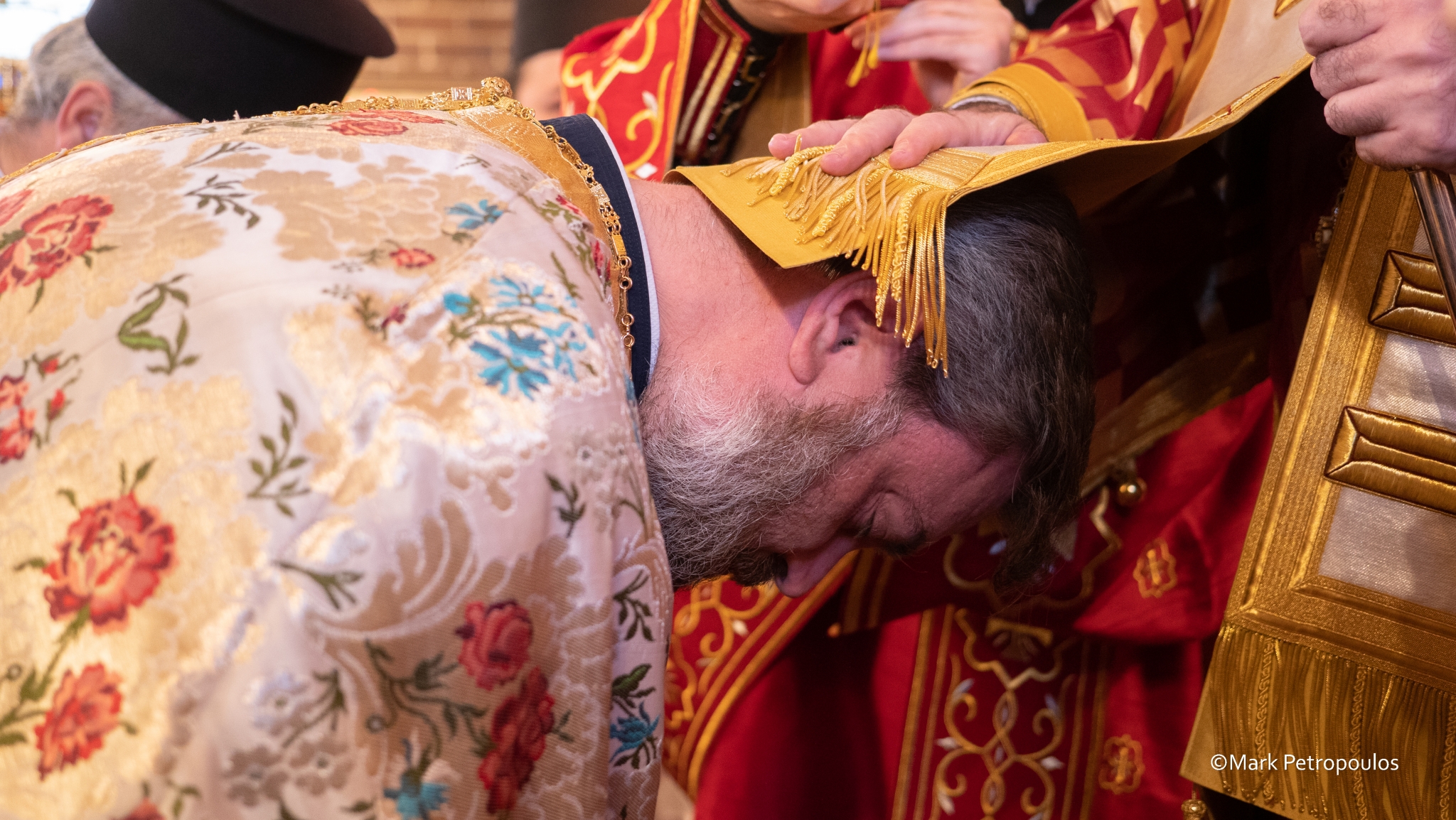 OrthodoxTimes has a record number of visitors during the past 30 days. Having gained the trust of thousands readers...

Church of Cyprus: The Holy and Great Synod is not inferior to the ancient Synods

The Church of Cyprus issued a circular message on the occasion of the five-year anniversary of the Holy and...