Ordination of Deacon in Melbourne by Archbishop Makarios of Australia

Archbishop Makarios of Australia visited Melbourne again over the last four days. During his visit, Christoforos Krikelis was ordained Deacon, who is the son of a priest. He will serve as Deacon at the Headquarters of the Greek Archdiocese of Australia in Sydney.

In addition, during the assembly of the priests, the Archbishop called on a medical-scientific team to collaborate with local parishes and priests in order to set up information and care centres, especially for lonely elderly people.

On the day of the Feast of Saint Demetrios, the Archbishop of Australia presided over the Hierarchical Divine Liturgy at the St. Dimitrios Greek Orthodox Church. The Divine Liturgy was concelebrated with Metropolitan Myron of New Zealand and Bishop Ezekiel of Dervi. 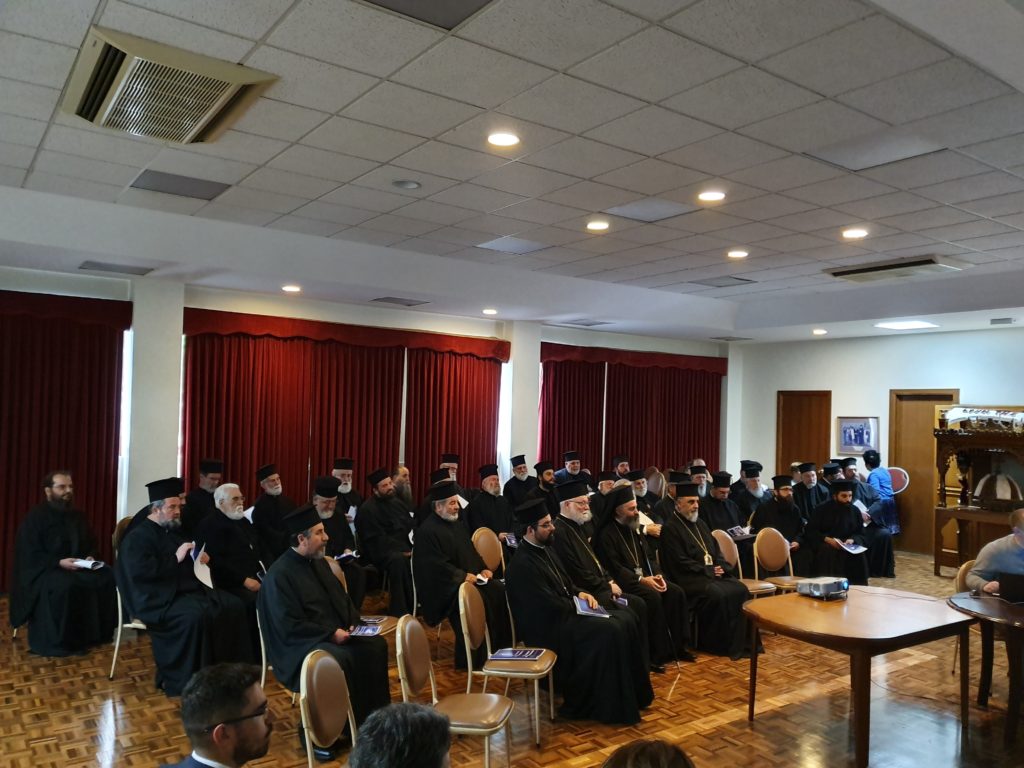 Inauguration of Book Center of Archdiocesan District of Adelaide

President of the Hellenic Republic: The Holocaust was the most atrocious crime against humanity