Ordination of Bishop of Sozopolis in Sydney

On Saturday, November 13, the feast day of St. John Chrysostom, Bishop Kyriakos of Sozopolis was ordained by Archbishop Makarios of Australia at St. Nicholas Church in Marrickville, Sydney.

Bishop Kyriakos received the episcopal mitre and the staff from the Archbishop of Australia, in the presence of Metropolitan Ezekiel of Derby, Bishops Iakovos of Militoupolis, Aimilianos of Meloa, Elpidios of Kyanes and Siluan of Sinope, and the clergy who exclaimed with enthusiasm “Worthy” and sent their warm wishes to the new hierarch.

In his speech, Archbishop Makarios addressed Bishop Kyriakos with words of love and appreciation. “Your blessed course so far,” he said, “sends a great message to all of us: that the life left in the hands of Christ becomes a mystery, which holds peaceful and graceful surprises.”

Bishop Kyriakos, a humble and invisible monk, who has proven to have never sought any promotion or office in his life, the one who has nothing to do with the phenomenon of the “careerist clergyman,” is called today […] to take over the highest episcopal office.

Elsewhere in his speech, the Archbishop referred to the historic Diocese of Sozopolis, which bears the title of the newly ordained Bishop, while finally reminding him of the last words of St. John Chrysostom “Glory be to God for all things,” which is fatal blow to the devil, as he noted.

On his part, Bishop Kyriakos first referred to the time when he was ordained a priest in the “Orchard of the Virgin,” and recalled a phone call he had received from his late mother, who thanked him for the honor he had given, through his priesthood, to his parents. “These words have accompanied me ever since, and I ponder the importance of this honor.

He then expressed his gratitude to Ecumenical Patriarch Bartholomew and the Holy Synod about him for his election as Bishop, while assuring that he would serve the Church and the Ecumenical Throne with self-sacrifice, obedience and love. 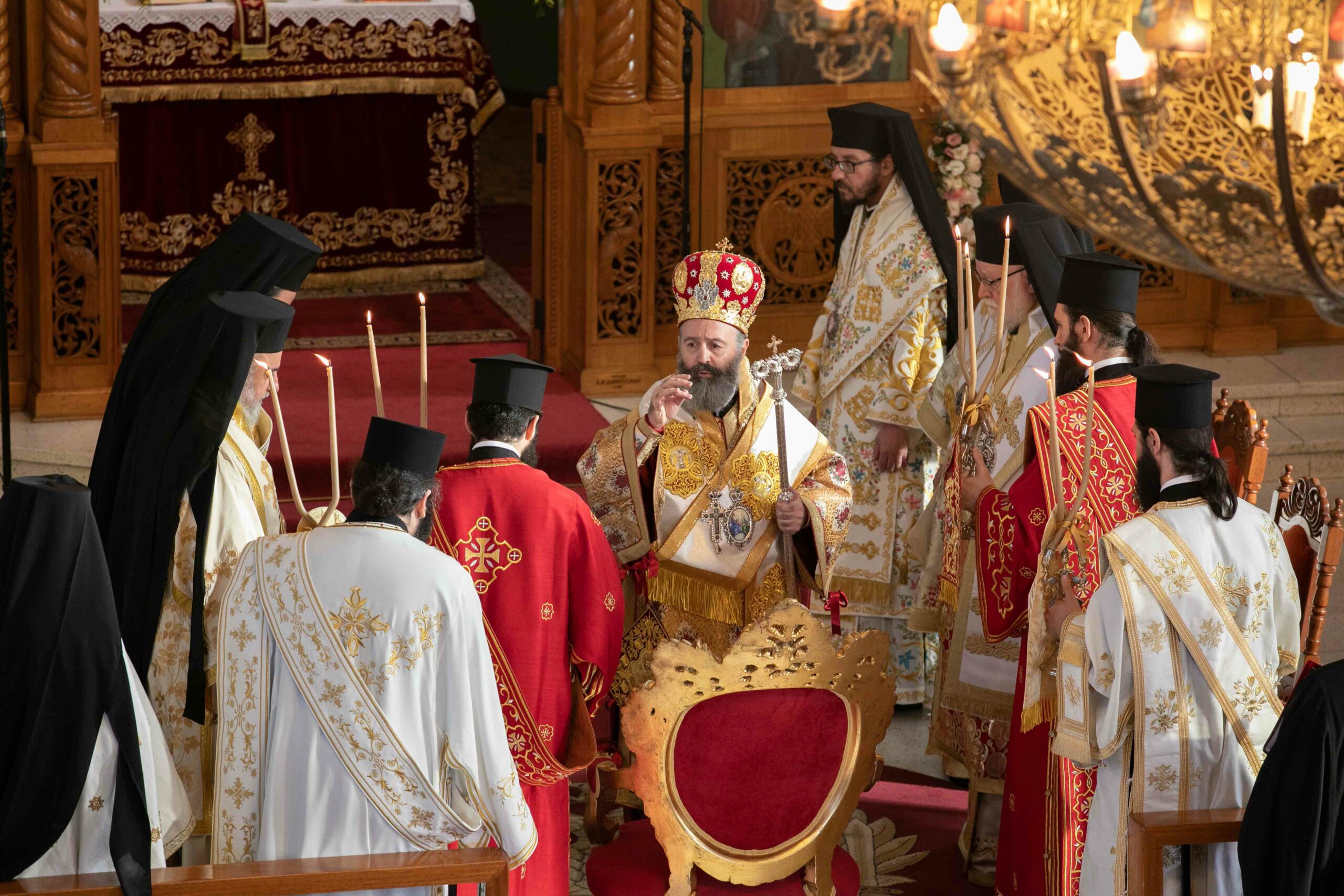 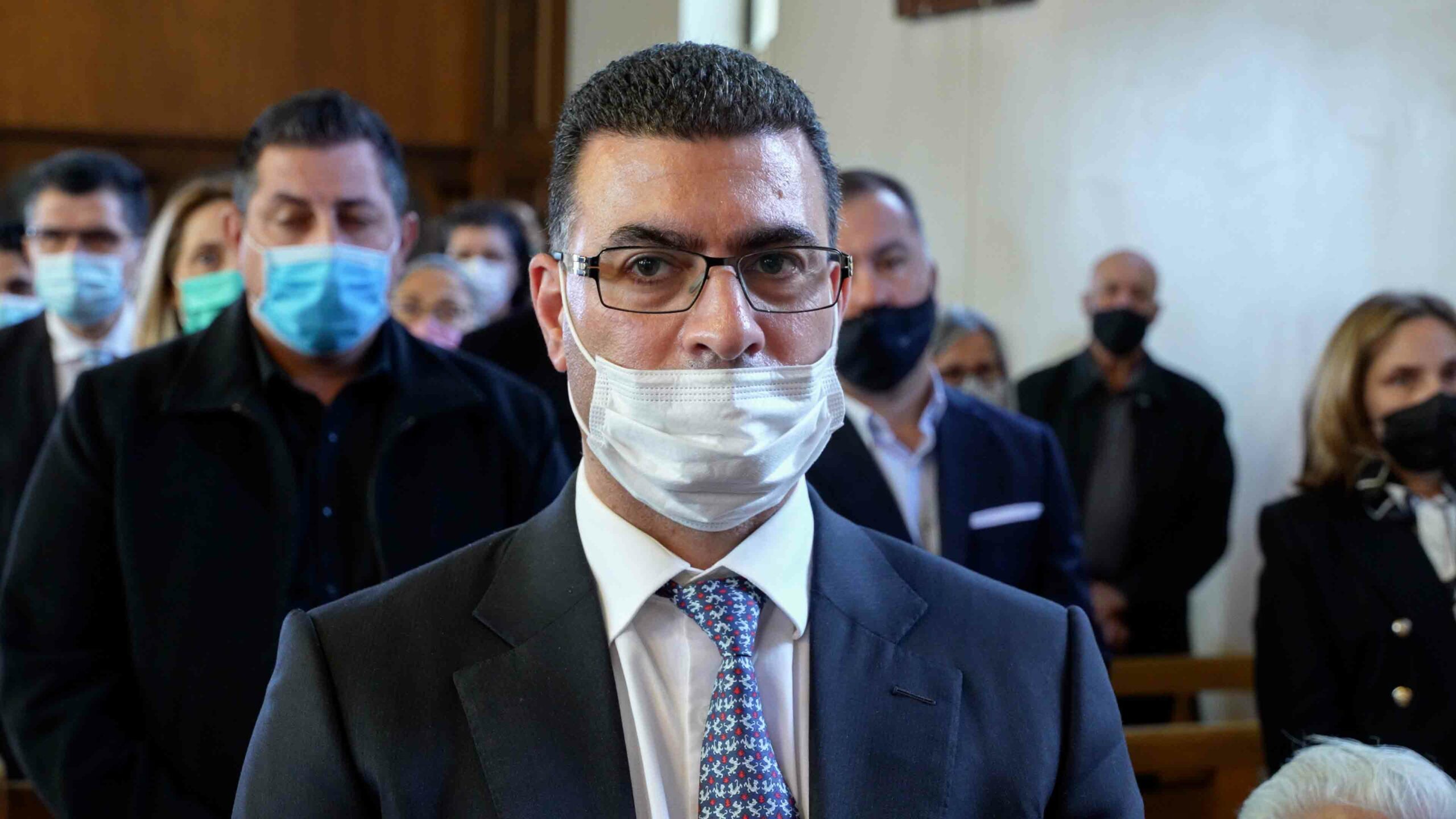 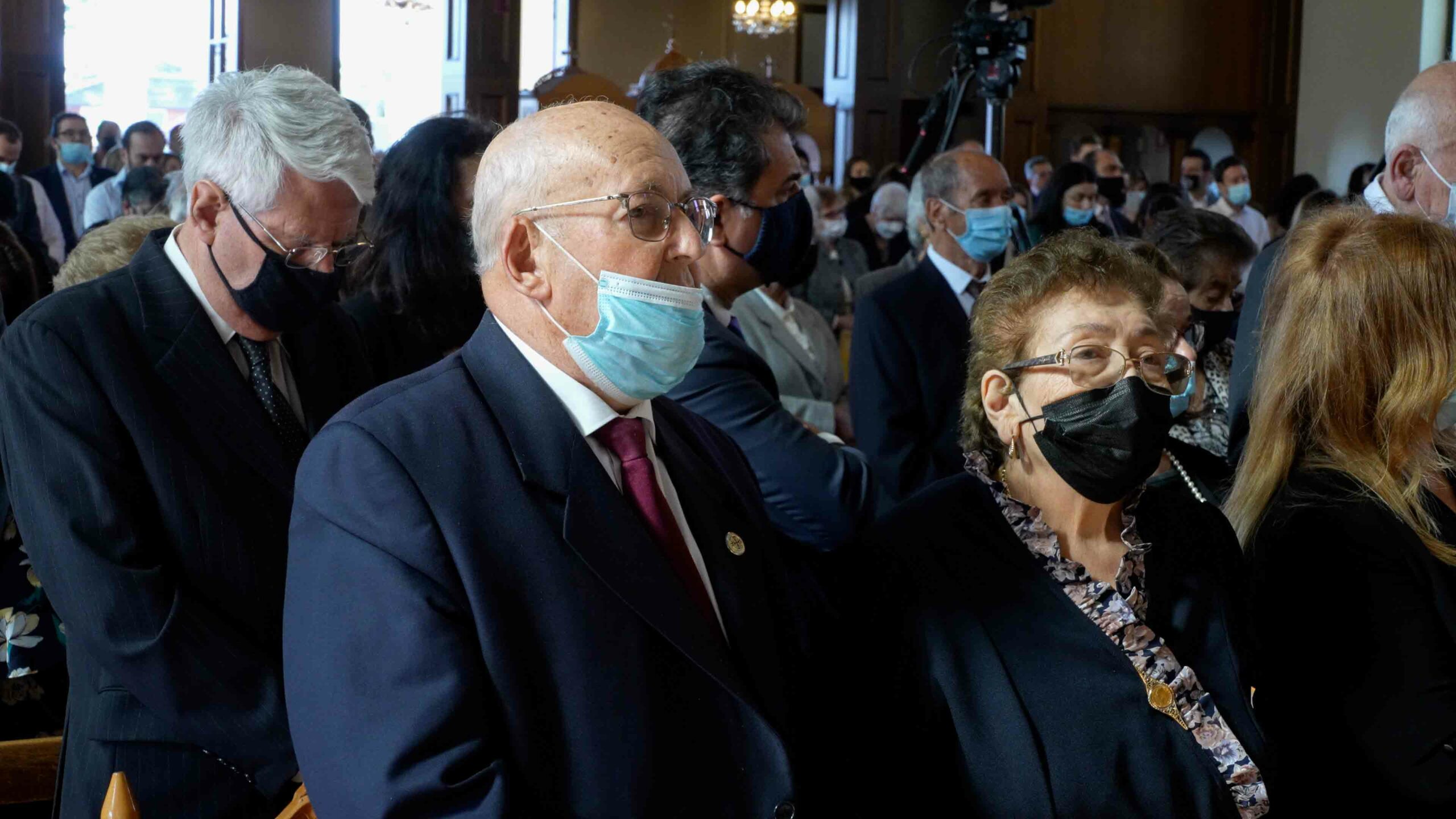 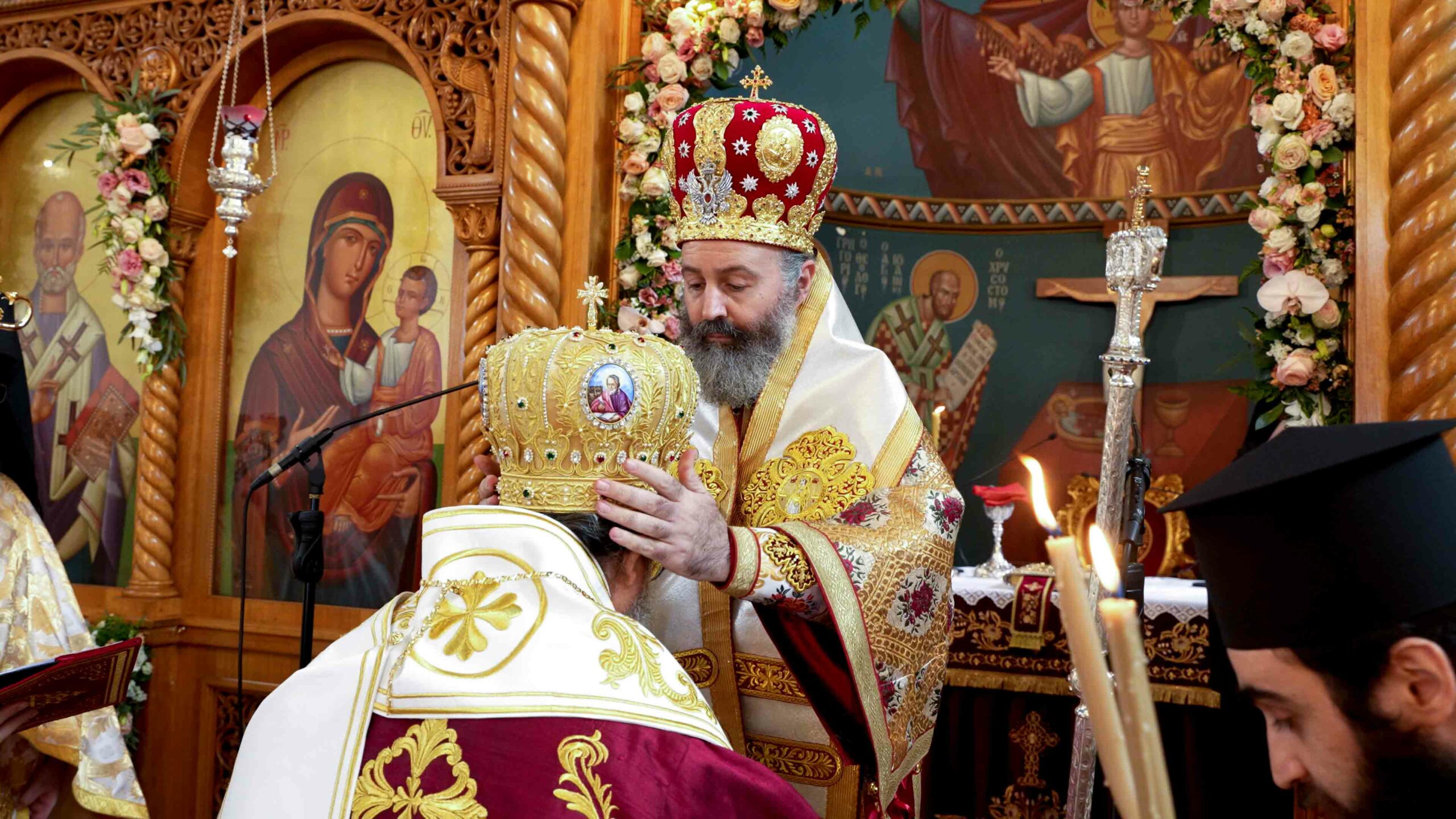 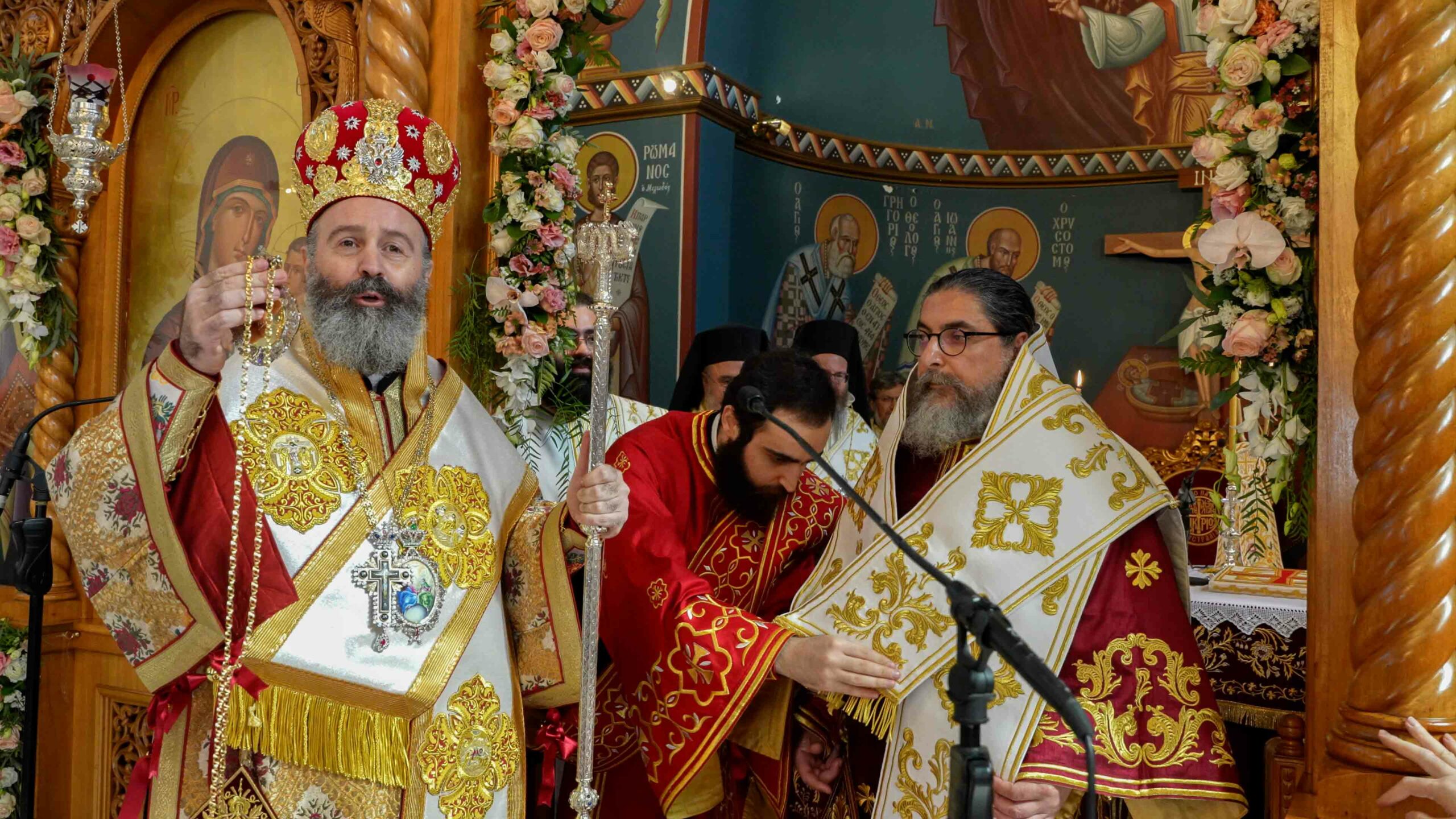 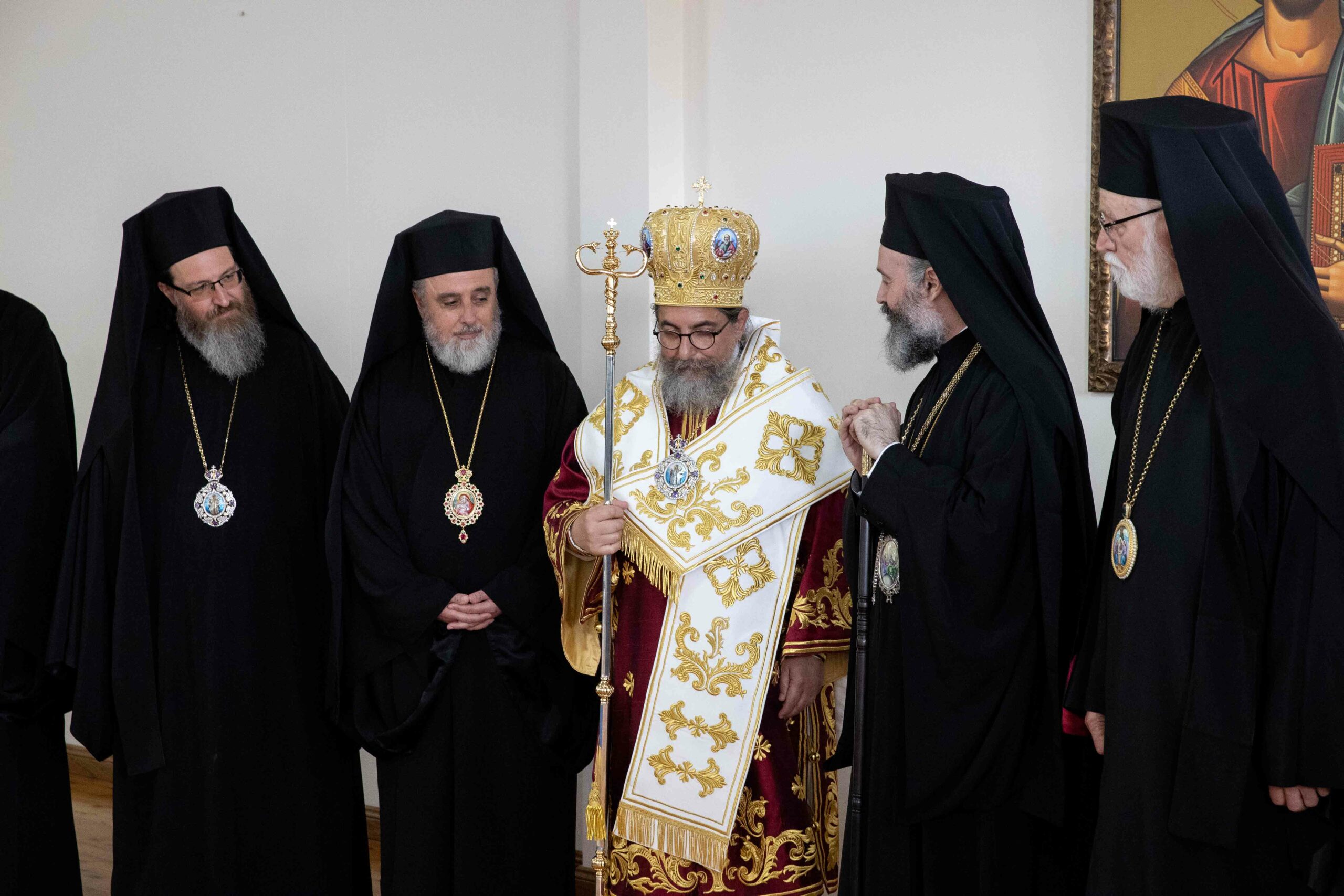 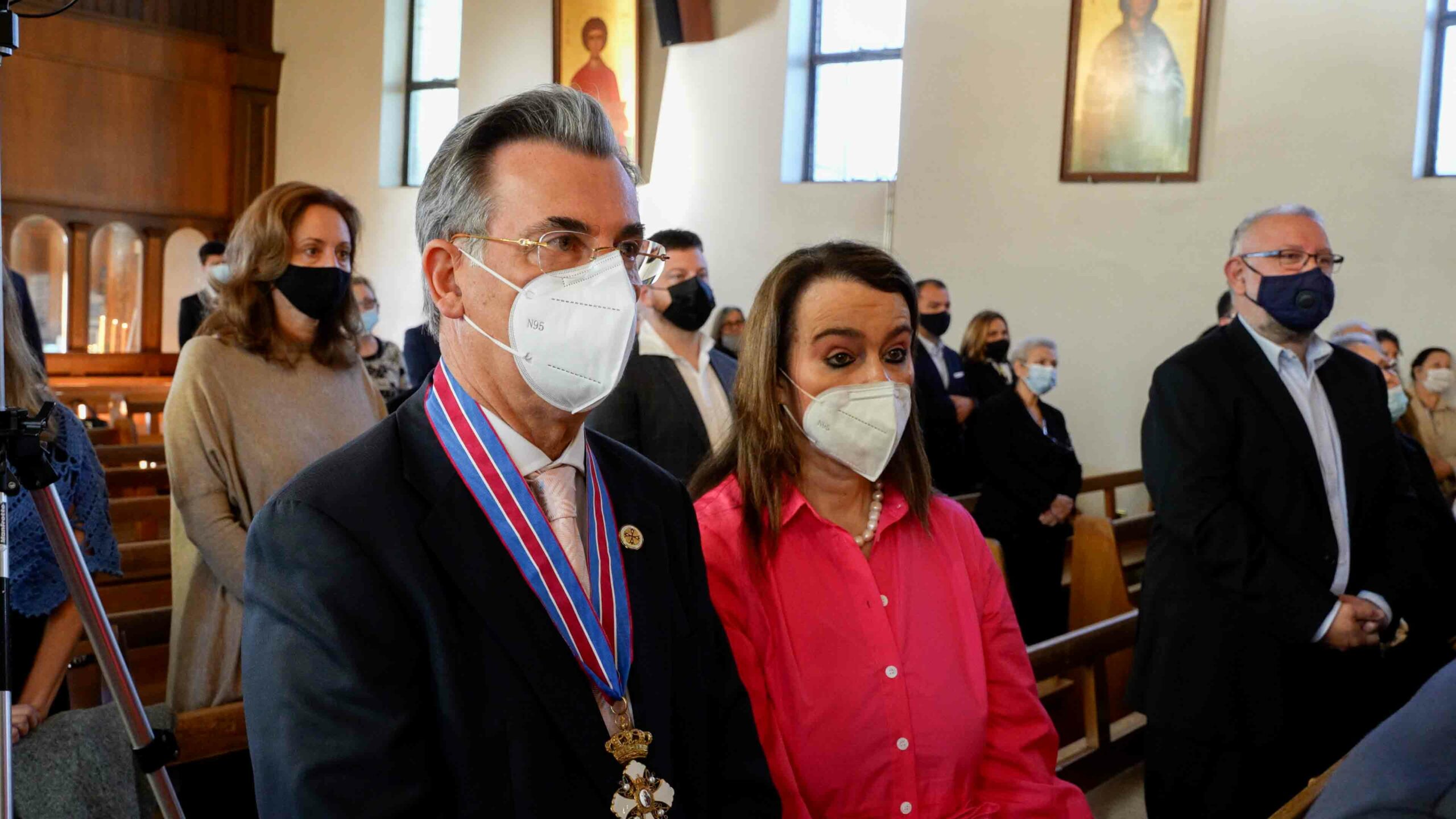 Bishop of Charioupolis in the inaugural speech of Senator Peter Poulos

Feast of St. John Chrysostom was celebrated in London