The ceremony for the resuming of rebuilding of St. Nicholas Greek Orthodox Church at Ground Zero will take place on Monday, August 3, at 11:30 a.m. (GMT-4) in the presence of the Governor of the State of New York, Andrew Cuomo.

A similar ceremony was held at the foundation of the church project in the fall of 2014, but the project encountered financial difficulties. With the arrival of Elpidophoros as Archbishop of America, the required funds have been raised and rebuilding resumes.

The aim is to have the new St. Nicholas open on September 11, 2021 — the 20th anniversary of the attacks — to offer comfort to New Yorkers of all faiths.

“Finally, the only House of God destroyed on Sept. 11 will be completed and open to all people, on the twentieth anniversary of that fateful and horrific day,” said Archbishop Elpidophoros. “We look forward to welcoming New Yorkers and the entire world to this sacred space dedicated to memory, faith, and freedom.”

He continued: “We will never forget the innocents who unjustly perished that day, and all the heroes and their families who gave the last full measure of courage and love for their fellow human beings. Saint Nicholas will remember, and will be a sign of hope for all people.” 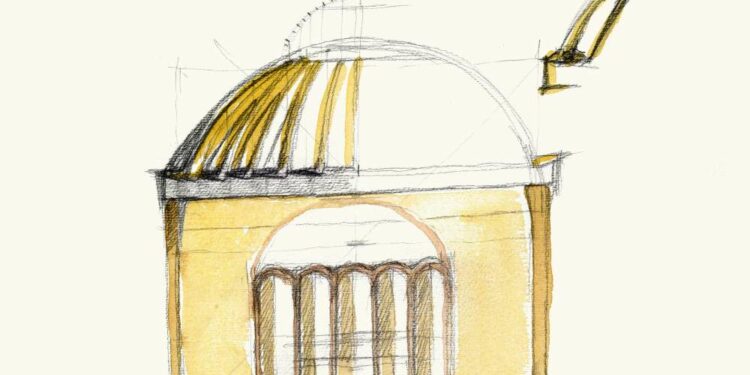 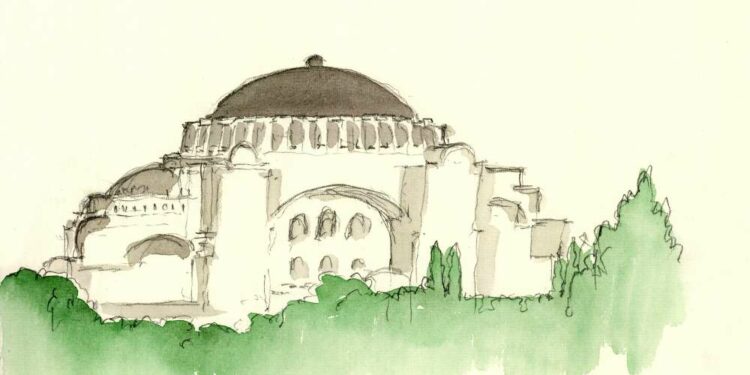 In his message to the faithful in the Saint Nicholas National Shrine July Newsletter, the Archbishop of America links St. Nicholas with Hagia Sophia:

I write to you in these heavy days, when our precious Hagia Sophia has been seized for re-conversion to a mosque. I want to remind all of you that the inspiration for the design of Saint Nicholas came from Hagia Sophia, as you can see by the wonderful series of watercolor sketches made by the architect, Santiago Calatrava.

Deeply moved by the magnificent icon over the south door in the Vestibule, which portrays the Emperors Constantine offering the City and Justinian offering Hagia Sophia to the Theotokos and Divine Child, the architect marvelously morphed the image of the Holy Mother into the design of the Church. And to solidify this connection with Hagia Sophia, the dome of Saint Nicholas will have forty ribs, as does the dome of the Hagia Sophia, a living reminder of the Great Church for all the world to see.

This artistic connection is also a spiritual one as well. Even as Hagia Sophia is manipulated to satisfy shortsighted exclusionary objectives of ‘glory’ and dominance, the Saint Nicholas National Shrine and Church will become an open and inclusive witness of what is best in all human aspirations for the Divine. For a thousand years, Hagia Sophia was the largest edifice – religious or otherwise – in the world. Saint Nicholas will be as large, but not physically. 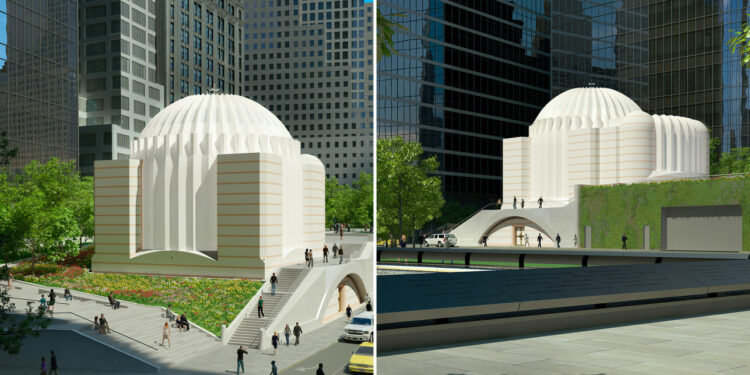 Donation of 25,000 dollars to St. Nicholas Church in New York

Memory of Saint Theokliti the Wonderworker