On Sunday, October 17, 2021, at the Basilica of the Nativity in Bethlehem, Patriarch Theophilos of Jerusalem officiated the memorial service for the repose of the soul of the blessed Archbishop Theophylaktos of the Jordan, who was the Patriarchal Representative in Bethlehem.

Co-celebrants to Patriarch Theophilos were Metropolitan Isychios of Kapitolias, Archbishop Aristarchos of Constantina, Archbishop Methodios of Tabor, and Metropolitan Joachim of Helenoupolis, along with Dragoman Archimandrite Mattheos, Elder Kamarasis Archimandrite Nectarios, the Arab-speaking Priests of the Shrine, Spyridon, Issa Thaljie, and George Jakaman. The chanting was delivered in Greek and Arabic by the choir of the shrine and many faithful of the Arab-speaking community participated in the prayer.

After the memorial service, there was a memorial reception at the Hegoumeneion where many people offered their condolences to HPatriarch Theophilos. 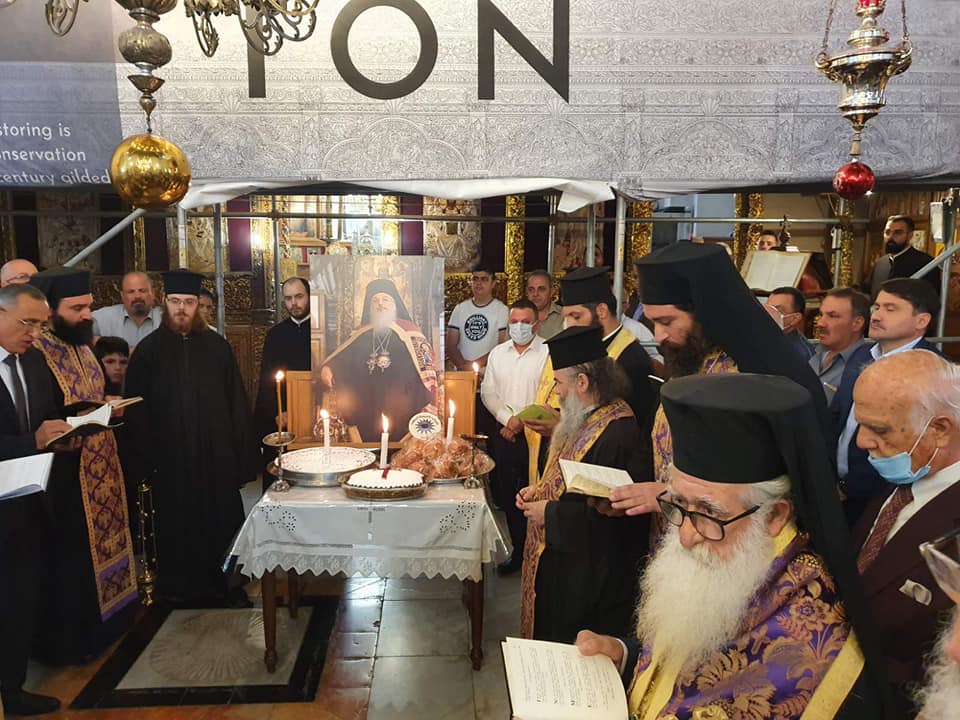 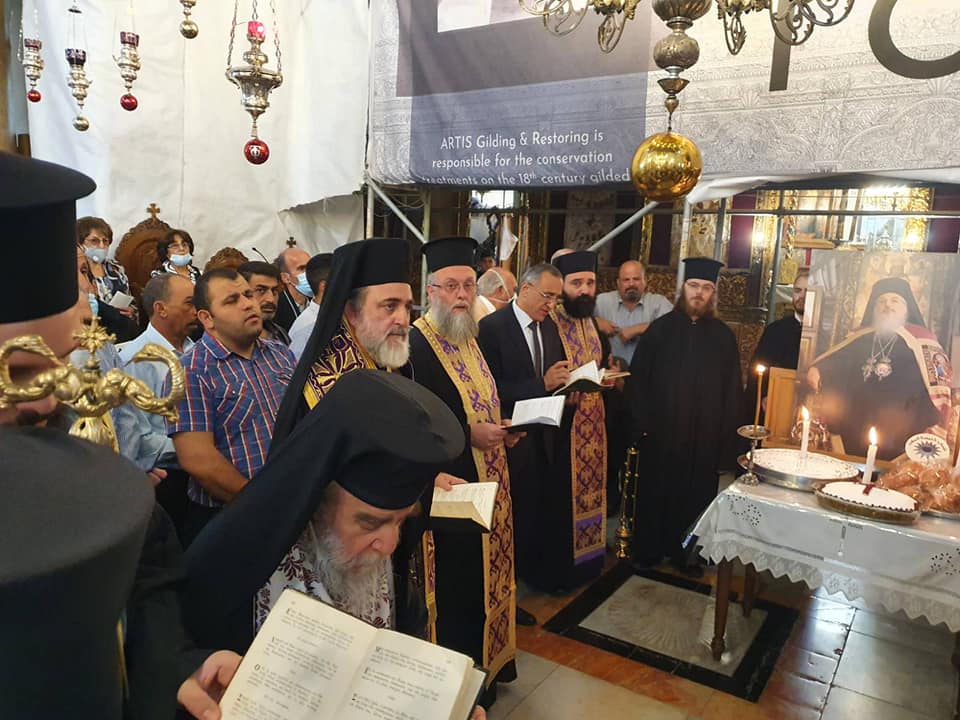 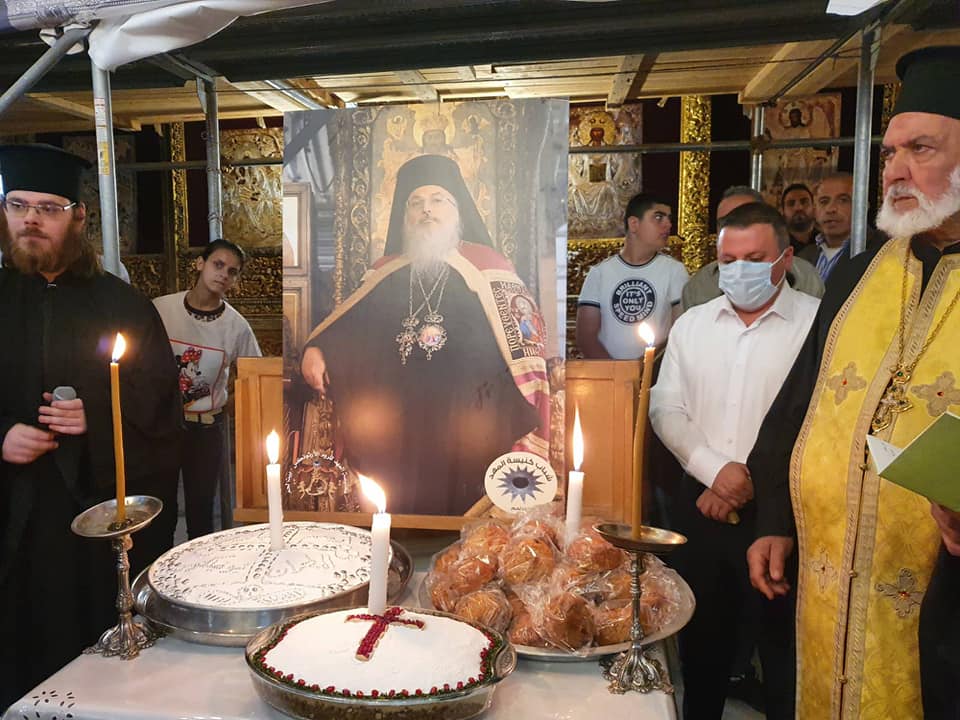