The Archiepiscopal Vicar of Canberra and Tasmania, Archimandrite Prochoros Anastasiadis, visited Hobart, Tasmania. On the Sunday of 318 Fathers of the First Ecumenical Council, the Archimandrite attended the Orthros and the Divine Liturgy at the Holy Trinity Church, officiated by Fr. Vassilios Verdos.

This was the last time Fr. Vassilios served his ministry in Australia, as he will return to Greece to be reunited with his family as reported by vema.com.au.

In his sermon, Fr. Prochoros spoke to the congregation about the First Ecumenical Council in Nicaea, in which 318 Fathers participated, among them Saint Nicholas, Saint Athanasios and Saint Spyridon, who were against the heresy of Arianism that challenged the divinity of Jesus Christ.

In addition, he stressed the importance of defending our faith from modern heresies and maintaining our devotion to God and the Church.

At the end of the Divine Liturgy, the Archimandrite thanked Fr. Vassilios, on behalf of Archbishop Makarios of Australia, for his ministry in the Parish of the Holy Trinity in Tasmania.

In addition, he wholeheartedly wished him well in his life, while urging him to pray for the pious people of Tasmania, as well as for Archbishop Makarios who had ordained him and placed him in the parish of the island’s capital.

Furthermore, Fr. Prochoros spoke to the faithful about the significant role of the priest, while announcing that, with the blessing of Archbishop Makarios, Fr. Vassilios will be succeeded by Fr. Dimitrios Katsis.

In fact, he invited all the Greek Orthodox faithful of Tasmania to come to the Holy Trinity Church next week, on the great feast of Pentecost, and welcome the new priest and his spouse in Tasmania.

In his reply, Fr. Vassilios thanked the Archbishop of Australia who ordained him and placed him in Tasmania, while he also thanked Fr. Prochoros for all his efforts to bring the Greek Orthodox flock of Tasmania in contact with the rest of the Archdiocese. In addition, he thanked the congregation for all their love and support.

Afterwards, a meal was served in the church hall, where the faithful were given the opportunity to send their wishes to Fr. Vassilios. 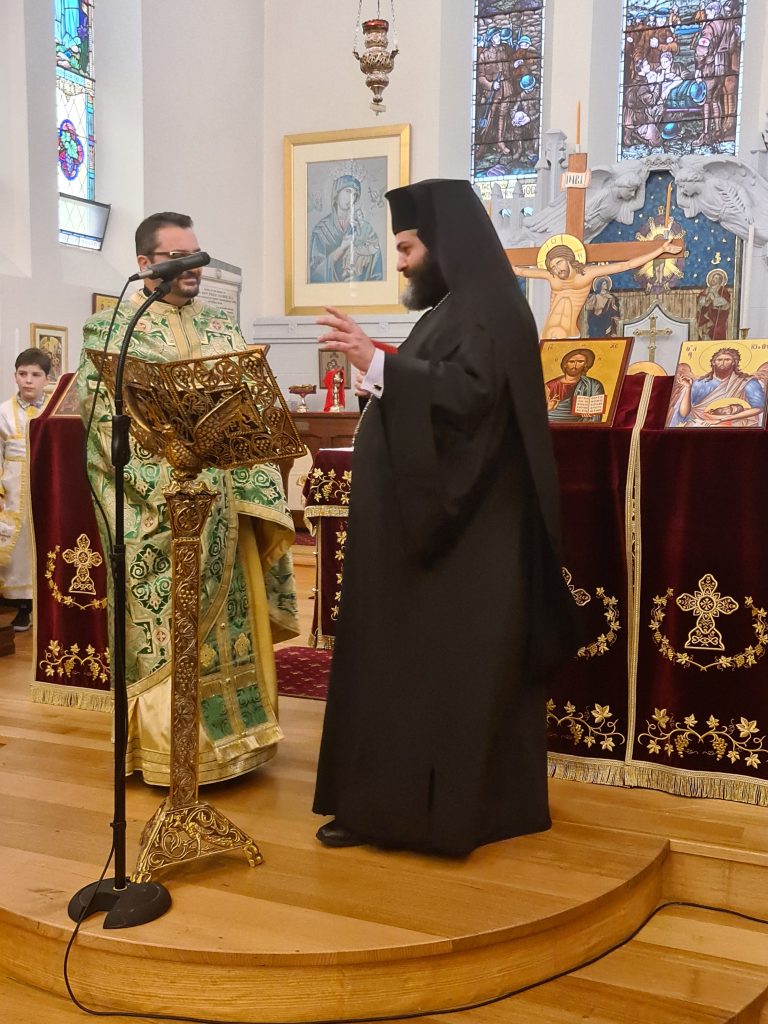 Visit of the General Consuls of Greece, Croatia, and Malta at the Archdiocese of Australia

Sunday of 318 Fathers of First Ecumenical Council in Halki seminary