New Metropolitan of Spain, Portugal to be enthroned on March 27

The Metropolis of Spain and Portugal announced that the enthronement of the new shepherd of Spain, Metropolitan Bessarion, will take place at the Holy Metropolitan Church of Saints Andreas and Demetrius in Madrid, on Saturday, March 27, at 13:00.

The enthronement ceremony will take place in accordance with all the health protocols in force in Madrid, so a limited number of believers will be able to attend the ceremony. 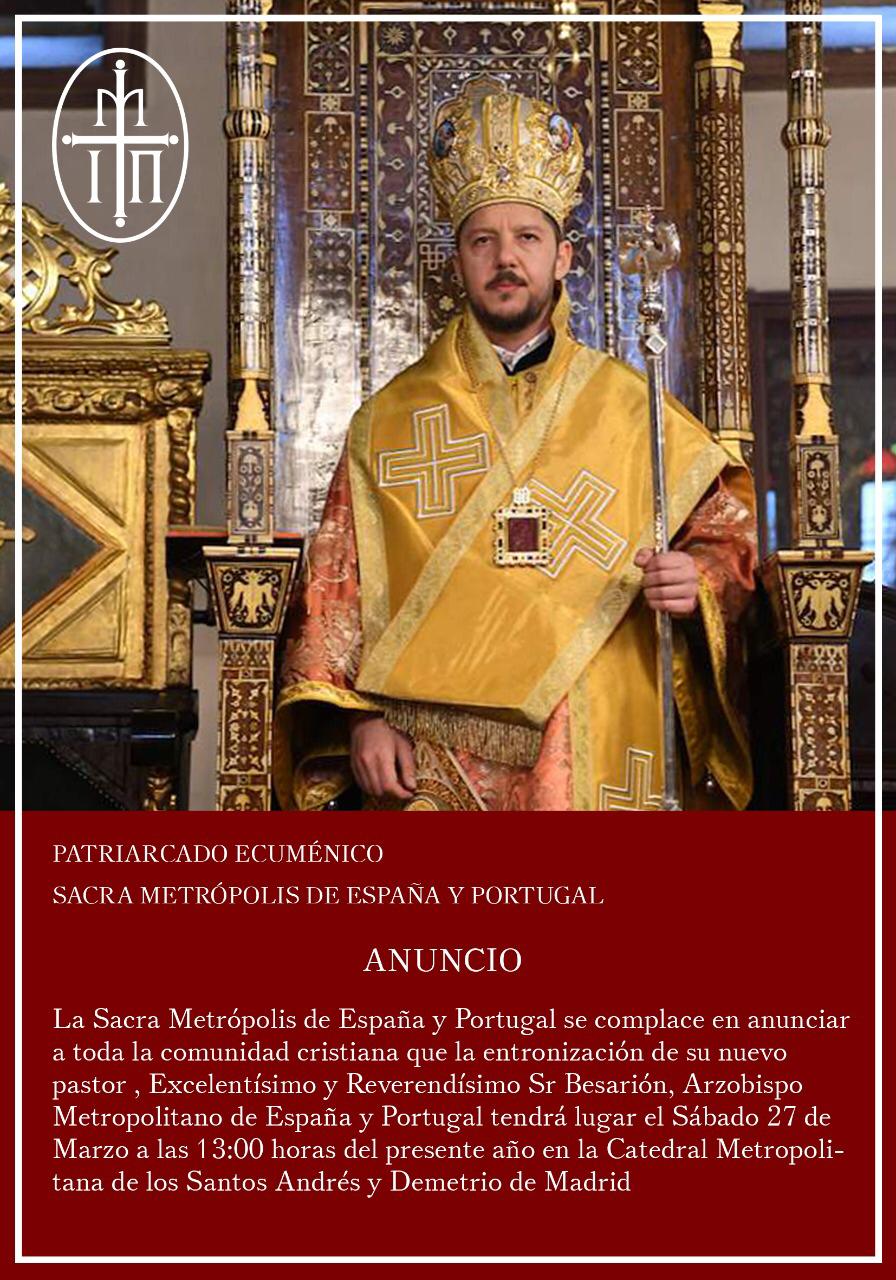 Tags: Metropolis of Spain and Portugal

Enthronement of new Metropolitan of Spain and Portugal

Metropolitan of Spain in Nafpaktos on Saint Paraskevi Feast

Metropolitan of Spain: A brother helped by his brother is more than a walled city, he is strong as a palace

Great Lent: An opportunity to deepen our relationship with our Lord Jesus Christ