The Orthodox Fellowship of the Transfiguration has produced an online documentary that reveals the express requirement within our Liturgy and theology to care and protect God’s Creation.

As Ecumenical Patriarch Bartholomew has said, “climate change is a profoundly moral and spiritual problem”. Filmed over the course of 2-years, the filmmakers travelled across North America and Alaska to hear from traditional landowners, scientists, bishops, monks, priests and laity about the impact of climate change.

This documentary will stream for free on www.faceofgodfilm.com from September 1, 2021. The film’s website has a huge collection of scientific articles and practical resources about reducing the impact of climate change, as well as community and individual-focussed projects, which will be released over the course of the year, encouraging Orthodox to implement positive action for God’s Creation. 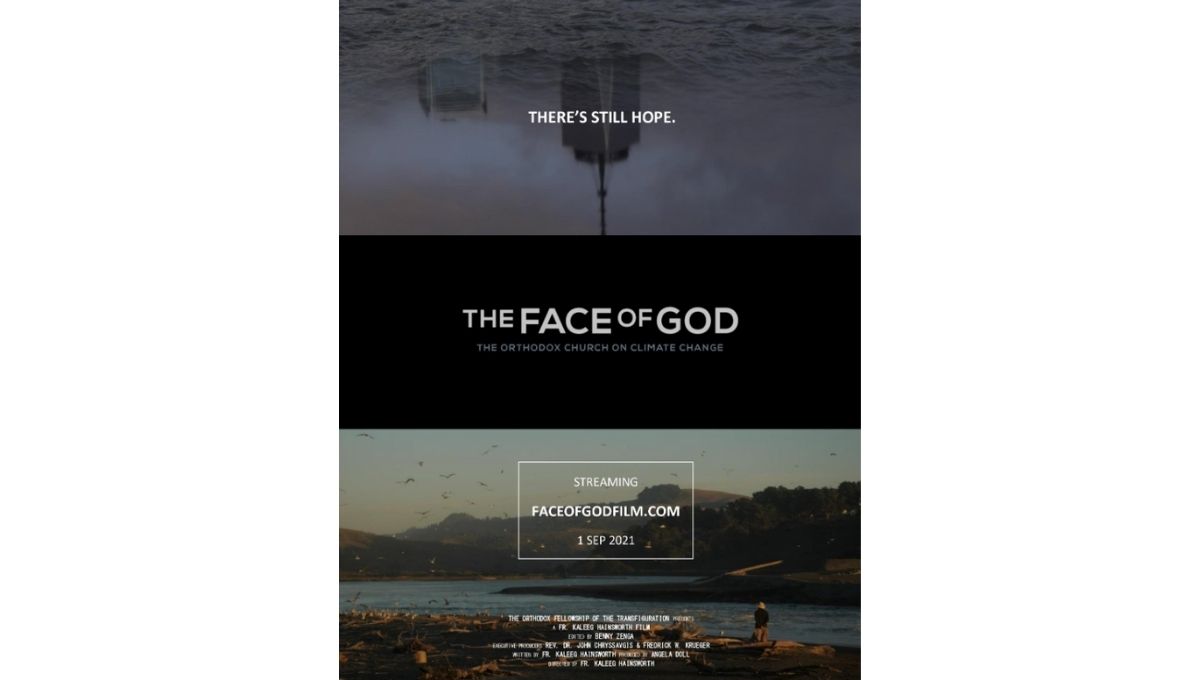 Voices of clergy and lay leaders, scientists and theologians, as well as parish communities, focus on ecology, theology, and our relationship to the natural world.

From the melting permafrost that threatens parishes in Alaska, the wildfires that ravaged California in 2020, and to the south, where hurricanes are becoming stronger and deadlier, communities throughout the world face the rising impacts of global climate change.

Produced by The Orthodox Fellowship of the Transfiguration, this pan-Orthodox film is introduced by Archbishop Elpidophoros, Primate of the Greek Orthodox Archdiocese of America, and narrated by John Chryssavgis.

“The film depicts the beauty and sacredness of the natural environment, the importance, and urgency of creation care, as well as the responsibility of all of us, to preserve God’s creation,” Chryssavgis said, as one of the film co-producers.

Interviews in the film include the late Archbishop David from the OCA Diocese of Alaska, Metropolitan Savas of the Greek Orthodox Metropolis of Pittsburgh, and numerous clergy, professors, and lay leaders throughout America.

This film is based on the tradition of the Orthodox church’s long history of engaging with climate change and environmental initiatives, and especially the work of the Ecumenical Patriarch Bartholomew, affectionately known as “the green patriarch,” whose work is highlighted in the film.

In 1989, Ecumenical Patriarch Demetrios published the first encyclical letter on the environment, proclaiming 1 September – the beginning of the church calendar – as a day of prayer for the protection of God’s creation. This was the origin of the Season of Creation, which has since become an annual global and ecumenical celebration.

For the visible unity of the Church of Christ (VIDEO)

Ethiopian Orthodox Church: Genocide against Christians is being committed now

‘Christ has risen’ to all the hearts around the world!