No Result
View All Result
Home

The excavations of the site identified in 2018 as ancient Tenea, the hometown of Oedipus according to myth, revealed extensive facilities of Roman-era baths, specialists said following the end of the summer season.

At the Chiliomodi area in the prefecture of Corinthia where excavations began in 2013 under the supervision of Eleni Korka, emeritus director of antiquities, this season brought to light extensive facilities devoted to public baths. The entire area dates from the 1st century BC to the end of the 3rd century AD and its size points to its public use.

“This year we found a complex of bath facilities, nearly 500 sq.m., dated to Roman times,” Vivi Evangeloglou, archaeologist and collaboration of Korka, told the Athens-Macedonian News Agency (ANA-MPA). “We have found three areas for warm baths – two of which end up in apses – along with the hypocaust system and underground praefurnium corridors to supply and clean the area below the floors,” she added.
The clay flooring of the baths “are in excellent condition, and the colour is preserved on several sections,” Evangeloglou said. The warm-bath areas connect in the south to another four spaces that remain to be cleared by excavators.

The ancient Tenea site also contains evidence of Archaic times (roughly spanning the 7th to 5th centuries, immediately preceding the Classical era). North of the baths and adjacent to them archaeologists discovered an ancient well, believed to be nearly 16 meters deep. “The well has intact built walls and is surrounded by archaic-era walls. The entire collection of ceramics we have comes from this area and date to archaic times,” Evangeloglou said. The well has been dug to a depth of 14 meters so far.
Findings near the well include a depository of dedicatory statuettes and miniature vessels, evidence that the site served as a pilgrimage point for visitors, she added. Some of the vessels are in the shape of aryballoi (vessels for perfumed oils), skyphoids (small, deep vessels with an open-top), while dedicatory clay ponies including some with riders and two models of iron tables were also found in the dedicatory depository.
In the north of the well excavators found a thigh section of a kouros from Parian marble, dated to late Archaic times, as well as a section of another marble, along with a section of a possible statue of Aphrodite, the latter of which was brought up from the well during ANA-MPA’s visit to the site.
Given the architectural remains found in the area and evidently reused by Romans, it appears that the site included “monumental construction of earlier years: in other words, Archaic, Classical and Hellenistic eras,” Evangeloglou told ANA-MPA. “The site appears to have been used throughout antiquity, following the fate of the main town, which was abandoned in the 6th century AD during the raids of the Avar Slavs; residents fled to the mountains, especially Stefani, Faneromeni and elsewhere.”
Last year’s excavations located the residential areas and established the identification with ancient Tenea, whereas this season saw work done in the public-building area of the town.

The wealth of ancient Tenea is supported by the findings, which in seasons completed so far include rich objects from tombs such as a gold-plated copper wreath, gold earrings and rings and gold replicas of coins.
Standing out among coins is a silver stater of Corinth, dated to around 480 BC. “This is the rarest coin ever minted by Corinth,” historian and numismatist of the excavation team Constantine Lagos told ANA-MPA. “American excavators, who have been digging in Corinth for 120 years, have found a total of 10 such coins, whereas we found one from the very start, and it’s in excellent condition,” he noted.
According to myth, ancient Tenea was founded by Agamemnon to house there the Trojan prisoners of war; the name of the town may relate to the origin of Trojans from the island of Tenedos. In addition, the myth says that Oedipus, Sophocles’ tragic king, was raised in Tenea. “Salvage excavations in the 1960s have uncovered a Roman oil lamp depicting Oedipus at a young age,” Evangeloglou clarified. In the 8th century BC, the town joined in the founding of Syracuse as a Greek colony.
The excavation staff has worked with the local community under the umbrella of the association “Friends of Ancient Tenea”. Local residents have provided great support by providing housing for students and excavators. Internationally known actress Irene Pappas and her nephew, director Manoussos Manoussakis, have both lent their homes to the excavation team. As civil engineer and member Chryssoula Vaitsi told ANA-MPA, “Everyone helps and contributes to this effort, which is a collective project.” 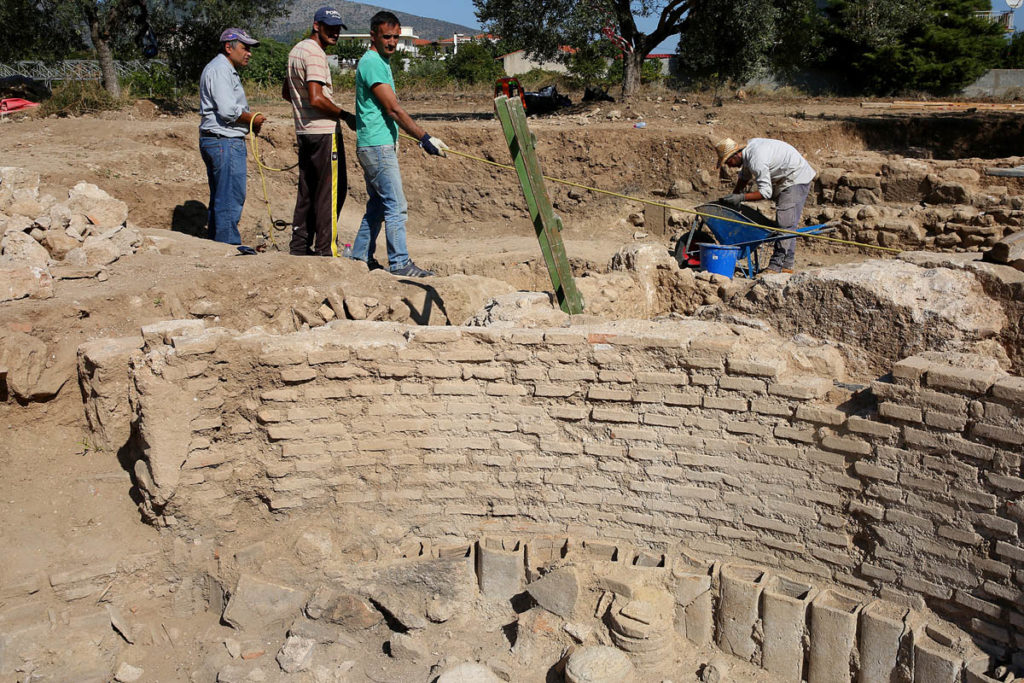 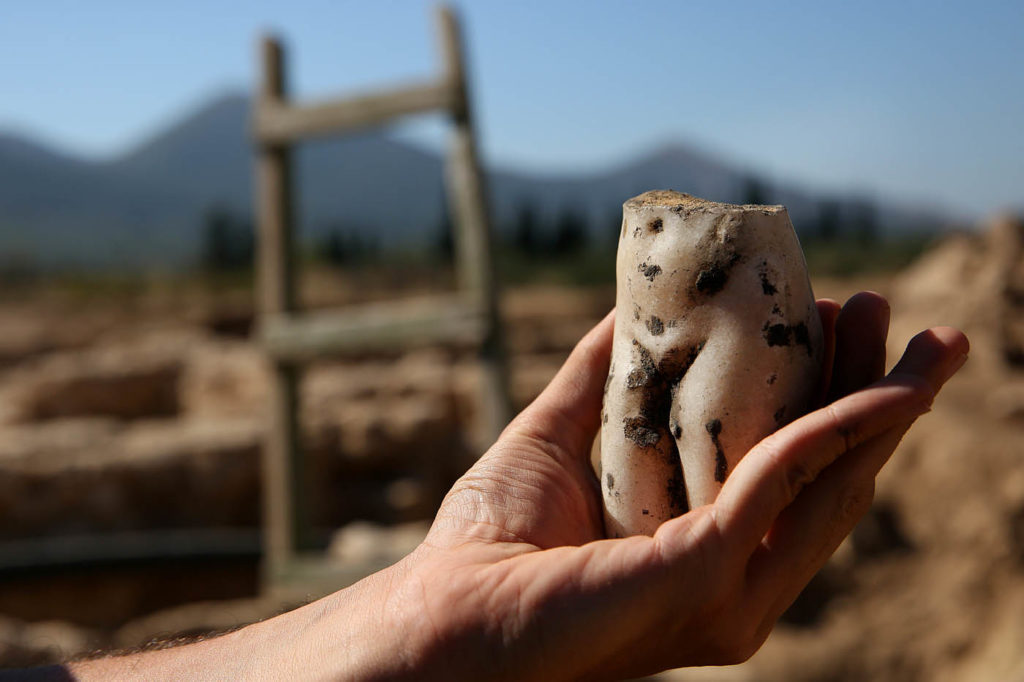