in Patriarchate of Moscow

It seems that the Moscow Patriarchate decided to “invade” Greek territory by carrying out its threat of acting in retaliation against the Church of Greece if it recognised the Church of Ukraine.

According to the official website of the Patriarchal Exarchate in Western Europe, it established a metochion in the Aspropyrgos area, Attica, Greece. As it is shown in a photo on the website, the metochion is dedicated to the Dormition of the Theotokos and its Head is Archimandrite Melchizedek.

Who is Archimandrite Melchizedek?

In Greece, he is known as “Archbishop of Romania”, who was introduced by Artemis Sorras.  Artemis Sorras is the leader of a political organisation called “Ellinon Synelefsis” (Assembly of the Greeks) and became known during the financial crisis in Greece because he was claiming that he was able to buy off the Greek debt. He has been sentenced to six years in prison without parole for attempting to commit fraud against the Greek state.

Archimandrite Melchizedek, also known as Dimitrios Liaropoulos, had been making people take an oath and delivering a patriotic speech.  He distanced himself from the “Sorras movement” a few months later because, as he said, he did not agree with their anti-Christian beliefs.

It is questionable whether the Moscow Patriarchate is aware of his actions. In addition, it is not clear whether that move was really part of a strategy or whether the former Exarchate was trying to show that it owned a large number of parishes and was appointing anyone, who called himself a clergyman. 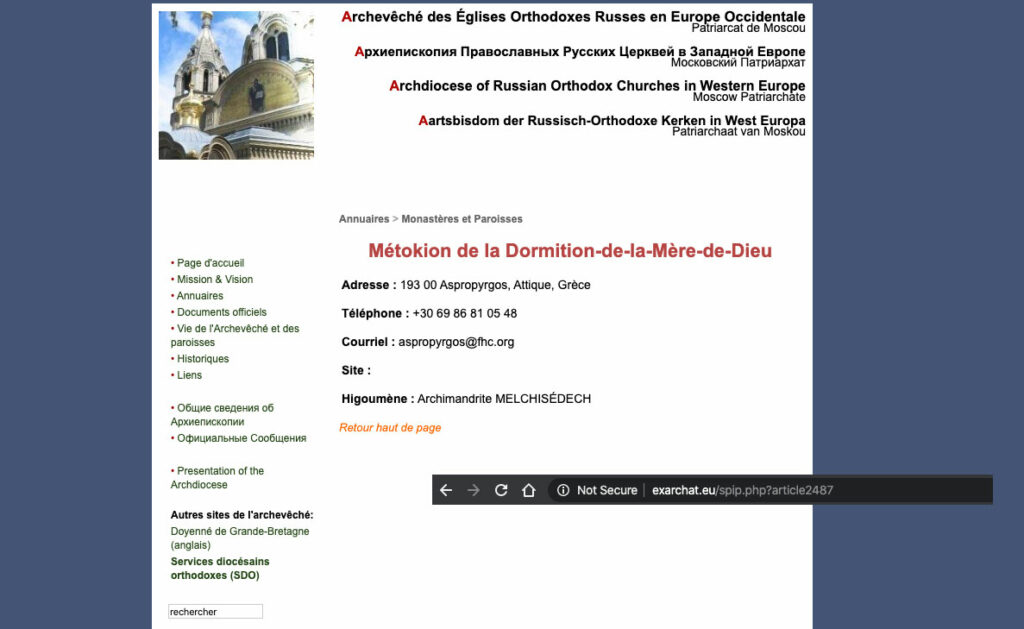 Patriarch of Moscow: Russian people have never been indifferent to fate of their Greek brothers

Russian Church: We do not need inspections, we observe all necessary sanitary measures

Metropolitan of France: The people of Ukraine are the guarantor of unity of its Church