Mike Pompeo met with the Metropolitan of Kiev Epiphanius

US Secretary of State Michael R. Pompeo met today with Metropolitan Epiphanius of Kiev and All Ukraine, Primate of the Autocephalous Orthodox Church of Ukraine.

According to the press release of the US Department of State, Secretary Pompeo congratulated Metropolitan Epiphanius on his receipt of the Athenagoras Human Rights Award for his defence of all Ukrainians’ ability to worship in accordance with their faith, free from external interference.

The Secretary and the Metropolitan shared their concerns about abuses against religious freedom in Russia-occupied Crimea and Russia-controlled parts of the Donbas.

They expressed their hopes for a diplomatic resolution to the Russia-instigated conflict in eastern Ukraine, now in its sixth year, underscoring the need to heal the wounds of war and foster unity.

Source: US Department of State 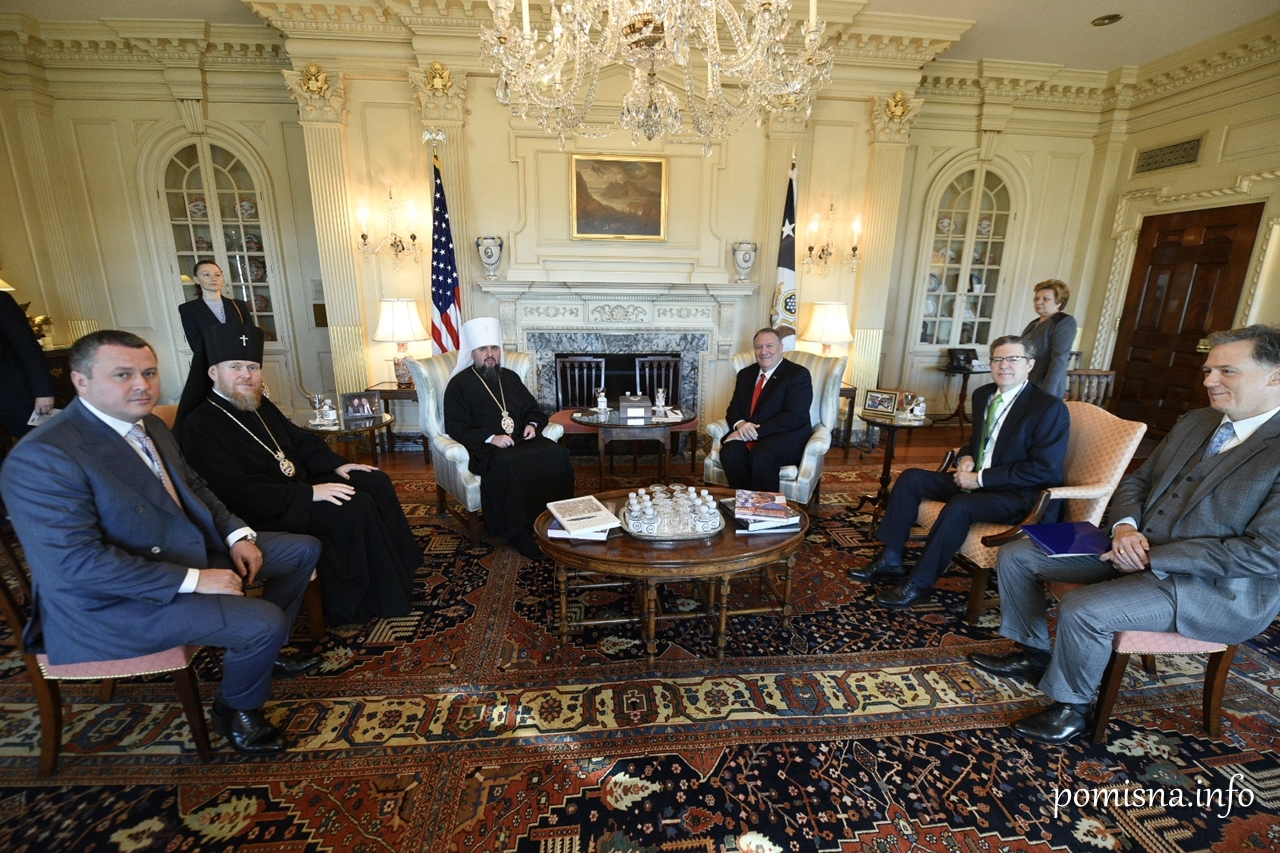 Tags: Metropolitan Epifanius of Kiev and All UkraineSecretary of State of the United States Mike Pompeo
Next Post

New Orthodox church to be built in Krakow

Archbishop Ieronymos of Athens and All Greece met this morning the members of the Federation of Greek Chanters' Associations (OMSIE)....

Patriarch of Jerusalem: Concrete understandings with Antioch over Qatar, our Orthodox unity is most precious

In the Holy Synod of the Patriarchate of Jerusalem convened today, Friday, February 21, by Patriarch Theophilos III, various matters...