On Friday, November 26, 2021, at the Angelico Constantiniana Academy in Rome, a Formal Session of the Inauguration of the Academy took place.

Then Metropolitan John of Zambia received the title of Honorary Academician awarded to him by Rector Gianluigi Rossi and President Alessio Ferrari Angelo-Comneno taking into account the Metropolitan’s interest in culture and activism.

It is worth noting that on the same day, the eminent Greek lawyer Panagiotis Gouskos was honored with the title Academico de Merito and was appointed representative of the Angelico Constantiniana Academy in Greece. 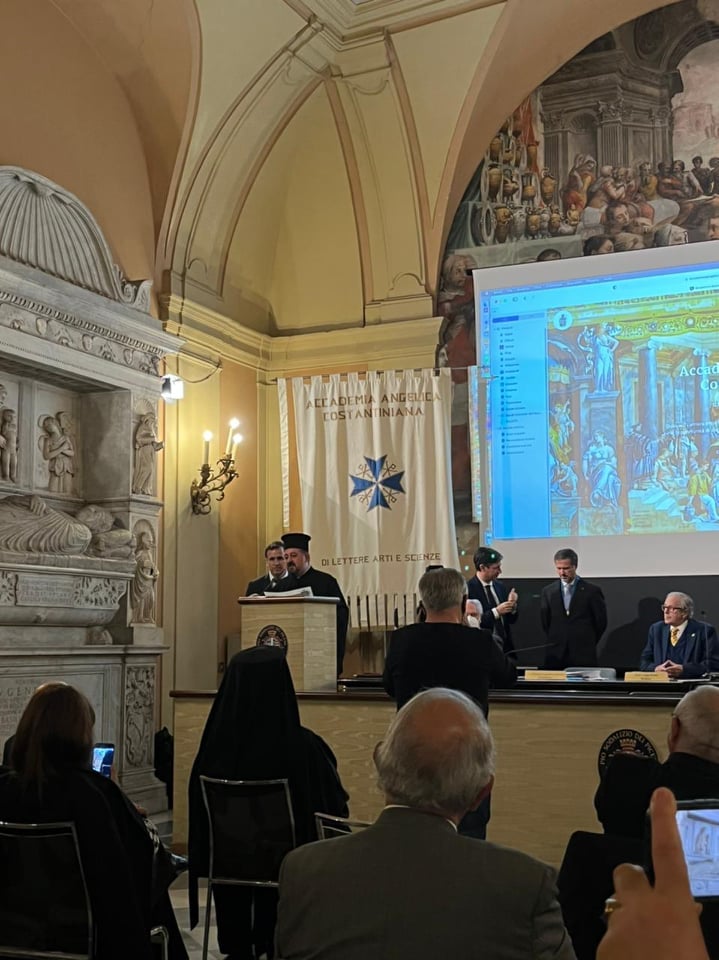 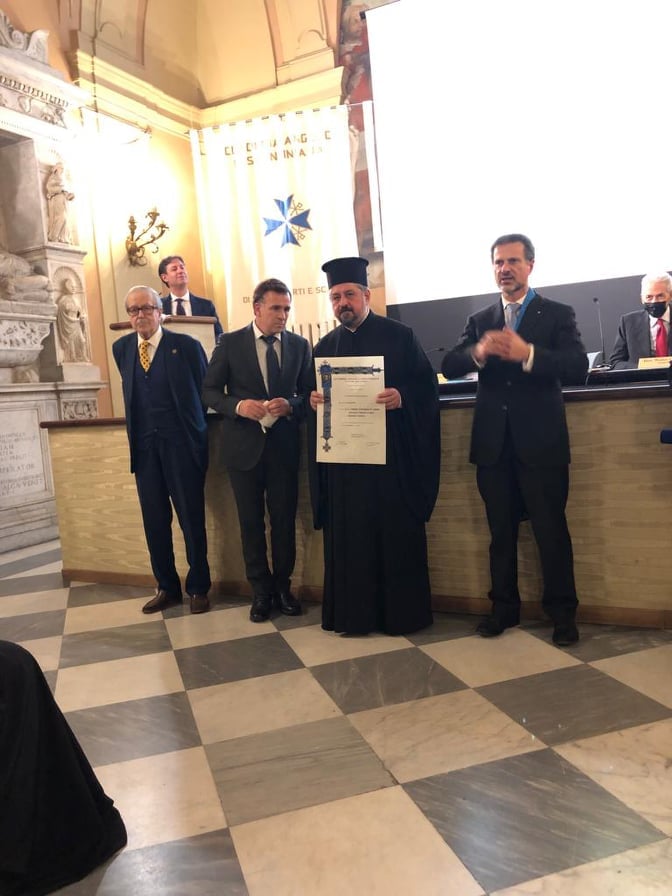 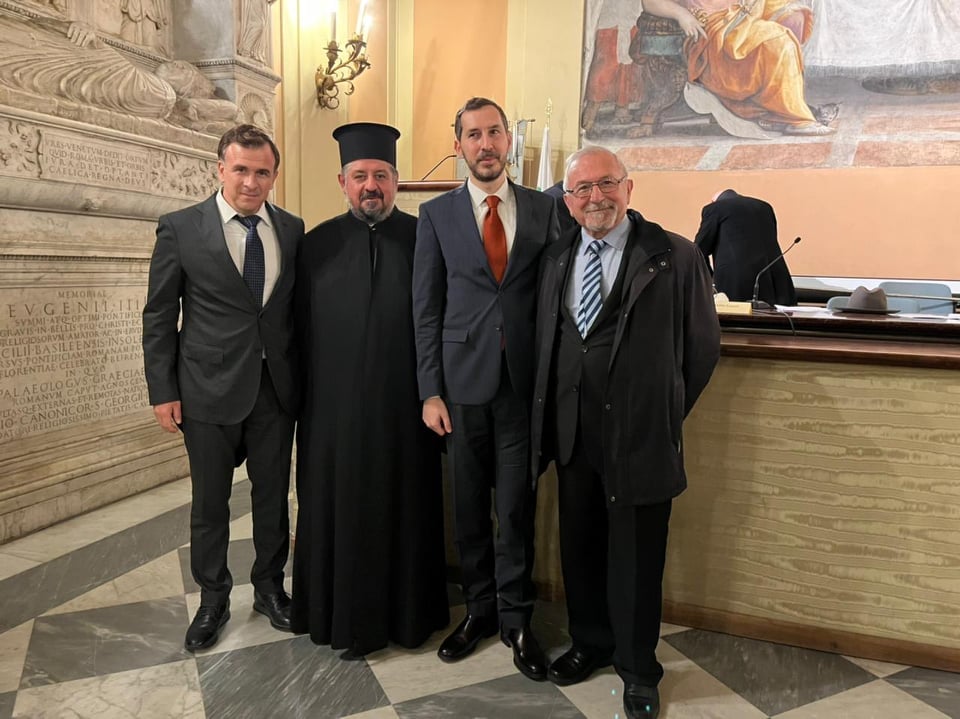 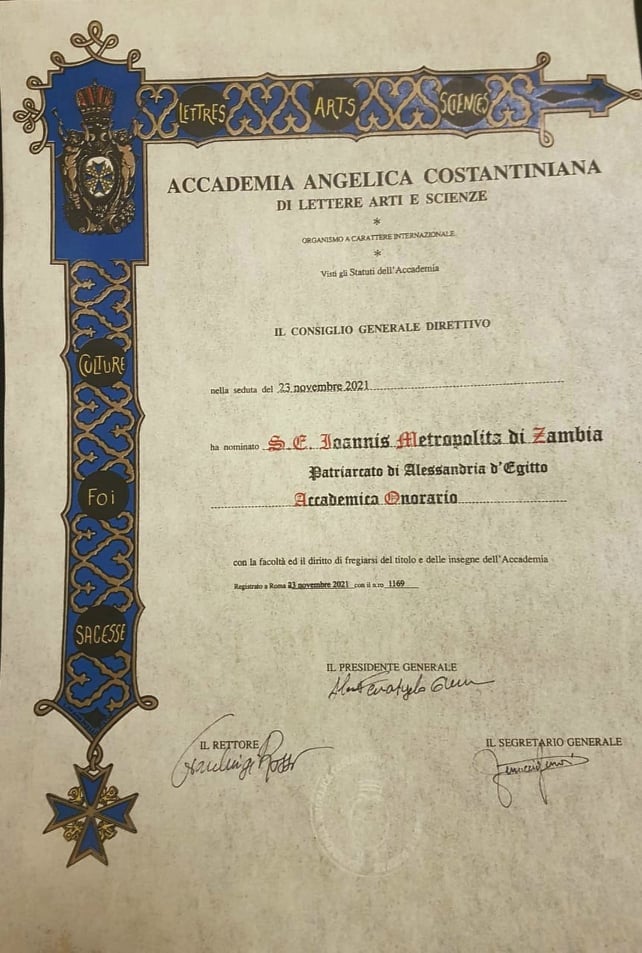