On Wednesday, April 21, 2021, the new Metropolitan of Saranda Ekklisies, Andreas, accompanied by Patriarchal Deacon Barnabas Grigoriadis and Community Member Stylianos Giulgun went for the first time as shepherd to the seat of his diocese in modern-day Kırklareli and met the Mayor of the city, Mehmet Siyam Kesimoğlu.

It is recalled that in 2019 Andreas, who was serving as protosyncellus, had accompanied the Ecumenical Patriarch in his visit to the mayor of Kırklareli.

The mayor warmly welcomed the new Metropolitan, whom he congratulated on his recent promotion, and said he wanted to boost religious tourism in the territory under his jurisdiction.

The two men promised to continue their friendship and cooperation for the benefit of the place.

It is worth noting that two representatives of the mayor attended the ordination of the Metropolitan, which took place on the Sunday of Orthodoxy, and the luncheon that followed.

It is recalled that the Diocese of Saranda Ekklisies was detached in 1906 from the Holy Metropolis of Adrianople and was elevated to the status of Metropolis, occupying the 83rd place in the Syntagmation of the Great Church of Christ.

At that time, about 1,300 Christian families lived in the city, while on the borders of the Metropolis there were three monasteries and a metochion of Iviron Monastery. The Greek Orthodox faithful of the city of Saranda Ekklisies were forced to relocate during the population exchange in 1924.

The visit of the new Metropolitan to the mayor of the city is the first meeting of the head of this diocese with a representative of the local authorities since 1924. 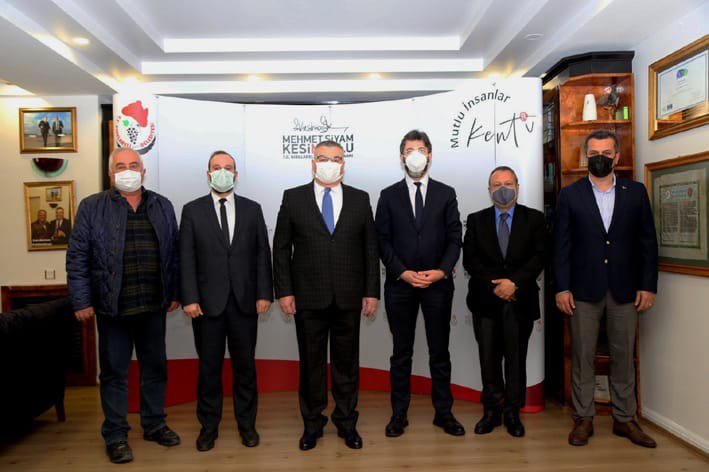 The memory of Saint Andrew the First-Called Apostle was celebrated in Adelaide, with splendor and ecclesiastical magnificence. The centre...

Memory of Saint Porphyrios of Kafsokalivia