Metropolitan of Korea: Christ is Risen and Ukraine is Risen

On Thursday, March 24, 2022, on the occasion of the one-month anniversary since the outbreak of the fratricidal war, which Russia launched against Ukraine, a special prayer in favor of Peace and Reconciliation was offered at the Cathedral of St. Nicholas in Seoul for those who died in the war.

The Ambassador of Ukraine to Seoul, Mr. Dmytro Ponomarenko, and other faithful Ukrainians and Koreans participated. After the end of the Prayer, a message of the Ecumenical Patriarch Bartholomew was read by Fr. Antonios Lim. Afterwards, the Metropolitan of Korea delivered the following speech and the event ended with the speech of General Secretary Kim Yeong Ju.

Your Excellency, Ambassador of Ukraine in Seoul, dear brothers and sisters in the Lord,

First of all, we would like to express the deep sadness and mental anguish that all the faithful of the Orthodox Metropolis of Korea feel, because a whole month has already passed and the war in Ukraine has not stopped yet. On the contrary, for a month the martyred Ukraine is crucified daily. The heroic people of Ukraine who have ascended to Golgotha are experiencing their own crucifixion before the Crucifixion of Christ, on Good Friday. But, with the help of the Risen Lord, Who does not allow evil and injustice to reign in the world indefinitely, He will lead His Ukrainian people to their own resurrection. The time will come, sooner or later, when the Risen Lord will ask the guilty of war, as He once asked Cain: “What is it that you have done? The voice of the blood of your slain brother is lifted up from the earth to heaven, and he cries out for your punishment. ” (Gen. 4:10) The time will also come for the tormented citizens of Ukraine, when God: “will wipe every tear from their eyes. There will be no more death or mourning or crying or pain, because the old order of things has passed away.” (Rev. 21: 4)

It is our duty to condemn the heinous Russian invasion of Ukraine. Let us declare clearly that war and Christianity are incompatible. Christians who support the war and turn a blind eye to the monstrous war crimes committed in Ukraine are not entitled to be called Christians any more. Christians who say, they love their neighbor but do not complain about the inhuman atrocities committed by their political leaders have not understood the Holy Gospel. Those Christians who talk about the ecological problem in the world and do not recognize the ecological catastrophe that the war in Ukraine has already done, should not talk about it again.

Let us make it clear that we are not against the Russian people, who are suffering too, whom we trully love. The Orthodox Metropolis of Korea has been helping them in various ways since the first Russian economic immigrants arrived in Korea after the fall of communism in Russia.

As Christians we have a sacred duty to resist any form of violence against the Ukrainian people. We support and will support materially and spiritually anyone who suffers from dictatorial and paranoid acts; anyone who is unjustly persecuted; anyone who is deprived of the right to live in their homeland peacefully and freely.

To His Excellency, the Ambassador of Ukraine in Seoul, Mr. Dmytro Ponomarenko, we wish for the return of the long-awaited peace in Ukraine. And at the same time we pray fervently for the immediate end of the war, so that all Ukrainians can sing at Easter “Christ is Risen” and to shout joyfuly that “Ukraine is Risen” too. 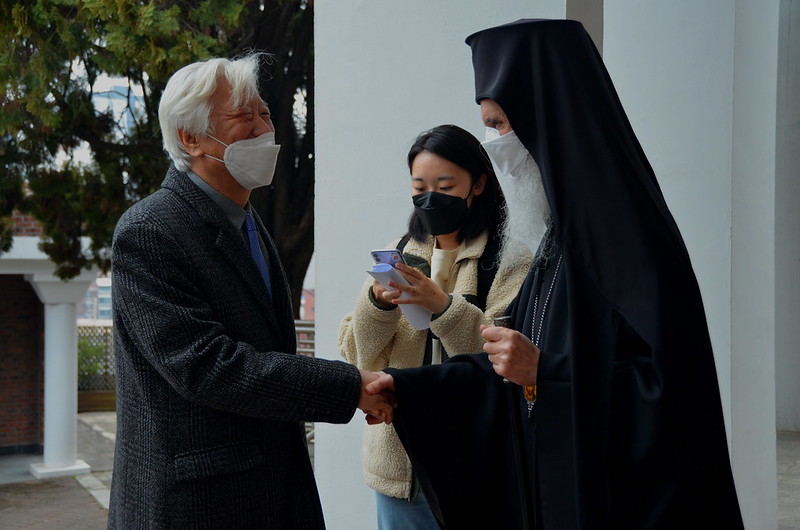 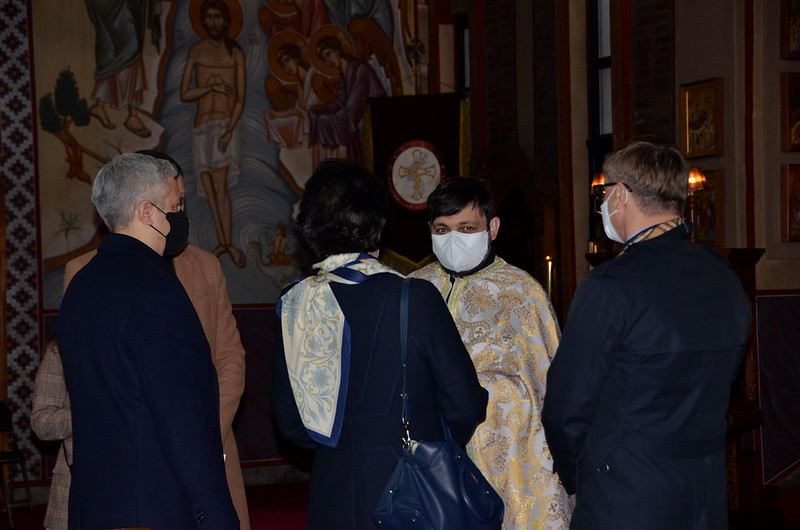 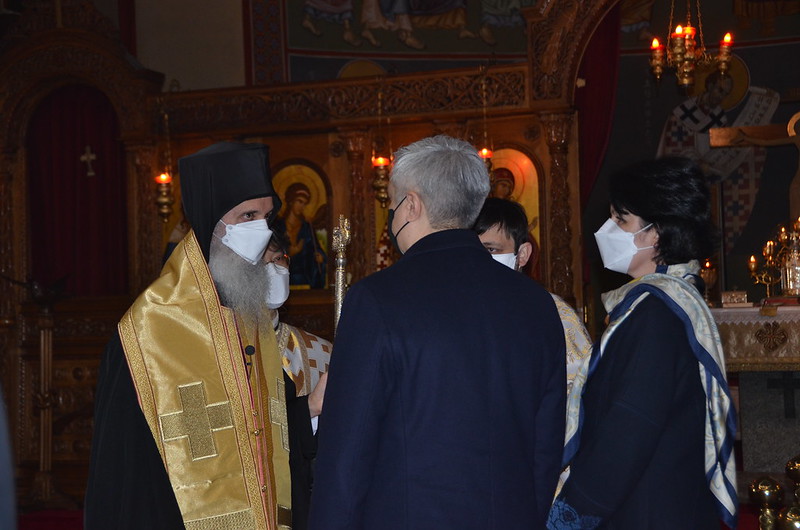 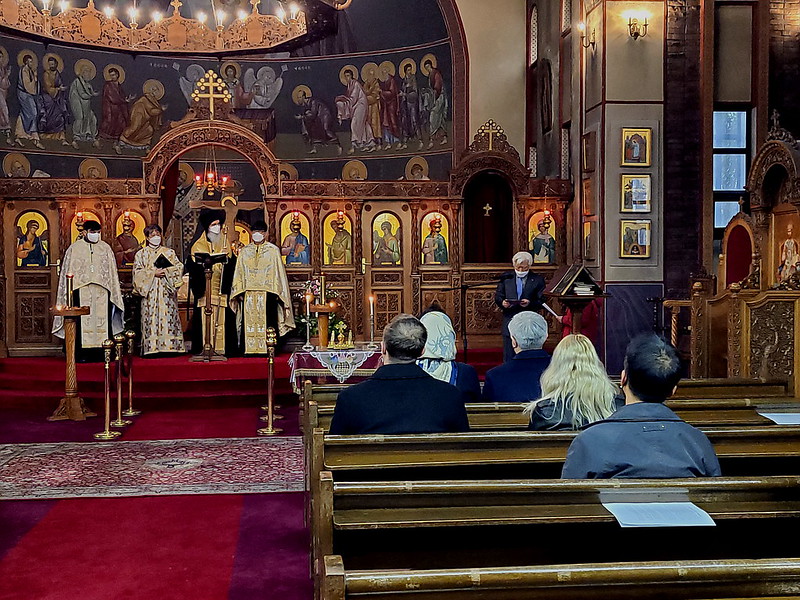 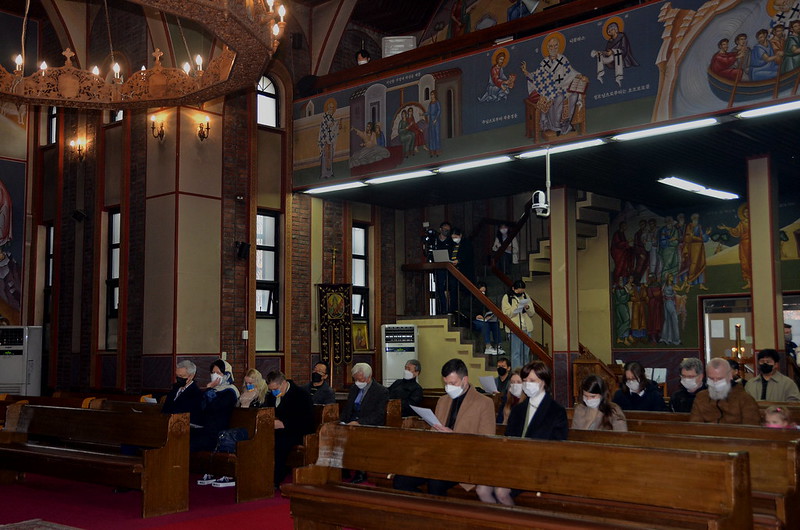 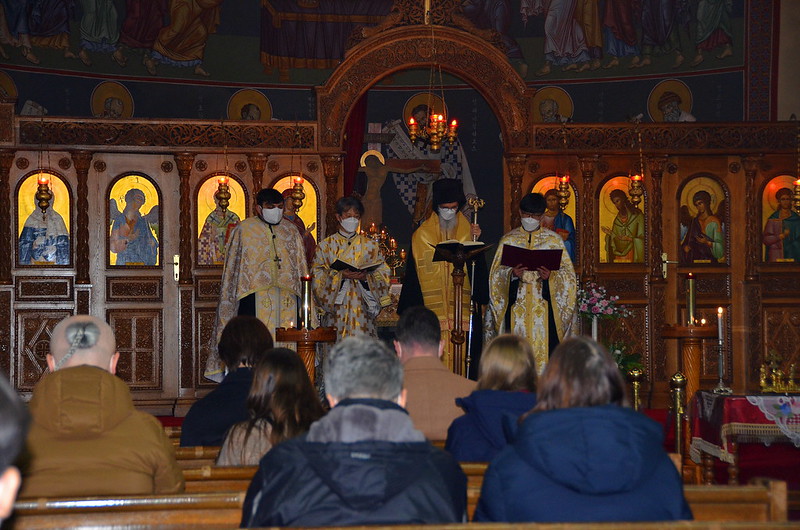 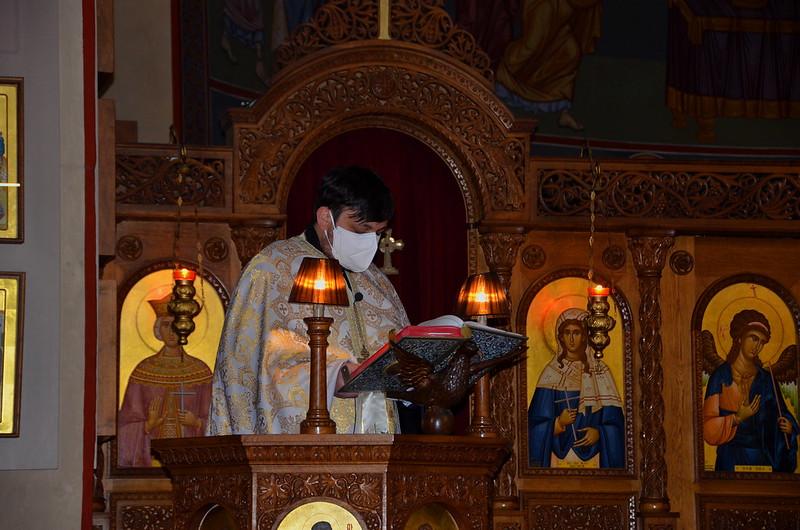 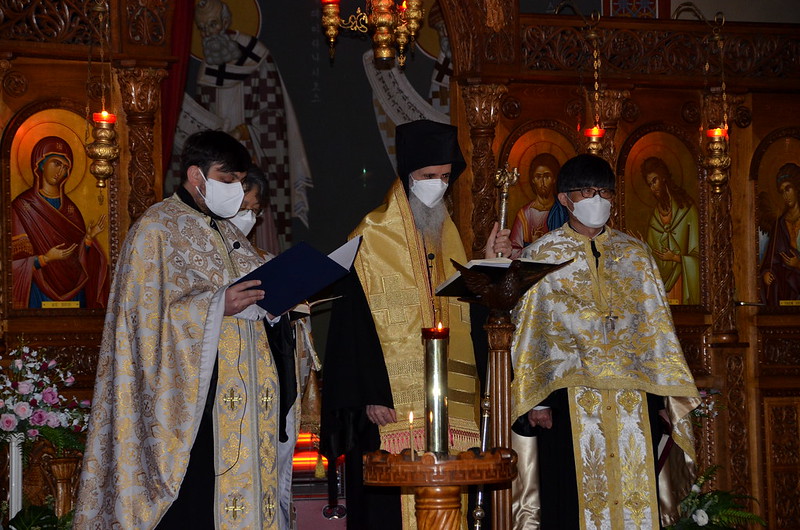 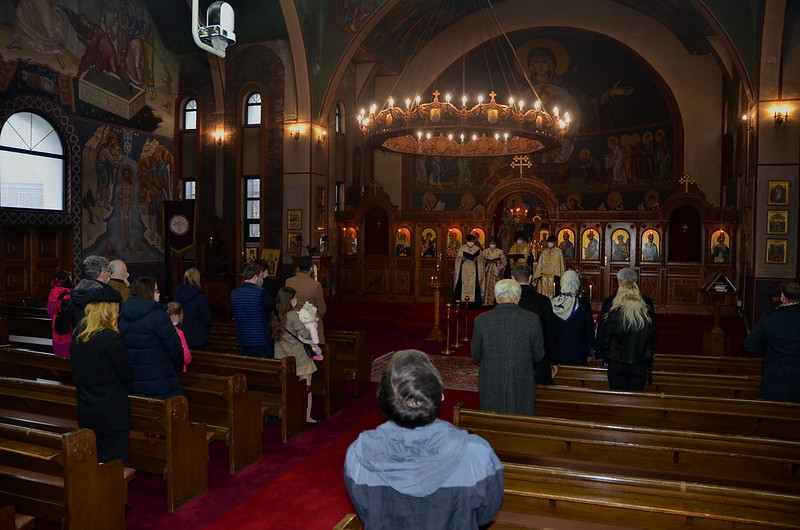 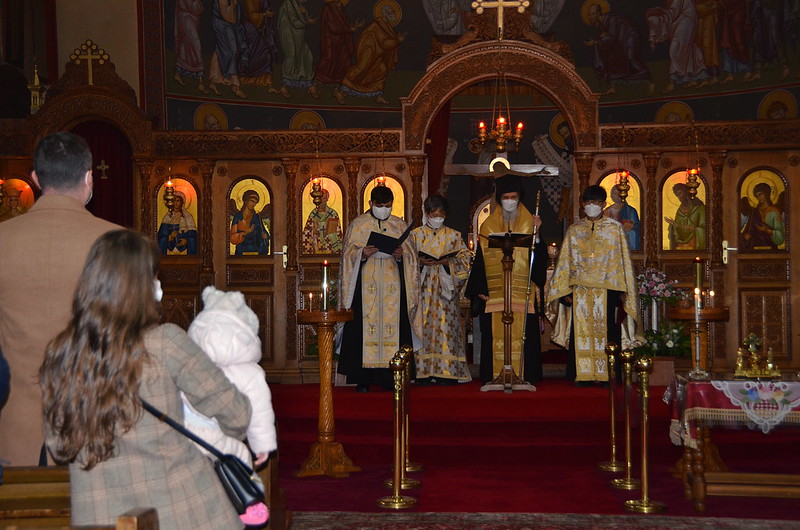 Tags: Dioceses of the Ecumenical PatriarchateMetropolis of Korea

Divine Liturgy in the Resurrection Chapel in Yongmi-ri

Vespers of Love in Coventry

The Resurrection in Coventry

The Epitaph Service in Birmingham

The Sacrament of Holy Baptism at St. Nicholas Cathedral in Seoul

Great Vespers Service for the Feast of the Annunciation in Perth