Metropolitan of France: “I disapprove of what you say, but I will defend to the death your right to say it”

Metropolitan Emmanuel of France traveled to Nice, at the invitation of the French Prime Minister, Jean Castex, to attend a ceremony in honor of the three victims of the October 29 terrorist attack.

Addressing the few members of the church council who were allowed to attend the service, the Metropolitan referred to the recent terrorist attacks that shook Nice and France, as well as to the Feast of the Synaxis of the Holy Archangels Michael and Gabriel and Other Bodiless Powers.

The Metropolitan of France highlighted the significance of the Feast of the Archangels, and then stressed: “Our country has recently been hit three times by terrorist attacks committed by violent extremists. We were shocked by the beheading of a teacher because he spread the freedom of expression, a key element of French society. The beheading of two Christians inside the Basilica of Notre-Dame de Nice, here in our city, and the murder of a third believer who was stabbed inside the church. We are all very sad that some people in the name of God take away the lives of other people in such a violent and inhuman way. Of course, this is not acceptable to any religion and is condemned by every reasonable person. It is against our human nature.

It is inconceivable today to have room for the spread of obscure religious beliefs and for the cultivation of hatred and discrimination, in any religion and society.

We live in a country where, as our president often points out and as the Constitution postulates, everything is based upon fundamental freedoms and respect for human rights. In this context, we can not accept any censorship or setbacks to the great achievements of France in defending human rights and religious freedoms. ‘I disapprove of what you say, but I will defend to the death your right to say it,’ said Voltaire.

So we are proud of France and its people. We remain quiet because this freedom is in harmony with the Gospel. The respect for the neighbor and the freedom in Christ that enables us to love and respect our neighbors voluntarily is one basic principle of the Gospel. Our free will is what sets us apart from animals and defines us as reasonable beings.” 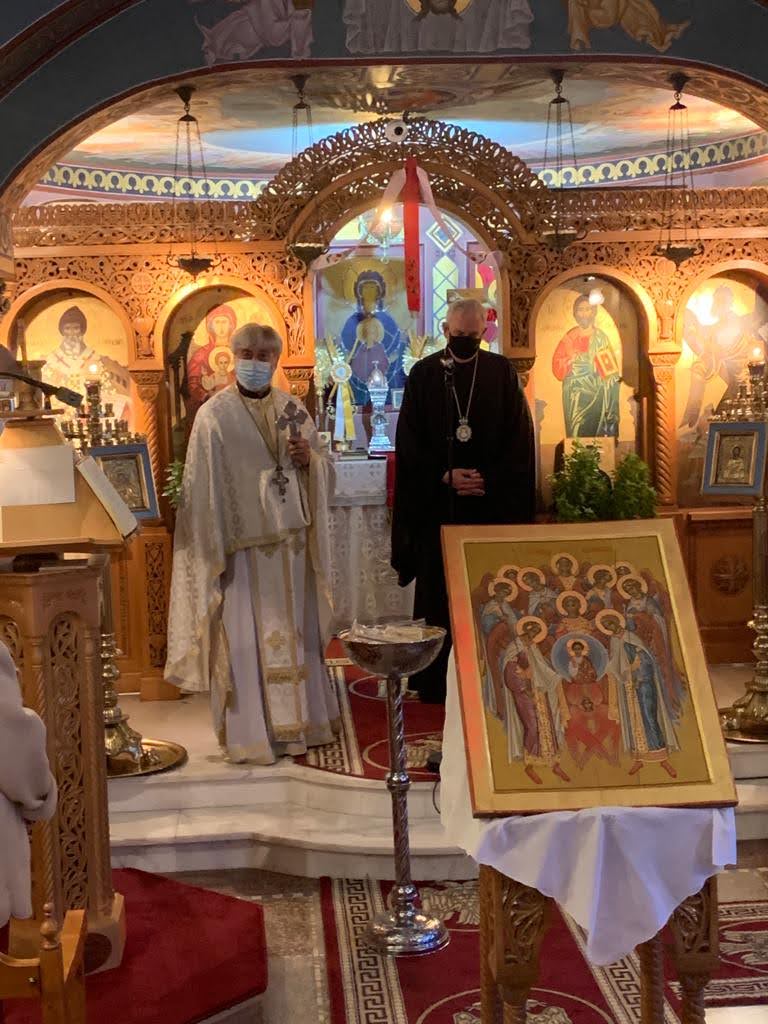 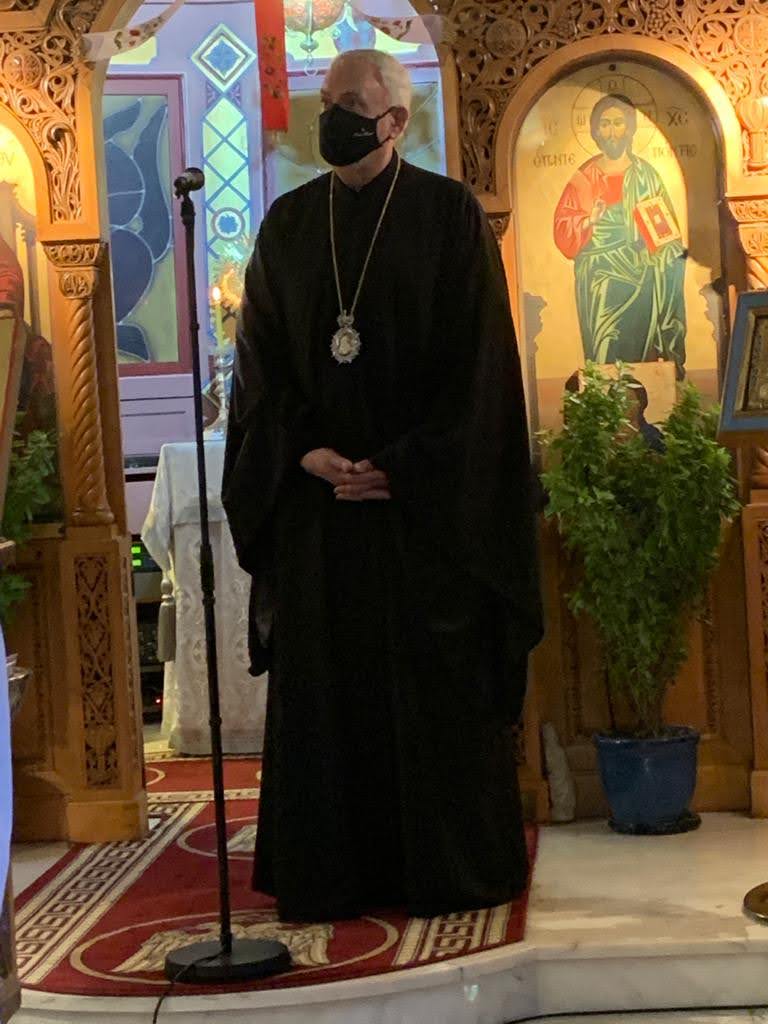 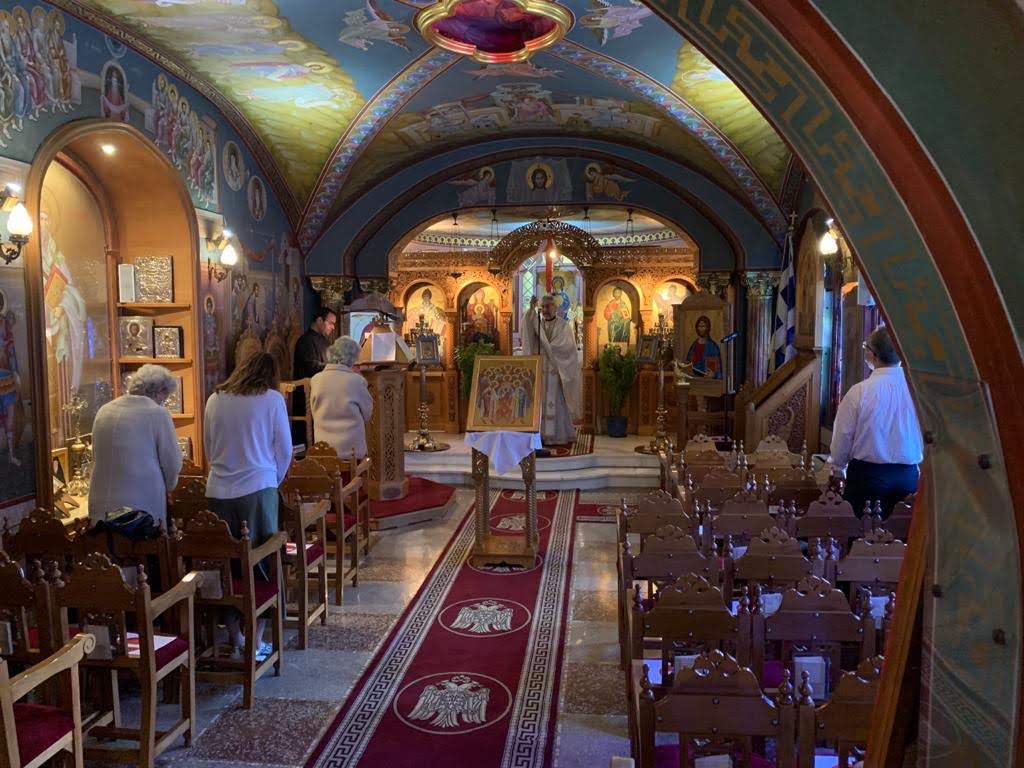 Ordination of presbyter in Paris by Metropolitan of France

Metropolitan of France: Repentance is the raw material of salvation

Archbishop of Australia: 'Let us attend...' is the voice of our conscience

By Kostas Onisenko Metropolitan Epifaniy of Kyiv and all Ukraine sent warm wishes to the Ecumenical Patriarch Bartholomew on...

Patriarch of Serbia presided over funeral service for Milivoje Srbljan

Patriarch Porfirije of Serbia served a funeral service for Milivoje Srbljan, a long-term important member of the Choir of...

Sunday of the Prodigal Son: The road to Father’s house is only a change of mind away

The Church Fathers say that if all the Gospels were lost and only the story of the Prodigal Son...

The Church commemorates Saint Basil the Confessor, who was notable for the struggle against iconoclasm, Hieromartyr Proterius, who lived...

Archbishop of America to Ecumenical Patriarch: Many happy returns, Your All-Holiness!

In a post on social media, Archbishop Elpidophoros of America sent his wishes to Ecumenical Patriarch Bartholomew for his...

Metropolitan of Chalcedon: Thank you all for your support during my ministry in France

With the permission and blessing of Ecumenical Patriarch Bartholomew, Metropolitan Emmanuel of Chalcedon officiated the Divine Liturgy in the...