As the MDCA agreement explicitly states, the United States and Greece “resolve to defend the sovereignty and territorial integrity both against actions threatening peace and armed aggression.” The text is the closest that a conventional text comes to condemning Turkey’s casus belli with Greece, the sources said.

According to diplomatic sources, the agreement confirms Greece’s strategic and balancing role in the Balkans and the Middle East, particularly as the US is disengaging from Europe, while America is investing in the country for the future.

Choosing the port town of Alexandroupolis signals the American desire to boost security in Southeastern Europe by circumventing the Dardanelles. The American side confirms the protection of Greece’s territorial sovereignty thirty decades later, sources said.

The US is investing in military installations at strategic locations, as in Evros region and on Crete, while the MDCA along with the defense agreement with France and the agreements with the United Arab Emirates create a defense shield for Greece, they said.

The French agreement, in particular, boosts the EU’s and NATO’s defense capabilities.

Sources added that the MDCA allows for expansion of American presence to other Greek islands besides Crete, although the US did not wish to commit to other areas at present, for financial reasons.

Nothing however precludes the revision of the agreement with the addition of locations, as long as conditions allow, the diplomatic sources said. 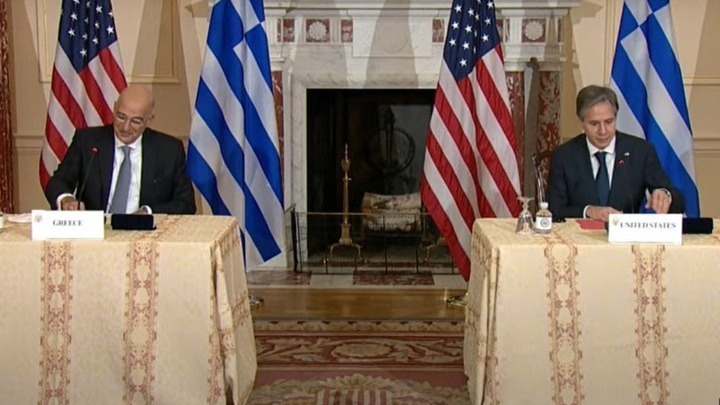 Greek FM: We insist on raising issue of Hagia Sophia and Halki seminary

US President: I will talk about Ukraine with Russian President

US President to talk to presidents of Ukraine, of Russia about situation between the countries

Greek FM received the new Ambassador of Kazakhstan to Greece