Lukashenko’s indirect threat against the clergy who react

In his speech last Saturday, the disputed Belarusian President, Alexander Lukashenko, has sent a stern message to churches to refrain from taking part in protests in Belarus. The presidential elections were held two weeks ago in which Lukashenko received 80% of the vote, according to official data. However, a number of demonstrations immediately were triggered by opposition supporters, who claim that there was widespread fraud in the elections. The protests have been going on for two weeks and just last night tens of thousands of people took to the streets of Minsk.

The “official” Belarusian Orthodox Church, which is under the jurisdiction of the Patriarchate Moscow, immediately congratulated Lukashenko on his “victory”. However, the Catholic Church and some Orthodox priests did not support this stand, calling for an end to the widespread police violence against the protesters. In fact, as a result of the great popular demonstrations and the stance of the official church, there has been growing clamor for the creation of an Autocephalous Church in Belarus, following the example of Ukraine.

In his speech on Saturday, Lukashenko spoke harshly, in essence, against these priests, ending up with a threat. Specifically, Lukashenko said: “I am surprised by the position of our religious denominations. Dear priests, compose yourself and do your job. People must come to the temples to pray. The churches (Orthodox and Catholic) are not for politics,” said Alexander Lukashenko, while making an indirect threat by saying “Do not let yourself be inveigled by the renegades. Some of you will be ashamed of your position now. And the state is not going to look at it indifferently.” 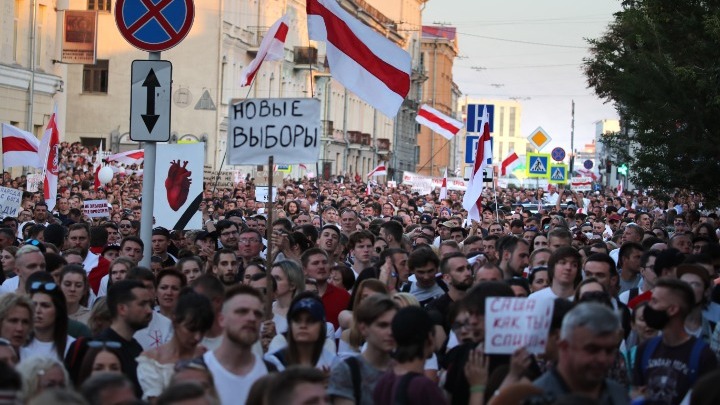 Belarus President: People will be free to go to church if they want, I will go

Archbishop Makarios of Australia: There should be moderation and a good purpose in everything