Lamentations Service in atmosphere charged with emotion at the Phanar

Ecumenical Patriarch Bartholomew presided over the Service of the Great Hours and the Unnailing Service yesterday in the morning in an atmosphere charged with emotion.

The procession of the Epitaphios, that is a piece of embroidery depicting the Body of Christ, took place in the church. Protosyncellus Andreas and Archimandrite Vissarion put the Epitaphios on the ciborium, which was decorated with flowers.

On the occasion of the Holy and Great Week and ahead of the Resurrection of our Lord, the Ecumenical Patriarch spoke on the phone with Metropolitan Tikhon, Head of the Orthodox Church in America (OCA), and with the Greek Deputy Minister of Foreign Affairs, Konstantinos Vlassis, who wished him all the best. Ecumenical Patriarch Bartholomew thanked them for their wishes and respect towards the Mother Church and expressed his paternal wishes and offered his blessing. He hopes that the Risen Christ will bring good health and strength to everybody and especially to all those, who are going through the current trial. 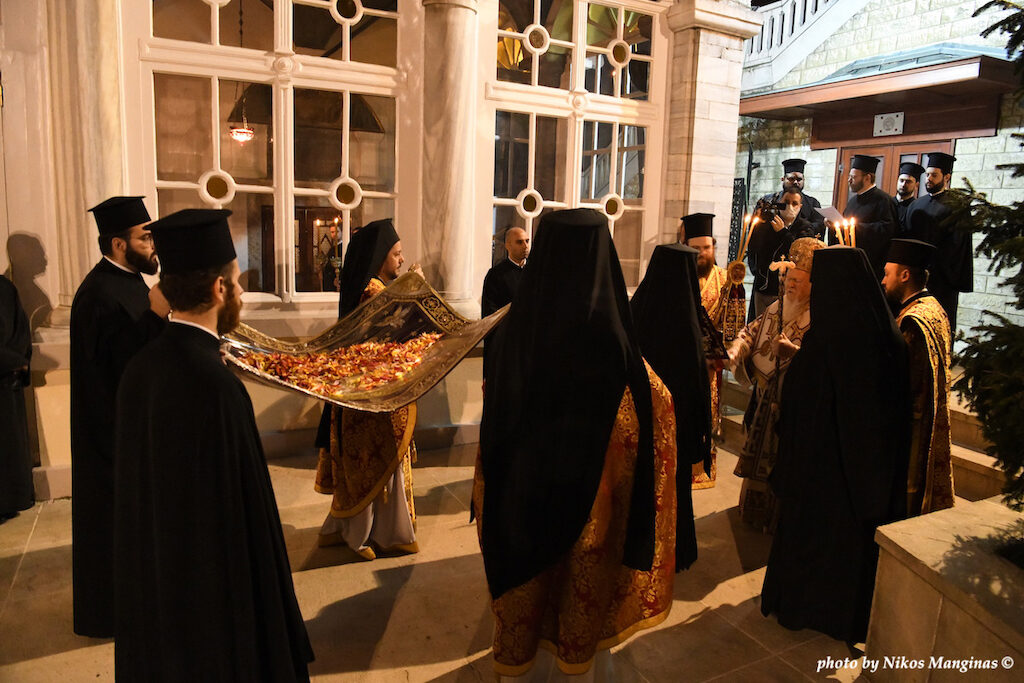 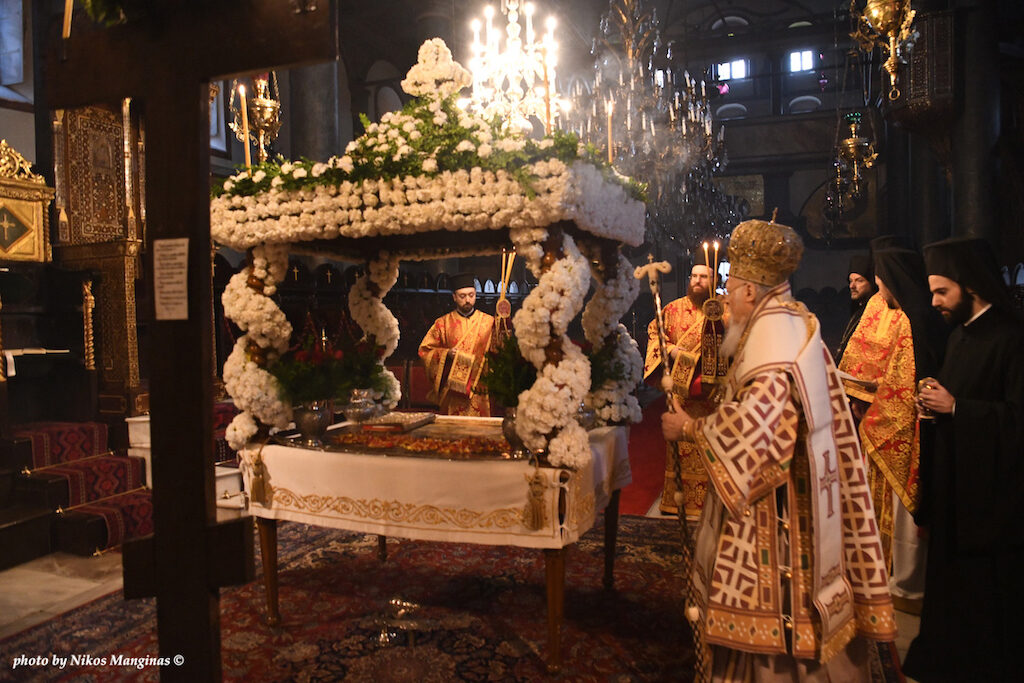 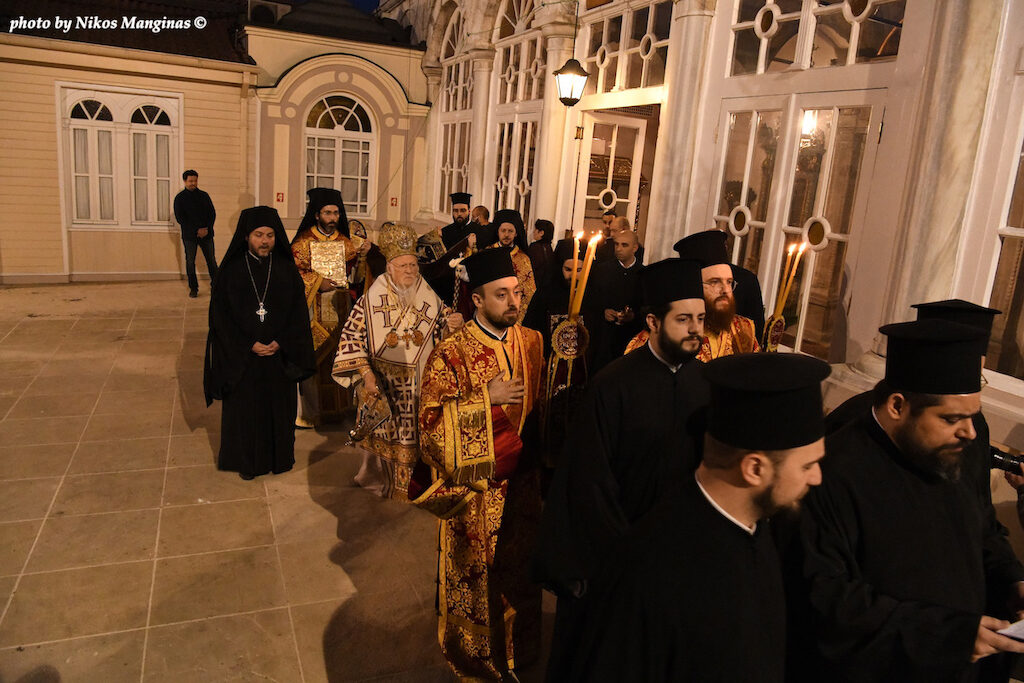 Archbishop of America: Now all things are filled with light, the Light of Christ (video)