In a bellicose… climate, new Metropolitan of Montenegro was enthroned (VIDEO) (upd)

In a rather bellicose… climate, the enthronement of the new Metropolitan of Montenegro took place this morning in the Monastery of the Most Holy Theotokos in the town of Cetinje by Patriarch Porfirije of Serbia.

Since yesterday, there was tension in the city and police forces clashed with protesters who have tried to cancel the enthronement ceremony.

Protesters blocked the town of Cetinje with roadblocks to prevent Serbian Orthodox Church hierarchs from reaching the monastery by road.

Throughout the night, as well as this morning, shots were heard constantly while groups of protesters clashed with the police in an effort to invade the monastery.

The Patriarch of Serbia and the newly enthroned Metropolitan arrived this morning at the Monastery by military helicopter and under the protection of the special forces. So the enthronement ceremony took place without any incidents.

Patriarch Porfirije of Serbia officiated the Holy Hierarchical Liturgy with the concelebration of Joanikije, Bishop of Budva-Niksic and the elected Metropolitan of Montenegro and the Littoral, and Bishop David of Krusevac, a member of the Holy Synod of Bishops of the Serbian Orthodox Church, in the Cetinje Monastery on September 5, 2021.

Serbian President Aleksandar Vucic welcomed the enthronement of the new Metropolitan of Montenegro and the Littoral, Joanikije, in the town of Cetinje, despite reactions from citizens who do not recognize the jurisdiction of the Serbian Orthodox Church.

The church issue has divided Montenegrin society since the founding of Yugoslavia after World War I.

According to the ANA-MPA, there have been constant disputes since 1920, when the autonomy of the Montenegrin Orthodox Church was abolished by a royal decree of Aleksandar Karadjordjevic and annexed to the Serbian Orthodox Church.

About a year and a half ago, the then government of the Social Democratic Party tabled a bill that was passed in parliament for the confiscation of the property of the Serbian Church, that is, monasteries and temples for which it did not hold a title deed before 1918 (before the establishment of Yugoslavia). 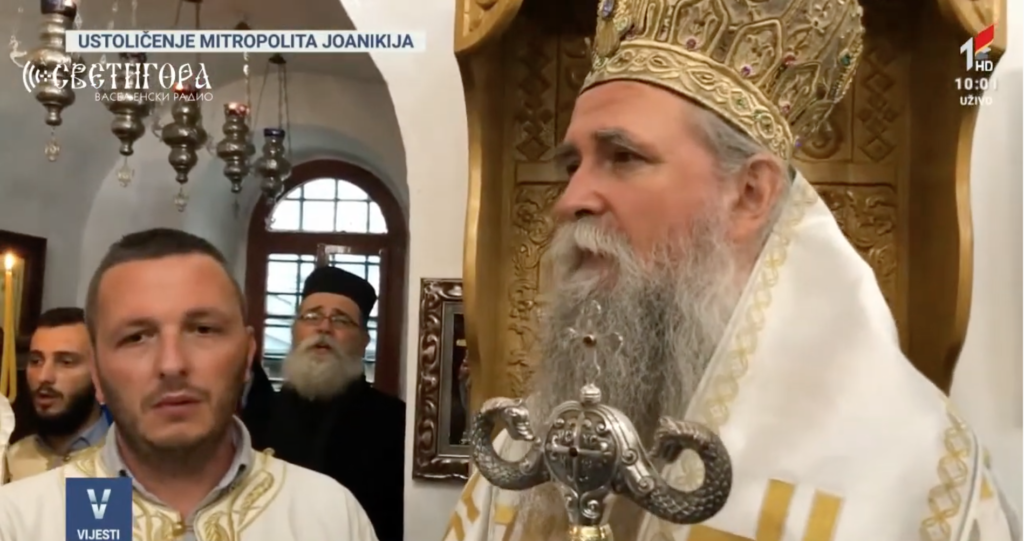 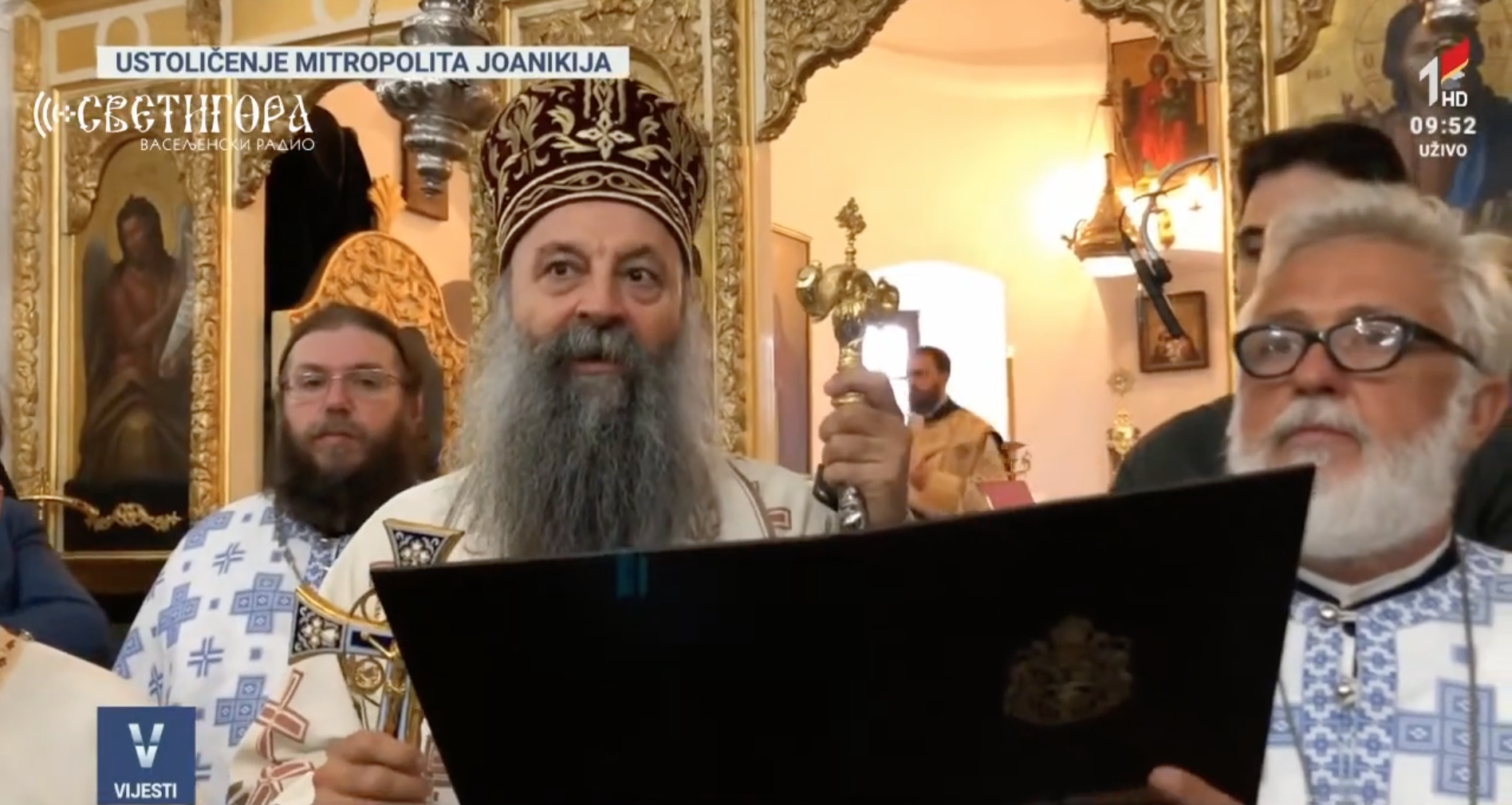 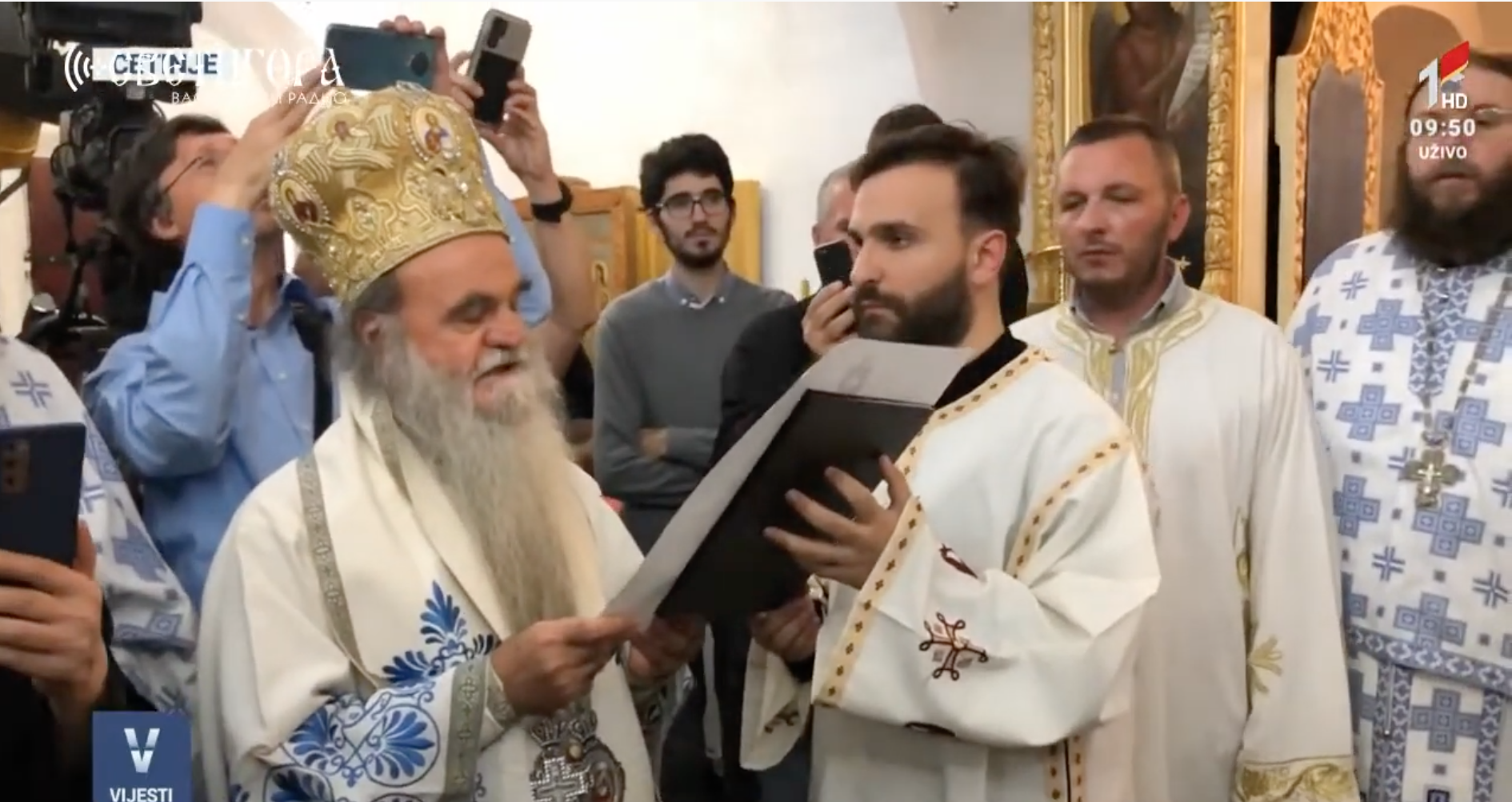 Patriarch of Serbia: With firm faith we can change the world (VIDEO)

Consecration of Bishop Jovan of Hum by Patriarch of Serbia

Proclamation of Archimandrite Jovan Stanojevic as Bishop of Hum (VIDEO)

Patriarch of Serbia: Let us overcome pride and vanity