The medal of the Order of the Christ-loving, as a minimal recognition of his long-standing and invaluable contribution to the Greek Orthodox Church of the fifth continent, was awarded to Archimandrite Fr. Miltiades Chrysavgis by Archbishop Makarios of Australia.

This honorary distinction was conferred upon Fr. Miltiades on the occasion of his 65 years of meritorious priesthood.

To commemorate the anniversary, on the morning of Thursday, August 4, a Divine Liturgy was celebrated in the Holy Chapel of St. Paisios, which is located on the premises of the “Vassiliada” elderly care facility in the Randwick suburb of Sydney. The Divine Liturgy was performed by the celebrant of his 65th anniversary of priesthood, Fr Miltiades, while present, in addition to the Archbishop, were Bishop James of Miletoupolis, the Director of Vasiliada, Mr. Iordanis Iordanides, and members of the honored cleric’s family.

Deeply moved, Fr. Miltiades thanked, first of all, Mr. Makarios for his presence at the anniversary Divine Liturgy and for the honor of the local Church for him, while he remembered gratefully the late Metropolitan Theophylactos, who, in 1957, had convinced him to dedicate his life to the priesthood.

He also gratefully referred to his late Mother, Alkistis, who had willingly given him her consent to become a clergyman, as well as to his three sons, Fr John, Marios, and Andreas, who “bore the burden of his priestly ministry, certainly with many sacrifices on a personal level”.

But if the great decision to serve God from the Holy Altar was taken by Fr. Miltiades after his emigration to Australia, the flame for the priesthood had been lit in his heart already since his difficult teenage years in his hometown of Patras. A decisive role in this direction was played by the enlightened clergyman and theologian, Elder Yervasios Paraskevopoulos. The speech delivered by Fr. Miltiades could not have been without words of thanks and gratitude to the late Father Yervasios for the valuable spiritual resources he had given him.

Finally, attempting a brief retrospective and account of his 65-year priestly ministry, Fr. Miltiades noted movingly: “Only God knows the intentions and deeds of people. But I can say that I have struggled, that I have done my duty, as surely any other faithful clergyman would do. I just say that, as a servant, I have “done my duty as a servant”. As the Apostle Paul said, “I have fought the good fight, I have endured the path, I have kept the faith…”. I have certainly tried conscientiously, but not always with the success I would like to have had, to teach and practice the Orthodox Faith in the Triune God as expressed in the Creed”.

In his heartfelt response, Archbishop Makarios acknowledged on behalf of the Holy Archdiocese of Australia the multi-dimensional contribution of Fr. Miltiades, noting that he had dedicated himself to the service and needs of the local Church. And proof of his gracious ministry, as the Archbishop pointed out, is the fact that one of his three children, the Archdeacon of the Ecumenical Throne, Fr. John Chrysavgis, followed his example and dedicated himself to the priesthood. He explained that, for a clergyman, it is a great blessing from God to see his child become a clergyman as well. This is because it is presumed that through his life and ministry he managed to inspire his children to such an extent that the priesthood is appreciated and becomes a desire in their souls.

The Archbishop closed his speech with heartfelt wishes to Fr. Miltiades for health and longevity, noting with a joyful mood:
“My dear Fr. Miltiades, having the power of binding and disengaging, I do not give you a blessing to leave before 2024, when we will celebrate the 100th anniversary of our Archdiocese and our Patriarch will be here.”

Then, he received the spontaneous response from the 93-year-old Fr. Miltiades: “I will try, Your Eminence, to obey your command!!!”

After the dismissal of the Divine Liturgy, a modest reception followed. 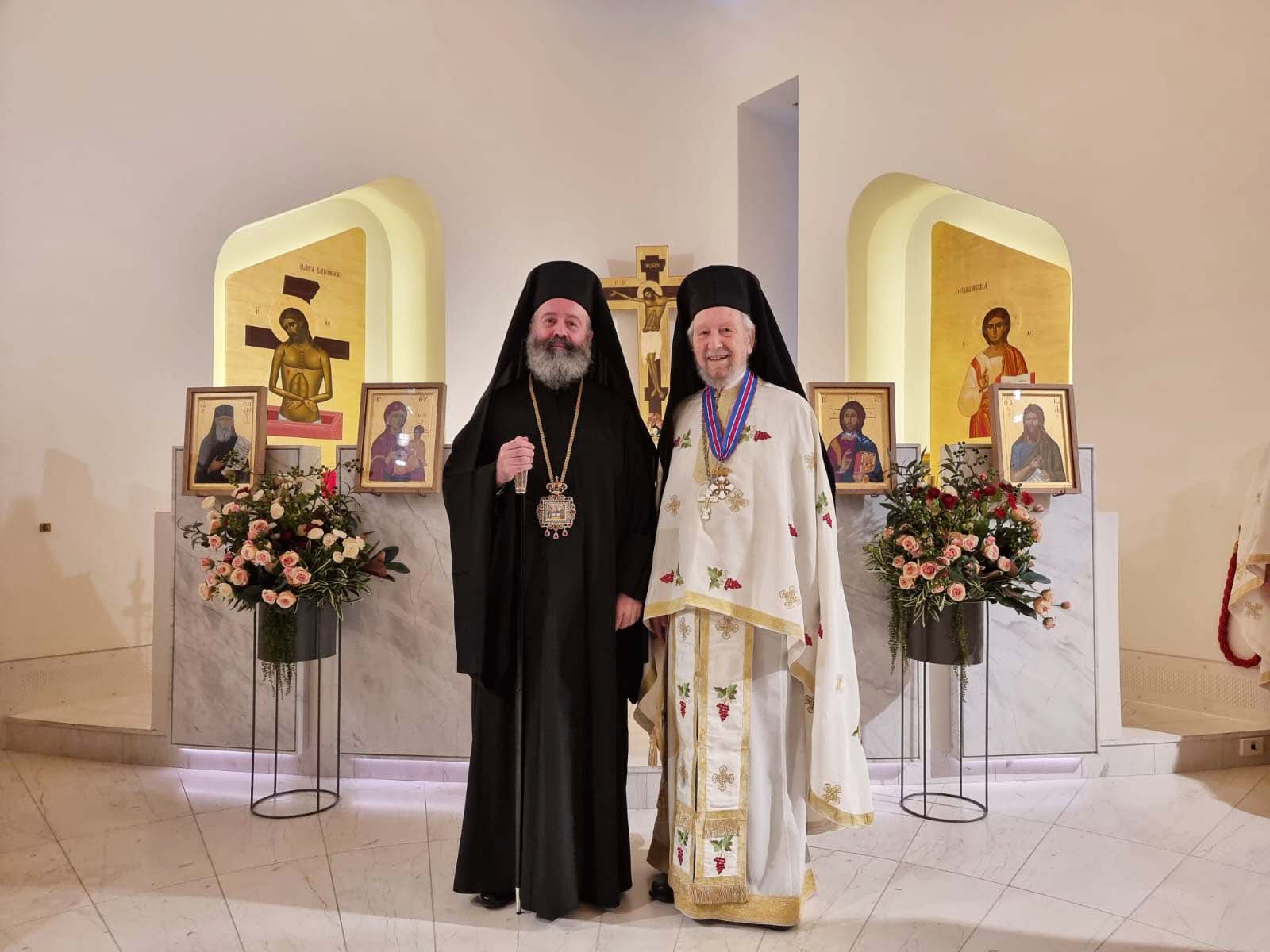 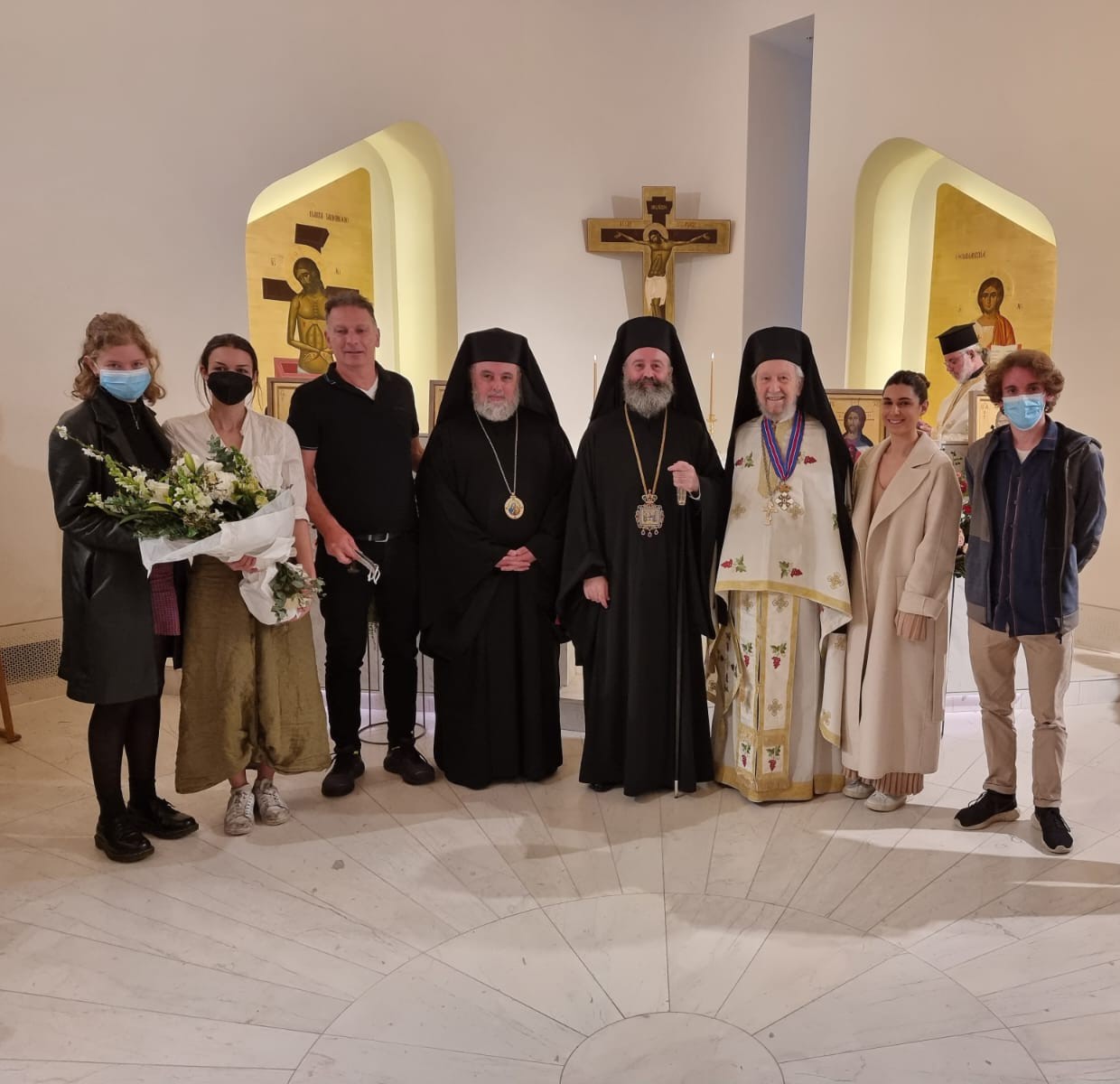