The first Archieratic Divine Liturgy in Greece was performed by a Bishop of the Archdiocese of Ohrid in Thessaloniki on Sunday, July 17, 2022.

Following the decision of the Holy and Sacred Synod of the Ecumenical Patriarchate (May 9, 2022) to accept in a Eucharistic communion the Church of North Macedonia, under the name “Archdiocese of Ohrid”, and the sealing of this Patriarchal and Synodal Act, with the historic co-liturgy between the Ecumenical Patriarch Bartholomew and Archbishop Stephan of Ohrid, in the Phanar, on the feast of Pentecost (June 12, 2022), the first Greek Divine Liturgy was held in the Holy Metropolis of Thessaloniki by a Bishop of the Archdiocese of Ohrid.

On Sunday, July 17, 2022, during which the Church commemorates the Holy Fathers of the Fourth Ecumenical Synod and the Holy Great Martyr Marina, a Hierarchical Divine Liturgy was celebrated by the Bishop of Antania and the Abbot of the Holy Monastery of Bigorski, of the Archdiocese of Ohrid, Parthenios.

The Bishop was accompanied by clergy from his monastic brotherhood, as well as the head of our Church, Archimandrite Ambrosios Matsas.

In fact, they did so, not only for the sake of hospitality but also because they themselves in their Holy Monastery, chanted in the Greek language, as most of the brothers of the Monastery, studied in Thessaloniki.

The atmosphere of the gathering was particularly emotional, but also solemnly joyful, as Thessaloniki, and especially it’s Holy Metropolis, as a great spiritual base, is both an official cup of love, but also a longing for a brighter and more fruitful future between the two peoples.

The Divine Liturgy was performed under the permission and blessing of Metropolitan Anthimos of Thessaloniki, following a noble request of Archbishop Stephan of Ohrid, in response to the fulfillment of a personal vow of Bishop Parthenios to Panagia Gorgoepekoos, where a historic and miraculous Holy Icon is kept in the Church of Panagoudas-Gorgoepekoos. 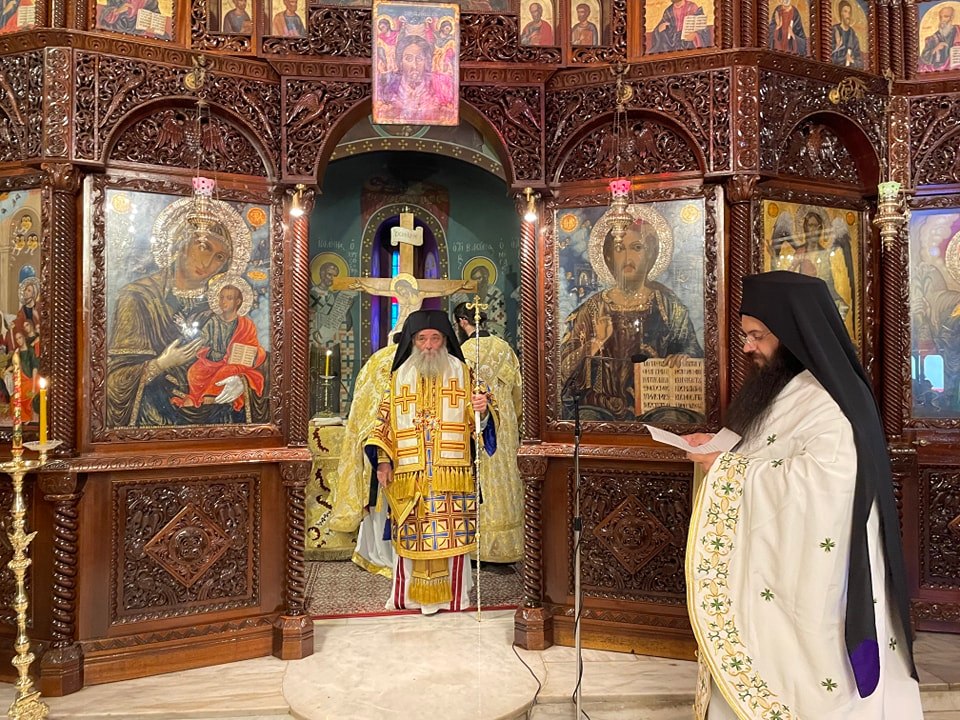 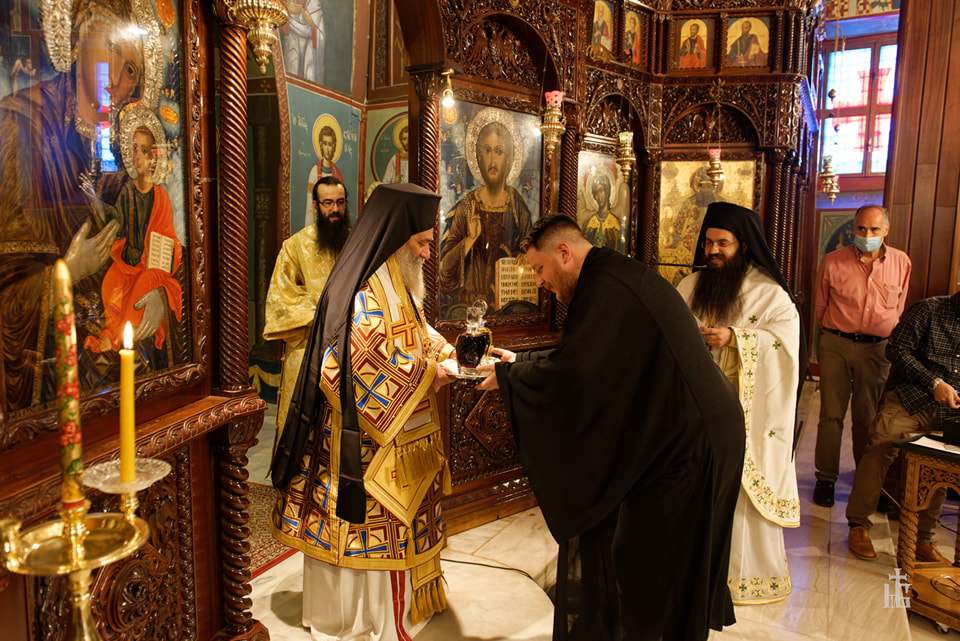 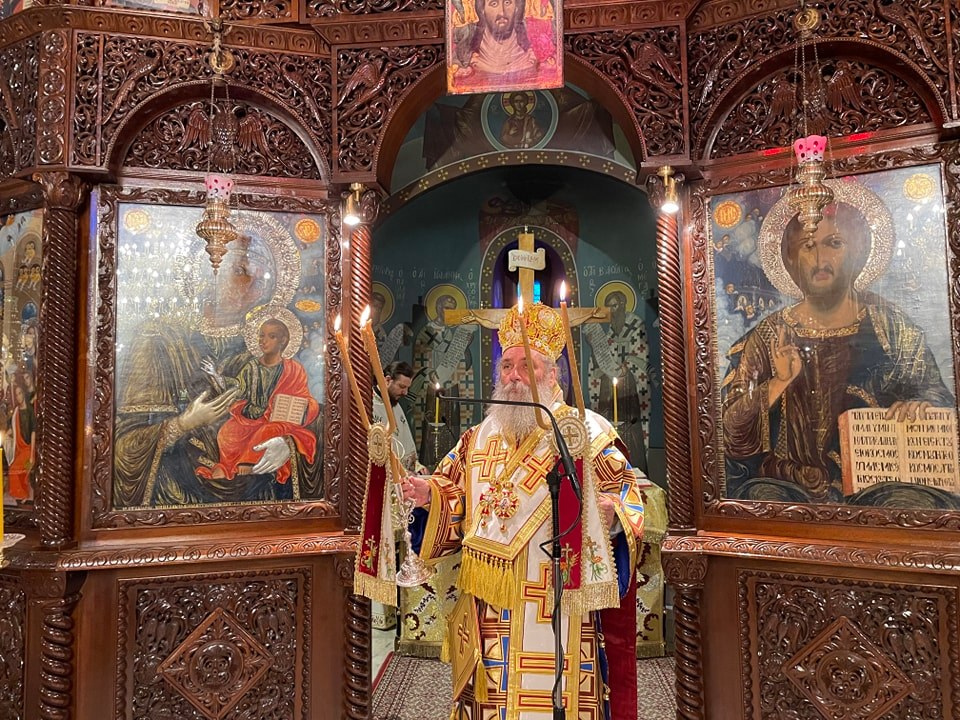 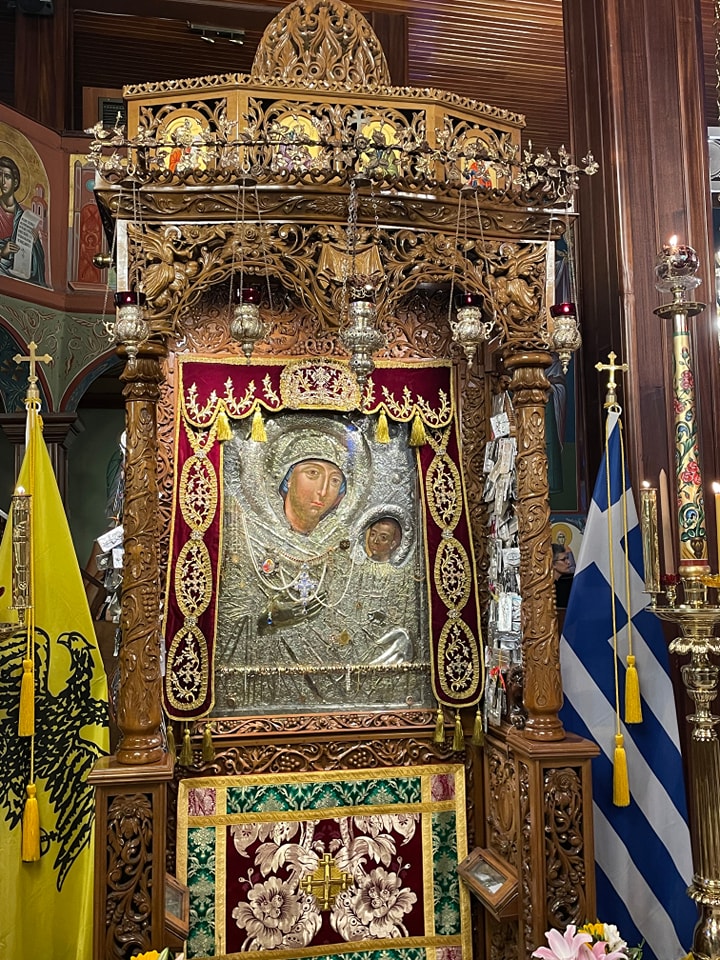 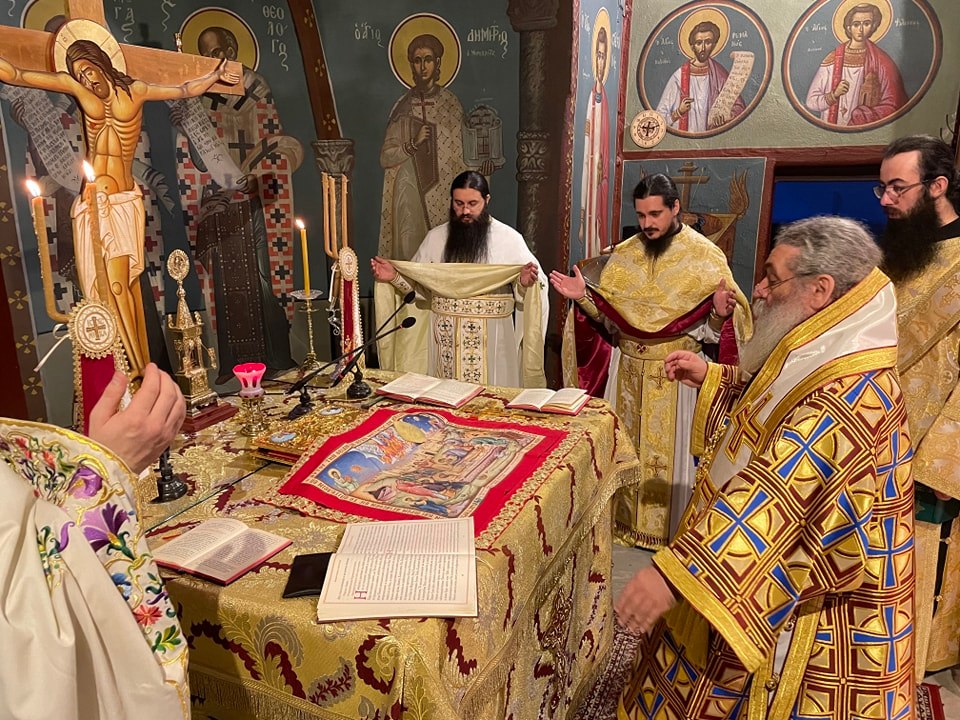 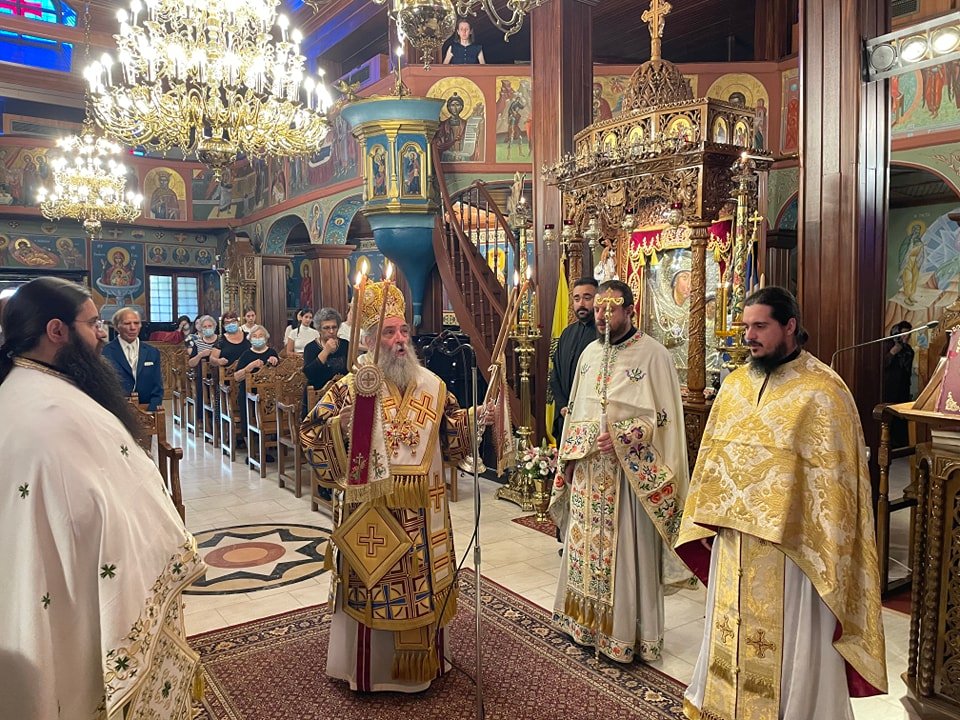 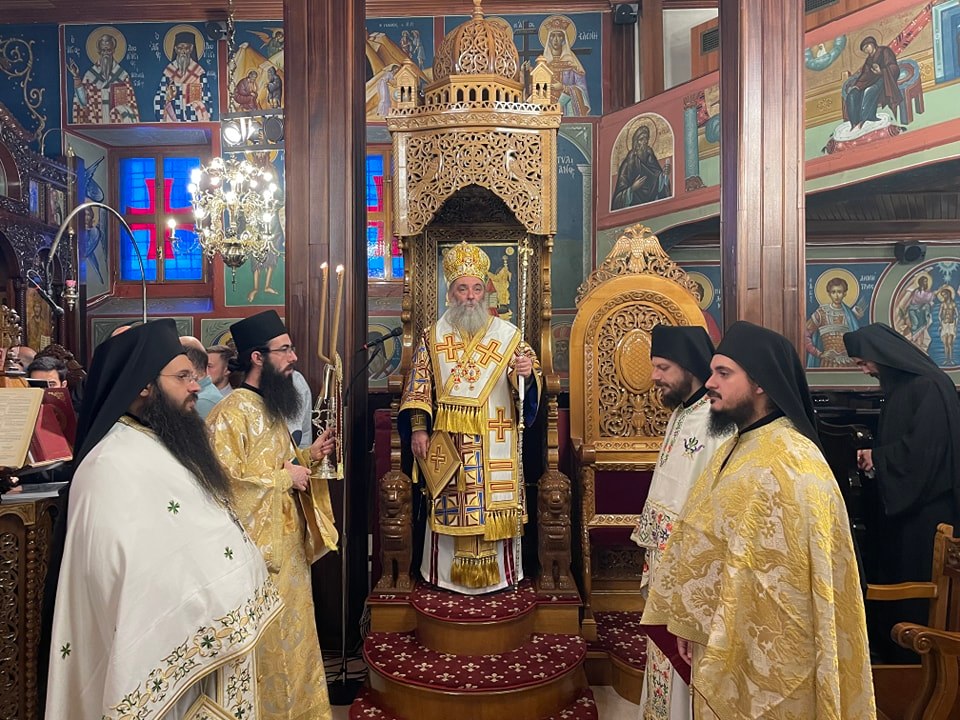 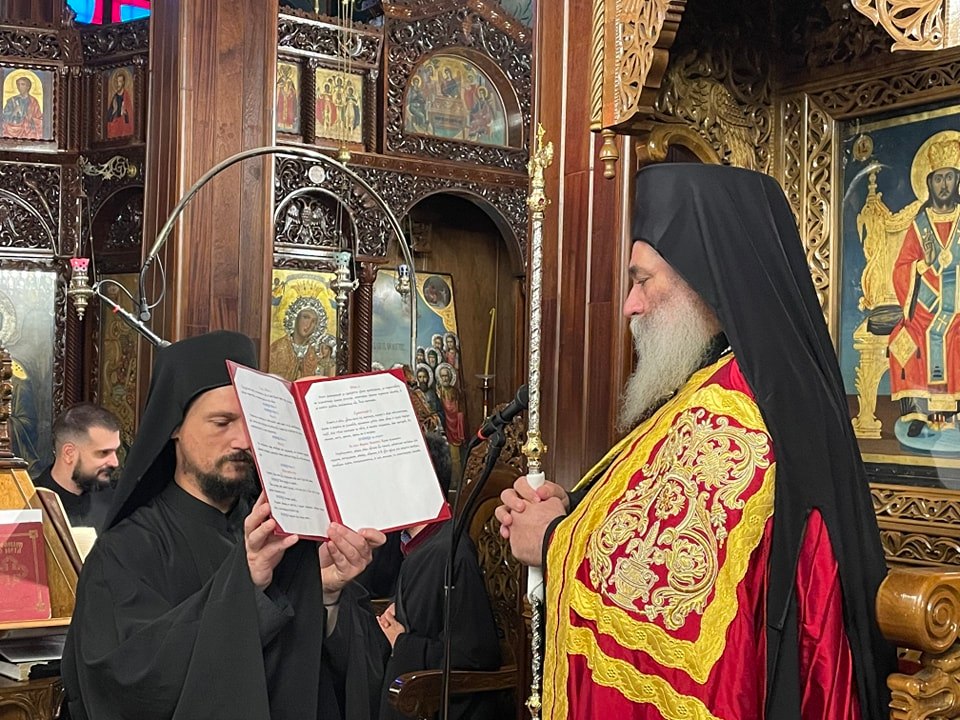 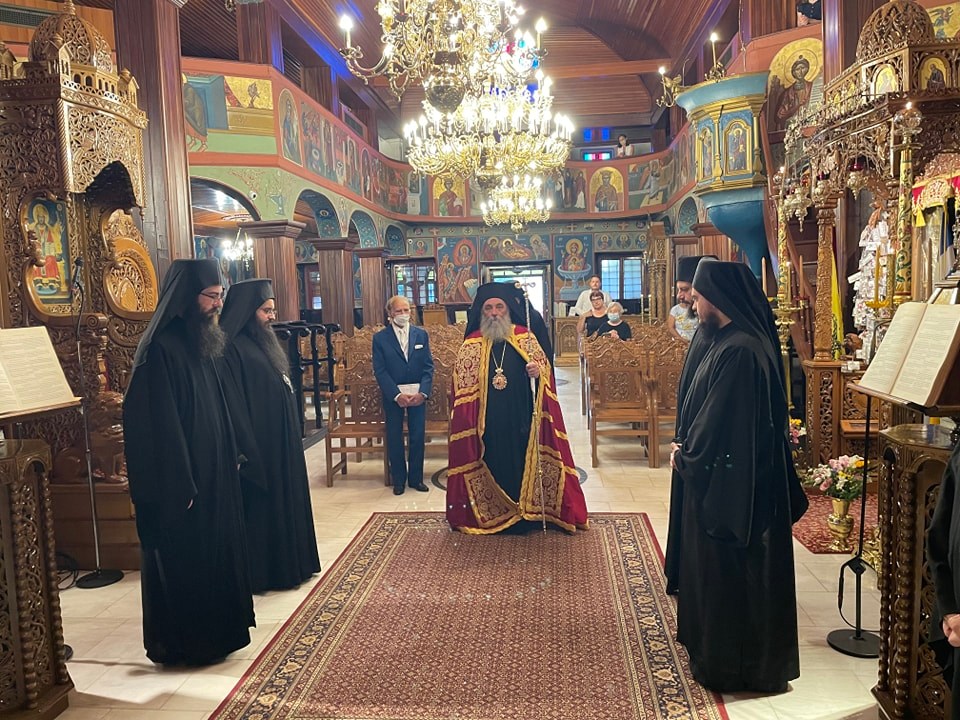 Archbishop of Athens on Ukrainian issue: We are a family with the Ecumenical Patriarch, how can I go elsewhere?

Gerontissa Theodosia of the Monastery of St. Ephraim, Nea Makri, fell asleep in the Lord