Hierarch of the Patriarchate of Georgia to Epifaniy: My country has been a victim of Russia for many years

Archbishop Zeno of Great Britain of the Patriarchate of Georgia sent a letter of support to the Head of the Autocephalous Church of Ukraine, Metropolitan Epifaniy of Kyiv.

A similar letter was sent to Metropolitan Onufriy, head of the Russian Church in Ukraine.

In his letter, Archbishop Zeno expressed his solidarity, “during the time when the people and the Church entrusted to you is facing martyrdom as a result of the vandalism that Russia has carried out”.

He added that while Ukraine “faces the devastating evil, of which my country has also been a victim for many years now, our prayers and thoughts are directed to Ukraine”.

And he added that “we suffer as one of you, as an ordinary Ukrainian, for we too felt the diabolic hand of injustice in 2008”.

Finally, he called on “God of Peace, with His mercy, will look down upon our countries, countries which are witnessing the inexpressible injustice over so many years, but believe in the Resurrection and triumph”. 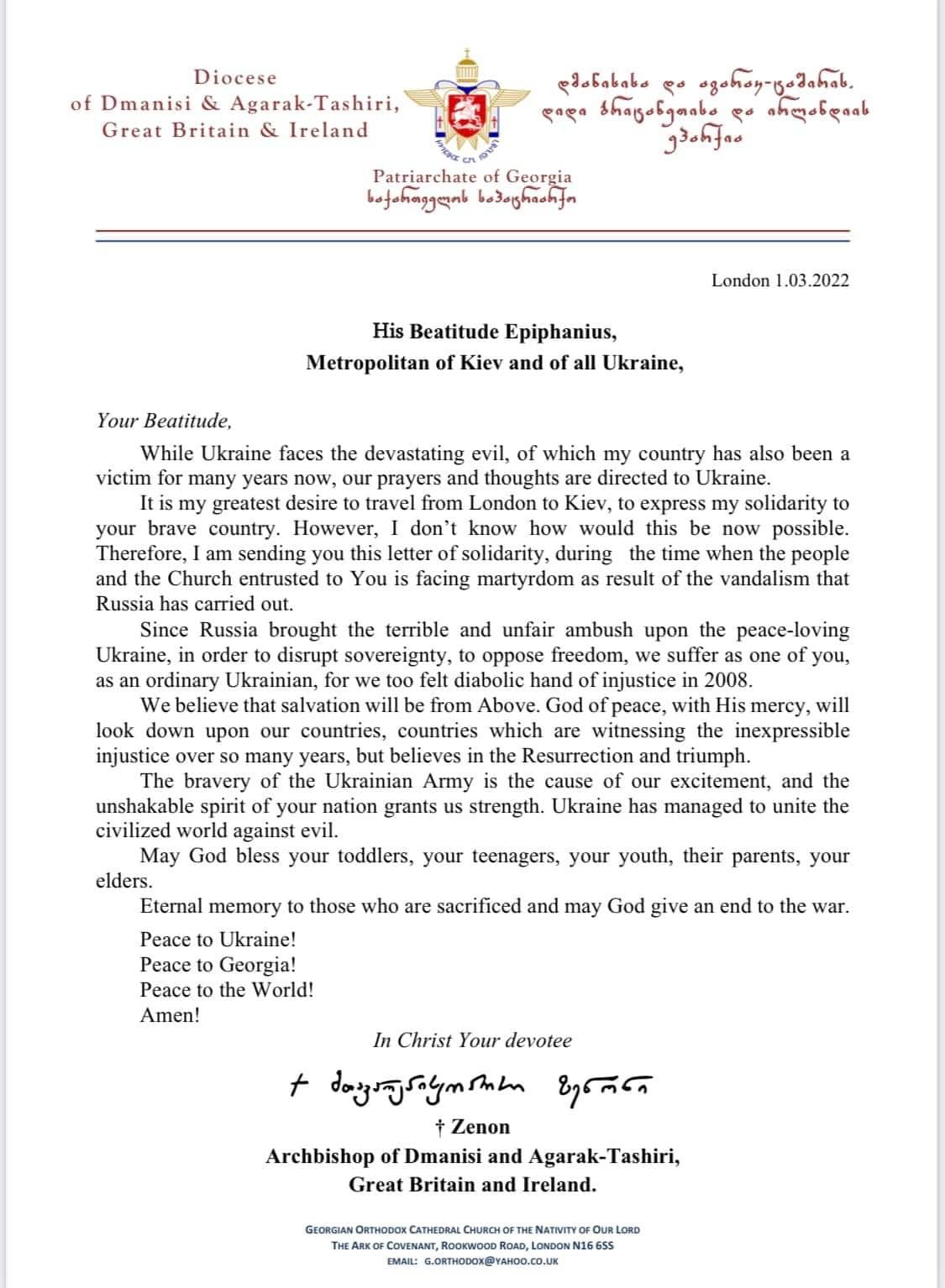 President of Georgia: Russia has lost the moral right to be fellow Orthodox Christians with an other Church

Metropolitan Iobi (Patriarchate of Georgia): Russians are only Christians in words, not in deeds

Metropolitan of the Georgian Church: Any Patriarch or Bishop who supports Russia’s actions has nothing to do with Orthodoxy

Archdiocese of Suceava sent 30 tons of food aid to Ukraine