On Friday the 23rd of September at the Church of the Resurrection of Christ and our Lady of Myrtles in the Sydney suburb of Kogarah, Great Festal Vespers was held for the feast of the Synaxis of our Lady of Myrtles, which was officiated by His Eminence Archbishop Makarios of Australia and in the presence of His Grace Bishop Iakovos of Miletoupolis and His Grace Bishop Christodoulos of Magnesia, who serves at the Parish.

During the service, the Archbishop honoured the Consul General of Greece in Sydney, Mr Christos Karras, on the occasion of his imminent completion of his term of office and his departure from Australia. Specifically, he awarded the Greek diplomat with the Silver Cross of St Andrew the Apostle in recognition of his contribution to the Greek community and his loyal cooperation with the local Church.

During his address, His Eminence praised Mr Karras for his person and his contribution to Hellenism in New South Wales, emphasising in particular his response, as head of the consular service, to the challenges that arose from the pandemic in the last two years.

He also mentioned the very good cooperation he had with the Holy Archdiocese of Australia, while not failing to express his heartfelt thanks to Trade Commissioner, Ms Katia Gkikiza, wife of Mr Karras, who will also depart Australia at the end of the month.

In closing, the Archbishop wished them well in life and in their diplomatic careers, while he asked that they not forget Australia, wherever they are, assuring them that the door of Australia always remains open to them and their children.

In response, the Consul General thanked His Eminence for the honour awarded for himself but also for the institution he represents, while expressing gratitude for the warm relationship he developed both personally with the Archbishop as well as with all the bishops and clergy of the Holy Archdiocese of Australia.

Pointing out that the Antipodes is home to one of the most important and dynamic parts of the Greek Diaspora, Mr Karras expressed his confidence in the ability of His Eminence to successfully respond with his spiritual guidance.

“It is certain that the virtues you have demonstrated in the three years of your ministry thus far,” he said, “will function as a catalyst to the successful completion of your mission, to the promotion of the rich heritage and universal ecumenical values of Orthodoxy, to the fulfillment of the expectations that have been entrusted to you by the Ecumenical Patriarchate and the flock of the Holy Archdiocese of Australia.”

Furthermore, the outgoing Consul General wholeheartedly wished the Archbishop strength, health and length of days, “for the good of the Mother Church, the flock of the Holy Archdiocese of Australia, Hellenism and Australia”, while stating with emotion that for him, “it was a joy, honour and privilege to be, for these five years, a member of the Greek-Australian community of Sydney and I will continue to feel a member of it for the rest of my life”.

Earlier, His Eminence spoke to the crowded congregation about the feast of the Synaxis of Our Lady of Myrtles, describing the finding of Her icon by a pious shepherd in Kythera and the miracle the Theotokos performed by healing a paralysed man.

The Archbishop emphasised, among other things that, “Panagia finds rest in the hearts of simple, humble and prudent people”, while he also focussed on the myrtle, as a symbol of victory and glory, to mark the distinction between the secular meaning of “victory” and how the Orthodox Church understands the meaning of “victory”.

He explained that for an Orthodox Christian, victory is not an end in itself in a competitive process, but rather it is the success and ultimately the salvation of our neighbour. He also recalled the words of St Nicholas Cabasilas, “We are victorious with the victory of others”, noting that this concept of victory can also be discerned in the life of our Virgin Mary. 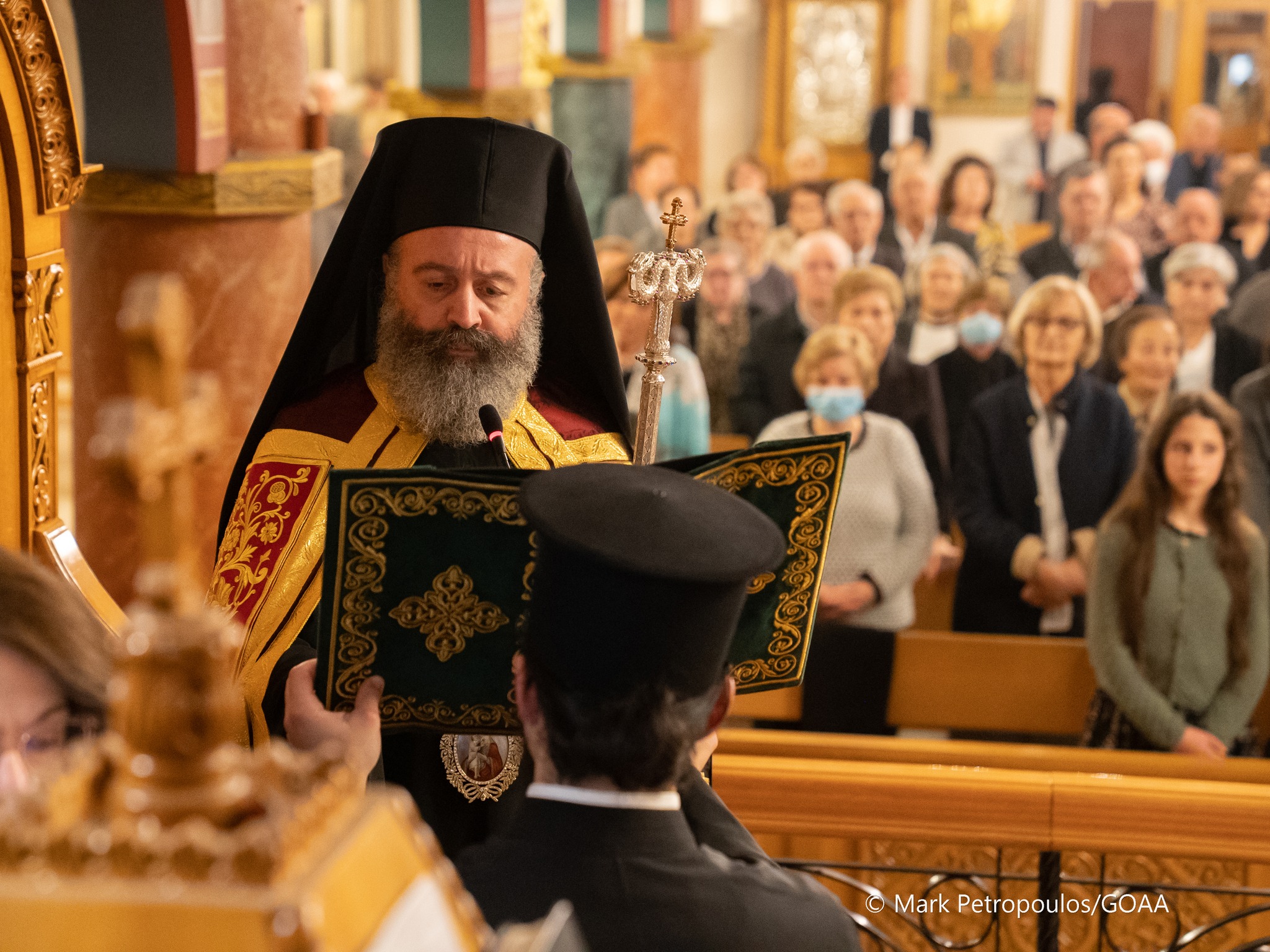 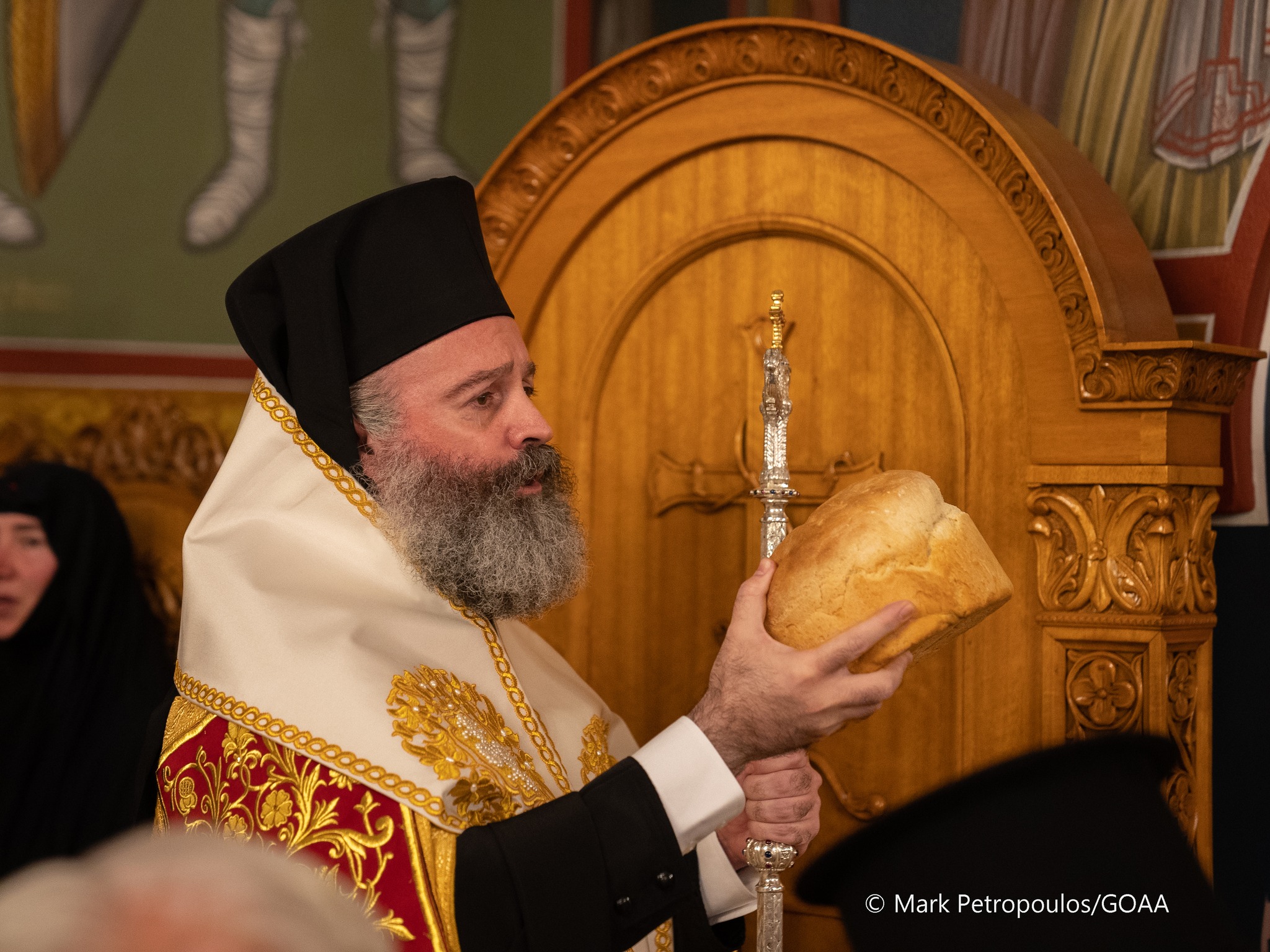 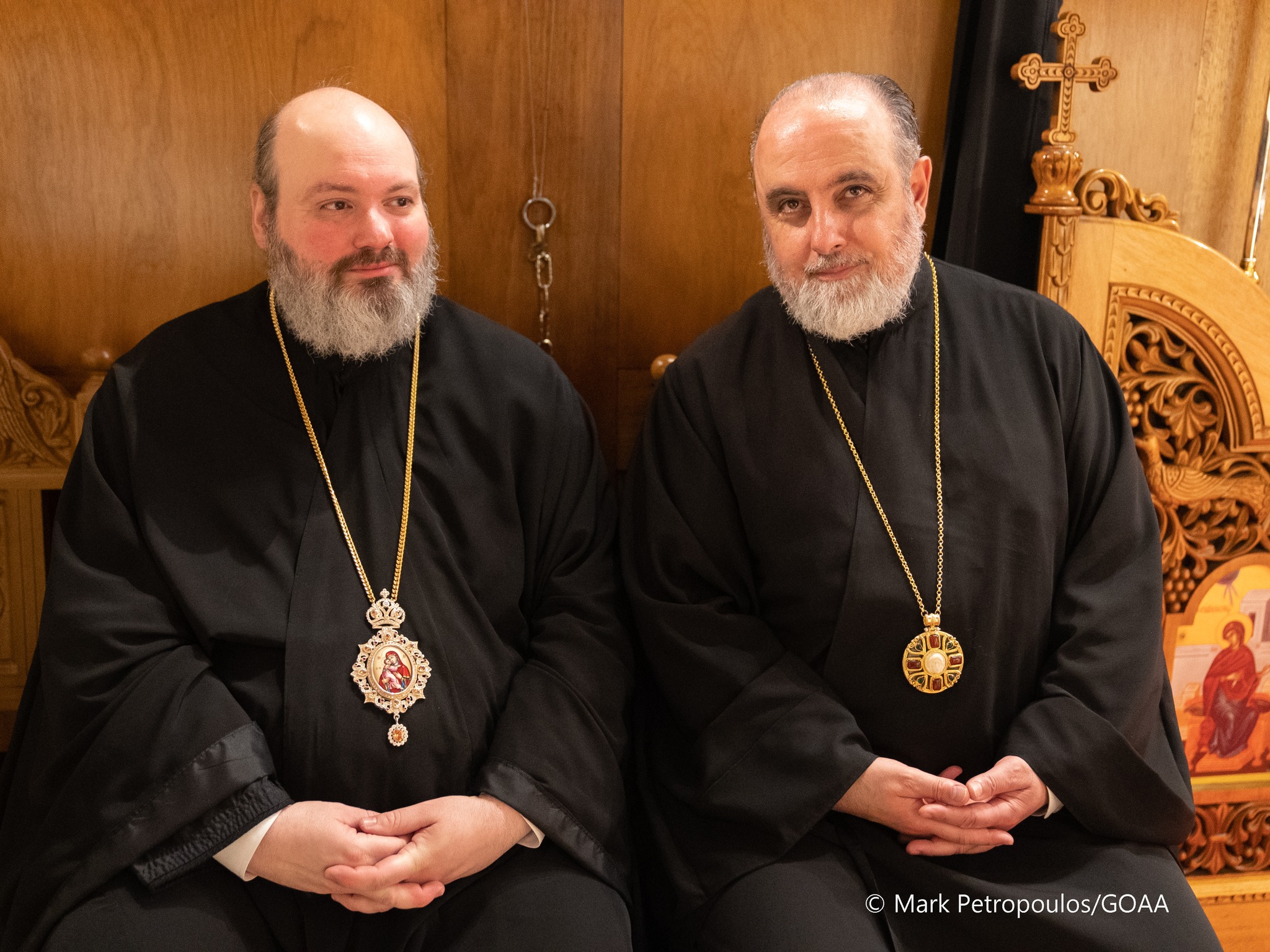 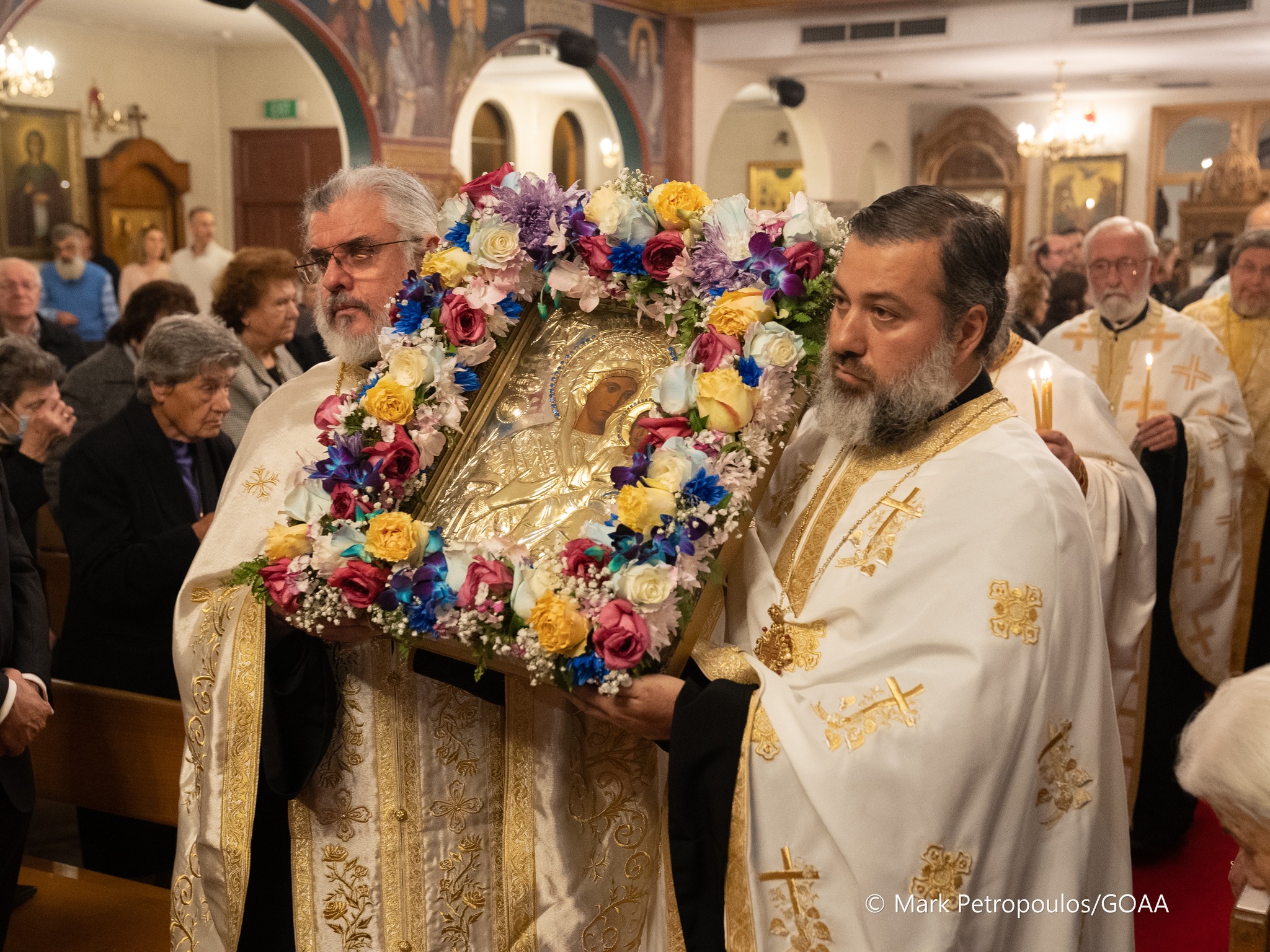 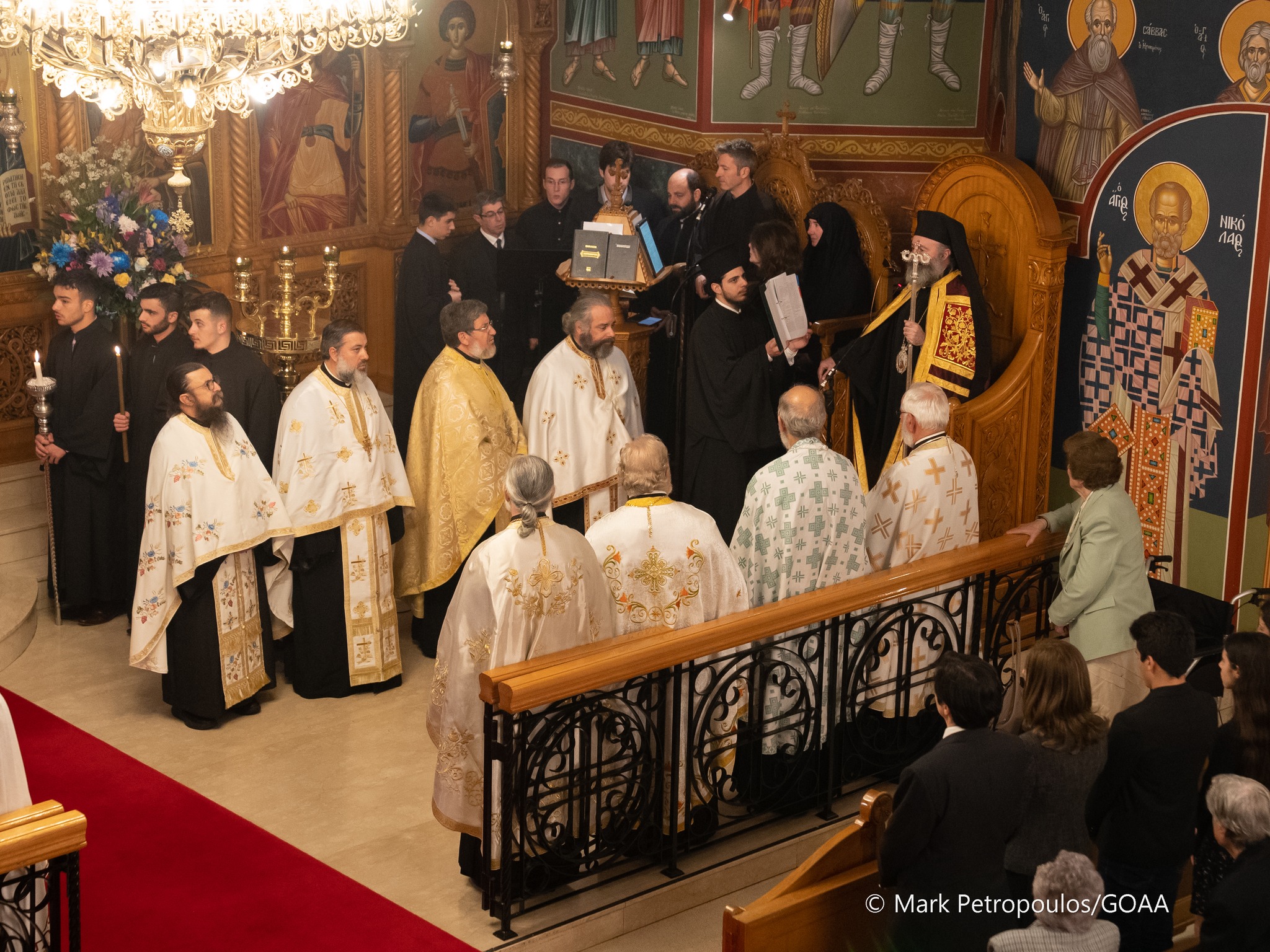 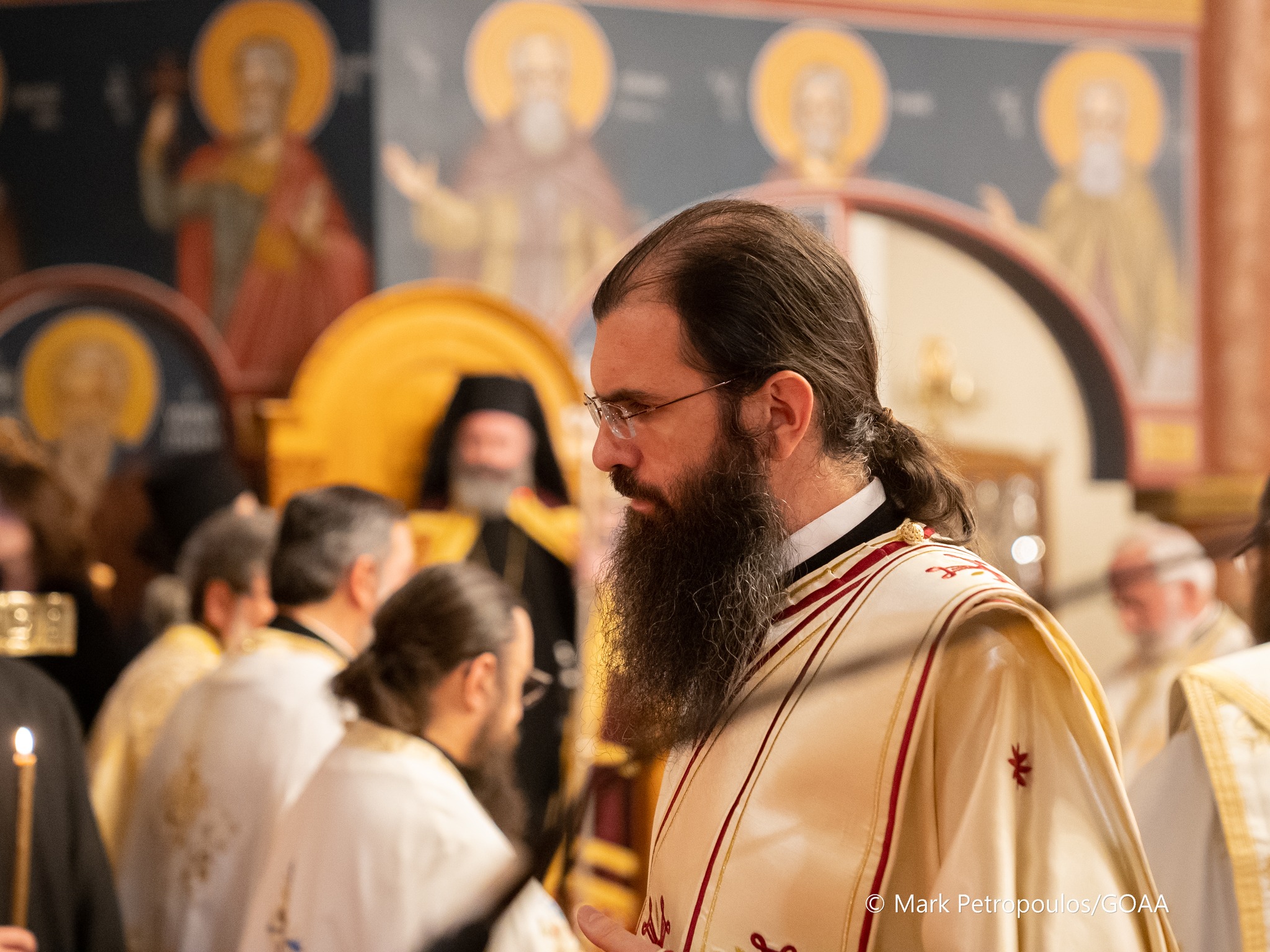 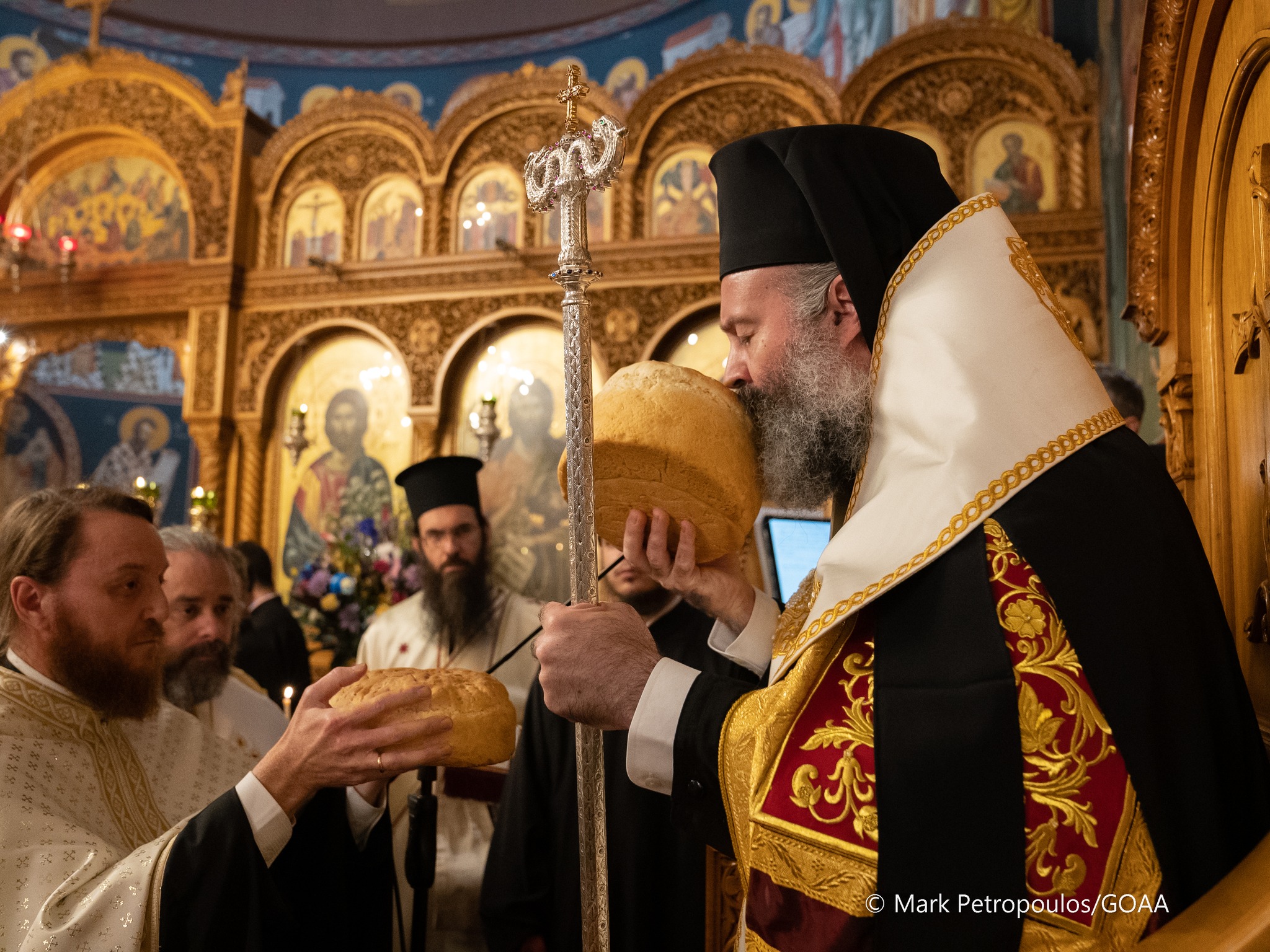 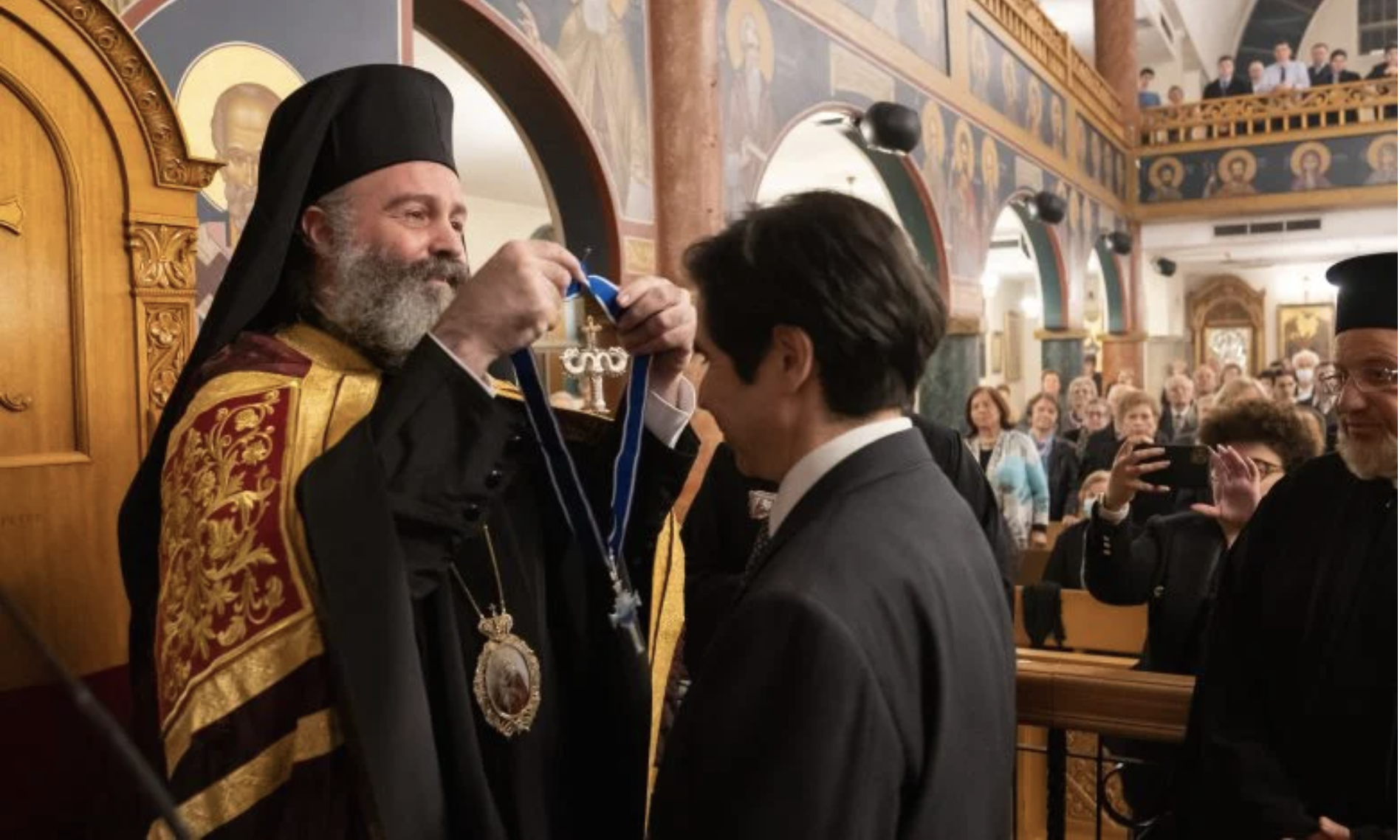 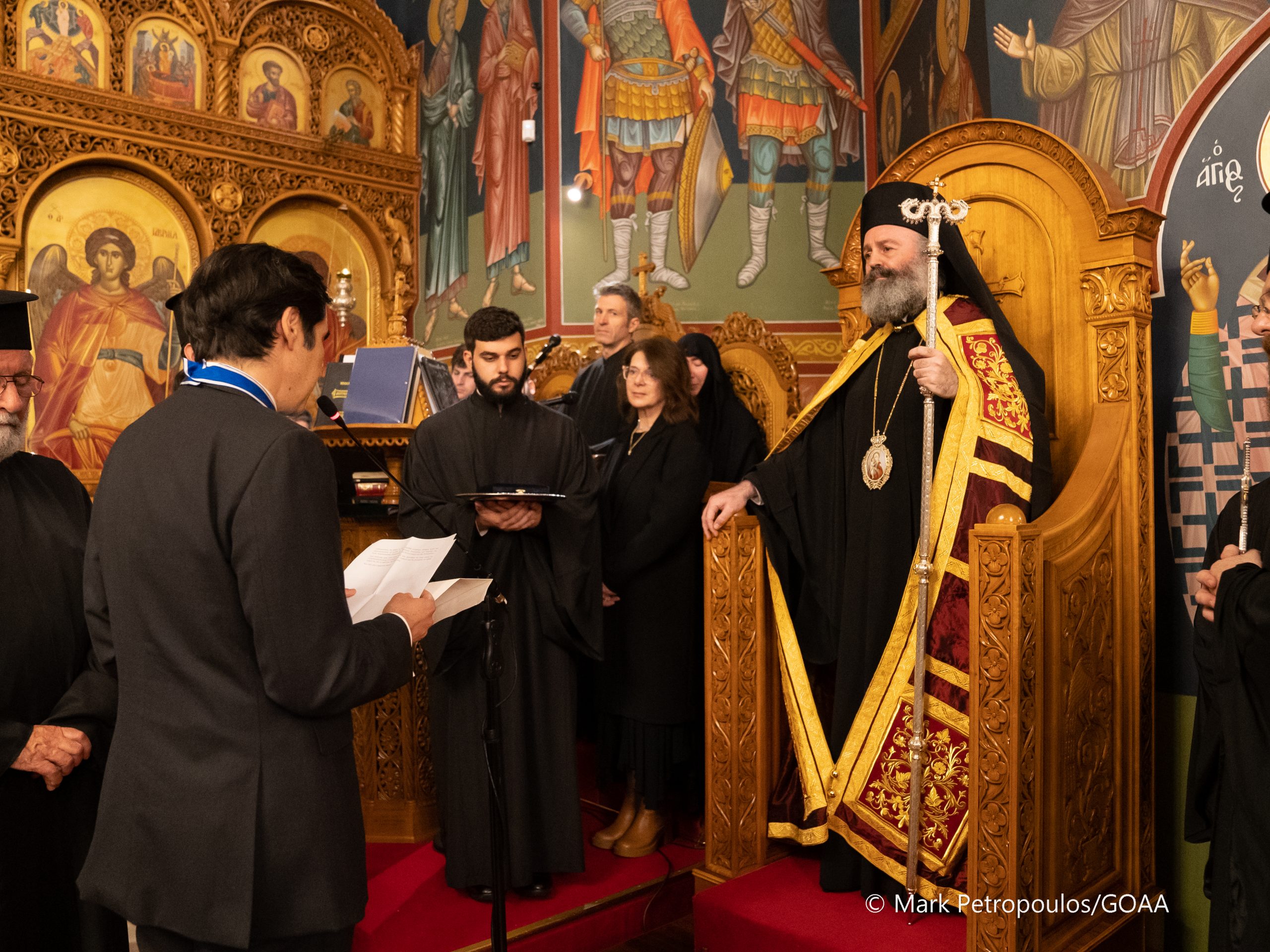 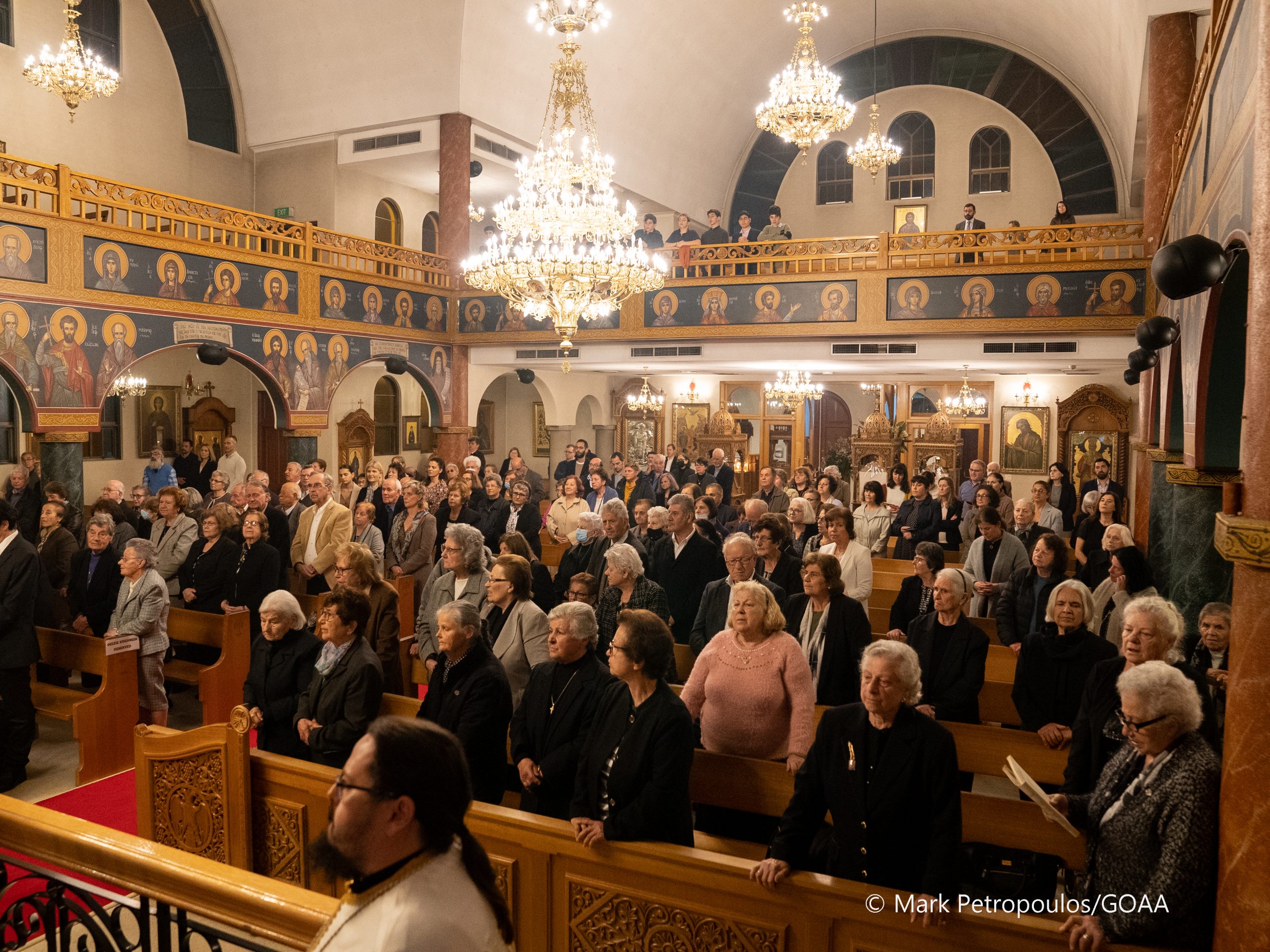 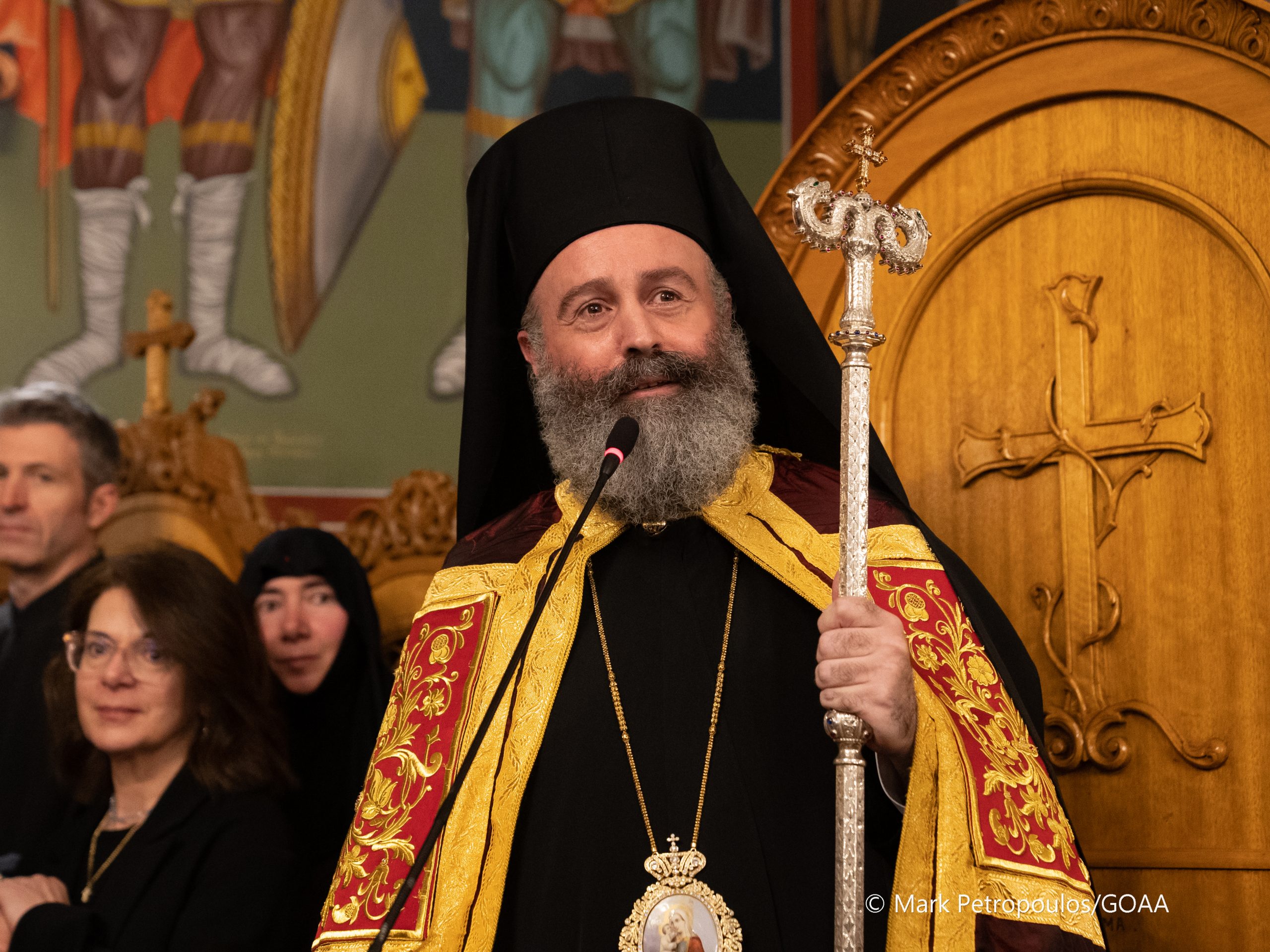