The feast of Hieromartyr Saint Anthimos the Iberian was celebrated on Tuesday in Râmnicu Vâlcea, in the presence of a hierarch from the Saint’s country of origin, Metropolitan Theodor of Akhaltsikhe and Tao-Klarjeti.

The celebrations were attended by other guests from Georgia, including a children’s choir.

Archbishop Varsanufie of Râmnic presided over the Divine Liturgy.

In his sermon, Metropolitan Theodor of Akhaltsikhe and Tao-Klarjeti focused on the life and works of Saint Anthimos the Iberian.

Additional details about the Saint were offered by Archbishop Varsanufie: “He offered books to the ministers of the holy altars and to all the people thirsting for faith and culture, which led to the strengthening of the unity of the language of religious texts, a thematic and linguistic unity alike.”

“His merits were appreciated by the generations that followed him in the cultural field, and that placed the ecclesiastical language at the foundation of the Romanian literary language in the following centuries, so much so that, with all merit, the Holy Hieromartyr Anthimos the Iberian was placed in the gallery of the founders of Romanian culture and language,” the Archbishop said.

The Saint was chosen in 1999 as the Spiritual Protector of Râmnicu Vâlcea, a city that opened the way to become the ‘capital of printers’, His Eminence stressed.

Tuesday’s Divine Liturgy culminated with a broader series of cultural and religious events dedicated to Saint Anthimos in Râmnicu Vâlcea.

St Anthimos the Iberian was Bishop of Râmnic for three years, between 1705 and 1708. During that time, he printed the Liturgikon and the Euchologion – liturgical books which, through their widespread circulation, unified the Romanian literary language in the territories of Romanians.

Photography courtesy of the Archdiocese of Râmnic
Source: basilica.ro 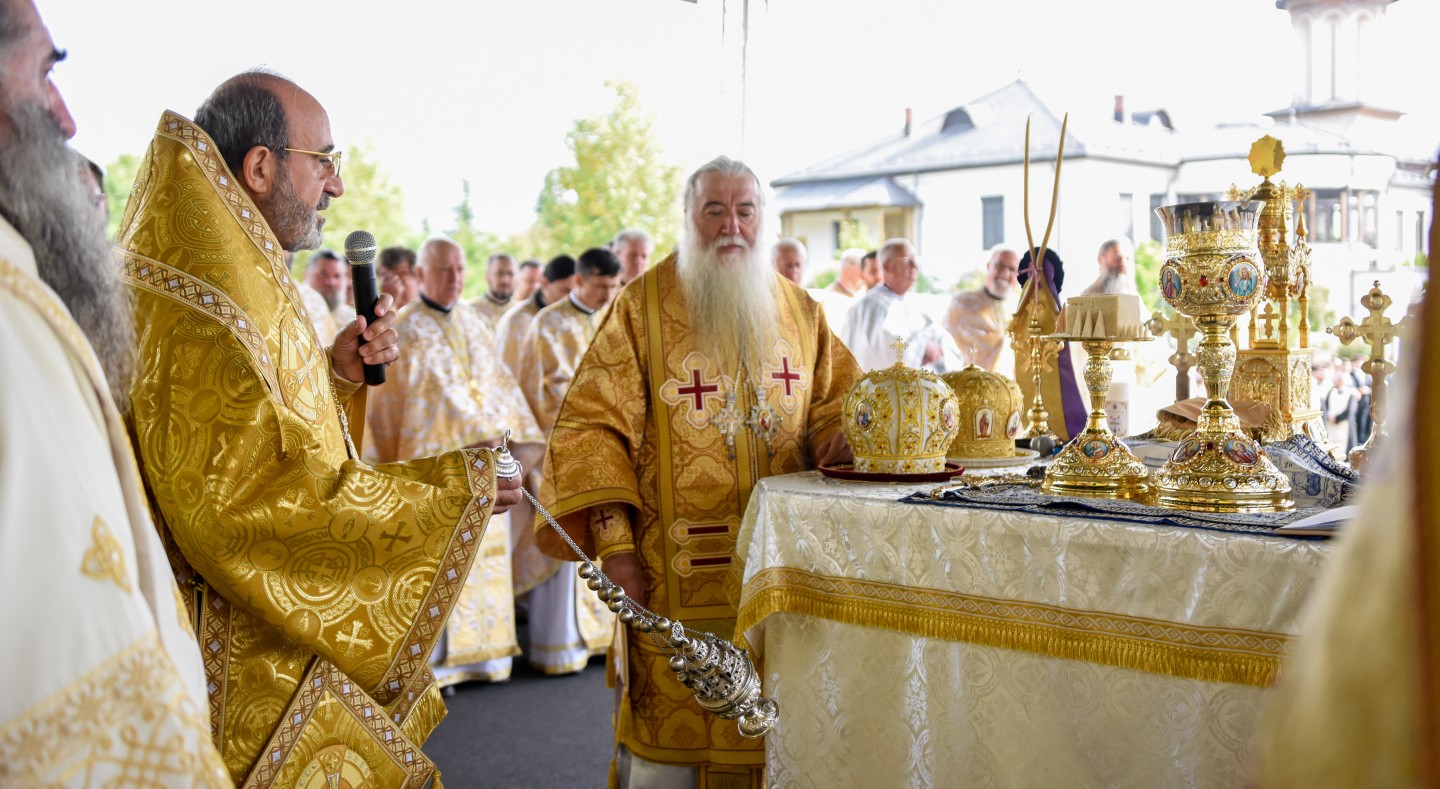 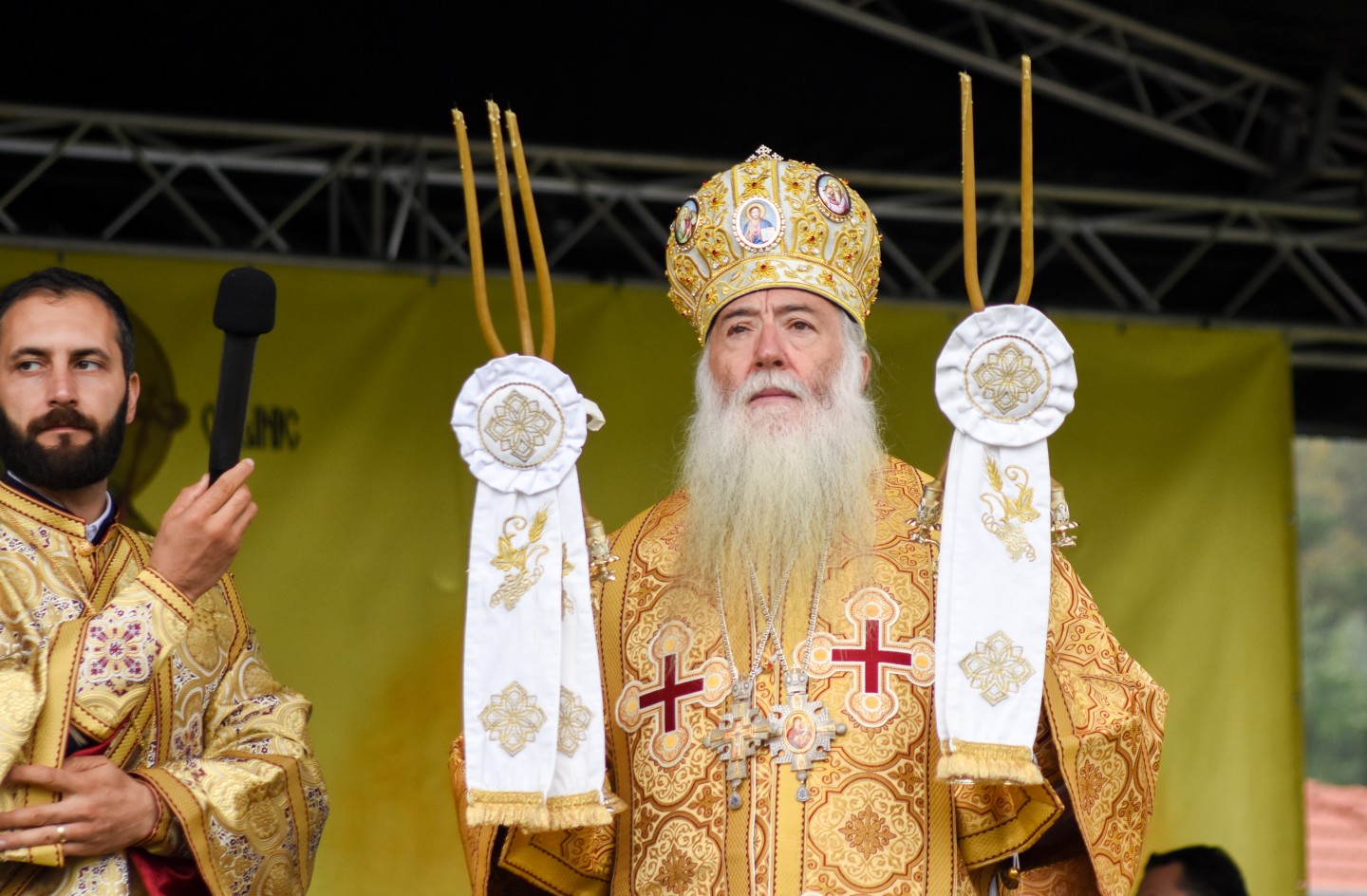 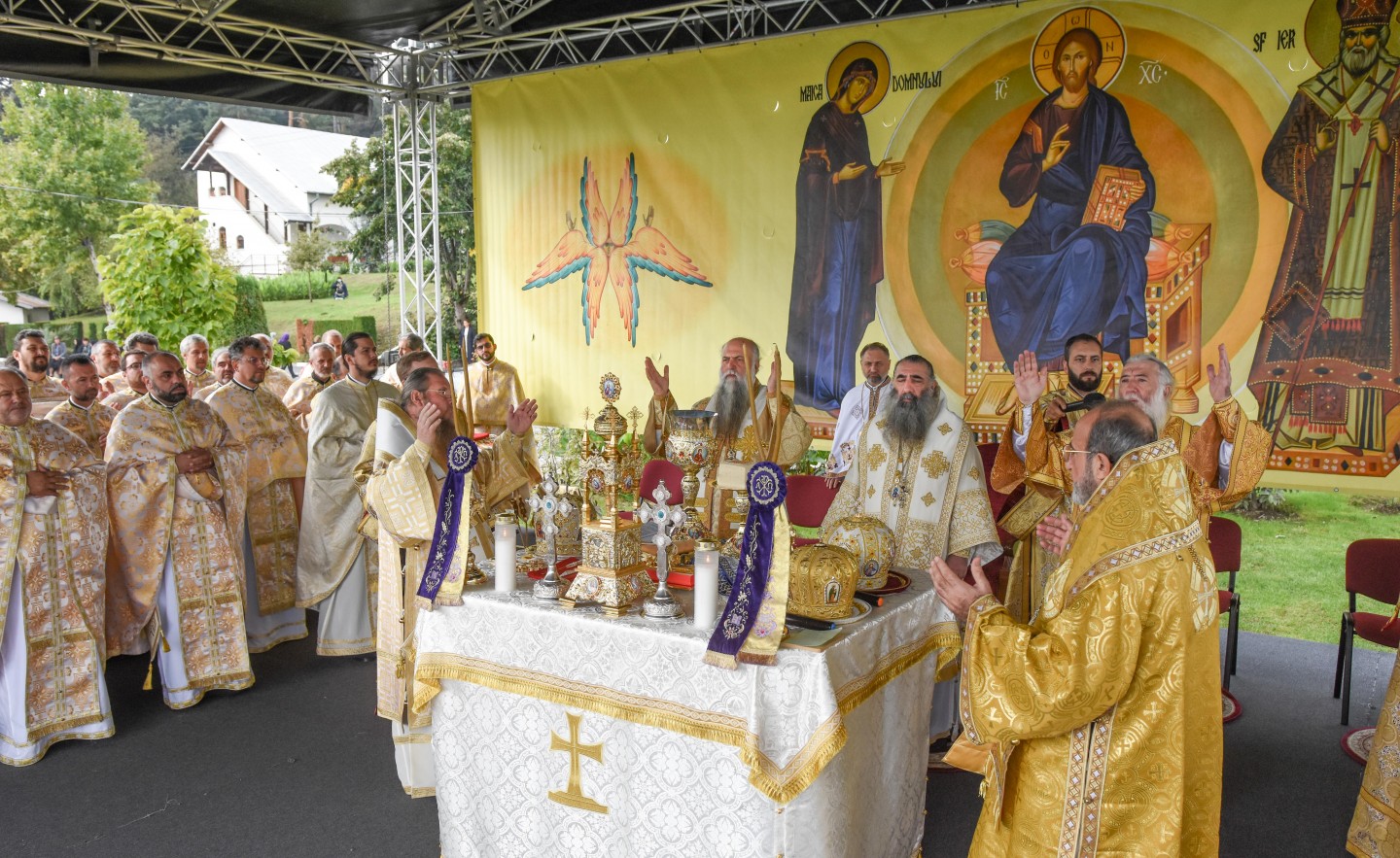