The visit of Greek Deputy Foreign Minister Kostas Vlasis to the USA was completed, during which he held several meetings.

The Greek deputy minister attended the event held at the Saint Demetrios Astoria School on the occasion of the International Greek Language Day.

As he stated in a post on Facebook, “Over 120 children received their Greek language certificates and filled us with pride and optimism. Learning and preserving the Greek language is of the utmost importance to strengthen ecumenical Hellenism.” 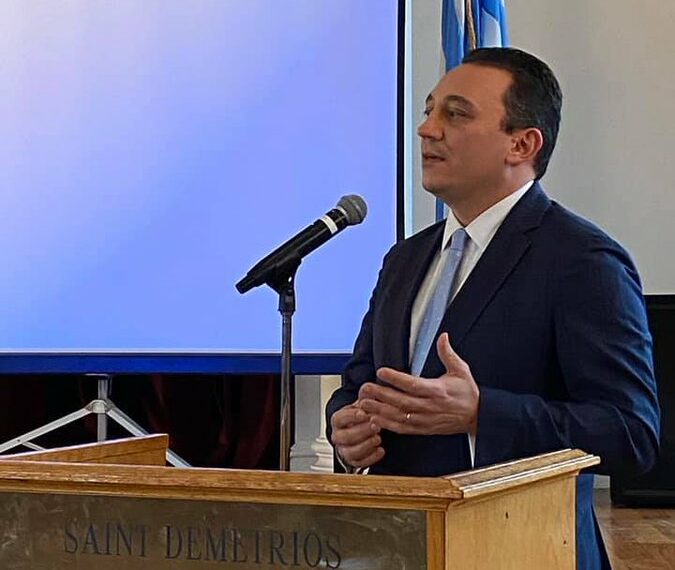 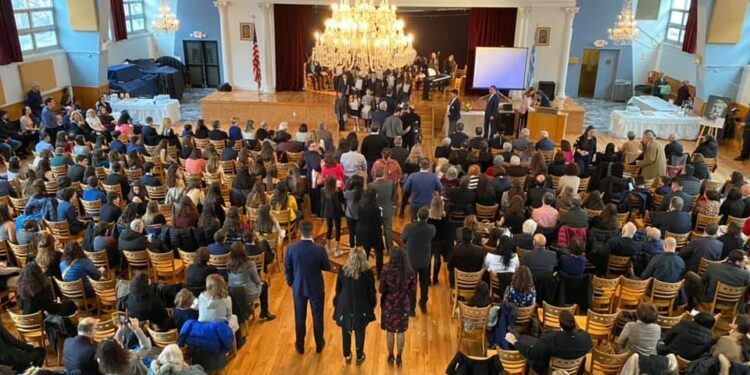 During his visit to the US, he also attended the ceremony organized by the Cosmos Fm radio station and the non-profit organization GAEPIS. Archbishop Elpidophoros of America was awarded the 24th Phidippides Award for his work.

Konstantinos Vlasis also held a press conference at the Consulate General of Greece in New York with the participation of representatives of Greek media. “We made the first assessment of my visit to the US and discussed all issues concerning our Greek compatriots who live and work here,” he said.

It is worth noting that the deputy minister met US Secretary of State Mike Pompeo at the dinner the latter hosted for his counterparts and representatives of 25 states in order to discuss religious freedom issues. 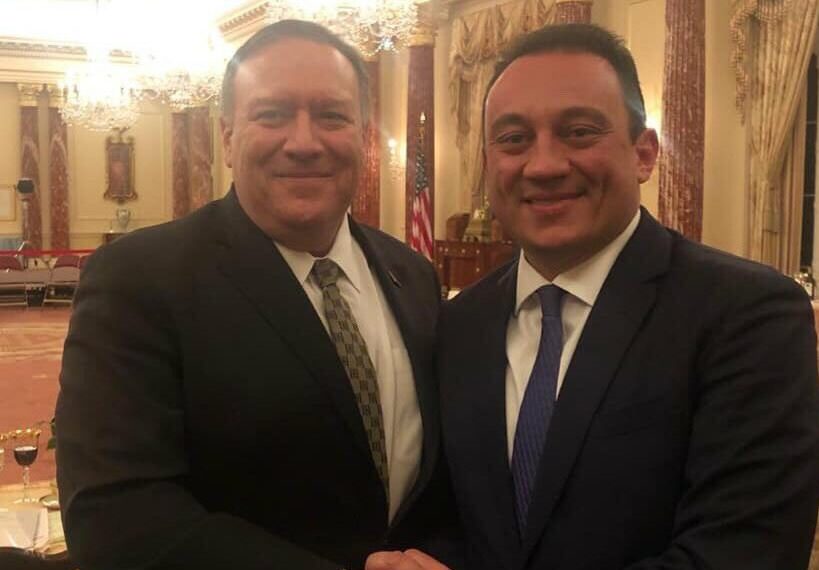 At the beginning of his visit, the Greek deputy minister met the Consul General of Greece in New York, Konstantinos Koutras, at the holy site of the under-construction St. Nicholas Church at Ground Zero in New York. “The temple’s opening in September 2021, marking the 20th anniversary of 9/11, will be a powerful message of peace, unity and fraternity,” he said.

Archbishop Elpidophoros of America prays for your loved ones (live)

Archbishop of America: Send the names of your loved ones, I will pray for them every day

Holy Eparchial Synod: The “closed-doors” policy will be strictly enforced

Greek Deputy Foreign Minister: The Holy Fire will come to Greece as usual

Former Greek President had telephone communication with Archbishop of America

The coronavirus pandemic also reached Imbros and Tenedos, the two islands in the northern Aegean with Greek Orthodox communities....

Australia: A ‘saint’ in your place

The youth of the Greek Orthodox Parish of Saint Anthony in Prospect, Adelaide, found a particularly original way for...

Patriarch Theodore of Alexandria and All Africa sent his warmest wishes for a speedy recovery to Archbishop Ieronymos of...

Archbishop of Canada: Holy Week services to be conducted only by priest, chanter and sexton

The religious services during the Holy Week will be conducted behind closed doors in the Archdiocese of Canada, with...