From the heart of Africa the Patriarch of Alexandria preaches peace

The Orthodox Mission and the Holy Diocese of Kananga received Patriarch Theodore II of Alexandria and All Africa, who arrived in the city with his entourage. The people gave him a warm welcome. From the airport, a huge procession of believers accompanied the Patriarch’s car to the Missionary Center of St. Andrew.

The Primate of Alexandria officiated at the festive Divine Liturgy in Kananga of the Democratic Republic of the Congo, concelebrating with the Metropolitans Meletios of Katanga, Daniel of Aksum, Theodosius of Kinshasa, Chariton of Kanaga, and Bishop Cosmas of Constantiani.

The Holy Clergy of the Diocese and thousands of Orthodox believers in the Central Kasai area participated in the suffocatingly filled majestic Church of St. Andrew in Kananga.

Present were Her Excellency the Ambassador of Greece to the Democratic Republic of the Congo Kalliopi Douti, the Chairman of the Hellenic Community Gerasimos Dounis, the Governor of Kanaga and the Roman Catholic Archbishop, the local political and military authorities, and the Kings of the region.

“From the heart of afflicted Africa, from the historic seat of the Orthodox Mission, we send a message of peace, change, and reconciliation to all the peoples of the planet, most especially to the region of Ukraine. We now call for an end to hostilities! It is inconceivable in our time that civilians, women, and children are being killed. “Has humanity not learned from history?” said the Patriarch of Alexandria.

During the Divine Liturgy, the new Metropolitan Chariton of Kananga was enthroned in an atmosphere of joy and enthusiasm. The new Metropolitan in his Enthronement speech thanked the Patriarch, the members of the Hierarchy, and all those who helped him spiritually, asking for the prayers of all for his difficult work.

The Patriarch and the new Metropolitan in their homilies referred to the fact of the fifty-year presence of Orthodoxy in Kanaga and the Great Kasai and the presence of the first missionaries Fr Chrysostomos Papasarantopoulos, Fr Chariton Pnevmatikakis, Metropolitan Ignatios of Pentapolis, and Metropolitan Nicephorus, praying that the Lord will grant repose to their souls in the Kingdom of God.

Then they made special mention of the Missionary Association “O Protoklitos” of the city of Patras and its honorable Chairman Nikolaos Simos, to whom they expressed the gratitude and thanks of the Patriarchate for the 50 years of the Association’s contribution to the mission of Kananga.

They also thanked TV station 4E for its presence, which will broadcast the heartbeats of the Congolese Orthodox to the ends of the earth.

During the official meal, the students of the “Light of the Nations” Schools presented a short festive event with reference to the first Missionaries, who laid the strong foundations of Orthodoxy. They sang about Orthodoxy with rhythm and exuberance.

The multi-day missionary tour of the Alexandrian Primate to the Democratic Republic of the Congo strengthened the souls of the Orthodox faithful and highlighted to everyone the tireless effort of the Alexandrian Throne to spread the Gospel of Christ in Africa, the “Continent of the future”. 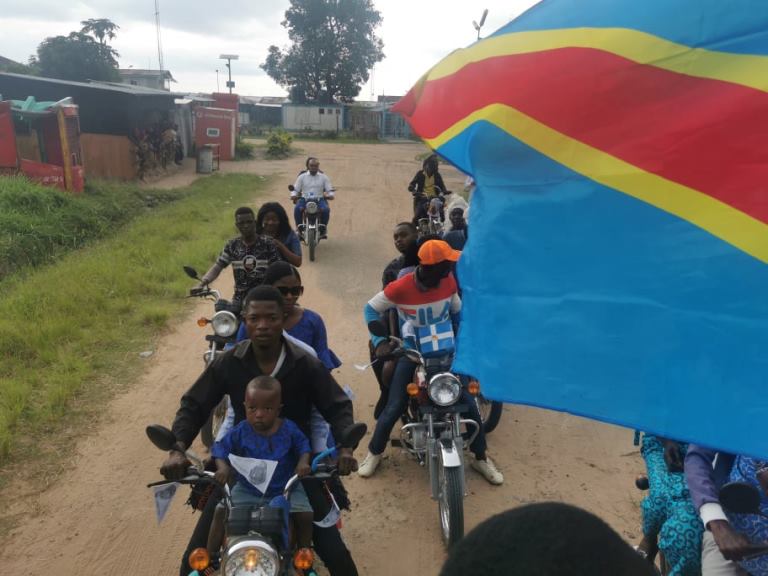 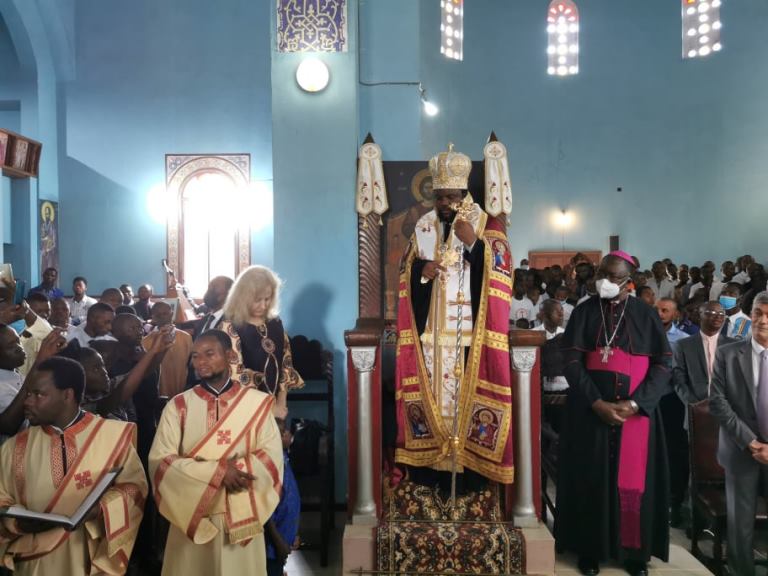 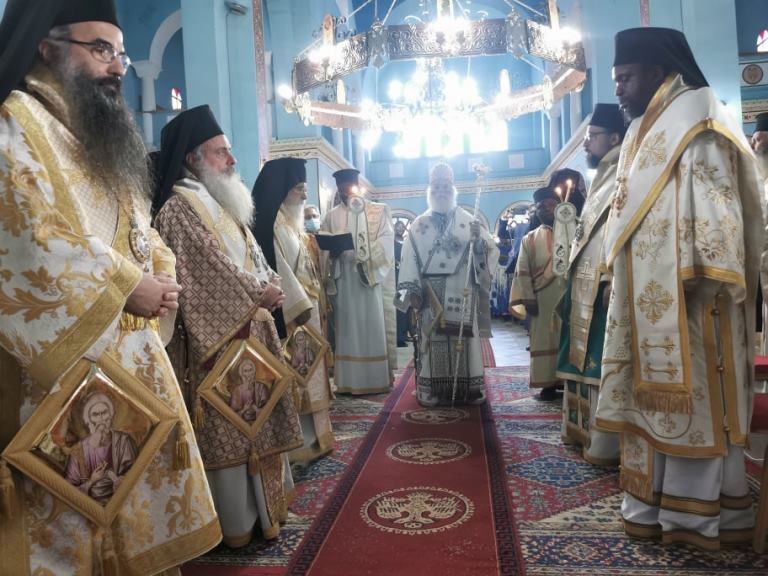 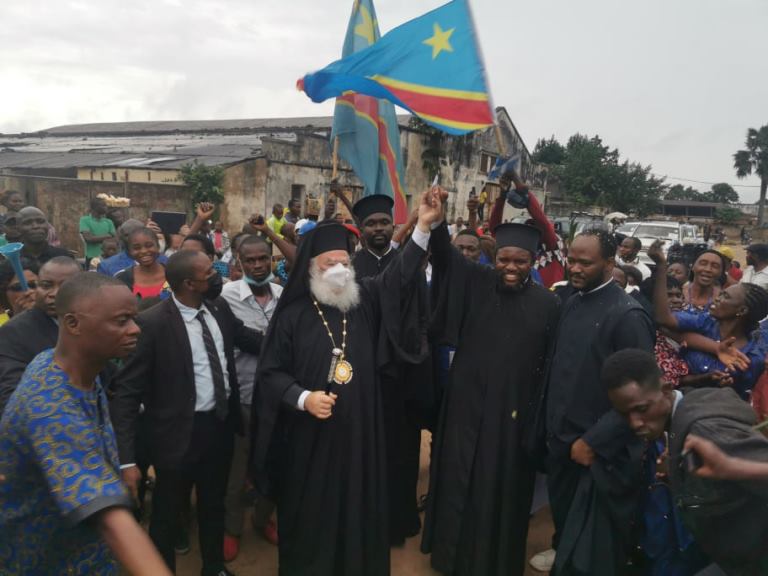 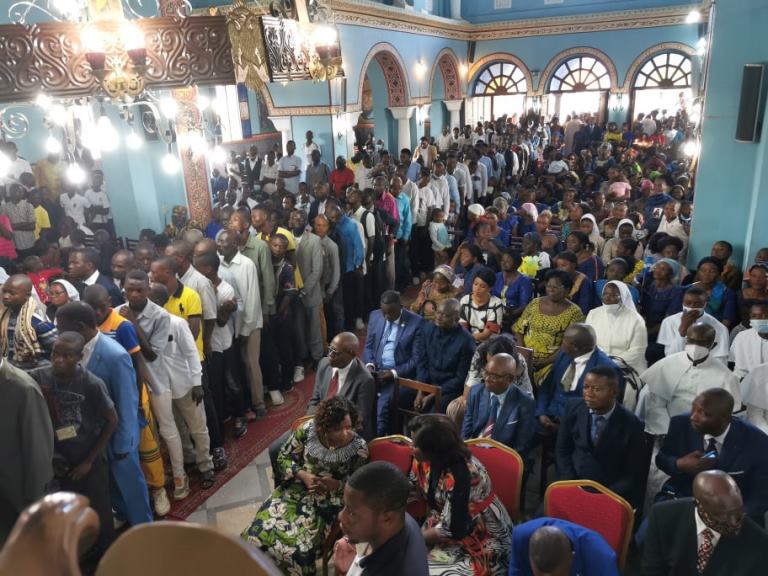 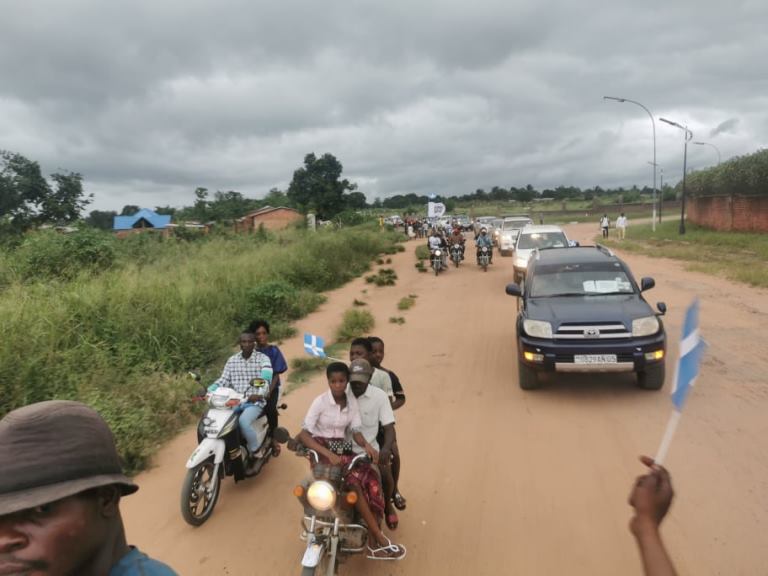 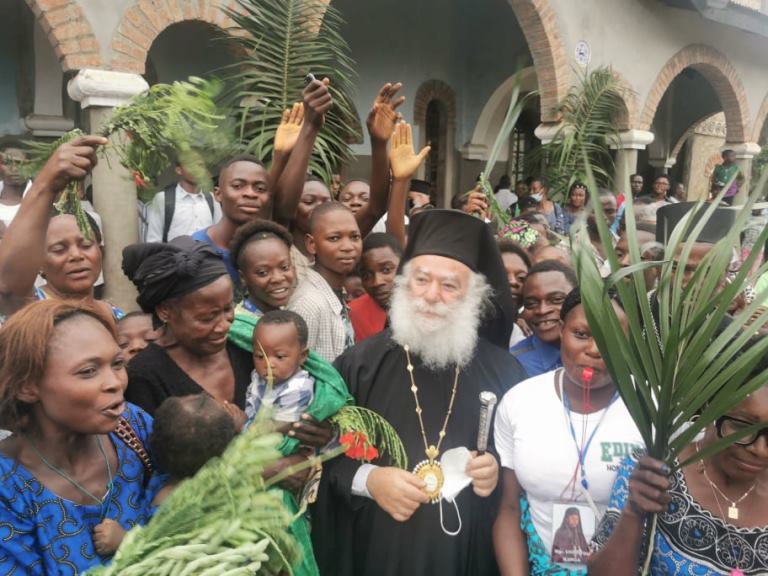 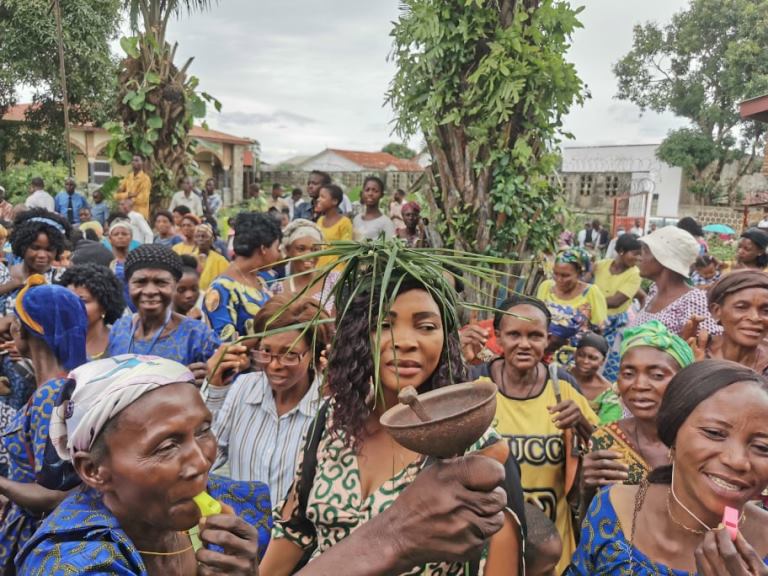 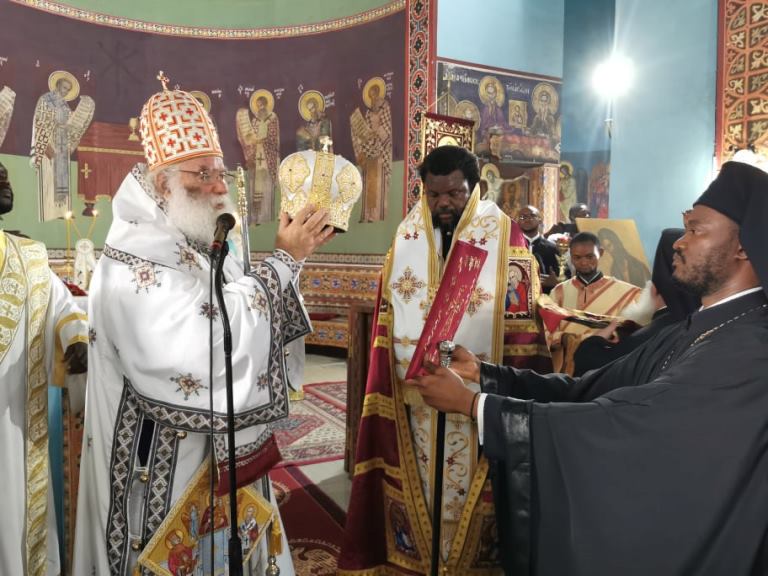 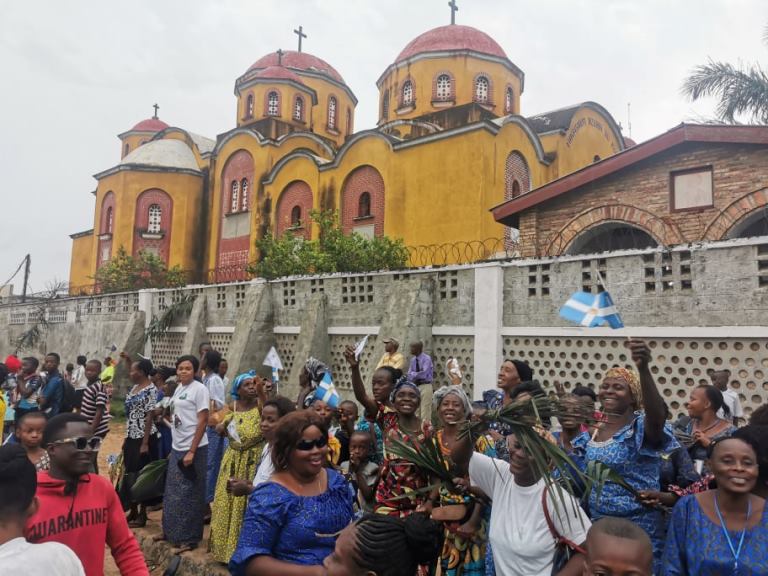 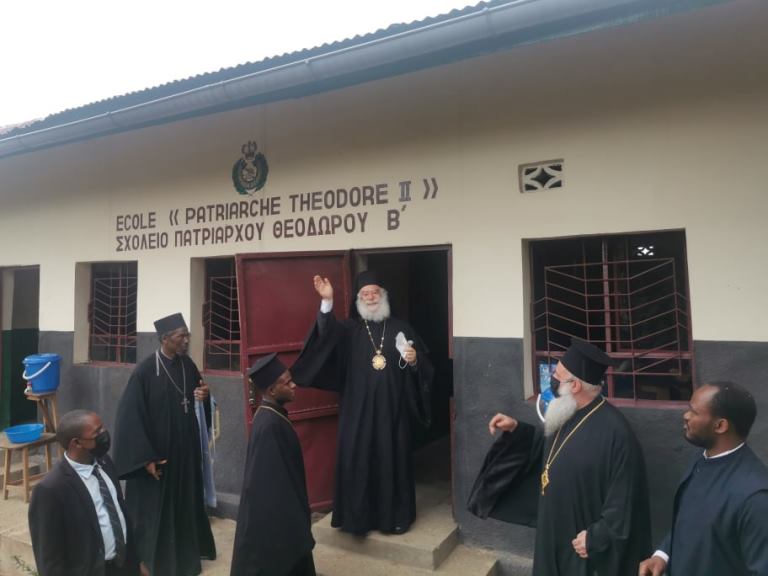 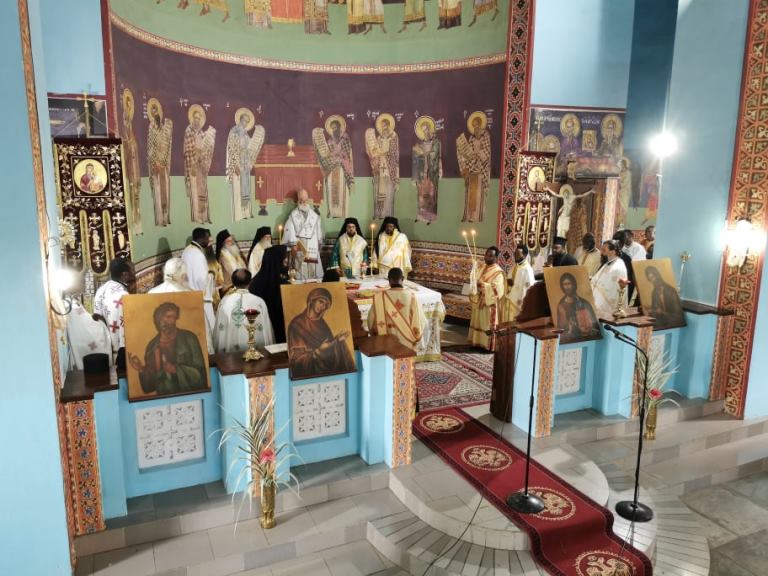 Abbot of the Mount Athos Monastery of Esphigmenou: Ukraine, for the faith of Christ and freedom