First pastoral visit of Patriarch of Serbia to Diocese of Nis

Patriarch Profirije of Serbia arrived in the first official visit to the Diocese of Nis since his election as the Primate of the Serbian Orthodox Church, in the afternoon on 23 April 2021.

The Patriarch was greeted by Bishop Arsenije of Nis, together with Bishop Ilarion of Timok, the clergy and the pious faithful people of the Diocese of Nis.

Then, in the honour of the Patriarch, a solemn act of doxology was served, which was officiated over by protosynchellos Nektarije (Djuric), with the concelebration of protopresbyter-staurophor  Milutin Timotijevic, Rector of the Theological Seminary “Saints Cyril and Methodius” in Nis; protopresbyter-staurophor Branislav Cincarevic, head of the Cathedral church in Nis; archpriest Miodrag Pavlovic, Diocesan Deputy of Nis I; archpriest Zlatko Vasilic, Diocesan Deputy of  Nis II; archpriest Predrag Radosavljevic, head of the Church of the Holy Emperor Constantine and Empress Helen in Nis; protodeacon Stevan Kricka and deacon Djordje Filipovic.

Patriarch Porfirije was greeted with an inspiring speech by Bishop Arsenije of Nis, who thanked the Patriarch for the fact that the Diocese of Nis is one of the first that he blessed with his visit.

In his greeting address, the Bishop especially pointed out that the Metropolitanate of Zagreb-Ljubljana, where Patriarch Porfirije sat before the election as the Primate of the Serbian Church, and the Diocese of Nis are connected by the Holy Confessor Dositej (Vasic), Metropolitan of Zagreb-Ljubljana and Bishop of Nis.

The Patriarch then greeted Bishop Arsnije and the spiritual children entrusted to him, over whom he has been watching prayerfully since coming to the throne of the Bishops of Nis in 2017.

The Patriarch said that from now on, the personal belongings of the Patriarch Irinej would occupy a special place in the Museum of Church Antiquities of the Diocese of Nis. 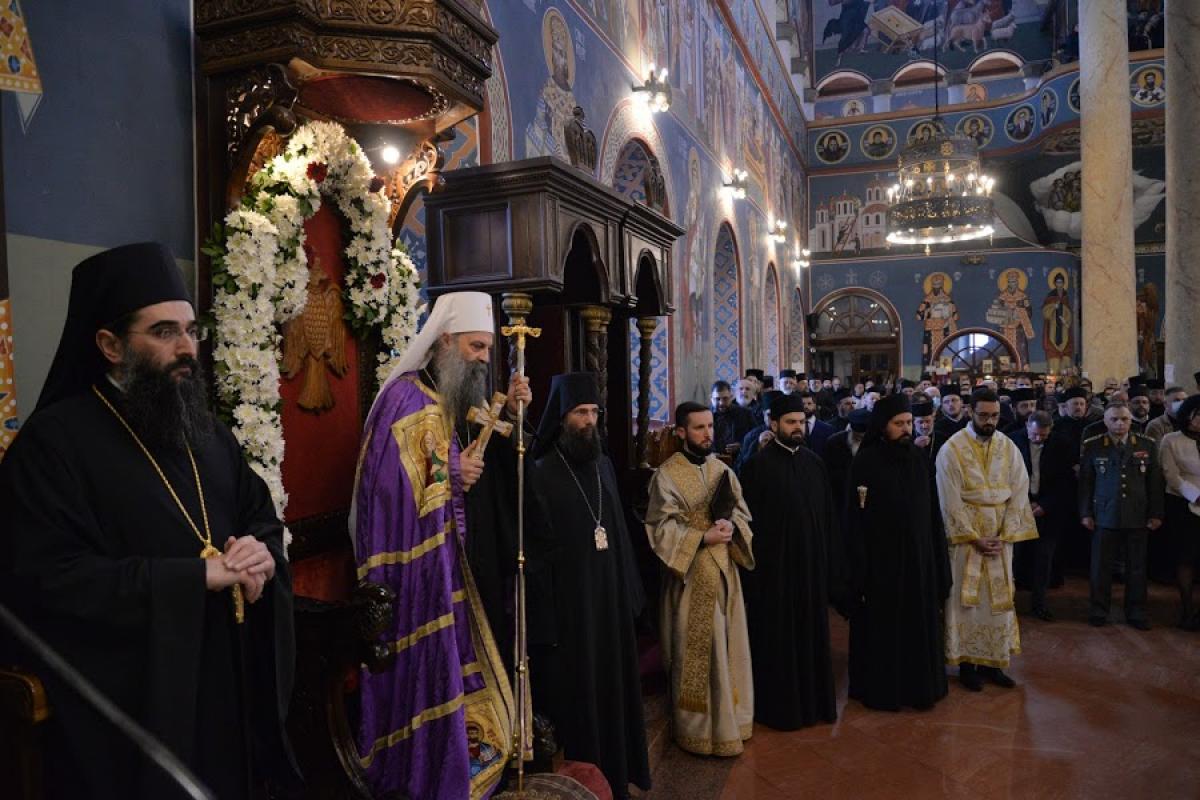 Patriarch of Serbia: Let us forgive all those who hate us with the Resurrection of Christ

Patriarch of Serbia: We are waiting for the fulfillment of His words, and they have already been fulfilled

Patriarch of Serbia: The Resurrection is a new creation, and a new birth for man

Ecumenical Patriarch Bartholomew gave a full-length interview to the Georgian channel TVFormula and journalist Giorgi Targamadze. The interview was...