November 13, 2022, is recorded as a joyful, but also historic day for the Orthodox Church of the fifth continent, when the first ordination of a clergyman of Ukrainian descent took place, following the recent decision of the Saced and Holy Synod of the Ecumenical Patriarchate to ecclesiastically include all Ukrainian parishes and communities into the Holy Archdiocese of Australia.

More specifically, on Sunday morning, on the feast of Saint John Chrysostom, His Eminence Archbishop Makarios of Australia officiated at the Church of the Holy Apostles, in Newcastle, New South Wales, where he also performed the ordination of Deacon Edward Waters as Presbyter. The new Presbyter, who comes from a family with Ukrainian roots, undertakes a new ministry to minister to the Orthodox faithful of Ukrainian descent residing in the city of Newcastle. At the beginning of his blessed ministry, he received paternal wishes from his Shepherd, but also valuable spiritual admonitions.

His Eminence Archbishop Makarios made an introductory reference to the synodal decision of the Ecumenical Patriarchate to grant autocephaly to the Church of Ukraine and then emphasised that “for the Orthodox Church, the existence of a schism in a country is not a reason to abandon a people and renounce our responsibilities before God and of history”. “In fact, the opposite”, he pointed out, explaining that “the existence of schisms is a motivation to find unifying and saving solutions for the people of God. This is exactly what the Ecumenical Patriarchate did, since for a full thirty years after the issue of schisms in Ukraine was raised, the Church of Moscow failed to heal the problem.”

Within the same framework, the Ecumenical Patriarchate included the Ukrainian parishes and communities of the fifth continent under the spiritual protection of the canonically established Archbishop of Australia, precisely so that there would be unity and an ecclesiastical authority, as defined by the Holy Canons of our Church. The next step, namely the ordination of the first clergyman of Ukrainian descent, was carried out as an act that is “practical evidence of our love and pastoral care for the Ukrainian people of Australia”, as His Eminence pointed out.

He also expressed the support of the whole of the local Church to the Ukrainian people who are currently being tested and to the Ukrainian diaspora in Australia, repeating, once again, that the ongoing war in their homeland “is unjust, immoral and anti-ecclesiastical”. “We have condemned it in the most formal way,” His Eminence added, as “for Orthodox Theology no war is blessed or justified, unless it is defensive.”

Then, addressing the person being ordained, the Archbishop declared convinced that he will make every effort to do the best he can for the Church and its people. A guarantee for this is the fact that, having studied the science of Dentistry and practicing the corresponding profession with great success, he chose to enter the priesthood not out of a need to make a living, but as an inner and spiritual dedication. “For you, the priesthood is an expression of your love for God and his Church”, His Eminence characteristically observed, respecting that the new Presbyter will be helped in his work by the many virtues he possesses and by the Godly upbringing he received in a deeply religious environment.

The admonishing speech of the Archbishop concluded with a fatherly exhortation to Fr. Edward: “Never forget that the Church considers you a person of unity. And I ask you to serve this unity until your last breath”. 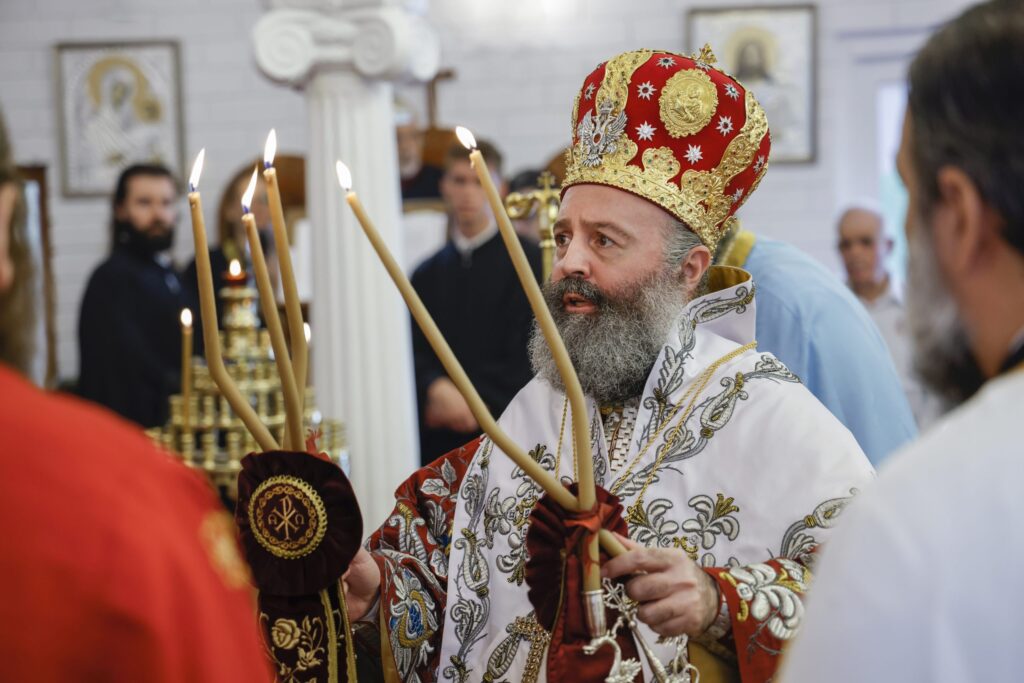 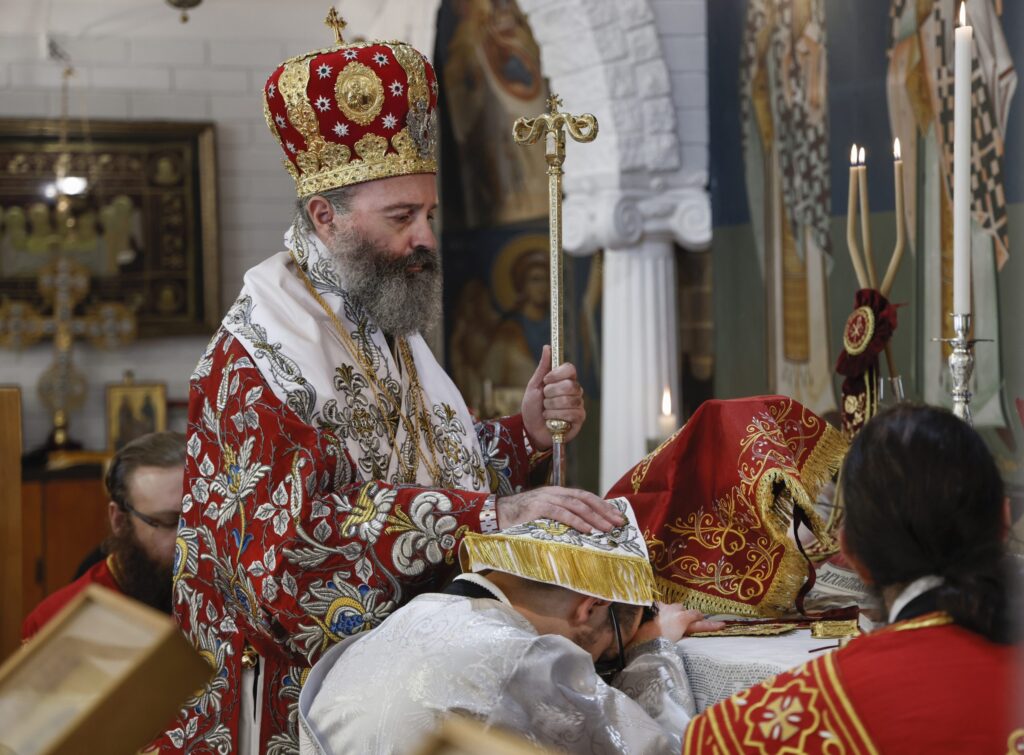 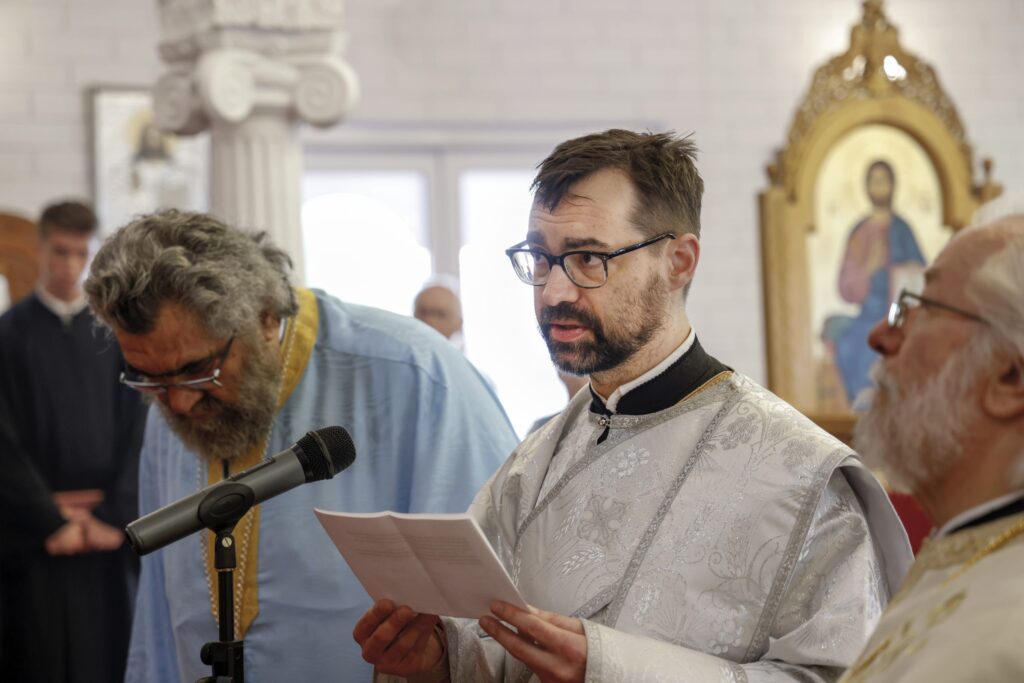