First anniversary of the enthronement of Archbishop of Australia

In an atmosphere of spiritual joy and with deep emotion, the Feast of Saints Peter and Paul, the Chief of the Apostles, and the first anniversary of the enthronement of Archbishop Makarios of Australia were celebrated in Sydney. This double celebration was combined with the promotion of a young, worthy and dearly beloved clergyman, Fr. Christophoros Krikelis to the second degree of the priesthood.

At the Cathedral of the Annunciation of our Lady Theotokos where, exactly one year ago, Archbishop Makarios ascended the archbishopric throne, on Monday morning, June 29, a Hierarchical Divine Liturgy was concelebrated with the participation of Metropolitan Seraphim of Sevasteia, Bishop Emilianos of Meloa and many priests from both Sydney and Melbourne, including the monastic community of the Holy Monastery of Panagia Pantanassa. The Archbishop received a large number of heartfelt wishes from the clergy and faithful who gathered in the church, while the chant “Worthy” was again heard, a year later, with even more enthusiasm.

At the same time, the clergy and the faithful exclaimed “Worthy” for Deacon Fr. Christophoros who, during the Divine Liturgy, was ordained a presbyter and also elevated to the rank of an Archimandrite. In his address, Fr. Christophoros, who is the Director of the Archbishop’s Office, first thanked God for allowing him to serve alongside Archbishop Makarios, recognising him to be “a good father who sacrifices himself daily for the Body of the Church.” Furthermore, he promised to live and be guided by the paternal words and example of the Archbishop, generously offering his love to the people. Deeply moved, he also thanked his parents, relatives and friends, as well as the priests who came from Melbourne to Sydney to be present for this important day for him.

In his speech, Archbishop Makarios extensively referred to the lives and works of the honoured Holy Apostles Peter and Paul, emphasising that “we are not just celebrating two great ecclesiastical personalities but two great heroes and fighters of the faith.”  “Real heroes, brilliant luminaries of the supersensual firmament, confessors of the truth, pioneers in spreading the message of the Gospel, witnesses of the faith and teachers of the universe,” he added.

Then, addressing paternal instructions to Fr. Christophoros, he urged him to have as a model in his life and priestly ministry, the two Chief Apostles and not to be afraid or cower before the difficulties and trials that he will confront. He also exhorted him to equip himself with the “weapons of faith” as he characteristically noted, and to live “the paroxysm of love,” that is, love that is not rationally interpreted. Pointing out that the challenge of the priesthood is to love when being judged and doubted, to forgive when you are wronged, and to do good when you are harmed, he begged Fr. Christophoros, “Help contemporary man come to know the person of Christ through this godly and apostolic attitude to life.” 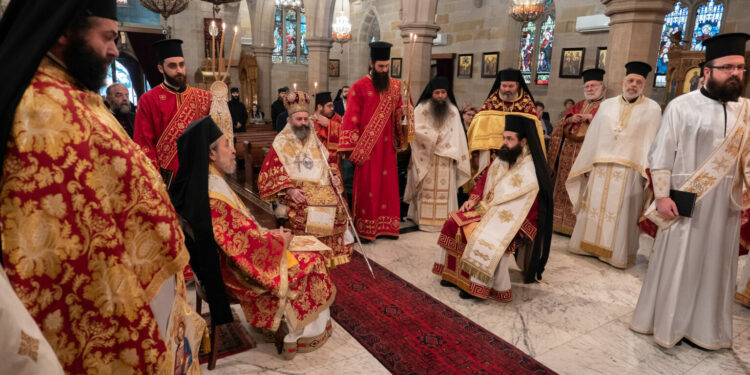 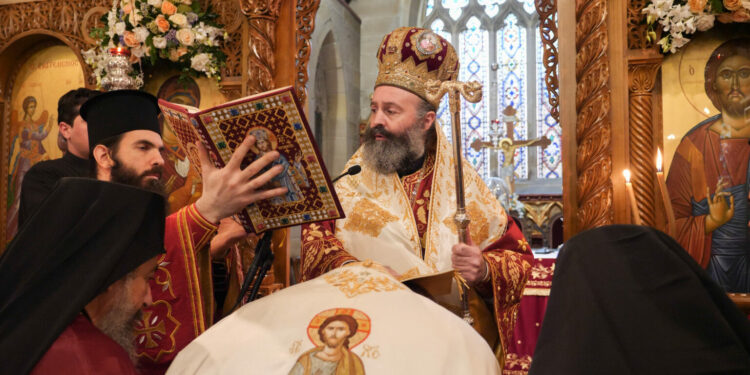 Archbishop of Australia: There is no place for hatred, discrimination, and anti-Semitism in our faith

Archbishop of Australia: Greek women and men made Australia their second home

Archbishop of Cyprus: We have such deep roots here that the conquerors will not be able to uproot us