Archbishop Makarios of Australia celebrated the Divine Liturgy at the Church of Saints Constantine and Helena in Newtown, Sydney.

The Divine Liturgy was celebrated with a limited number of believers, in accordance with the precautionary measures against the spread of the coronavirus pandemic.

Archbishop Makarios addressed the congregation and stressed that it would take days to describe the lives and accomplishments of Saints Constantine and Helena. He nevertheless focused on the important contribution of Constantine the Great to humanity.

He recalled that under Constantine the Great Sunday was adopted as a day of rest and that his successors had followed his example, as well as political leaders in Europe, America, Australia and almost worldwide. “They decided that Sunday would be a holiday. People would have the right to take their time, not to commit any sin but to worship God. Constantine the Great was the first who declared Sunday as a holiday,” the Archbishop pointed out in homily.

He also spoke of the  Edict of Milan, under which the persecution against Christians ended. He explained that the  Edict of Milan provided that every human being was free to believe and worship the God he wanted, in the way he wanted, as long as he did not harm his neighbour. Unfortunately, it is something that is not evident nowadays.

In conclusion, Archbishop Makarios of Australia referred to the decision of Constantine the Great to abolish the worship of the God-Emperor and to his baptism. 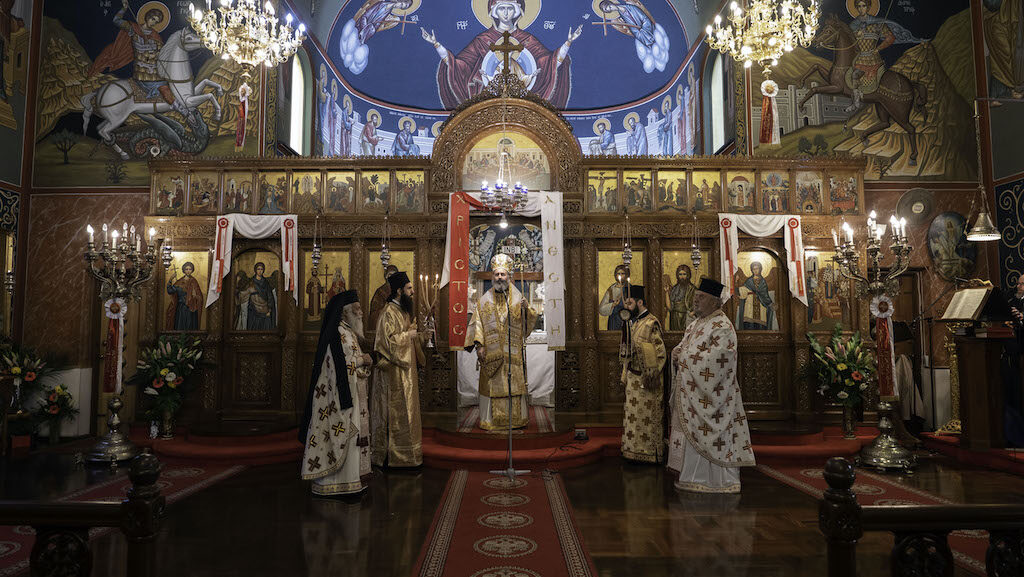 Archbishop of Australia: Strong ties between Cretans and Australians

Message of Archbishop of Australia on Genocide of Greeks of Pontus

Archbishop of Australia:  I cannot forget this day and I turn my mind with gratitude to Ecumenical Patriarch

The prayer in Hagia Sophia will be held, by Erdogan’s decision

A prayer will be held in Hagia Sophia tomorrow on the occasion of the Fall of Constantinople, Turkish President...

Turkish President Recep Tayyip Erdogan has officially presented the island of Plati (alt. Plateia), one of the Princes' Islands,...

US to donate 2.9 mln dollars for refugee unaccompanied minors

The US government's financial assistance to improve the living conditions of refugee unaccompanied minors and to support the islands...

Elder Damaskinos: How I became a monk on Mount Athos

Elder Damaskinos of the Holy Hut of Agioi Anargyroi in the holy hermitage of the Nativity of the Theotokos,...

As the breath which comes out of his nostrils, so does a man need humility and the fear of...

Patriarch Theodore prays for the complete elimination of the coronavirus pandemic

Patriarch Theodore wished today, from Alexandria, for the complete elimination of the coroncavirus pandemic, at the Holy Patriarchal Monastery...