Feast of Prophet Elisha at Patriarchate of Jerusalem

On Saturday, 27 June 2020, the Patriarchate of Jerusalem celebrated the commemoration of the Holy Prophet Elisha at the Holy Monastery dedicated to him in Jericho, next to the sycamore tree of Zacchaeus.

On this day the Church commemorates the Holy Prophet Elisha according to the testimony of the Old Testament, in the Books of Kings. He was called to the ministry of God by Prophet Elijah and having been anointed a Prophet by God’s command, he followed Elijah for the rest of his life-time and was deemed worthy by God of the gift to work miracles.

By the divine power given to him, he turned the bitter harmful waters by the foot of Sarantarion Mount “of Jericho into sweet and drinkable and worked many signs and marvels, finally gaining double the grace of Prophet Elijah, which was sent down to him from on high, when Elijah was lifted up in the fiery chariot. Elijah threw down his fleece to Elisha, and he received it along with the double grace, stepped on the fleece and walked on the waters of the river Jordan to cross to the other side”.

In this Monastery, the Divine Liturgy was officiated by Patriarch of Jerusalem Theophilos, with co-celebrants their Eminences; Metropolitan Kyriakos of Nazareth, Archbishop Aristarchos of Constantina, Metropolitan Joachim of Helenoupolis, the Hagiotaphite Hieromonks; the Hegoumen of Beit Jala Archimandrite Ignatios, the Hegumen of Hozeva Archimandrite Constantine,  Archimandrite Onuphrios of Sarantarion Mount, and the Hegoumen of Saint Gerasimos Archimandrite Chrysostomos. Participants in prayer were also the Hegumen of the Monastery of St. John the Baptist Archimandrite Bartholomew, Archdeacon Mark and Hierodeacons Eulogios and Simeon. The service was attended by the members of the parish of Jericho. 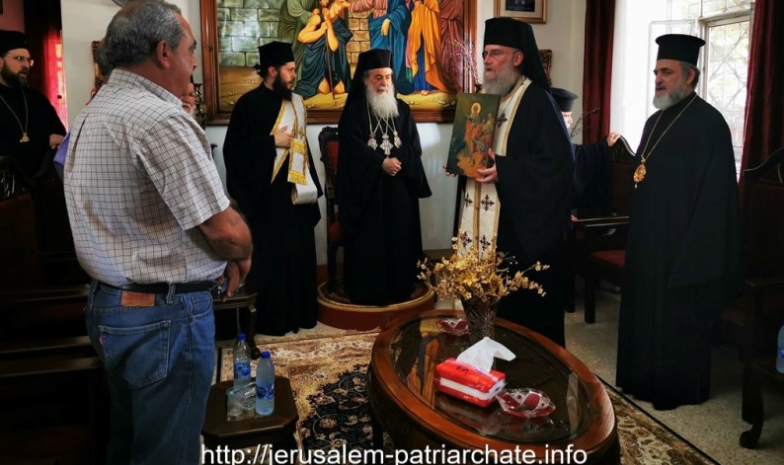 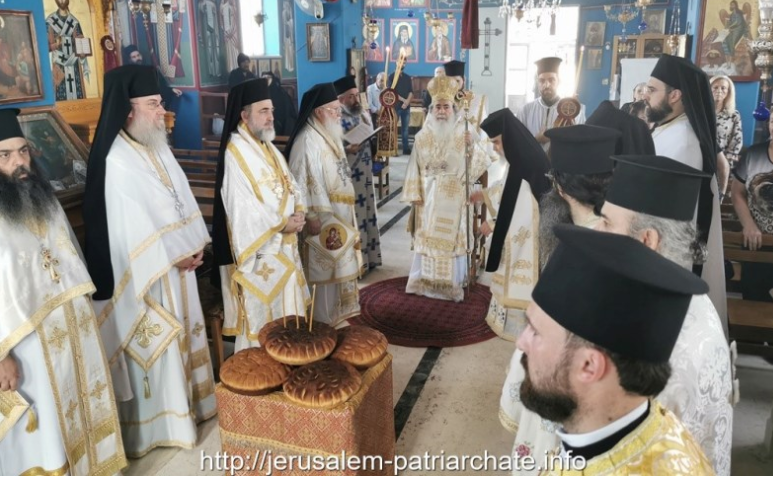 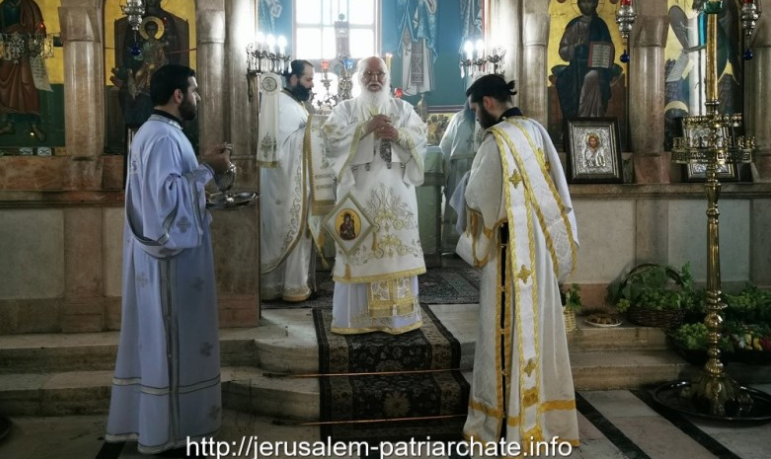 The local synod of the Metropolis of Transylvania announced the two nominees for the next bishop of the Diocese...