On Sunday, October 3, 2021, the first Sunday after the Exaltation of the Holy Cross, this feast was celebrated again at the Holy Monastery of the Cross, near the Jewish Knesset, in West Jerusalem.

The order of the Church of Jerusalem celebrates the feast of the Exaltation of the Holy Cross in this Monastery one week after the actual feast date, due to the old ecclesiastical tradition that Lot planted there the three-composed wood of palm, cypress and cedar branches, from which the Cross of our Lord Jesus Christ was made, and on which He willingly suffered for the remission of our sins.

The Patriarchate kept the famous Higher School of Theology in this Monastery between the years 1845-1909, from which established scientists, clergy and laity graduated.

At the Ancient Church of the Monastery, which is decorated with wonderful murals and mosaic floor, the feast was celebrated with Vespers on Saturday afternoon and the Divine Liturgy on Sunday morning by Archbishop Theodosios of Sebastia with the co-celebration of the Hagiotaphite Archimandrites Mattheos, Meletios, and the representative of MISSIA Archimandrite Dometios and Archdeacon Mark.

The chanting was delivered by Archimandrite Eusebius and the services were attended by many faithful Christians from Jerusalem and the occupied territories, as well as the Consul General of Greece in Jerusalem, Evangelos Vlioras.

During the Divine Liturgy, Patriarch Theophilos of Jerusalem visited the Monastery for veneration.

The Divine Liturgy was followed by the service of the Exaltation of the Holy Cross at the place where Lot had planted the wood, which is now a chapel behind the Holy Altar of the main Church.

After the Service of the Exaltation, at noon, the Hegoumen, Archbishop Philoumenos of Pella, offered a meal to the Patriarch, the Consul General and others. 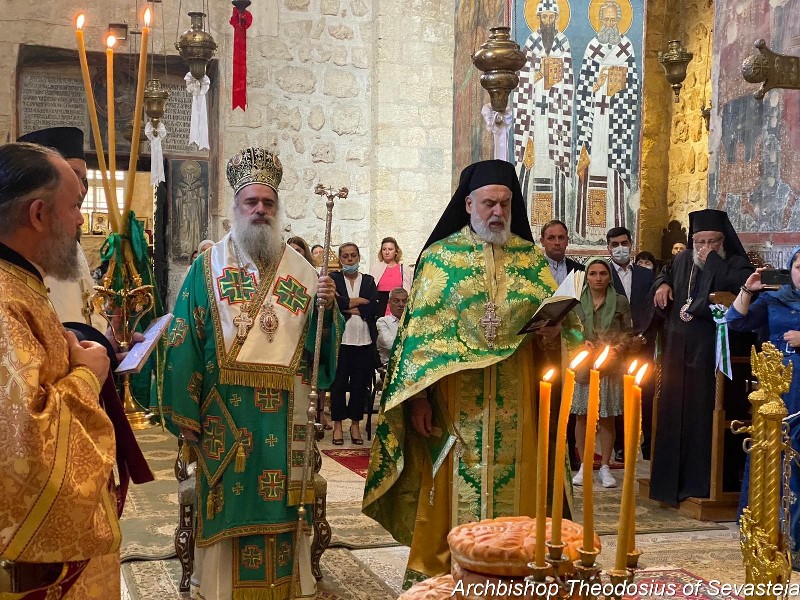 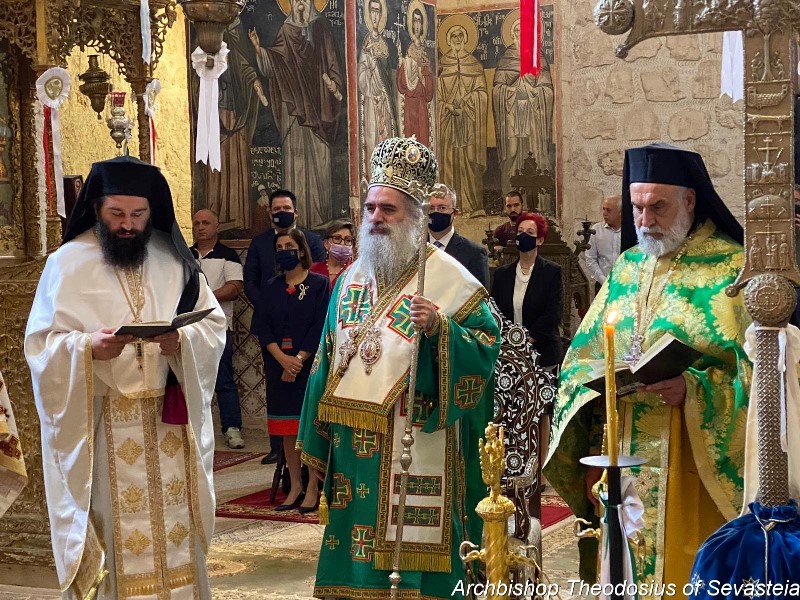 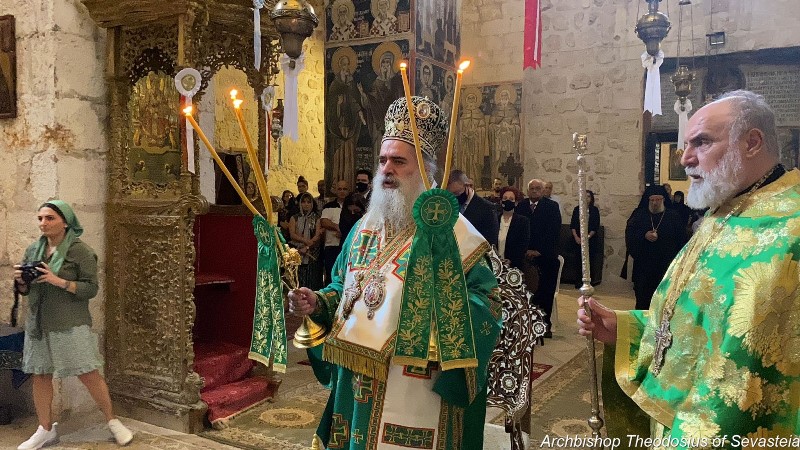 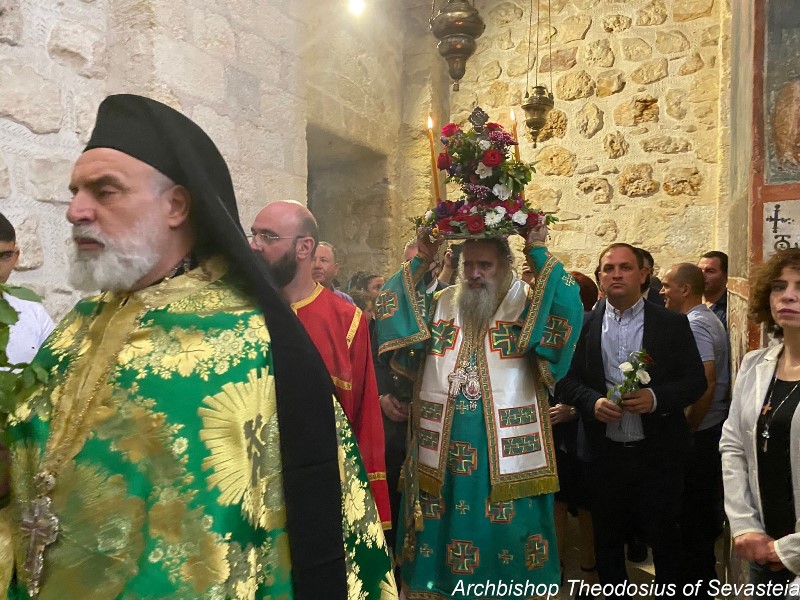 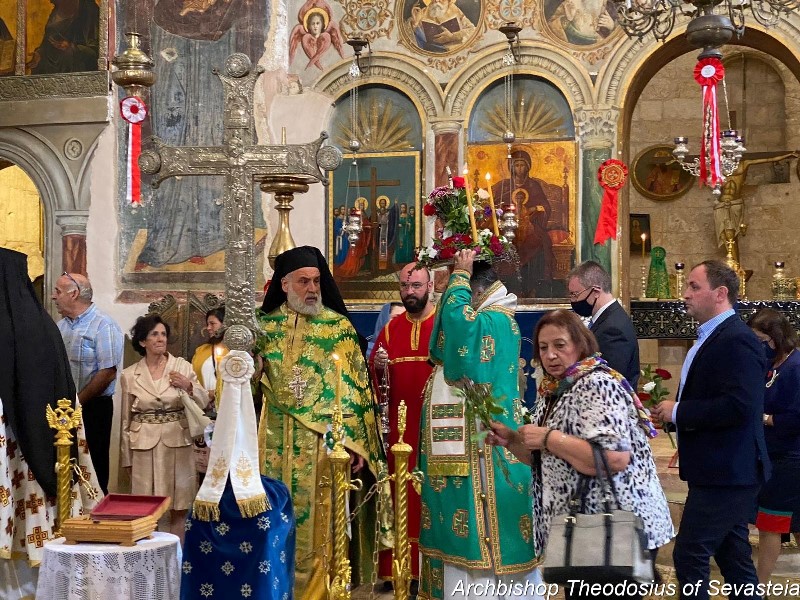