Feast day of Saints Helen and Constantine was celebrated in Adelaide

Established in 1883, Broken Hill is Australia’s longest-lived mining city. It was founded after the discovery of one of the world’s largest ore bodies containing silver, lead and zinc. The original “broken hill” after which the city received its name was a part of this ore body and has since been mined away.

In 1933 Broken Hill was the third-largest city in NSW, with a population of 26,000. Its population peaked in the 1970s at around 30,000 but has since shrunk significantly due to the increased automation of the mining operations. The population currently stands at around 17,000, and the town suffers from many of the socio-economic problems that result from a declining population. The locals say that change and improvement is on the horizon, as is the case also with the presence of the Orthodox church in this remote and isolated inland mining city.

Situated in the Barrier Range in western outback of NSW, Broken Hill is only 43km from the border with South Australia and is less than half the distance to Adelaide than it is to Sydney (517km vs 1,148km respectively). As a result, the people of Broken Hill often identify more closely with South Australia than with New South Wales. Broken Hill’s first direct rail link was with Adelaide, and it was used to transport ore from the mine to the smelters at Port Pirie. As this was the only rail link in service when the States adopted standard time zones, Broken Hill adopted Central Standard Time rather than Eastern Standard Time as its time zone. Broken Hill is also considered part of SA for the purposes of calculating parcel shipping rates.

Due to its close socio-economic affinity with Adelaide and Port Pirie, a number of Orthodox in these cities have connections with the few Greeks that live in Broken Hill. As a result of these connections, the Archepiscopal Vicar of the Archdiocesan District of Adelaide, Bishop Silouan of Sinope, has taken an interest in the pastoral oversight of this frontier city. Without a permanent priest, these faithful would have to travel 300km South to Mildura (regional Victoria) or more commonly to Adelaide, the closest metropolitan centre and a key location for the people of Broken Hill.

As Broken Hill is “only” 3.5 hours from Renmark (which is 3 hours from Adelaide), the Bishop deliberately timed his first missionary trip to the Broken Hill to coincide with the feast of Ss Constantine and Helen – the patron Saint of the parish at Renmark. With a small missionary team that included Fr Jeremy Krieg (CEO, Greek Welfare Centre) and Mr Theodoros Dalianas (secretary of the District of Adelaide and chanter), the Bishop arrived at Renmark on Friday evening and officiated at the festal Vespers, which was concelebrated by Fr Jeremy and the parish priest Fr Dimitrios Moraitis. This was followed by the Orthros and Divine Liturgy for the feast on Saturday morning, where the worshippers were also joined by the newly installed priest from Mildura (140km from Renmark) Fr Nickolaos Katsantonis and a busload of his parishioners. Another busload of pilgrims from Adelaide were also in attendance. The Bishop spoke appropriately about the piety of the saints we commemorate, reflecting upon the hymns of the Church that liken St Constantine to St Paul (as both received their calling directly from God and not from human beings). He exhorted the faithful to emulate them by following God’s calling in our own lives.

After the luncheon hosted by the committee and philoptochos of Saints Constantine and Helen, the missionary team made its way to Broken Hill. The 3.5-hour trip included a short-cut of 200km over unsealed roads, through some sparsely vegetated regions of outback SA and NSW, and really gave the team a feel (albeit very small) for what some of the missionaries in Africa must face. The team arrived in Broken Hill and set up for Saturday evening Vespers in the hall of the local Roman Catholic cathedral. In a sure sign of their enthusiasm, a number of the locals were already present and waiting to be let in once the missionary team arrived. Vespers was conducted by Fr Jeremy in front of a dozen attendees, whom the Bishop addressed and welcomed to tea and coffee after the service. The Bishop was even able to offer the Mystery of Confession/Repentance to the faithful – one of whom hadn’t had the opportunity to confess for decades. The locals also availed themselves of the bookstore display that was brought by the missionary team.

The next day was the regular Matins and Divine Liturgy and the response was even greater, with up to 20 locals in attendance including our host from the Roman Catholic archdiocese, and a young mother with her four children. All stayed for tea, coffee and nibbles after the service (with some of the locals even bringing their own contributions to the common table at short notice) and the gathering was joined by some members of the Indian (Jacobite) Church (part of the Coptic communion) who happened to be walking past and noticed the service. The Bishop spoke with the locals who seemed keen to have a priest return to their city a few times per year and collected details so that they could be contacted next time they return. As a final task, the team also went to the local cemetery where the Bishop was able to perform the Trisagion service for some of the departed faithful who would not have had that blessing for many years (or indeed possibly never). And with that, the team set off on the 6-hour journey home to Adelaide.

In all, it was a rewarding journey for the missionaries, who were overcome by the warm reception of the locals. It is a long journey ahead for the local church in Broken Hill but at last it has started. 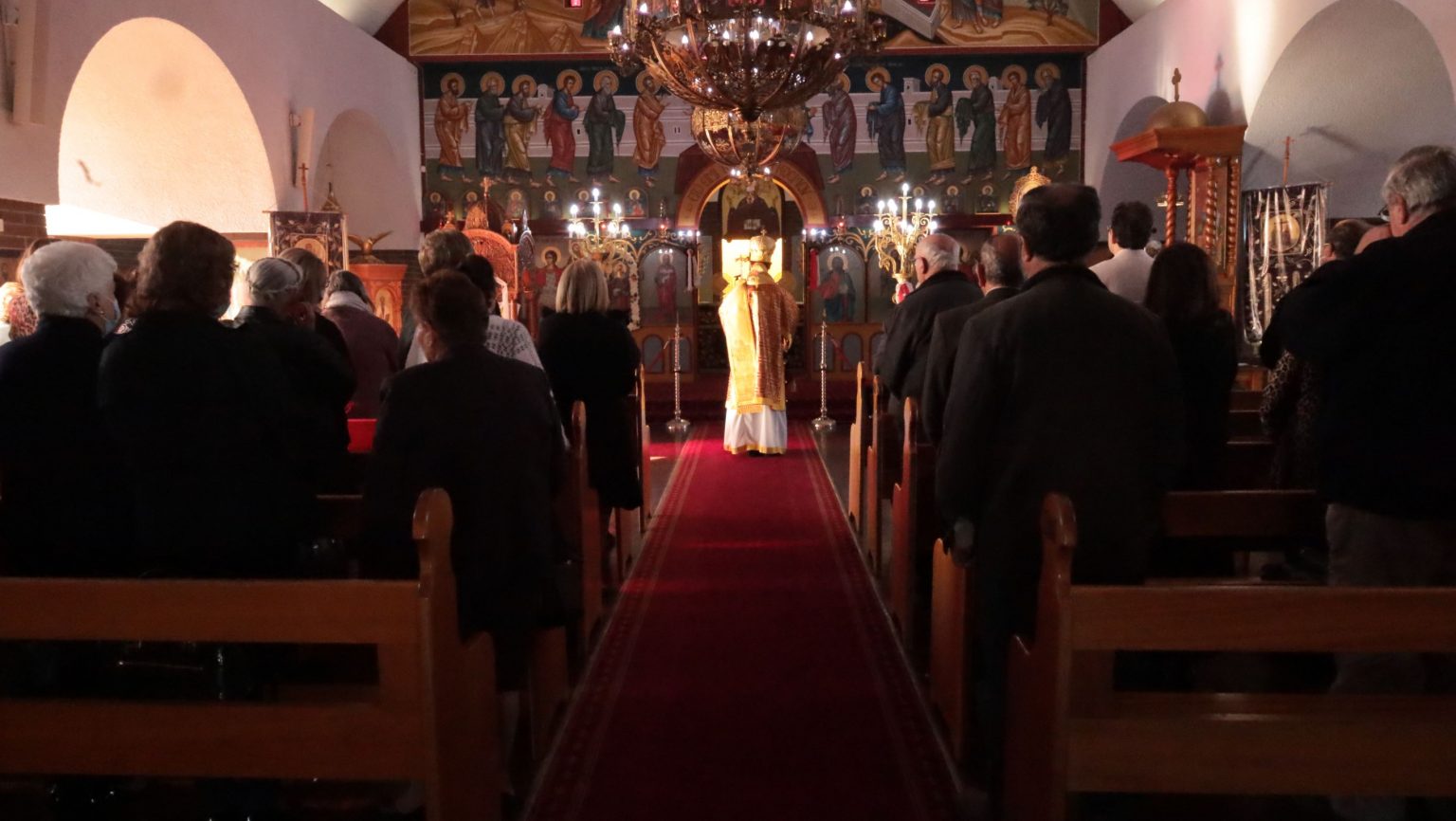 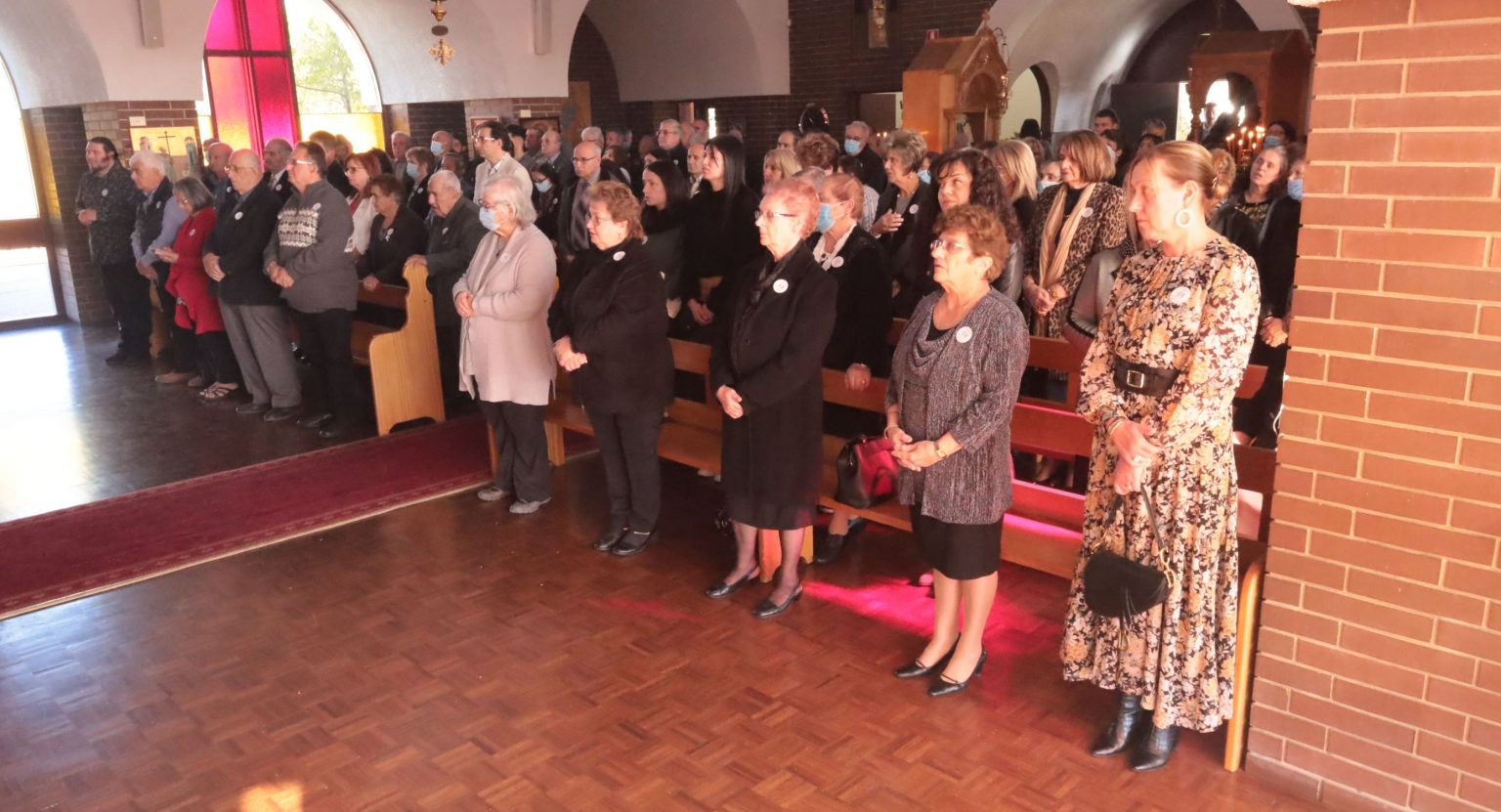 Feast of Saint John the Russian and Confessor