The exhibition “Les Combats des Grecs – Papiers Peints, Philhellenic decoration in Italian mansions” will take place from October 16 to November 7, 2021, at the municipal exhibition space “Magazzino 26” and is co-organized by the Greek Consulate General in Trieste and the municipality of Trieste.

The exhibition presents one of the most complete series of panoramic painted wallpapers (“papiers peints”), entitled “The Battles of the Greeks” (Les Combats des Grecs), which was released in 1828 by Zuber, a famous French manufactory.

The replica of the panoramic “The Battles of the Greeks” that will be presented is one of the three original series preserved in private collections in northern Italy, an area where French painted wallpapers were a very popular art of decorating mansions (palazzi) in the 19th century.

The release of the panoramic on the subject of the Greek Revolution, with episodes from the struggles of the Greeks, testifies to the pro-Greek climate that prevailed in Europe at that time.

It was the first time that the famous industry released a modern theme with political implications, different from the hitherto themes, that is, the classical landscapes.

In fact, the son of the industrialist Zuber was an active member of the Philhellenic Movement of Mulhouse, Alsace, where the company is still based.

According to a relevant announcement, on the occasion of the celebration of the 200th anniversary of the Greek Revolution, the exhibition will try to enliven the history and personalities of the period.

The spectacular panoramic representation and other works of art from Italian and Greek collections, such as lithographs, paintings and objects, highlight the impact of the Greek Revolution on circles in northern Italy, especially in Trieste, a city with special ties to the Greek community, where the oldest Consulate of Modern Greek State was founded in 1830.

The Benaki Museum, under the coordination of Art Consultant Olympia Pappas, who also curated the exhibition, will publish for the first time a bilingual edition in Italian and Greek, dedicated to the history, construction, placement and marketability of the wallpapers “Les Combats des Grecs.”

The exhibition is under the auspices of the Greece 2021 Committee. 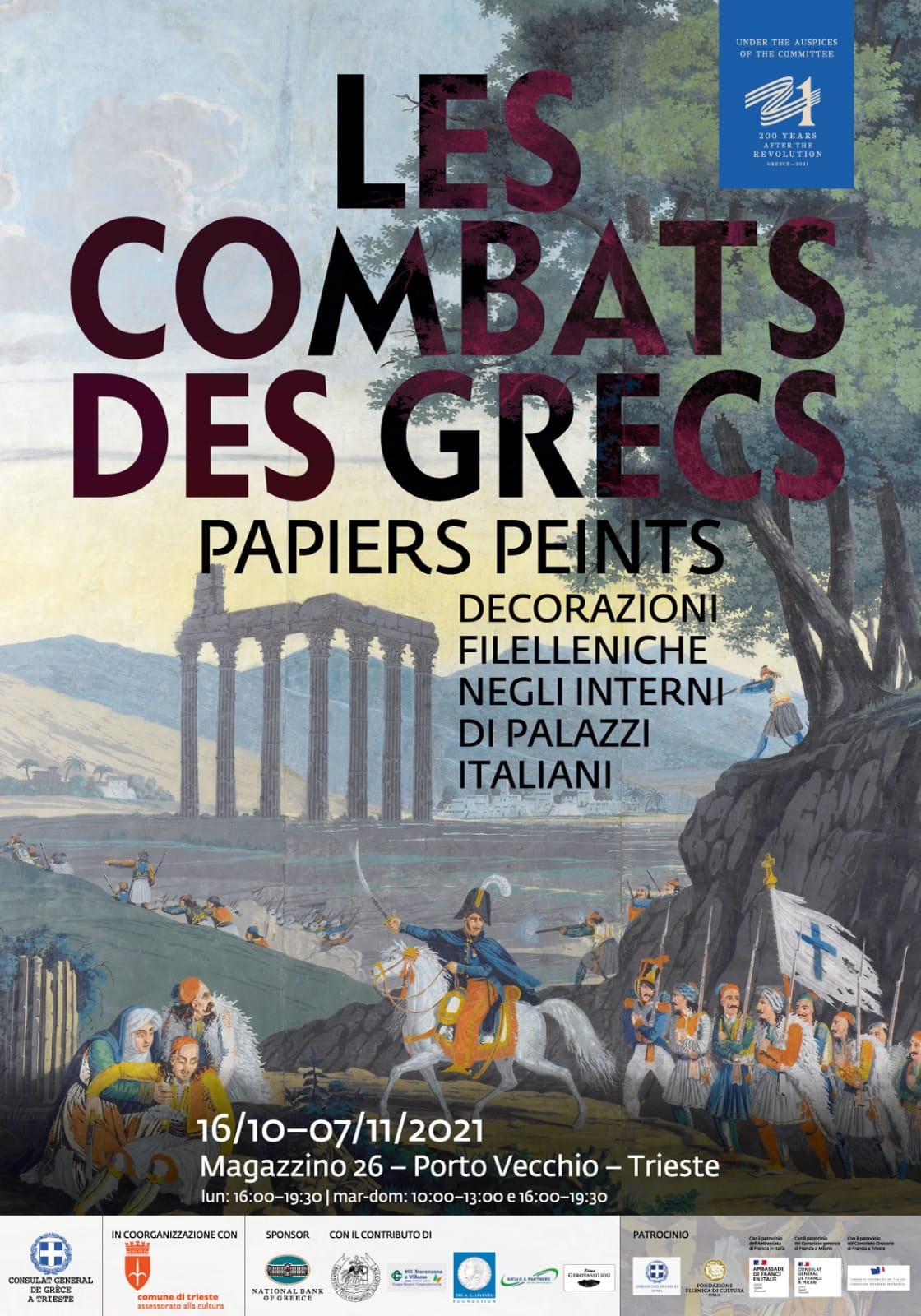 The Times: The case for returning the Elgin Marbles to Athens has become compelling

Greek Carols for the New Year – The Kalanta Tradition

Greek FM to travel to Washington, to sign mutual defence agreement on Thursday

Maintaining the traditions and customs of the first Greek settlers that arrived on the American continent, St. Photios National...

Abbot Bartholomew: At least 40 monks lost their lives because they were not vaccinated

The Abbot of the Monastery of Esfigmenos, Elder Bartholomew commented on the fact that despite 40 monks of Mount...

Solemn Archieratical Vespers on the feast of St. Makarios of Egypt, a feast on which Archbishop Makarios of Australia...

Feast of Saint Hilary Bishop of Poitiers was celebrated in Belgium

The feast of Saint Hilary Bishop of Poitiers was celebrated by the School of Byzantine Music and Chanting Art...

Bishop of Toplica at the Saint Sava Cathedral

Bishop Jerotej of Toplica, the Vicar of the Serbian Patriarch, officiated the Holy Hierarchical Liturgy at the Saint Sava...