EXCLUSIVE: Shocking images from the meeting room where vitriol was thrown to Metropolitans

After the unprecedented attack received by seven metropolitans in the meeting room of the Holy Synod in the Petraki monastery, everyone seems to be gradually resuming work without irreparable damage to their health.

Seven Metropolitans, a secretary (archimandrite), two lawyers and a policeman were attacked this afternoon at the Petraki Monastery, Athens during a meeting of the Synodal Court.

These are the Metropolitan of Goumenisis, Glyfada, Kassandria, Drinoupoleos, Artis, Kifissia and Zakynthos, mostly with burns on their hands and face.

The most seriously injured is the secretary of the Committee of the Court of Appeal, archimandrite Sevastianos Somarakis.

The attacker, an ex priest Theofylaktos Kombos remains in custody and according to information, at the time of the attack, he was under the influence of sedative pills.

The Ecumenical Patriarch and other leaders of the Orthodox Churches had contact with the Archbishop of Athens, as well as the President of the Republic, and the Greek Prime Minister.

The security measures in the synod building from today will be much higher as in the Archdiocese of Athens.

The accused of the attack with caustic liquid was tried yesterday for his involvement in a drug case and the synodal court imposed the sentence of dismissal.

It should be noted that in second-degree cases the clergy is tried with seven metropolitans in the composition of the court and a secretary.

In the exclusive photos of orthodoxtimes.com, you see the seat of the synodal court and the destruction caused to furniture and documents by the strong caustic liquid. 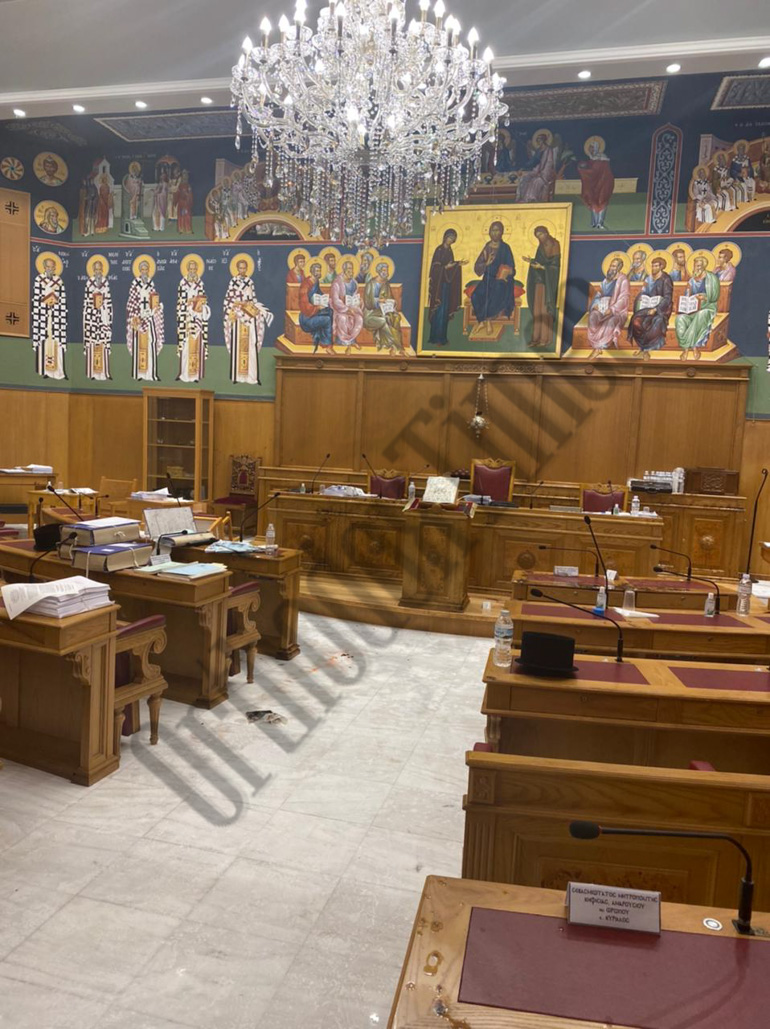 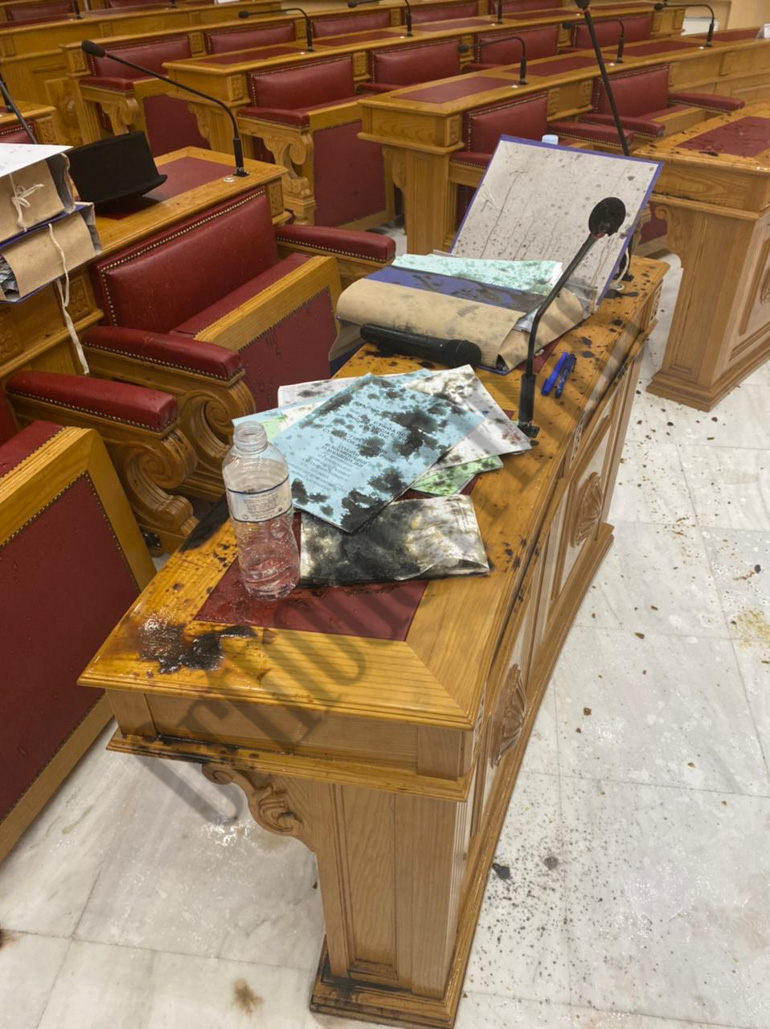 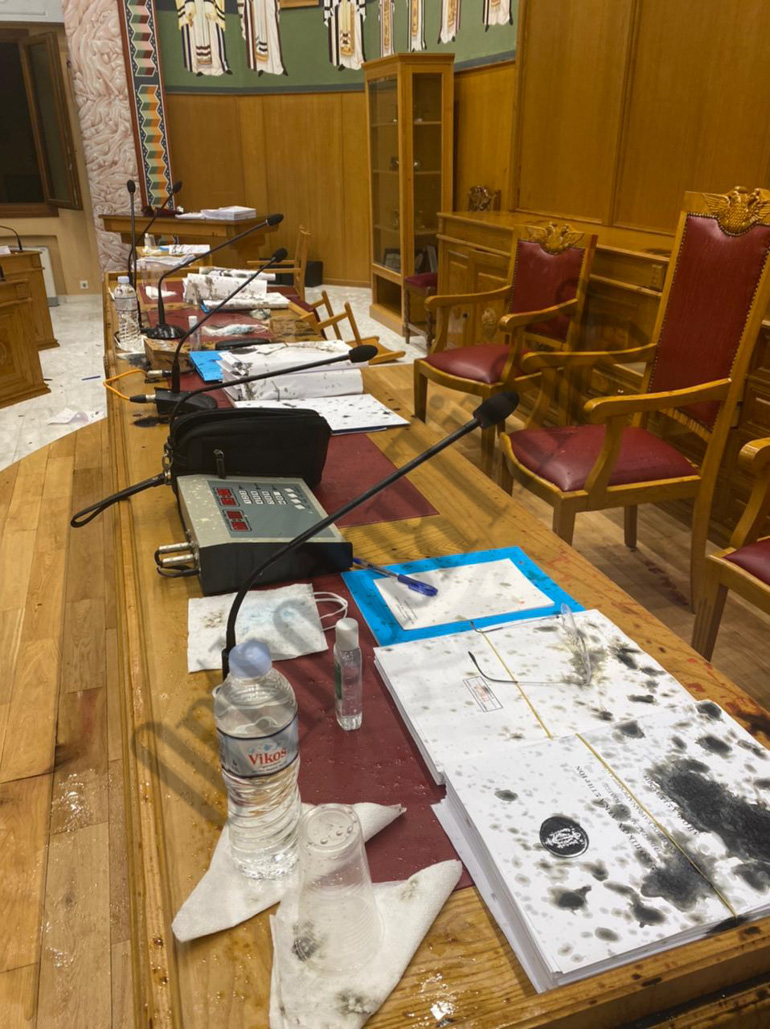 Metropolitan of Larissa: I have heard incredible things about the vaccine

Archbishop of Athens: I wish you to discover your talents

Seven nuns from Meteora with coronavirus at the Larissa Hospital

Standing Holy Synod of Greece: Investigations and possible imposition of sentences to Metropolitans of Kythera and Aetolia

Metropolitan of Peristeri reposed in the Lord (upd)