The office of Protopresbyter of the Ecumenical Throne was received by Father Dimitri Kokkinos, Proistamenos of the Holy Church of Saint Ioannis, in the Sydney suburb of Parramatta, through the hands of Archbishop Makarios of Australia, with the permission and blessing of the Ecumenical Patriarch Bartholomew.

This is the highest office awarded to a married clergyman by the Mother Church, in recognition of the consistency, conscientiousness, and devotion with which the honored clergyman serves the people of God.

Indeed, as noted by Archbishop Makarios after the elevation, which took place at the end of the Hierarchical Divine Liturgy, on Sunday, 15 January 2023, Father Dimitri Kokkinos is a very blessed clergyman, who performs his duties with much love, humility, and prudence. “Already, from the first moment I arrived in Australia, I distinguished your personality and gifts”, emphasized Archbishop Makarios, addressing the honored cleric, thanking him wholeheartedly for everything he has offered to the Church during his many years of ministry, but above all, for the good and righteous witness he gives to the faithful through the example of his life.

The Archbishop also thanked the family of Father Dimitri, for the support they provide him during his difficult task, while he also asked the new Protopresbyter of the Ecumenical Throne to continue his ministry “with the same love, the same humility, and the same prudence, simply, humbly and quietly as you have been doing until now, for the glory of Christ, our Ecumenical Patriarchate and our Holy Archdiocese”.

Concluding his speech, Archbishop Makarios focused on the gospel reading of the day, which presents the healing of the ten lepers. As described by the Evangelist Luke, ten people who were lepers were cleansed and healed by Christ, but only one returned to glorify God. The remaining nine, after receiving the gift of healing, turned away and disappeared. Focusing on this Gospel reading, the Archbishop urged the faithful to show their gratitude, both to God and to their fellow human beings, for the good works and gifts they receive.

For his part, Father Dimitri addressed his Shepherd with great emotion, thanking him, first of all, for the love he shows to the Holy Clergy and to the People of the Holy Archdiocese of Australia. He particularly emphasized the paternal concern possessed by Archbishop Makarios, so that all priests and faithful in Australia acquire a genuine spirituality.

Also, citing the testimonies of people who have met and experienced the Ecumenical Patriarch, Father Dimitri noted that he is a man of prayer, with a lot of love and with a lot of simplicity, but, at the same time, he is also an enlightened Patriarch. “I read various encyclicals that he sent to us,” he pointed out, “and I am quite relieved that he emphasizes justice, love, peace, and the sanctity of the human person. In the last encyclical he issued for Christmas, he dared to say that it is unacceptable for representatives of the Church to preach fanaticism and fan the flames of hatred. Because he is enlightened, because he has discernment, like you, he does not support fanaticism.” 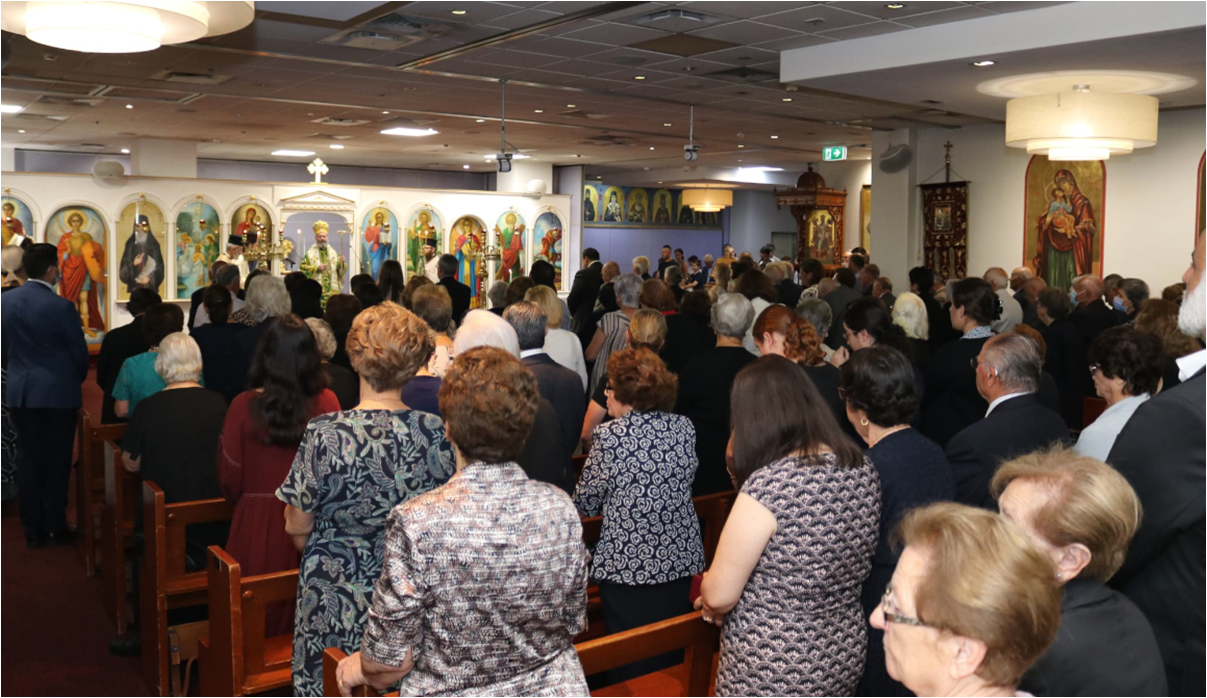