The great feast of the Holy Transfiguration of our Lord God and Savior Jesus Christ was celebrated in a reverential atmosphere, on Proti (Kınalıada), one of the Princes’ Islands, where Ecumenical Patriarch Bartholomew officiated at the Divine Liturgy held at the eponymous Patriarchal and Stavropegian Monastery of the island.

The Ecumenical Patriarch referred to the renovation and upgrade works of the existing facilities of “Paidoupolis” (playground), which are carried out with the care of the Patriarchate and the assistance of ecclesiastical communities of Constantinople. 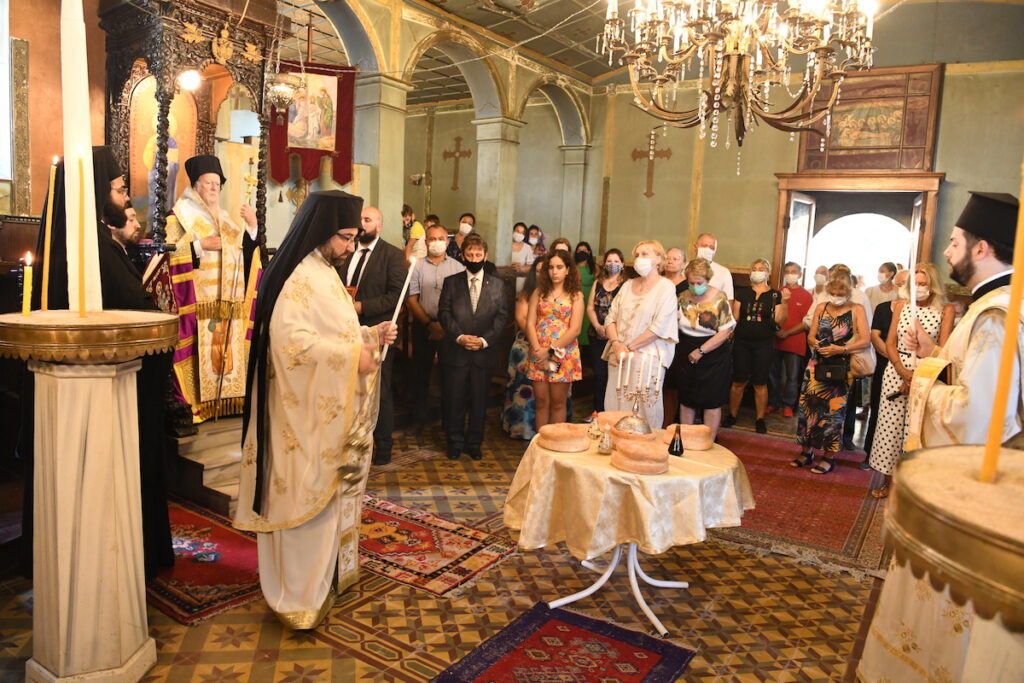 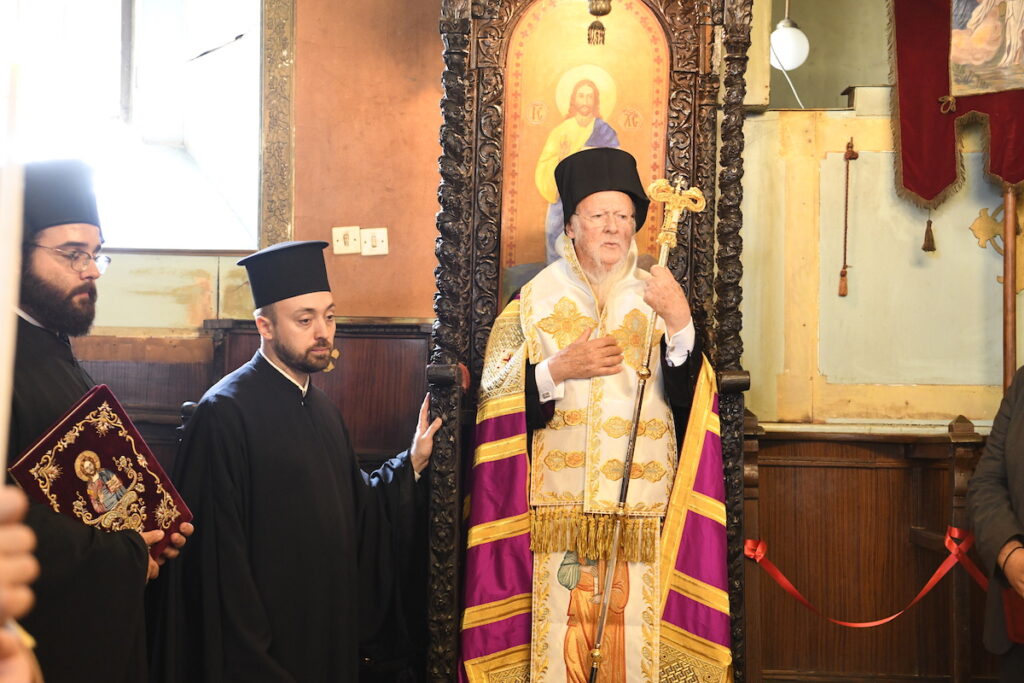 “All this is done out of love and affection for our children. Everything is done out of Greek stubbornness, Greek sense of honor, not to stop the fight. I wrote in a text of mine these last days, that the struggle continues; the struggle for survival; the struggle for the continuation of our habits, customs and traditions. The struggle of Romiosyni in our Constantinople must be continuous, permanent and eternal. Conditions may change, we may have, both as persons and as a Nation, as Romiosyni, as Hellenism, sorrows, bitterness, disappointments. We overcome them. We continue with prayer, determination and with our head erect.

Among the better things we expect, is the removal of the characterization of many of our vakoufia, which are around 25, as occupied, and among them are the Monasteries of the Princes’ Islands. It is an unfair measure, which has been taken by the government authorities for decades, and I always wonder which were the criteria. This is also a deprivation of one of our democratic rights. Many times we knocked on the doors of the competent ministers, and every time we left full of promises that remain unfulfilled.” 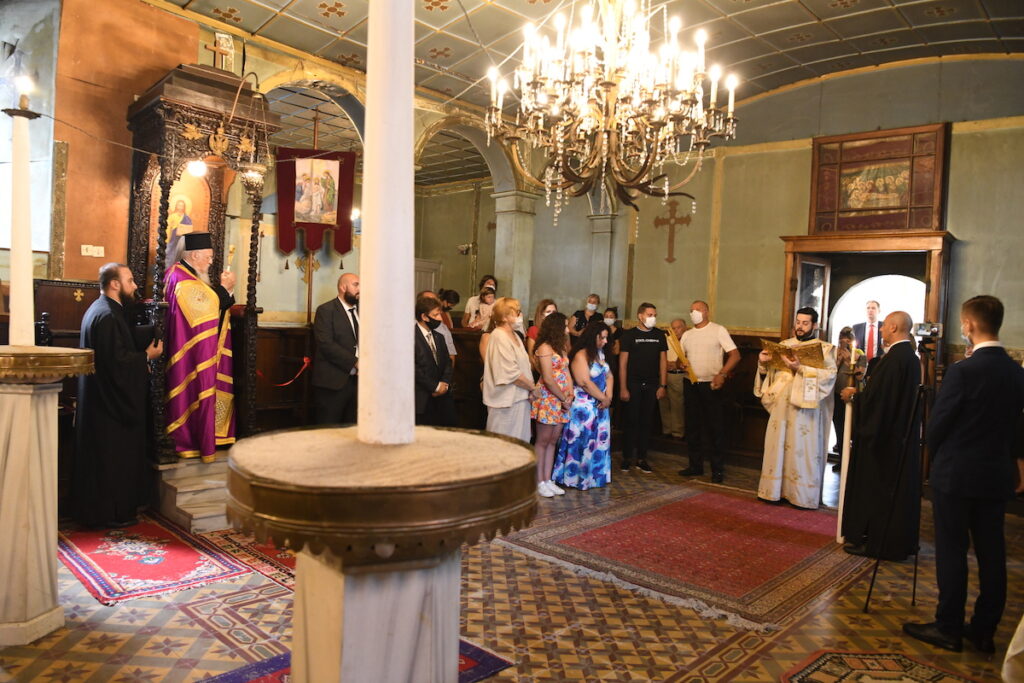 The Patriarch then conveyed the blessings of the Mother Church to those present, invoking the grace of the Transfigured Lord and wishing all “Good Panagia.” He referred to the great Mother of God Feast of the Dormition of Our Most Holy Lady, the Theotokos, which is characterized as the Summer Pascha.

“It is a day of mourning according to our human criteria, however it is a day of joy because Her body was transferred to the heavens and from there She unceasingly advocates the whole human race. On this great day of Christianity, I will personally be in my birthblace, Imbros,” Ecumenical Patriarch Bartholomew said and reminded that Tenedos belonged to the Metropolis of Mytilene ecclesiastically until the Treaty of Lausanne. 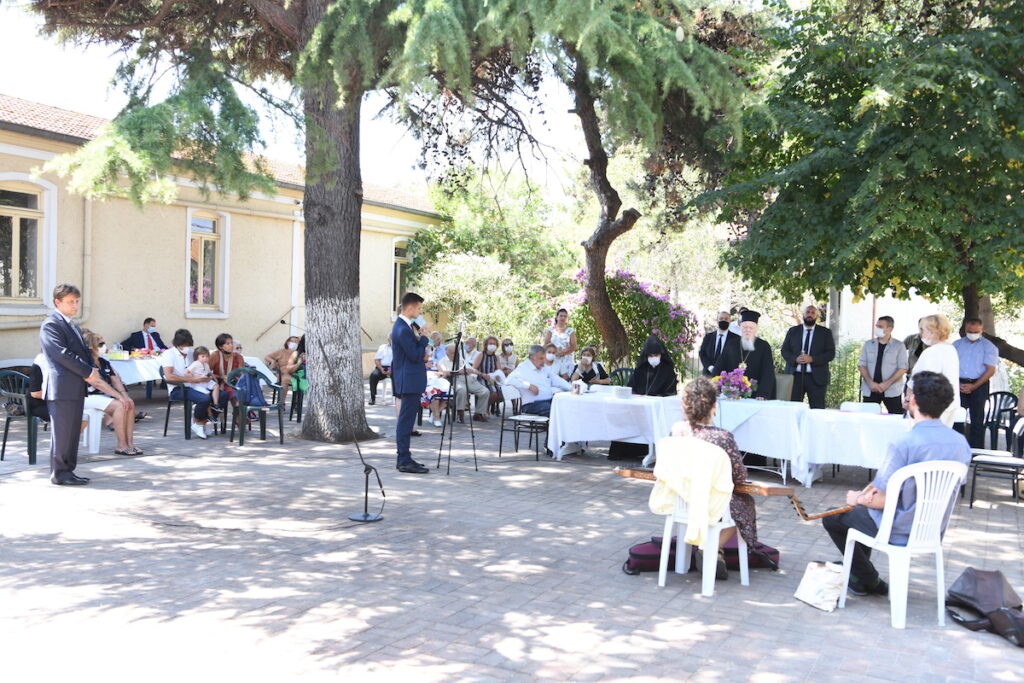 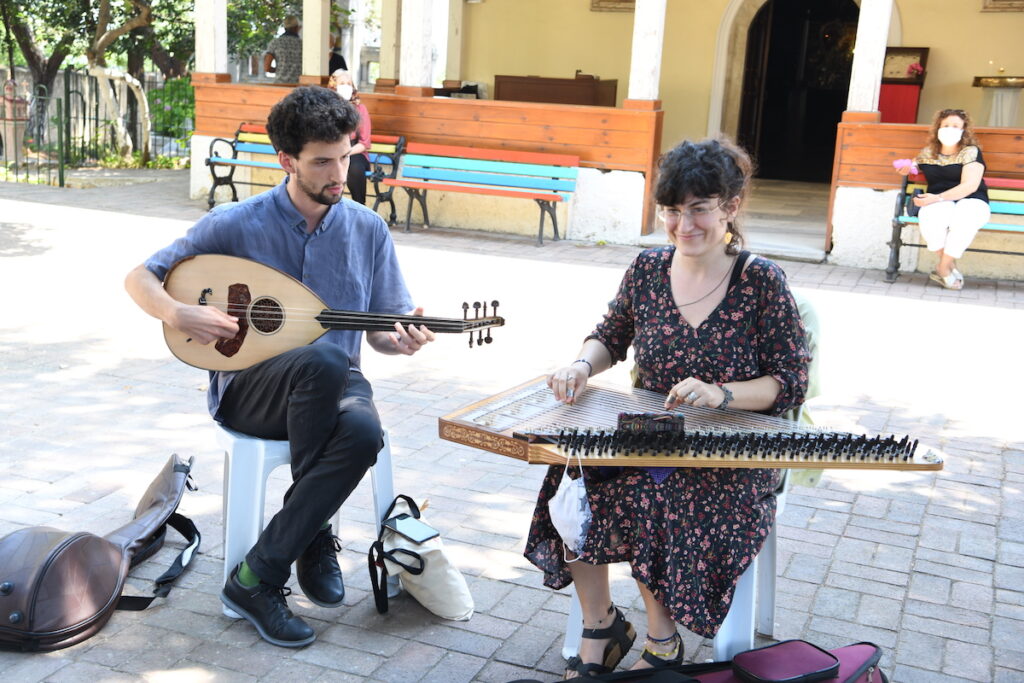 On the occasion, he referred to the re-performance of the Feast of the Monastery of Panagia Soumela, which had been suspended after 2015 due to the restoration works carried out.

“As we all know, this year, after the completion of the systematic and long-term renovation works, the Divine Liturgy will be celebrated again in Panagia Soumela, in this Palladium of Orthodoxy, which is the great pilgrimage of our Pontian brothers, on the mountains of Pontus. I decided this year not to go in person, but to ask three Metropolitan brothers to hold the service and the feast. I predict that there will be an influx of believers and I wish it with all my heart.”

Concluding his speech, the Ecumenical Patriarch said that on August 23, on the Apodosis, nine days after the Dormition, he will go to Erdek (Artaki of Kyzikos), where he will perform the Divine Liturgy in the ruins of the Monastery of Panagia Faneromeni, as has been the case since 2015. 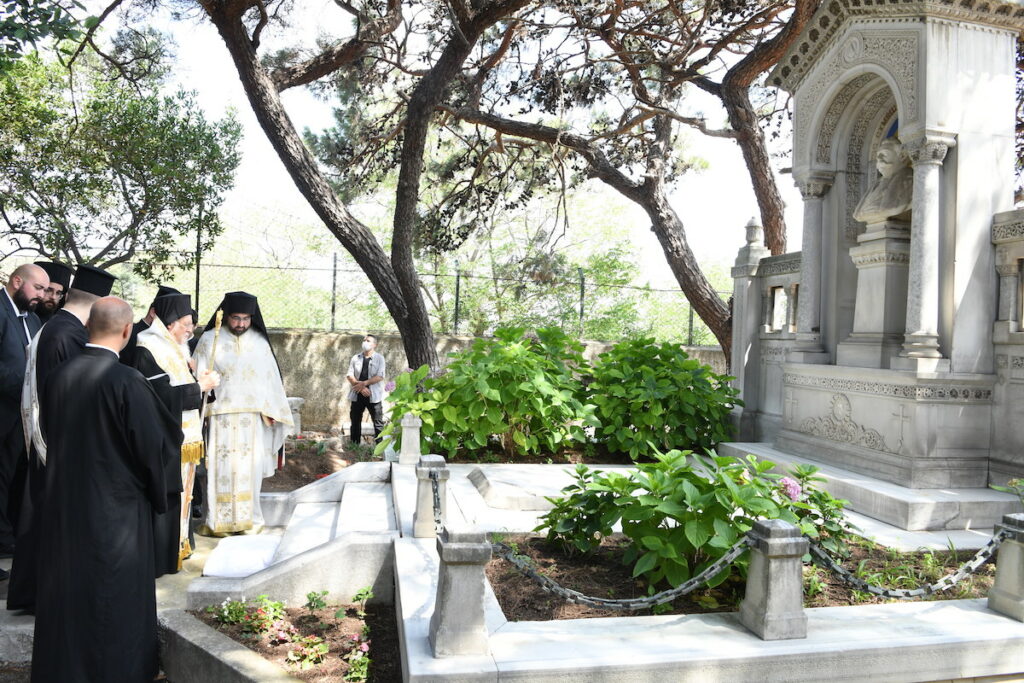 Lebanon returned to Greece two 18th-century icons depicting Jesus and the Virgin Mary, which were seized during an auction...

Students at Holy Cross Greek Orthodox School of Theology have several new opportunities to broaden their intellectual and spiritual...

Metropolitan of Sweden met the Ambassador of Cyprus in Stockholm

The Ambassador of Cyprus in Stockholm Sotos Liasidis visited on January 19, 2021 the recently renovated Cathedral of St....