The historic visit of Ecumenical Patriarch Bartholomew to Ukraine ended on August 24. It took place at the invitation of Ukrainian President Volodymyr Zelensky and Metropolitan Epifaniy of Kyiv and All Ukraine.

All those involved in the visit stressed the great productivity of the Ecumenical Patriarch, who despite his old age worked all day during his visit, which lasted a little over 3 days.

During this time Ecumenical Patriarch Bartholomew participated in 30 events, spoke to hundreds of people, among them political and religious figures, veterans, children who have lost their parents in the war, everyday faithful and clergy.

Along with Metropolitan Epifaniy, the Ecumenical Patriarch officiated the Divine Liturgy in Hagia Sophia Cathedral in Kyiv. It was attended by more than 15,000 priests and faithful from all over Ukraine.

Even more were those who watched the service on television or online. The response of the Ukrainian faithful to this Divine Liturgy proved that most of them were looking forward to his visit with great joy and were proud of the fact that such a renowned figure visited Ukraine.

At the same time, through his statements and the performance of the Divine Liturgy, the Ecumenical Patriarch sent the clear message that the Orthodox Church of Ukraine is now a complete Local Autocephalous Church.

This message has been received both inside and outside Ukraine and the results of this understanding are expected to be seen in the near future.

During his visit to Ukraine, the Ecumenical Patriarch met the president and the prime minister of the country. The meetings took place in a very friendly atmosphere, the heads of state made the Patriarch aware that he is an expected and well-received visitor.

During the large military parade in Kyiv on August 24, the Ecumenical Patriarch sat near President Volodymyr Zelensky, next to heads of state and the heads of the Ukrainian leadership.

Despite the fact that the Ecumenical Patriarch suffered from a cold, which was caused by the air conditioner on the plane on his way to Ukraine, he followed the long program throughout the visit.

He stood up during the military parade, did not cancel any speeches or participation, even those that took place late at night, he answered patiently to those who asked him questions and many times he asked questions about things that interested him.

Prior to the visit, officials from the Russian Orthodox Church in Ukraine held a series of events aimed at canceling the visit.

The culmination of these events was the large cross-procession/litany in Kyiv on July 27 which, while taking place to celebrate the Baptism of Rus’, a portion of the participants turned this religious event into a protest against the visit of the Patriarch.

During the visit, the Russian Orthodox Church in Ukraine and its affiliated organization “Miriani” tried to undermine the visit with protests without achieving anything other than creating impressions for the pro-Russian media.

The visit achieved 100% of its goals, no event was canceled, the Ecumenical Patriarch visited all the planned events.

The visit of Ecumenical Patriarch Bartholomew to Ukraine is already considered historic and a new chapter is expected to open for the Church of Ukraine. 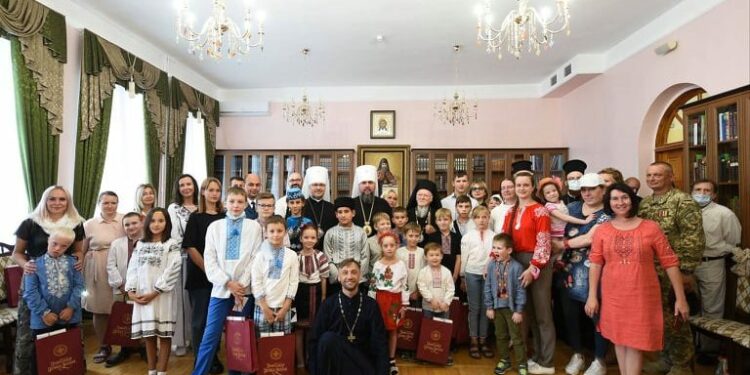 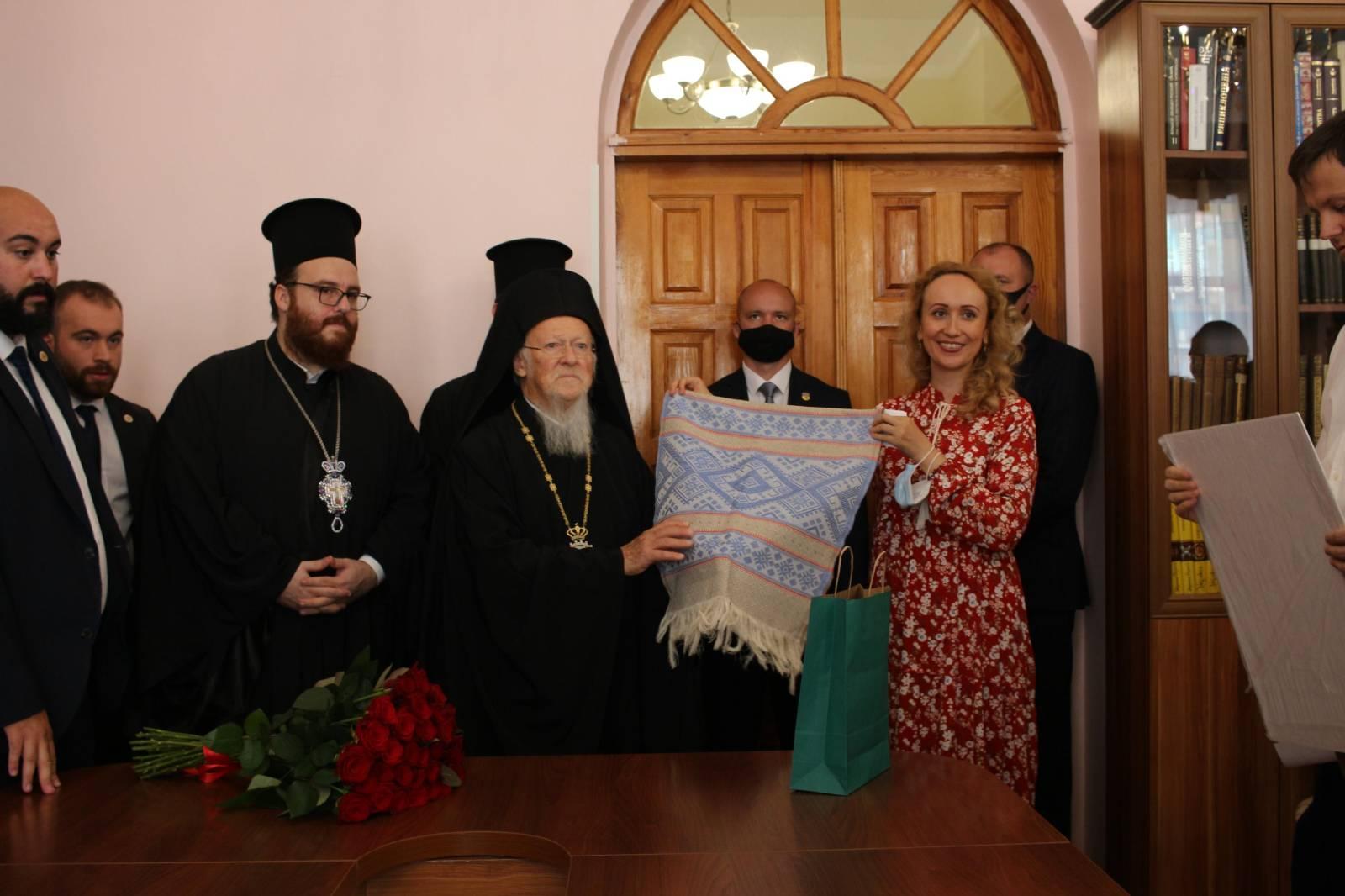 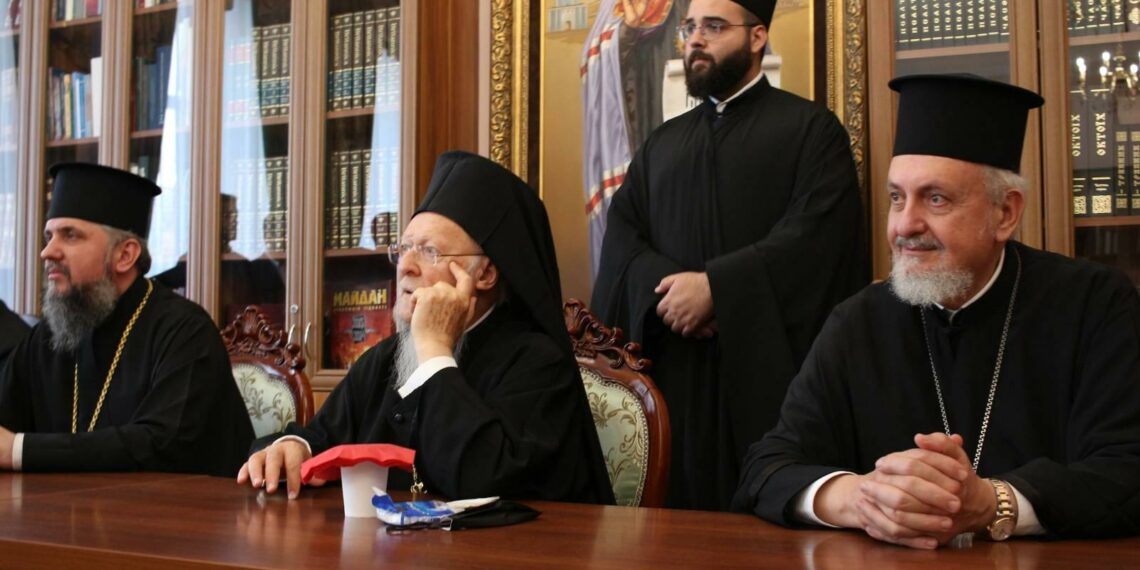 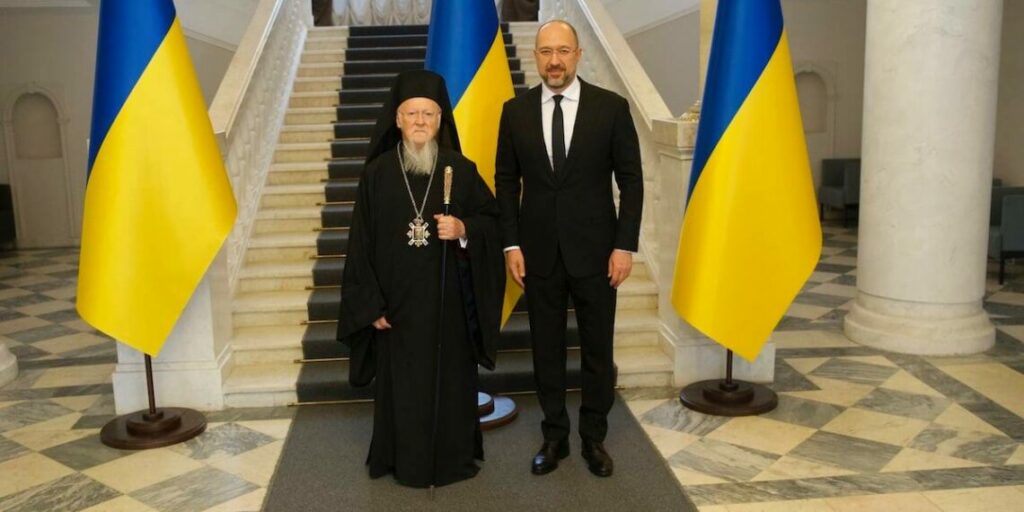 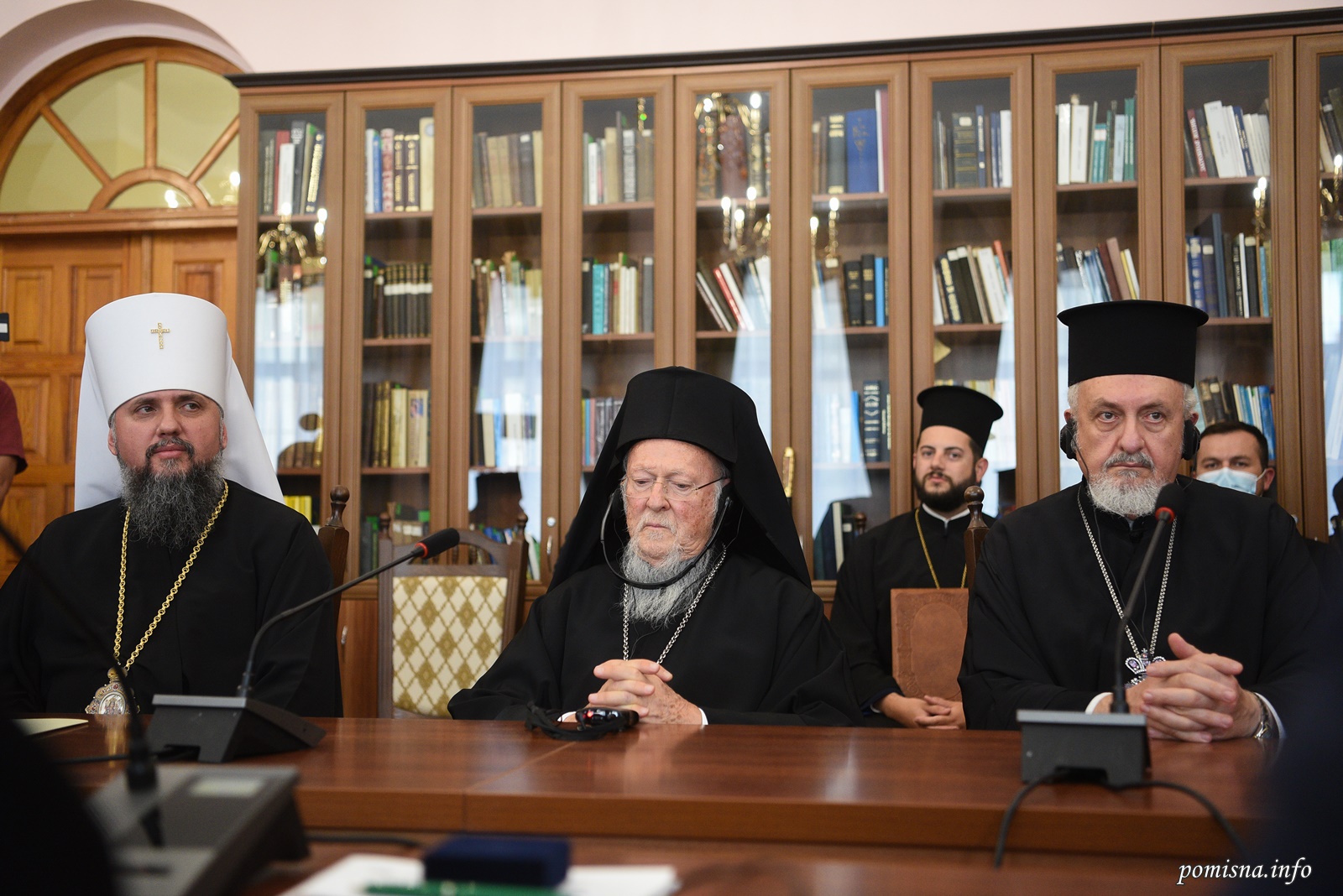 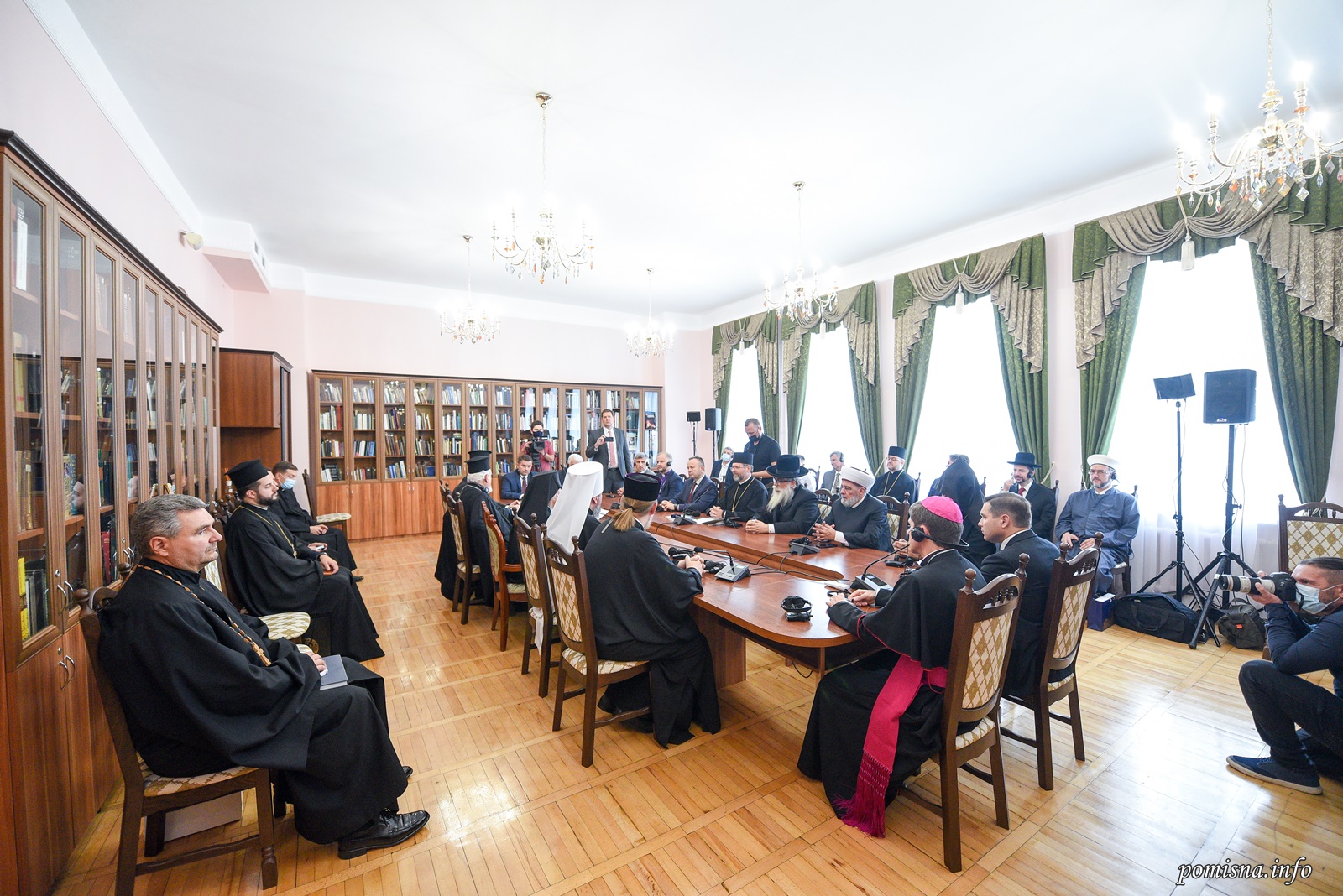 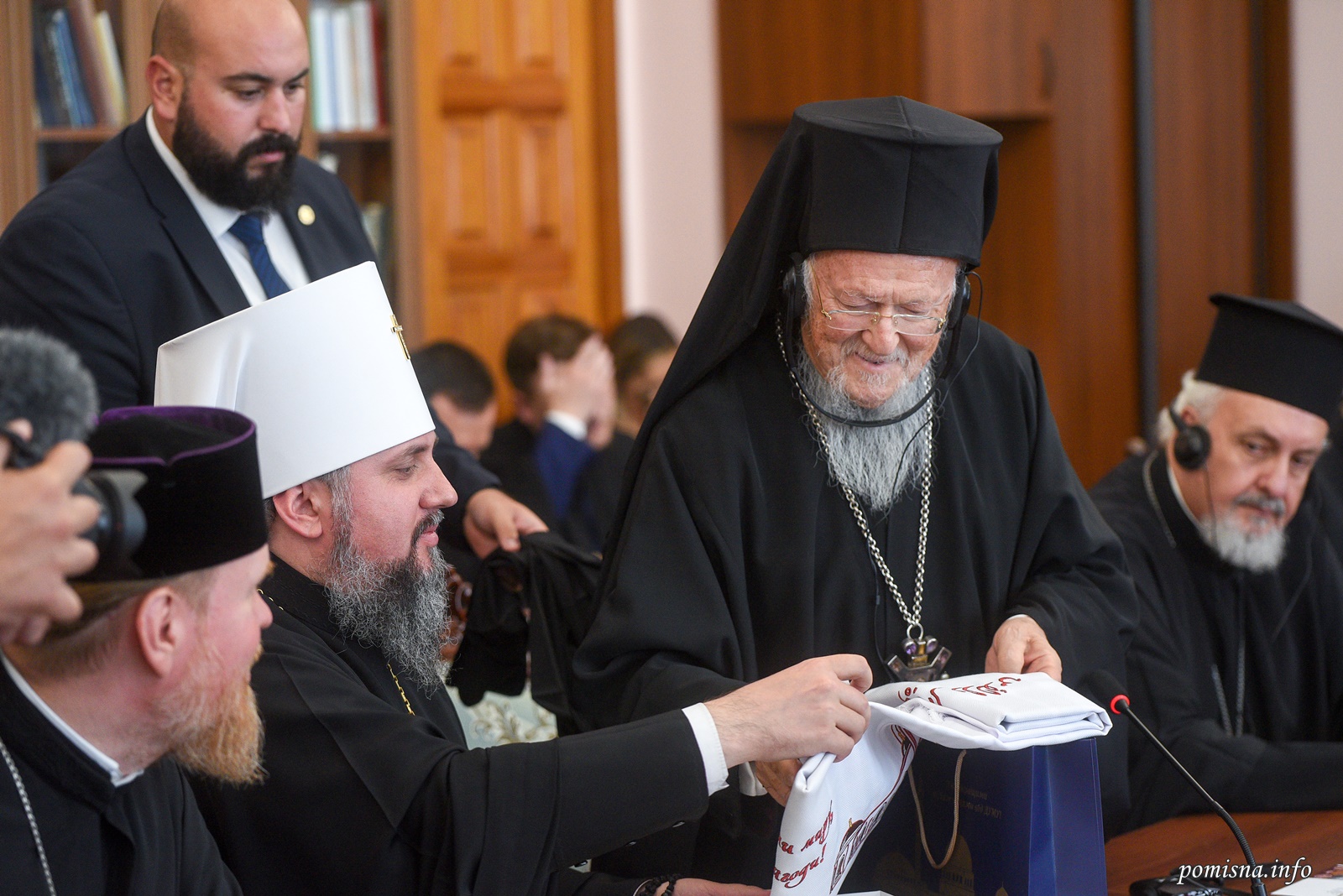 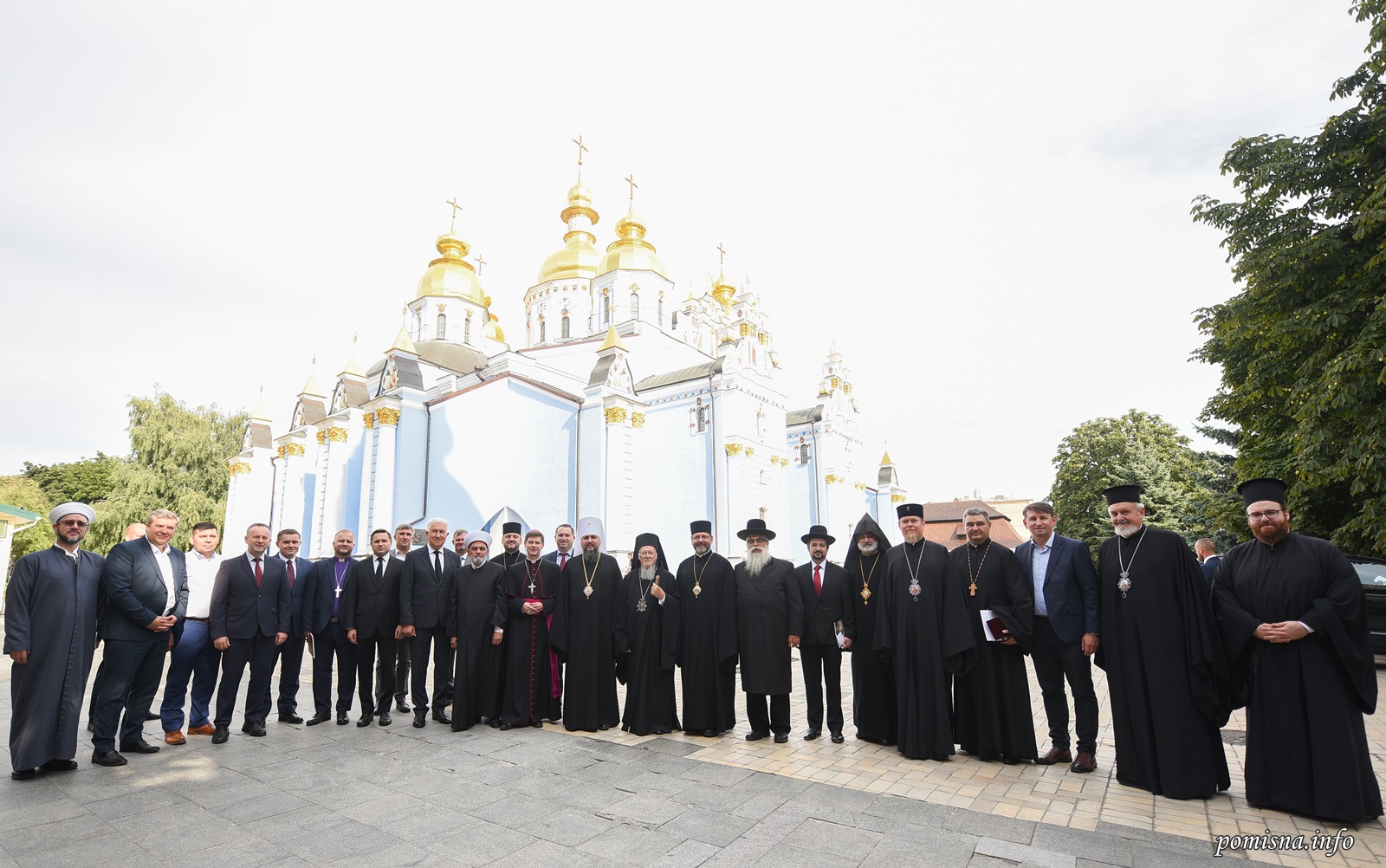 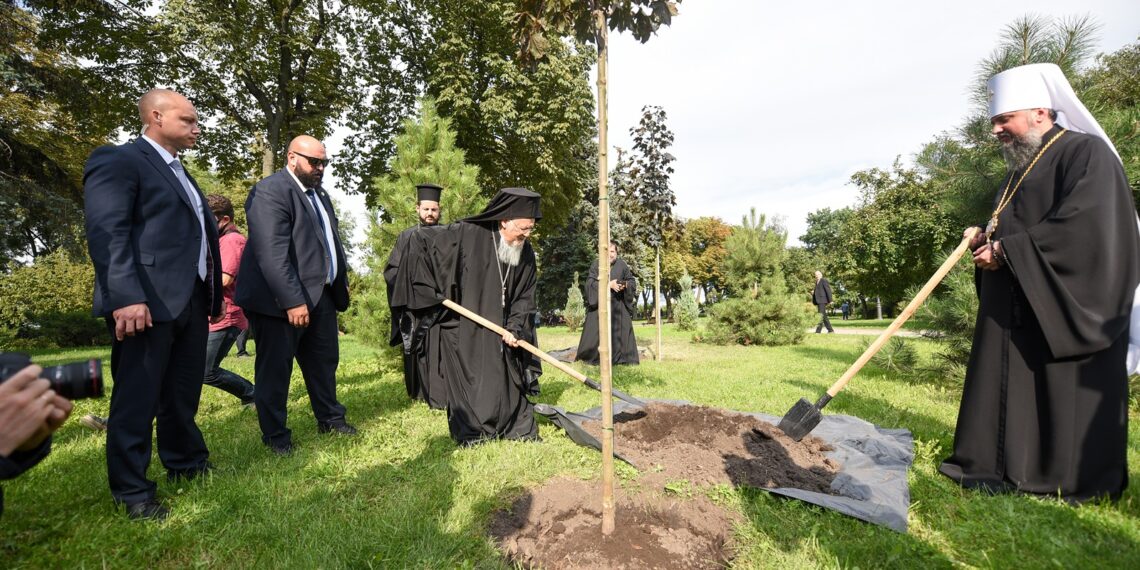 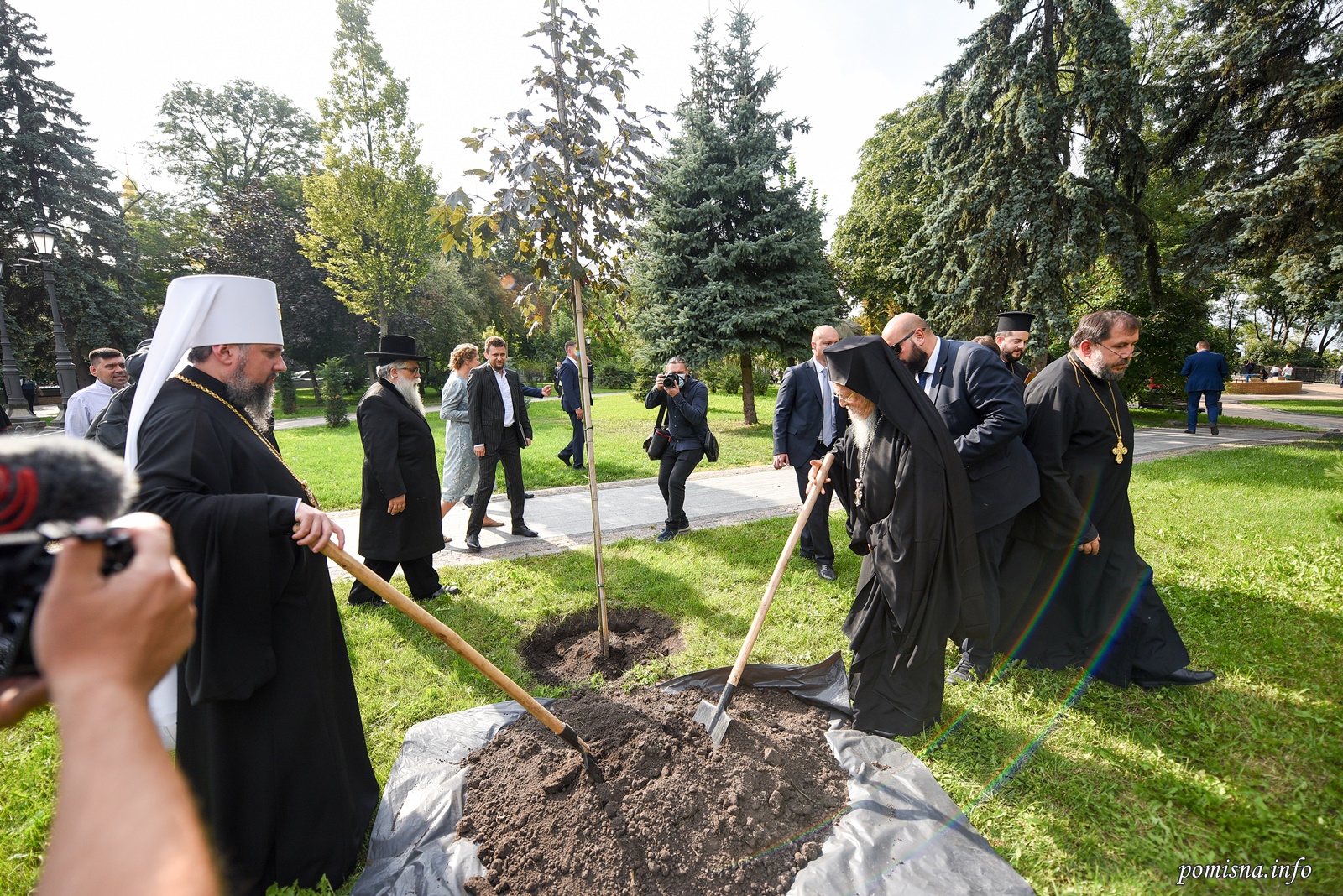 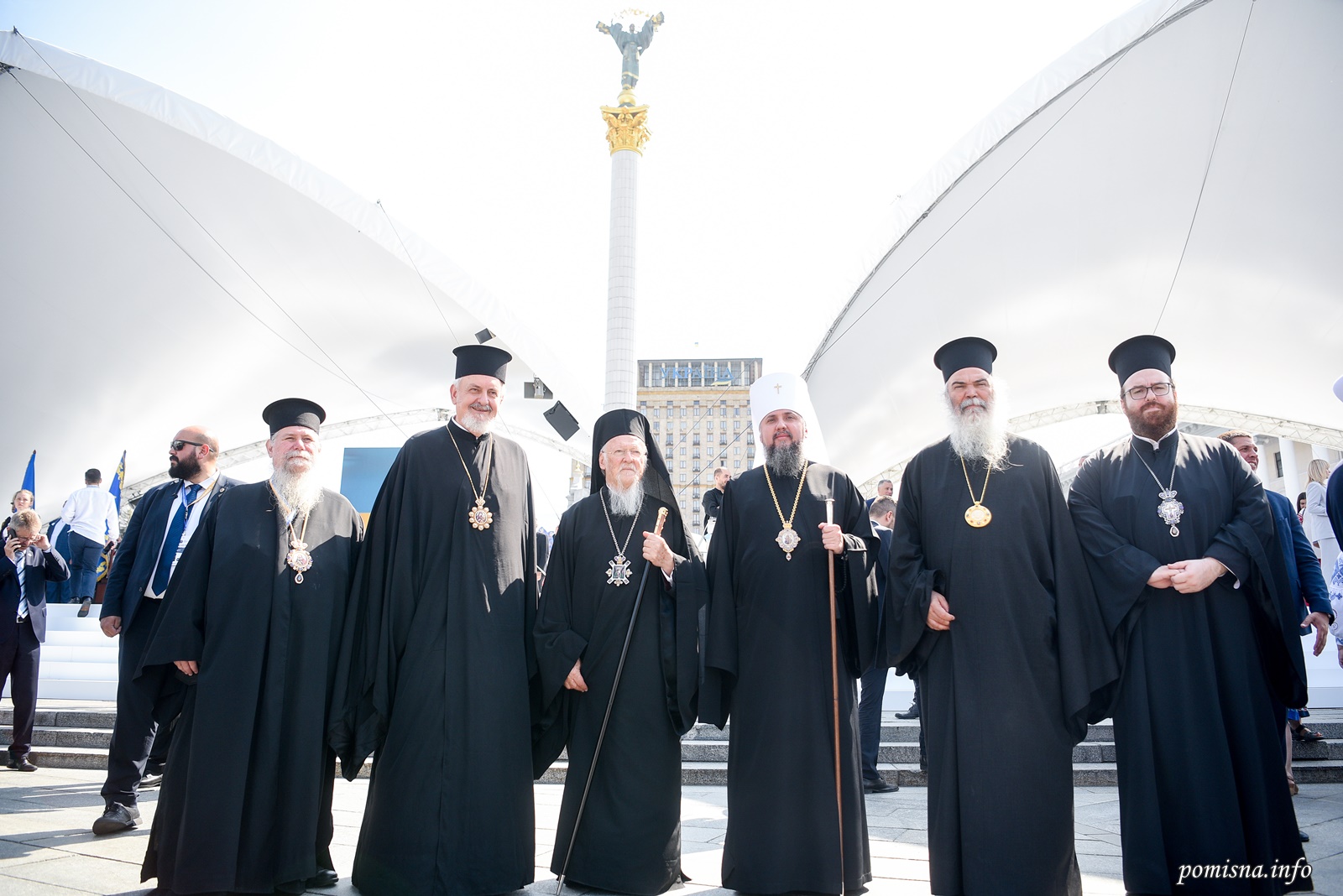 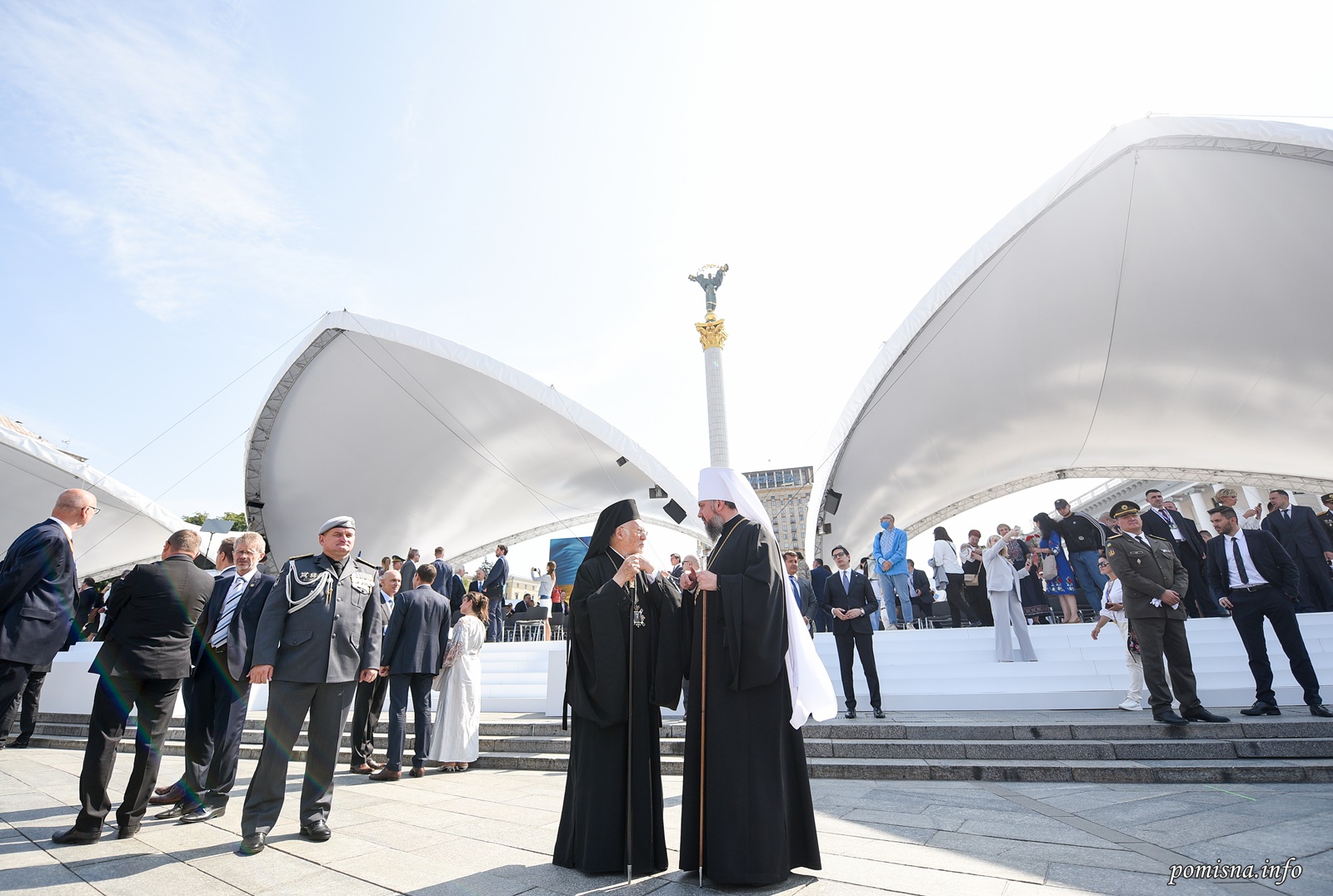 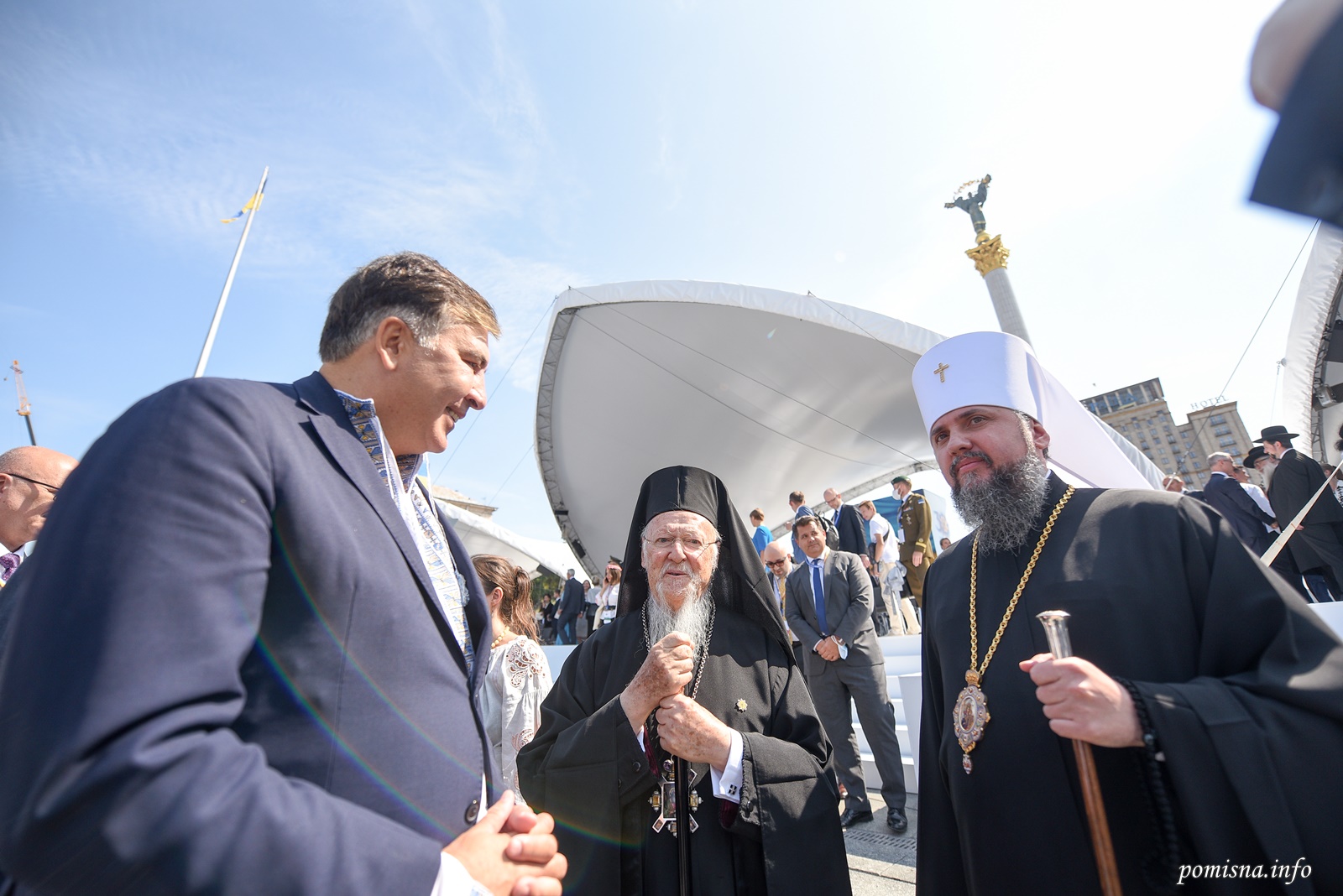 Theofany: God’s response to the humility of Christ

Christmas: The apotheosis of weakness

Memory of Venerable Moses the Ethiopian of Scete

The Metropolitan of Kiev Epifanius recovered from Coronavirus

The press service of the Metropolitanate of Kyiv reports that the Primate of the Ukrainian Orthodox Church, Metropolitan Epiphanius,...