Ecumenical Patriarch Bartholomew departed on Wednesday, May 25, 2022, from Constantinople, for Greece, and specifically for Thessaloniki and Mount Athos, where, from next Friday, in the afternoon, he will pay a two-day pilgrimage visit.

The Ecumenical Patriarch, immediately after his arrival at the “Alexander the Great” Airport of Chrysoupolis, Kavala, will travel to the Holy Monastery of the Ascension of the Savior, in the village of Taxiarches in the prefecture of Drama, where he will perform a Trisagion service before the grave of the late Metropolitan Pavlos of Drama, champion of the rights of the Mother Church and Ηis personal friend. Later, at noon, the Patriarch and his Entourage will depart for Thessaloniki.

In the afternoon, the Ecumenical Patriarch will visit Metropolitan Anthimos of Thessaloniki at the Metropolitan Palace, as he will hold a series of meetings.

He will then attend an International Conference organized by the Faculty of Theology of the Aristotle University of Thessaloniki on the occasion of the completion of thirty years of his continuous Patriarchy at the Ecumenical Throne, and an event of the same University Foundation for the award of the doctorate in honor of Professor Vlasios Pheidas.

He will also attend the inauguration of an exhibition of photography, dedicated to Imbros, hosted at the Vlatades Monastery, as well as the inauguration of the headquarters of the Association “Byzantine World”. In addition, he will ordain Chrysostomos Stamoulis, Dean of the Theological School, to an offikialio of the Ecumenical Patriarchate.

On his way to Mount Athos, on Friday, the Ecumenical Patriarch will visit Nea Tenedos and Nea Triglia successively, and in the afternoon he is expected to enter the Athonite State, where his official reception will take place in Karyes and then a Doxology will be held at the Church of the Protaton.

During his stay on Mount Athos, the Ecumenical Patriarch will visit successively the Holy Monasteries of Iviron, where he will stay the first night and will officiate the next day as a priest in the Chapel of Portaitissa, Karakallos, and Megisti Lavra, as well as the Athonite Ecclesiastical Academy, while on Sunday, in the morning, he will preside over the Patriarchal Divine Liturgy at the Church of the Protaton.

On the afternoon of the same day, on his way to Thessaloniki, he will visit the Holy Patriarchal and Stavropegic Metochion of the Annunciation in Ormylia, Halkidiki, where he will perform a Trisagion service at the tomb of the late Elder Emilianos Simonopetritos.

Shortly before his departure for Constantinople, the Ecumenical Patriarch will visit the seat of the Imbrian Association of Macedonia and Thrace.

Metropolitan Apostolos of Derkoi was appointed commissioner of the Ecumenical Patriarch, who referred him to the City Airport, along with Grand Protosyncellus Theodore. 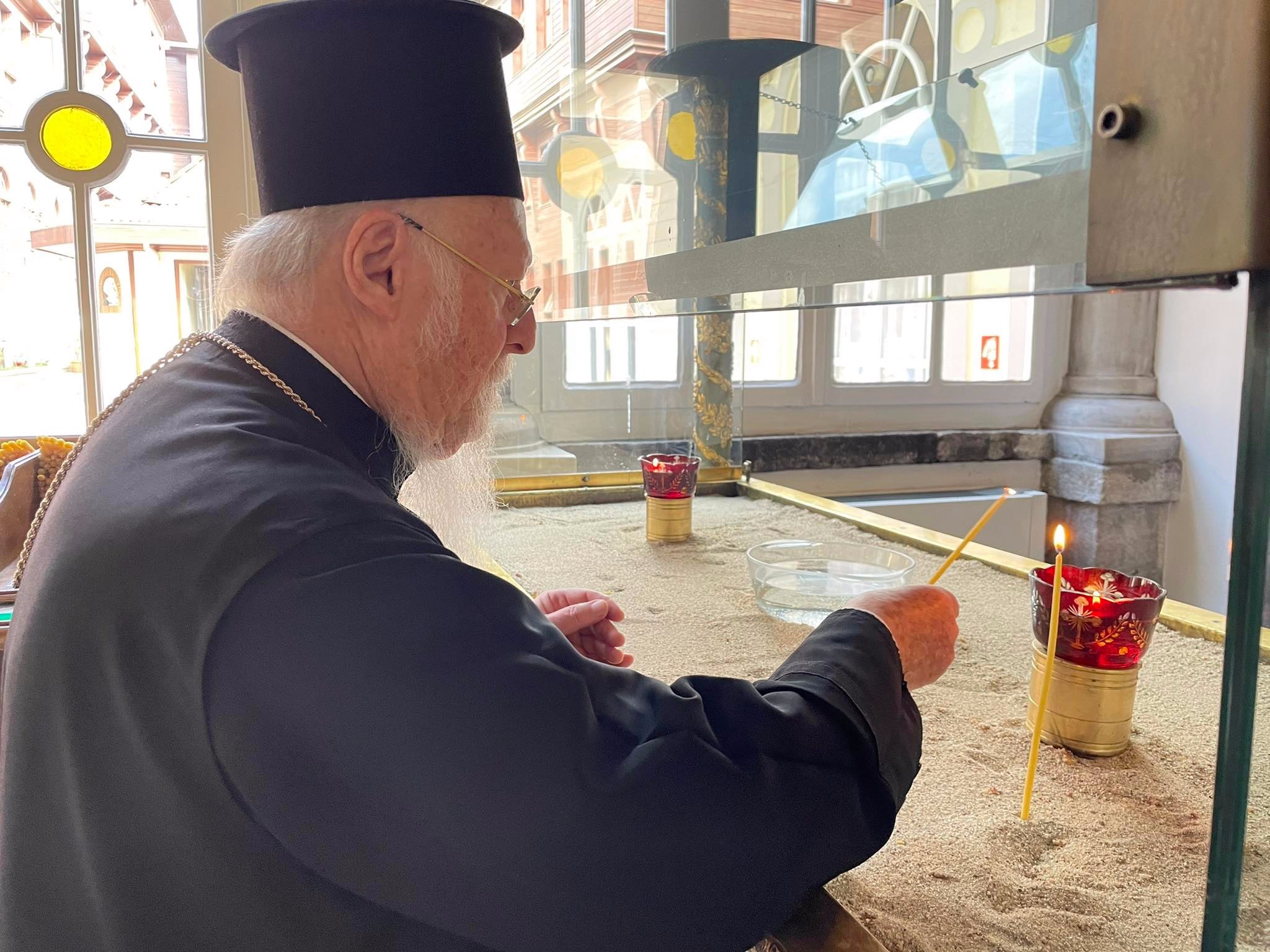 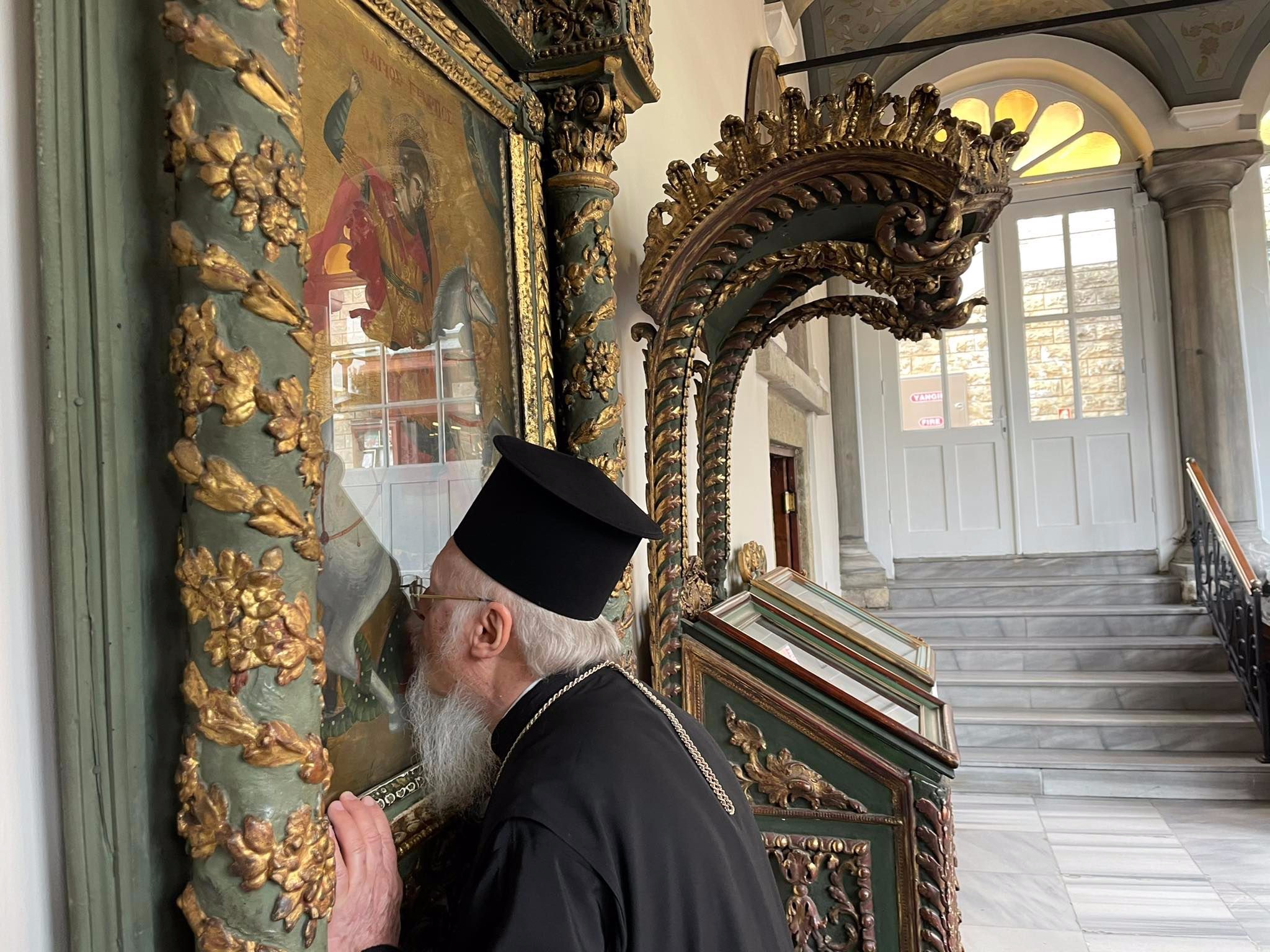