Easter traditions in the time of the coronavirus

On other such days, the Orthodox in Greece were preparing to pay their respects to the Passion of Jesus, venerate his sacrifice, and celebrate His Resurrection.

This year, however, due to the coronavirus pandemic, Easter will be celebrated in Greece in a different way, that is, behind closed doors and being less festive, which, however, may be an opportunity to rediscover its inner splendor, says to ANA-MPA Dr. Aikaterini Polymerou-Kamilaki, scientific collaborator of the Research Center of Hellenic Folklore of the Academy of Athens.

Although, due to the restrictions on movements, many people will not travel to the countryside this Easter, but some customs can be observed even under the current restrictive measures.

Researchers claim that this method of cooking the lamb was also known to the ancient Greeks, who, forty days after the death of their relatives, cooked next to the grave because they believed that the dead also participated in the meal. In the Christian tradition, the lamb represents Christ who sacrificed Himself for the humankind. John the Baptist likens Jesus to the Lamb of God who will take away the sins of the world. This year, however, to avoid mass gatherings in pilotis space and courtyards, the custom can be observed with the lamb cooked in the oven.

The Holy Mystery of the Holy Unction takes place on Holy Wednesday. The faithful receive the anointing, while various ingredients, such as flour, salt, and eggs, are also blessed. Besides, they revive the sourdough with which they make the bread. On Holy Wednesday, the female sexton would go from house to house in Athens collecting flour and kneading it without yeast. The priest was putting the Cross with the Holy Wood on the dough and the dough was rising. That would be the dough of the year. The female sexton then distributed it to the houses.” The people was kneading this dough to make bread. In Crete, there is a similar custom on Holy Friday, when the priest reads the first Gospel. “The sourdough is being renewed,” as they say, Polymerou-Kamilaki describes to ANA-MPA. 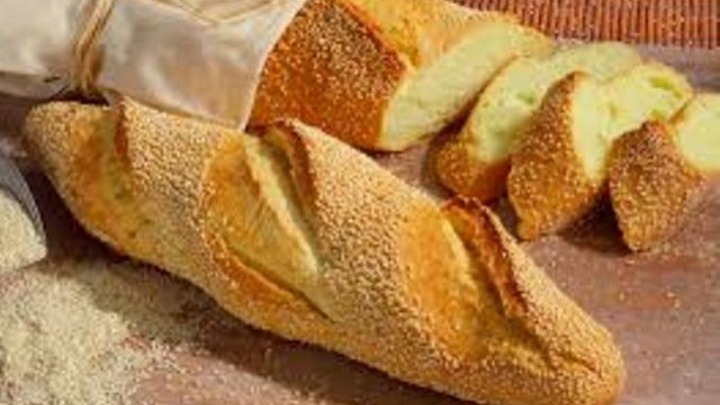 “Holy Thursday or Red Thursday is the very day of preparation for the Resurrection. In the morning, the faithful dye the eggs, put the first egg – they used to place an egg from a black hen – in the iconostasis and throw the old one in the river or they used to keep it for seven years so that its yolk transform into an amber-like substance, which, in turn, will be an amulet for the pregnant women (known as kratitiras ‘to hold the baby and prevent miscarriage’). They make the sign of the cross with it when the children are sick. The number of eggs to be dyed is predetermined, the container must be new and the water with the dye is not spilt or taken out of the house. They used to put the first egg they dyed in the first agric row, when they started sowing for the wheat to be as clean as the egg, but also for the seed to germinate,” says Polymerou-Kamilaki.

When asked why the eggs are dyed, she notes: “When Jesus Christ was resurrected, they told the news to a peasant woman. She did not believe them and told them: “When the eggs turn red, then Christ will be resurrected.” And they miraculously turned red. And since then they have been dying red eggs.” Another explanation is that they are dyed red for they represent the blood of Christ or the joy of the Resurrection and the prevention of evil. For the same reason, the windows and balconies are decorated with red cloth. Then they go to church to receive the Holy Communion and then knead the dough to make the Easter bread and koulouria. The Easter koulouria are made with the sourdough of Holy Wednesday. All Easter koulouria are decorated with red eggs. The koulouria made on Holy Thursday are offered to parents and godparents on Easter Monday as an antidoron for the candle and other gifts they gave to their godchildren. 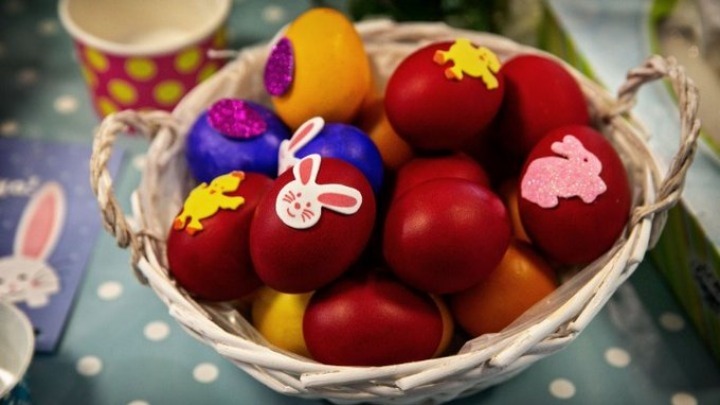 Although they are made all year round, the tsourekia with the red egg in the middle are very popular during the Holy Week. They represent the Resurrection of Christ as the flour “comes alive” and “transforms” into bread. It is a sweet holiday bread made in many neighboring countries under various names. In Greece, it is also called lambrokouloura or lambropsomo (‘Easter bread’).

Memory of Saint James the Brother of the Lord

Exhibition for the 2,500-year anniversary of the Battle of Thermopylae and the Naval Battle of Salamis

Memory of Venerables Barnabas and Hilarion

Bulgarian medics in appeal to celebrate Orthodox Easter at home

The historic church of Agioi Anargyroi, which is one of the oldest churches of the Greek Community in Egypt,...

Metropolitans’ “attack” on Ecumenical Patriarch, Archbishop of Cyprus for recognition of Ukrainian autocephaly

Metropolitans of Limassol Athanasios, Nikiforos of Kykkos, Isaias of Tamasos, and Bishop Nikolaos of Amathous issued a statement expressing...

Turkish President Recep Tayyip Erdogan launched an attack on Greece and the French president, speaking at the 7th provincial congress...

Archbishop of America: Historic day in Church of Cyprus

Archbishop Elpidophoros of America welcomed the decision of Archbishop Chrystomos of Cyprus to recognize the Orthodox Church of Ukraine...

The reaction of the Russian Orthodox Church was immediate following the decision of Archbishop Chrysostomos of Cyprus to commemorate...